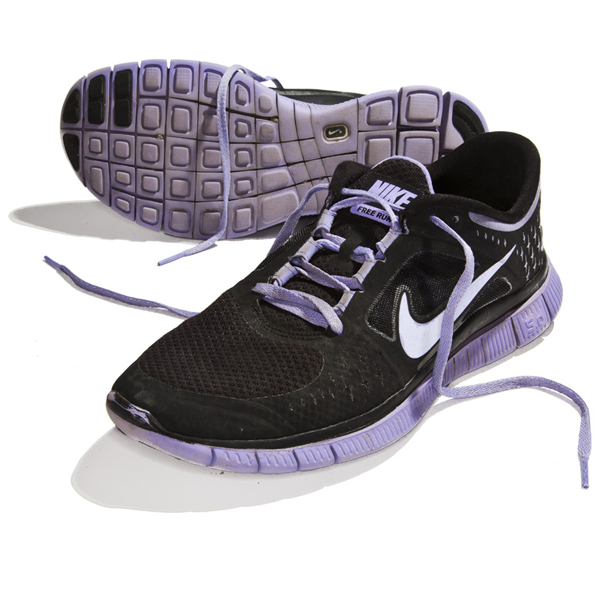 April 15, 2013: the day after my 19th birthday and the day I would run the 117th Boston Marathon. I decided to run the marathon with Boston College’s Campus School Marathon Team, an infamous group of bandit runners, in honor of my mother, Audrey. My beloved mother was an avid marathon runner who unfortunately suffered a career-ending neck injury. After six months of waking up early, completing long runs, popping blisters, and icing my sore feet, I was ready to run past my Boston College peers at mile 21 and cross the finish line on Boylston Street with my fists raised. However, I never got to experience this. Instead, these shoes carried me five additional miles as I walked back to the Boston College campus after witnessing the terrifying attacks. Now, my purpose for running has changed. Not only do I run for my inspirational mother, but I also plan to run more marathons, such as the 2013 Philadelphia Marathon, in the near future for all runners and innocent bystanders who were affected by this tragedy. I am not afraid anymore because not only is Boston Strong, but I am strong and I will cross my finish line.