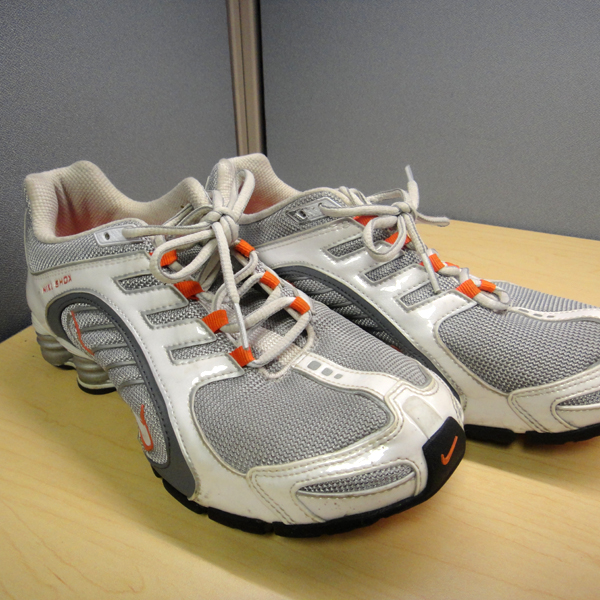 As I looked at my phone, I knew that she would be crossing in about 10 minutes. My son had not returned to my side so I sent him a text asking where he was. A loud blast went off behind me and me and the other spectators turned around confused to see a cloud of smoke. Before we could process it, another louder, more intense blast went off and everything turned to complete chaos. People were running and screaming and in complete shock of not believing what was happening but stuck in fear because of what they knew was happening.

I was shaking and crying in fear walking back toward where the bombs went off, praying that none of the injured or dead were my son because I know that at the time that the bombs went off; he was making his way back to meet me. As I looked at the countless injured people laying on the ground and also at someone, who I was sure was dead, I tried to call my son. At the time I didn’t know that the cell phones had been shut down, so my fear intensified as to why he was not answering. I kept walking, searching. I called my mom and she answered and told her what happened and that I couldn’t find my son. I called my son’s phone multiple times again until he finally answered and we reunited on Newbury Street. He was terrified and we hugged tightly and cried for what seemed like forever. He told me that as he was walking toward me, he saw both bombs go off and got scared because he knew that I was there, but he couldn’t do anything because the police and people were pushing him away for fear that there may be more bombs. Just as I was frantically trying to get in touch with him, he was frantically trying to get in touch with me. He fortunately, didn’t witness anything other than just the bombs going off. We were able to get in touch with my sister, who had been at the 25-mile mark when the race was stopped and after an hour finally connected with her and left the city.

I didn’t sleep the whole week and cried a lot. Life is slowly getting back to normal, and the images are fading. I have great family and friends and they have been helping me to process and move on from the horror of the day. The events are still a shock to me, such a beautiful and joyous day to be turned into such horrible memories. I take strength from the countless survivors, runners, spectators and first responders. I will return to the Boston Marathon, not as a runner but as a spectator who will cheer on all of the runners. I may not be at the finish line, but I will be at the race.