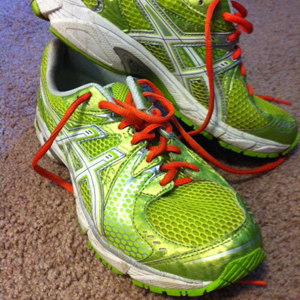 It was my first Boston Marathon. I qualified in October 2011. In February 2012, I had a ski accident and two knee surgeries. My doctor told me that there was no way I should be running any long distance at all and especially not so soon after my second surgery. But there was nothing that was going to keep my from trying! I was stopped at mile 25.5, just before the underpass. I had heard the two loud booms, and just thought they were cannons. It was Patriots Day, after all …

It took about three hours, a kind soul who gave me a garbage bag for warmth, and several wonderful people who let me use their cell phones to finally connect with my husband, who was at the finish line waiting for me … ever so thankfully … unharmed. I still get so very emotional when I think about it. It becomes overwhelming. A week later, I connected with those people whose phones I used that day. I heard back from all of them—they’re from Virginia, Oregon, and Hawaii. We live so far apart, but we have a link that will remain for a very long time. I can only hope and pray to return to that starting line next year and cross that finish line, for all the victims and their families, and for all of us that need closure. We love you, Boston … you are strong