An Update on the MGH Cancer-Detecting Smartphone App 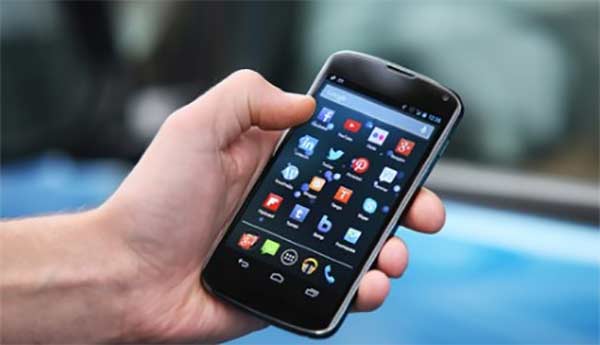 Smartphones are extremely versatile with their apps and capabilities, but now they can also detect cancerous tumors. Researchers at the Massachusetts General Hospital Cancer Center began developing an inexpensive diagnostic mobile app and apparatus two years ago that can do just that. Their groundbreaking research has been advancing steadily since then.

A quarter-sizedminiaturized cube-shaped apparatus attaches over the smartphone’s camera lens and complements the app. Its operation is akin to the shadow puppets of yesteryear. “When one shines light strikes at an object, you get shadows are formed,” says Cesar Castro, MD, a co-lead investigator of the project, “and whenever that light hits any objects itthrough the gets scattering of that lighted in different directions (also known as diffraction).”

Dr. Castro’s team developed a library of small plastic micrometer beads in a variety of sizes that with various cancer markers are attached to them. With the cube device, Tthey then place these beads alongside take some tissueclinical samples ¾ blood or a small needle biopsy from a superficial mass ¾ put it on a slide and “incubate” the beadsand allow them to interact. A cell, cancerous or not, appears as a relatively round object. “If there is target engagement occurs ¾ meaning that the markers finds theirits corresponding sites on the actual cell ¾ then that means thesuch cancer markers areis present oin that cell,” Dr. Castro says. In other words, if one views itwhen viewed on thea smartphone, a cancerous cell would be intimately surrounded by beads. If cancer markers are not present, the beads would float around (scatter) haphazardly.

A game changer in under-served locales …

In addition to the affordability of the device (currently about $50 for the cube but expected to be less with mass production), it could replace a larger, more expensive diagnostic platform in remote, under-served areas. “The biggest bottleneck in these low- to middle-income countries is pathology,” Dr. Castro says. “There are only a handful of pathologists serving vast numbers of patients.”
The mobile device would not completely replace a pathologist, but it would be used in a way to triage and identify high-priority cases that should move to the front of the line. One of the challenges when analyzing diffraction images is that the picture can be inherently noisy and uninterpretable. To alleviate the problem, the Mass General team created algorithms to deconstruct the noise back to the native image. “The power of our approach is that the computation takes fractions of a second, while actual sample and bead analyses can generally take an hour.“

The smartphone acts as a medium that captures the image, transmits it to the Cloud where the computation occurs, and then receives back a clinical readout. Quite often, when a patient in a remote location presents to the local clinic, he or she would expect to wait days to weeks before their biopsy is read. Trying to locate them to return for treatment can be difficult. The app can be customized to indicate “malignancy” or “high suspicion” or “needs further biopsy” at the point of care, so the patient can be further evaluated without delay.

“The goal is to unload clinicians from performing all testing,” Dr. Castro says. “Nurses, lay personnel, and community workers could train their peers to conduct the studies — an example of a sustainable technology leveraged to empower under-served communities.”

Dr. Castro’s team has received two grants to keep their work going. The first, from NIH (National Institute of Health), is for lymphoma diagnostics in Botswana. “We will soon enter our second year, and we’re trying to render the technology more sophisticated by creating multiple bead libraries for simultaneous testing using small amounts of tissue,” Dr. Castro says. The major issue and urgency with lymphoma in Sub-Saharan Africa is its close association with the HIV epidemic.

The second grant is through the V Foundation for Cancer Research, named in honor of former college basketball coach Jim Valvano and sponsored in part by ESPN. The funding here will give them a chance to transform breast cancer diagnostics in Botswana. Doctors there don’t have the resources to perform immunohistochemistry, the “gold standard” pathology approach taken for grant in developed countries. For that reason, they treat all breast cancer patients with a drug called tamoxifen that is only appropriate for estrogen- or progesterone-receptor positive cancers. This is important to note because tamoxifen may interact adversely with HIV medications, reducing its efficacy for HIV control. As such, proper classification is imperative to justify therapies.

During the first two years of each grant, researchers optimize the technology, and in the remaining two or three years they conduct actual field application.

Next on the agenda …

“We’re finalizing the actual technology for the smartphone itself, and in parallel we’ve developed a stand-alone unit the size of a tissue box,” Dr. Castro says. The team hopes to equip it with expanded options for use in mobile vans or local clinics. “It’s a more enhanced version of the smartphone approach for higher throughput,” he says.

By the end of 2017, the Mass General team plans on transitioning to Botswana. “We’re excited about how the intermediate term funding Dr. Castro says, “will allow us to focus on our work on the global stage.”

Looking down the road, Dr. Castro believes there are opportunities to use the revolutionary mobile device technology for other cancers, such as cervical cancer. Since smartphones tag photo locations, they could be used in cancer research to pinpoint the location of cancer clusters, or for more detailed epidemiology studies.

“Sometimes when you start developing too sophisticated technologies for niche needs, the gap between the haves and the have-nots widens,” Dr. Castro says. “This is an opportunity to [offer] all populations, a robust and sophisticated technology that embraces accessibility and practicality. That’s what the world needs.”

Read the first article in this series.