From Chart Toppers to Global Legends, Here are the Must-See Boston Concerts for Every Music and Dance Taste

Behind every lively cosmopolitan city is a rich culture. In many beloved cities, that richness and breadth is often led by global influence and spotlights on international talent—from food to fashion to fine and performing arts. This is also what makes living in the city so exciting. It gives us the opportunity to take in the diverse perspectives and beauty of many cultures.

In Boston, Global Arts Live has been championing the international performing arts arm of the city’s rich and diverse culture since 1990. “I look for a wide range of music and dance, representing different cultural and artistic perspectives,” says Maure Aronson, Global Arts Live Founder and Director of Artistic Programs.

Aronson has organized a fantastic roundup of artists for the coming year, working alongside the nonprofit’s Chief Executive Officer, Connie C. Chin. “This is a vibrant, international city and we feel it’s important for our concerts to reflect that by representing many communities, cultures, and backgrounds,” Chin says. With artists hailing from five continents and countless countries, Global Arts Live will be doing just that this winter and spring.

Here are just some of the performances, from international legends to new artists making waves in the global and local music scenes, that you can look forward to in the winter and spring of 2023—no matter your favorite concert scene.

If it’s dance you’re after this winter, Global Arts Live is bringing its third Dance Fest to the Emerson Cutler Majestic Theatre for three consecutive Saturday nights from January 21 to February 4. The Winter Dance Fest will feature genres spanning from hip-hop to contemporary, so there’s something for everyone—and ample opportunity to explore new genres.

Prepare to be amazed first by Compagnie Hervé KOUBI on January 21, an incredibly dynamic troupe of Algerian, Moroccan, Bulgarian, Italian, and French dancers. Based on hip-hop and contemporary dance, their work calls on the influence of capoeira (Brazilian martial arts) as well as spiritual Sufi imagery. With these cultural connections coming to Boston, you can travel the Mediterranean with just your Charlie Card in hand—no passport necessary.

Next, on January 28, the legendary Rennie Harris Puremovement dance company will bring its iconic production of Rome and Jewels for a celebration of the 30th anniversary of the company (the longest-running street dance company in American history). Rome and Jewels is a hip-hop retelling of Shakespeare’s Romeo and Juliet, a story of fear, love, violence, and triumph set in the streets of Philadelphia.

On February 4, in the finale of the Winter Dance Fest, get to know the art of contemporary ballet with BalletX, the Philadelphia-based dance company praised for being “among America’s best” by The New York Times. At their concert in Boston, they’ll present Credo by Matthew Neenan, Become a Mountain by Justin Peck, and Exalt by Jennifer Archibald. 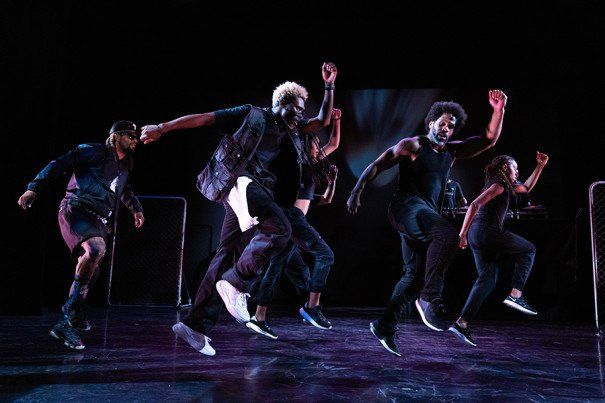 When Aronson curates international music for our Boston stages, he looks for artists that offer fantastic live performance experiences that connect with audiences. This winter, Aronson has chosen some of the best-suited for that job, selecting global music icons to bring the best of the best from around the world right here to Boston.

Best known as founder of the Buena Vista Social Club and reviver of classic Cuban music, Juan de Marcos has assembled a dream team of Cuba’s hottest musicians to create Juan de Marcos and the Afro-Cuban All Stars, who will be performing at Berklee Performance Center on February 25. You’ll get to hear a blend of contemporary and traditional Cuban music from Cuba’s most talented young musicians.

The Hot Sardines are bringing smoking hot jazz to Boston on March 4 at Berklee Performance Center, turning jazz songs from the past into effortless contemporary numbers. You’ll recognize the energy and sounds of New York speakeasies, Parisian cabarets, and New Orleans jazz halls, transporting you to a different time and place for the night.

One of Brazil’s greatest musical icons, Djavan, is coming to House of Blues on Saturday, April 22, giving Bostonians a chance to hear his beloved, four-time Latin Grammy-winning music live, in-person. Djavan will play songs from his 25th studio album “D” and hits from throughout his career. Djavan is touring the US with his full band after a 13-year hiatus, so his performances are already highly sought-after—get your tickets while you can.

Cesária Évora Orchestra will pay tribute to Cesária Évora, the famous Grammy-winning Cabo Verdean singer with a legacy that takes her music around the world even now, more than 11 years after her passing. The Orchestra consists of members of Évora’s original band and top Cabo Verdean talent like Lucibela, Elida Almeida, Nancy Vieira, and Teófilo Chantre, who spread Évora’s iconic music to lucky cities like Boston. Find them at Berklee Performance Center on Sunday, April 23. 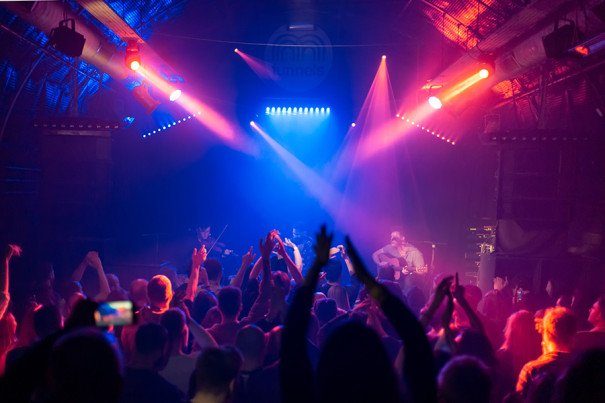 Hot Global Grooves to Warm Up Your Winter

One of the best ways to get warm in the winter? Get moving on the dance floor! And Global Arts Live has just the music to keep you on your feet. Start with Son Rompe Pera and Meridian Brothers on January 12 at Crystal Ballroom at Somerville Theater for a punk-rock spin on cumbia rhythms and contemporary takes on Mexican, Peruvian, and Colombian classics.

Hypnotic, rhythmic, and integrative, Tamikrest is another great opportunity for Bostonians to take in global music, coming to City Winery on January 13. Tamikrest means “junction, connection, knot, coalition” in the Tamasheq language, a concept enacted by the band’s Tuareg desert blues music through its band members from Mali, Niger, Algeria, and France.

Scottish folk music doesn’t get better than Talisk, the chart-topping band coming to Crystal Ballroom on February 16 with fast-fiddling, genre-bending, ground-breaking music that you and your friends are sure to love. Effortlessly fun music combined with masterful technique brings us one of Boston’s most heartwarming concerts of the winter.

Head back to the Crystal Ballroom on March 11 and you’ll be in for a real treat with Red Baraat. NPR calls them “The best party band in years,” merging distinct North Indian bhangra with notes of hip-hop, jazz, and raw punk. The energy of a Red Baraat concert is an absolute must-experience.

Born into a Gambian griot family (traveling poets, musicians, and storytellers from parts of West Africa), Sona Jobarteh shares a unique blend of different musical styles with her electric Afropop band who play songs about cultural identity, gender, education, love, and respect. Recently featured on 60 Minutes, Jobarteh is the first woman within the griot tradition to master the kora, a West African stringed instrument. You’ll be feeling Sona Jobarteh Band’s smooth-flowing energy for days to come. See her at Somerville Theatre on April 22. 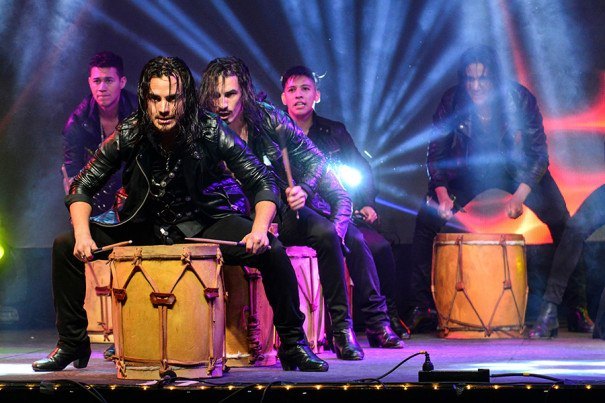 Malevo | Courtesy of the artist

The whole family is guaranteed to love Ladysmith Black Mambazo, South Africa’s legendary a cappella group known for their singing featured on Paul Simon’s Graceland album and their two hit songs featured in The Lion King 2. Impossibly smooth harmonies and high energy come together to create some of the world’s best mbube, South African a cappella singing, and a musical experience you won’t soon forget. See them at a special matinee performance on March 19 at Sanders Theater in Cambridge.

If you’re looking for a captivating evening with plenty of action and rhythm, don’t miss Malevo, an all-male percussive dance group from Argentina that specializes in Malambo, a traditional Argentine folk dance. Catch them at Berklee Performance Center on March 25. Their performance merges tradition with contemporary urban percussion and other dance styles to create a thrilling theatrical experience. You may recognize them from their performance on America’s Got Talent!

For a visually and sonically thrilling show, come experience Yamato, the Japanese taiko drumming group performing at Berklee Performance Center on April 8. They’re touring their new show, Hinotori-The Wings of Phoenix, that will bring more than 20 drums as well as bronze cymbals, vocals, and bamboo flutes to the Berklee stage.

For tickets and information call Global Arts Live at 617-876-4275 or buy online at globalartslive.org.