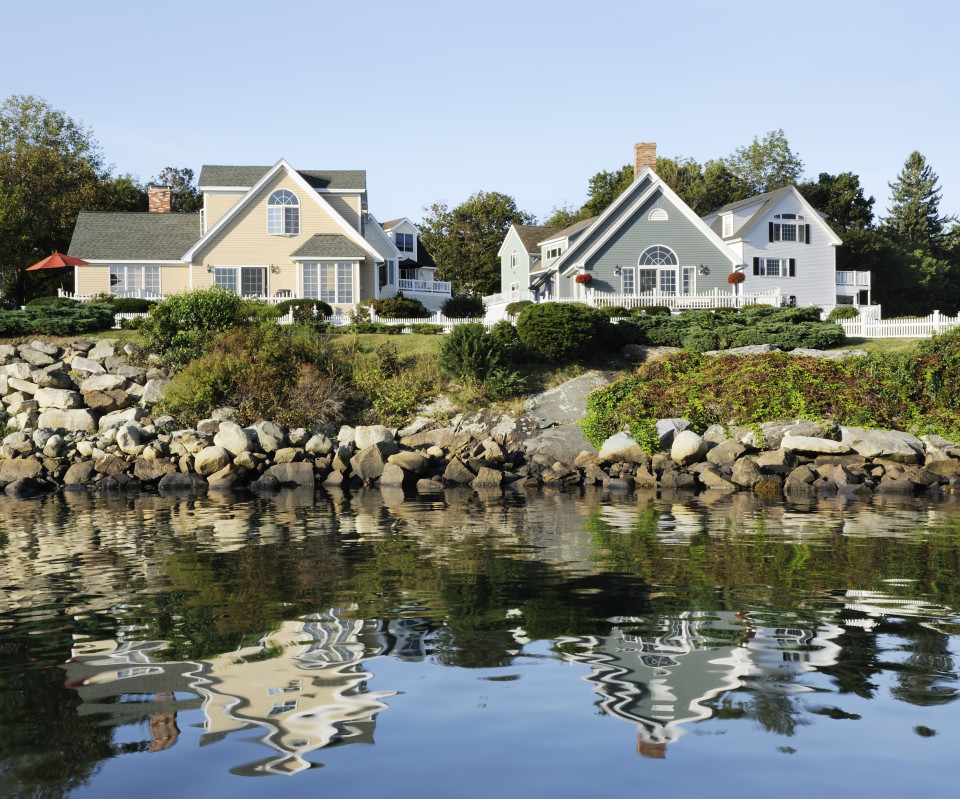 Boston-area houses are in high demand this year, as historically-low interest rates are driving buyers to take the leap and close deals on the home of their dreams. As the weather warms, local residents are trading in their cramped Downtown Boston apartment for a spacious home or townhouse in the bucolic regions outside the city.

Finding that perfect home shouldn’t be intimidating. The suburbs surrounding Boston provide an entry point for first-time buyers of every budget to step onto the property ladder.

To help buyers figure out which Boston suburb they should call home, the team from Prevu Real Estate compiled a list of the most-searched suburbs to start 2021.

Duxbury is a quaint South Shore suburb located about 35 miles away from Downtown Boston, primely positioned on the Atlantic Ocean waterfront. New homeowners moving to Duxbury can take the scenic Route 3 to I-93 to reach Boston, or drive over to Kingston to take the commuter line north. While residents give up immediate access to the Boston neighborhoods, buyers moving to Duxbury instead have numerous beaches, wetlands, and woodlands to explore.

Formerly known for shipbuilding—Duxbury had 20 shipyards and produced ten three-masted ships a year—today, Duxbury is defined by the large mansions residing on expansive properties near the ocean. South Duxbury is where residents can stop in for a bite at the Foodsmith on Standish Street or go shopping at one of the boutiques surrounding the five-way intersection.

Buyers checking out listings in Duxbury can expect to find gambrel Dutch-style homes from the 1950s and refurbished Colonials dating back to the early 1800s. In fact, the oldest property in Duxbury is the John Alden House, constructed in 1630 by Alden, one of the original settlers of the Plymouth colony.

Browse listings for sale in Duxbury

Surrounded by farms, forests, reserves, and waterways, Walpole is the perfect place for Bostonians seeking outdoor escapes just outside of the Boston suburbs.

Named after Robert Walpole, the first prime minister of Great Britain, settlers founded the town in 1659. Industrialists used the Neponset River to power the mills needed to create exports like paper, lumber and cotton.

Housing developments occupy the land where these industrial powerhouses once stood. For generations, the Neponset was the main corridor for commercial traffic coming in and out of Walpole, but commuters today board MBTA trains on the Franklin line at the Walpole stop. I-95 is another main throughway in the suburb, connecting drivers to I-93 towards Boston.

After a day of working from home, homeowners in Walpole have access to giant outdoor spaces like the Francis William Bird Park, but they can also eschew the woods for an afternoon at the Walpole shopping mall.

For dining, new residents in Walpole can frequent Main Street to dine in at establishments like The Raven’s Nest Pub & Restaurant across from the town commons. Buyers coming to Walpole can find restored homes from the late 1700s in the northern reaches of Walpole, but there are also modern takes on Victorian-style houses.

Browse listings for sale in Walpole

If Framingham is too far from Boston, then buyers can find luxury accommodations in nearby Wellesley. Settled in the 1630s, Wellesley became a popular retreat for Bostonians in the 1920s. Many of the homes in the region date back to this era, so buyers can expect to tour Cape, Colonial, and Victorian-style homes.

Sitting on the outskirts of Boston, Route 9 runs west to east through Wellesley, providing residents with easy access to Greater Boston. The main shopping district is Wellesley Square, comprising Central Street and Linden Street, with Morton Park running between the two shopping corridors. Wellesley residents have access to fine steakhouse dining at Smith & Wollensky and can wander over to J.P. Licks for ice cream afterward.

Expect to see some elbow patches as you tour open houses, as Wellesley College is on the western side of the suburb, sitting on the shores of Lake Waban. The Wellesley Botanical Garden is at the college, but new homeowners can also take in the great outdoors at Centennial Park or the Boulder Brook Reservation.

Browse listings for sale in Wellesley

Settlers founded Framingham in 1700 along the historic Old Connecticut Path, and the region attracted Boston residents seeking a retreat from the city streets. In the years leading up to the civil war, Framingham is where the Massachusetts Abolitionist movement gathered to plan their efforts for ending slavery in the US.

Formerly known as the largest town in America, the City of Framingham is about 23 miles west of Boston via the I-90 corridor. Residents can travel to Back Bay via the Framingham-Worcester commuter rail for work, and make it home in time to explore one of the many parks or reservoirs surrounding the city. Lake Cochituate borders the eastern edge of Framingham, where new homeowners can explore Cochituate State Park, then make their way over to the largest shopping center in New England, the Golden Triangle.

Located between Worcester Road and Cochituate Road, the Triangle is an open-air shopping center, complete with small boutiques and big-box retailers providing residents with three square miles of shopping.

New homeowners can find Framingham State University and the historical Framingham Centre Historical Commons to the west of the Golden Triangle. Buyers looking for a town with an easy commute to Boston can find sprawling Colonial homes to the north built in the late 1980s. Older multi-family houses from the early 1900s are generally located in downtown Framingham.

Browse listings for sale in Framingham

Buyers seeking to move out of the congested streets of downtown into airy accommodations within commuting distance to Boston should keep Andover on their radar. Settled back in 1642, today Andover has about 30,000 residents.

Serviced by the Haverhill Line, Bostonians can easily travel to and from Boston by train, drive south along I-93 to arrive in downtown Boston, or head north to arrive in Lawrence. Bostonians working in tech can head south along these corridors to reach Kendall Square or the MIT campus.

Andover is a great place to move for lovers of the outdoors. Hikers can explore the Baker Meadow Reservation, the Cochran Wildlife Sanctuary, and the Goldsmith Woodlands.

The housing stock varies from Capes built in the 1950s to brickwork Tudor-style homes. The downtown area of Andover has a Whole Foods and a collection of restaurants and cafes where aspiring buyers can unwind after a day of visiting open houses.

Browse listings for sale in Andover

Home of the famous Ipswich clam, Ipswich is the perfect place for Bostonians seeking a shoreside retreat from the city. Founded in 1630 by the son of John Winthrop, the founder of the Massachusetts Bay Colony, Ipswich is where Reverend John Wise argued that taxation without representation was unfair to colonists under British rule.

Fast-forward to today, and Ipswich is a tranquil community where residents can explore beaches or take in the sights of the Sandy Point State Reserve. The Ipswich River runs directly through Downtown, where residents can frequent an eclectic mix of restaurants and enjoy a drink at the Ipswich Ale Brewery. Beyond beaches, Ipswich has plenty of nature reserves to explore, such as the Willowdale State Forest.

Despite the distance from downtown, new homeowners can get to Boston via the Newburyport-Rockport MBTA line or drive west to nearby Boxford to hop on the I-95.

There are many home styles for buyers to choose from in Ipswich, from single-family Colonial-style homes in downtown Ipswich to palatial manors by the sea for a fraction of the cost of a Back Bay condominium. 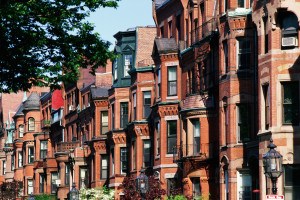 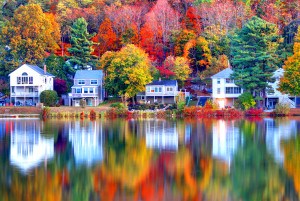 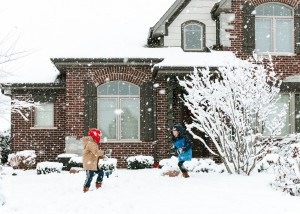 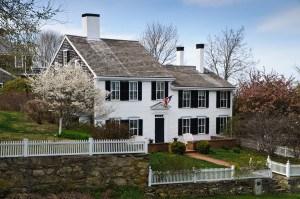 SPONSOR CONTENT Buying a Boston Home This Spring? This Brokerage Can Help Save You Thousands