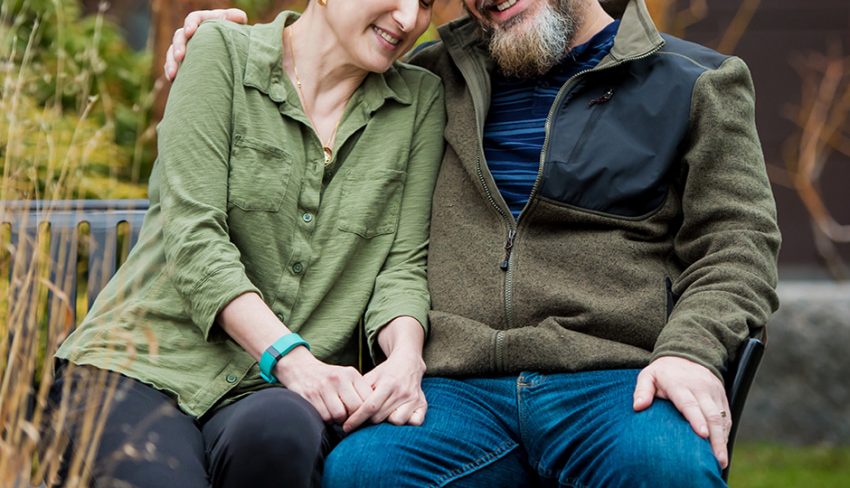 A cancer diagnosis can exacerbate an already complicated scenario when one also has a severe mental illness. Those with a severe mental illness die an average of 25 years earlier than the general population and are twice as likely to die from their cancer. Why the disparity? In part, it is due to the stigma that exists around mental illness. Dr. Kelly Irwin, a psychiatrist from the Massachusetts General Hospital Cancer Center and Schizophrenia Program, is trying hard to eliminate that stigma and improve the odds for those with both mental illness and cancer.

Last year, she led a pilot study that demonstrated that an integrative model of psychiatry and cancer care can impact how likely it is that people with a severe mental illness get cancer treatment. “Patients with mental illness including schizophrenia and bipolar disorder, can get high quality cancer care and participate in trials, but they aren’t always seeking treatment,” says Dr. Irwin. “People who are facing both mental health conditions and cancer are facing a lot of combined issues that makes coping with both more challenging,” she says. “Cancer is overwhelming for all of us. Sometimes mental illness can cause fear and disorganized thinking that can cause a patient to decline treatment, or they just don’t know that cancer treatment is available.” Patients with mental illness are also more likely to cope with poverty and social isolation.

“For me, the number one thing that stands out is they’re less likely to get equal cancer care, and that contributes to their early death.” They are also less likely to complete or event start treatment. “There is a lot of unspoken bias and that leads to people not talking about depression, not talking about having bipolar disorder or schizophrenia, which can lead to their illness not being treated.”

Last month, Dr. Irwin, who is also the Director of Collaborative Care and Community Engagement at the Mass General Cancer Center, co-chaired a symposium – “Bridging the Divide: Mental Health and Cancer Care” – sponsored by Mass General and the Dana-Farber/Harvard Cancer Center. The event brought together a diverse group of leaders in mental health and cancer care from throughout New England to: 1) interact with patients and families 2) discuss how to change the dialogue when talking about mental health, and 3) brainstorm ways to close the gap in the inequity of cancer care for mental health patients. In addition to patients and caregivers, experts from 30 hospitals, the American Cancer Society, the National Alliance of Mental Illness, the Depression and Bipolar Support Alliance, the Massachusetts State Legislature and others participated in the symposium. They all expressed an interest in combating the mortality gap. “This is how change happens,” Dr. Irwin says.

“People can talk about cancer, but a lot of people don’t feel able to talk about mental illness,” Dr. Irwin continues. A lack of communication can create challenges to coordinating care, often making it more difficult for patients and their families to complete treatment. Mental health staff members don’t always know how to talk to oncologists, and oncologists – who are well intentioned – don’t always understand the complexities of mental health. “We wanted to get everybody in the same room,” Dr. Irwin said. “It was important to talk to each other and to include patients and caregivers because we each bring a different kind of expertise.”

One additional problem is that care can often be very fragmented. Community mental health care and cancer care often operate in separate systems and in separate hospitals and clinics. Doctors don’t always talk to each other. “What was different about the symposium was that we brought together these clinicians – who normally don’t talk to each other – the community mental health staff, which is very under-resourced, along with researchers and community members.”

Change is happening, but the reality is that there is a huge unmet need. “We want to build a sustainable initiative that incorporates research and clinical care for a broader group of people. Everybody deserves the same high-quality cancer care.”

Since most of this community involvement occurs outside of clinic visits, it can’t be billed to insurance companies. The need for care is great, and funding and financial support are critical to continuing this valuable collaborative initiative. Learn more about the Collaborative Care Program in Psychiatric Oncology at the Mass General Cancer Center and how you can help.