Calling All Whale Lovers: The World’s Largest Humpback Population Is Just 4 Hours Away 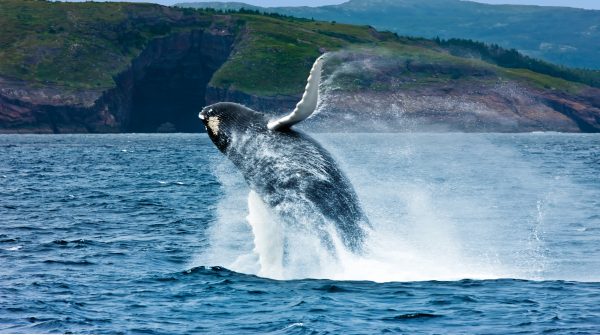 Newfoundland and Labrador, Canada’s province on the most easterly edge of North America, is one of the most spectacular whale watching destinations in the world. Jaw-dropping with its dazzling natural beauty, temperate climate (it’s at the same latitude as Seattle), craggy mountain ranges, pristine coastal waters and waterfalls, Newfoundland and Labrador’s winding coastline hosts the majority of the world’s humpback whale population every summer.

Between May and September, 10,000 whales grace these waters as they arrive from their breeding grounds in the Caribbean. Seeing one of these gentle oceanic giants in person? Life changing.

How does one actually get up close and personal (from a safe and respectful distance, of course!) with a humpback whale? Whether you want to travel by land or by sea, here are three different trips to consider for your next adventure. 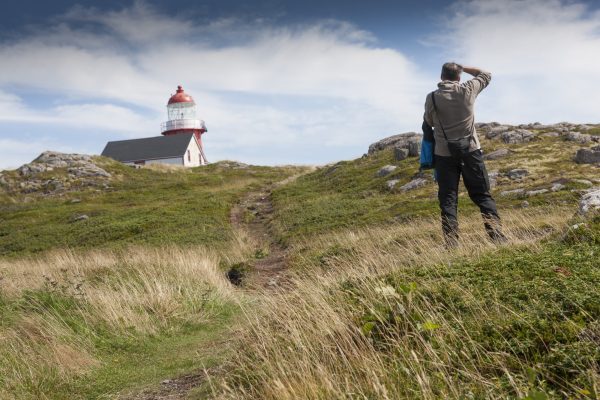 Newfoundland and Labrador is dotted with lighthouses like the one at Ferryland. Photo courtesy of Destination Canada

Once you’re in St. John’s, the capital city, take a one-hour drive to Ferryland, about 26 miles south on Route 10. A historic lighthouse built in 1870 is one of the first things you’ll see as you get close to the area, and where you’ll want to experience Lighthouse Picnics. Take the 30-minute hike to the lighthouse’s restaurant, place your order for lunch, and find a primo picnic spot right by the sea, where your meal will be delivered in a picnic basket. Jill Curran, Owner at Lighthouse Picnics, says it’s common to see between 20 and 30 whales a day from the lighthouse grounds. 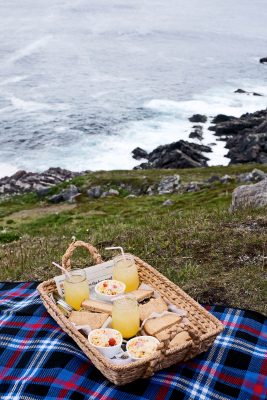 Spot whales and seabirds while you nibble on homemade sandwiches, molasses bread and sip freshly squeezed lemonade. Curran explains that the whales travel to Newfoundland in the summer to feed. “What people came to Newfoundland for originally was our rich fishing grounds. The whales are no different. They come here because we have some of the richest [waters] off the coast of Newfoundland,” she notes. 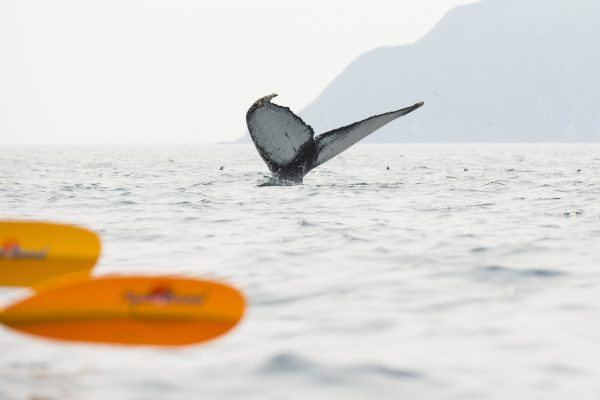 The clear waters make it easy to spot whales swimming by. Photograph courtesy of Destination Canada

Newfoundland’s Avalon Peninsula is an unprecedented piece of coastline perfectly suited for sea kayaking. Gliding past icebergs, sea caves, and waterfalls, the guided tours offered by The Outfitters Adventures allow for plenty of seabird spotting, where you might see the quirky, iconic puffins that call this part of Canada home. But it’s the whales folks really come to see, and paddling along in a kayak with the anticipation of seeing these majestic beasts is about as thrilling as you can get.

Bring your camera and your sense of adventure. Adds Curran, “Being out here for as many years as I have, it’s still absolutely surreal every time I see a whale,” she says. “You feel like you’re in a nature program.” 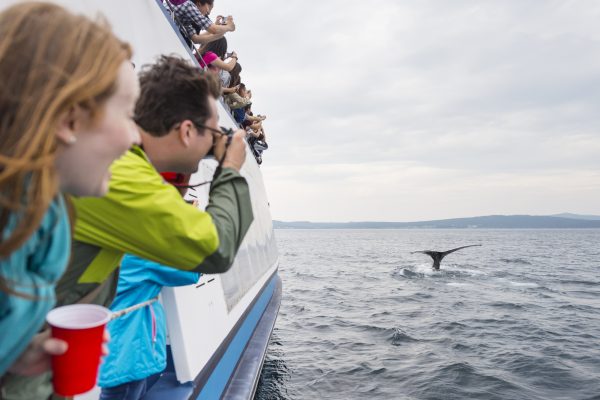 A humpback whale waves hello to a boat of onlookers. Photograph courtesy of Destination Canada

Gatherall’s Puffin and Whale Watch in Witless Bay hosts a 90-minute guided catamaran tour for those who wish to witness their whales from a larger boat. The boat takes passengers to Witless Bay Ecological Reserve, which is home to North America’s largest Atlantic puffin colony. It’s considered one of the best spots in Newfoundland and Labrador to see humpbacks, as well as seabirds and icebergs when the season allows.

Do the locals ever get used to seeing these magnificent creatures just off their shores? “They’re wonderful, wonderful creatures, and once they’ve fed enough, they start putting on a show.” says Curran.

“To be in that beautiful setting and then to see these magnificently beautiful creatures just feeding and playing in our waters, whether you’re seeing them from a boat or sitting on the grass, it always feels like you’ve seen a special part of nature. It’s almost a gift to be able to see such an insight into this world.”

We’re thinking the answer is no. 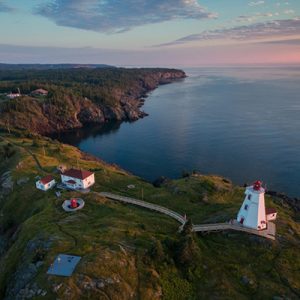 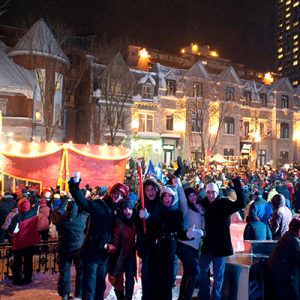 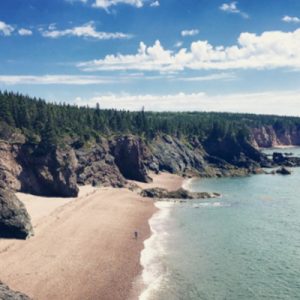 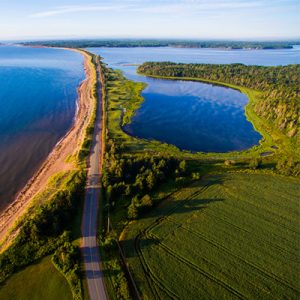