Can the Value of Bitcoin Hit $1 Million? 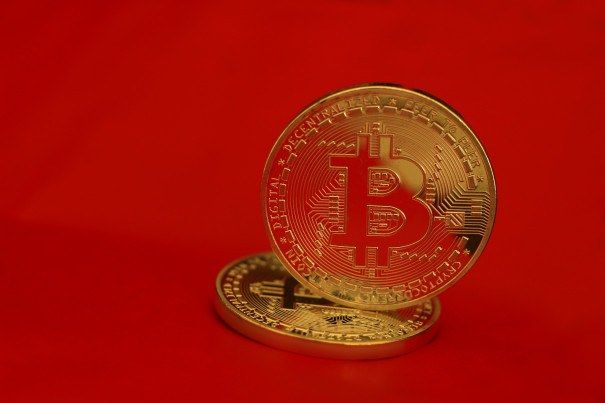 Bitcoin was the first cryptocurrency ever made available on the market. Bitcoin’s worth was negligible when it was just launched. The first bitcoin transaction was performed in 2010 to purchase two big pizzas in return for 10,000 bitcoins. For the first time ever, a digital payment was made using bitcoin. The value of the dollar is said to rise by 10 percent every 12 years–1 million times. There is unanimity among bitcoin industry experts that the price of Bitcoin in less than 10 years will unquestionably surpass $1 million in value.

What triggers growth in bitcoin’s worth?

The competition for Bitcoin has grown significantly over the last few years from a variety of businesses, including institutional and retail investors. Already, businesses of all stripes are becoming involved with cryptocurrency. A professional prediction that Bitcoin may reach $1 million was made based on a small number of parameters, including the cryptocurrency’s scarcity (it has a total market value of 21 million coins). The Bitcoin network, which is a network with miners at its heart and is in charge of processing transactions, regulates the Bitcoin market rather than being controlled by a single company. Since there are numerous distinct kinds of miners, no single organization has the power to independently run the network.

Supporters of Bitcoin assert that the network is one of the world’s strongest computer networks at the moment. The most recent study indicates that participants in the Bitcoin market are giving the longer term more thought. Institutional investors are reportedly becoming increasingly interested in digital assets, according to the same source. Many believe that bitcoin will someday overtake gold in market capitalization and take its place as the primary reserve currency. Is a $1 million price for bitcoin a realistic goal? Undoubtedly, there are possibilities. Given that the asset still has a long way to go given the price of bitcoin at present, many analysts disagree with this assessment.

Issues that could arise

Everywhere, governments and regulators continue to try to comprehend these cutting-edge digital assets. For trading and owning cryptocurrencies like Bitcoin, some of them might construct very oppressive frameworks. It is a well-known truth that when it comes to upending the gold market, Bitcoin has an advantage over its cryptocurrency rivals. However, this advantage is not inviolable. Compared to bitcoin, gold is less erratic. Institutional adoption determines how volatile Bitcoin is in relation to gold. Therefore, the rate of institutional adoption directly correlates with an increase in merger volatility. A number of digital coins that have just hit the market are now able to provide consumers with unmatched benefits, cutting-edge technology, and more secure transactions.

These new assets could unseat Bitcoin as the most valuable cryptocurrency, which could be problematic for all early Bitcoin investors. There is a very high probability that early investors will be left behind, and every Bitcoin enthusiast could lose everything. Bitcoin has faced many difficulties since its beginning. Cryptocurrencies like Bitcoin, according to most experts, will undoubtedly continue to act as a basis for this developing economy.

All things considered, adding a little bit of Bitcoin to your long-term investment portfolio will turn out to be a wise choice. If the price tag of $1 million stays true, every $10,000 you put in Bitcoin now will be worth around half a million dollars by the year 2030.

How do users increase the crypto’s value?

The techniques that people can use to raise the value of cryptocurrencies are all listed here.
• Buying low and selling high. This is a traditional investing method that many investors use to raise the price of bitcoin before purchasing and holding coins. Purchases raise both the value of the cryptocurrency and the demand that will be reflected.
• Bitcoin mining is extremely profitable, which has a significant impact on supply
• Enhancing ways to utilize cryptocurrencies
• Press coverage

It is anticipated that the price of bitcoin will increase by $1 million over the next five years. Analysts predict a significant price increase in the coming years, rather than the price increase stopping once it reaches $1 million. Because it would be prudent for any investor interested in cryptocurrencies to invest in Bitcoin right away. It is important to remember that bitcoin does not guarantee a positive return. Every cryptocurrency, besides simply Bitcoin, carries the potential risk of losing the entire investment. As a result, it should be strictly enforced that you only invest money that you can afford to lose. Otherwise, you will suffer a great loss.

This post was produced and paid for by Tom White