Caring for Chelsea: How This Culinary Duo Brings More to the Table 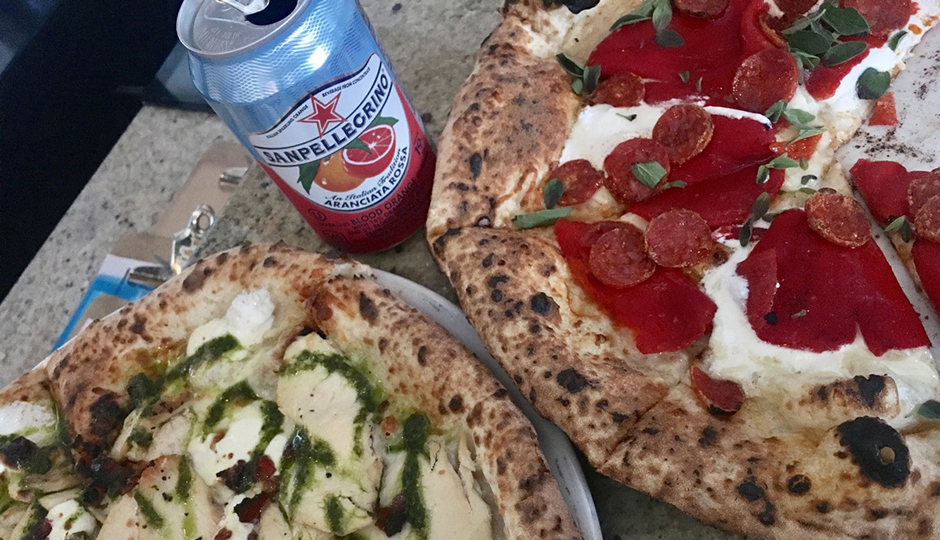 Edson Coimbra always knew he wanted to open a restaurant in Chelsea, but his partner Marvin Posada needed some convincing.

The pair behind Ciao! Pizza & Pasta met in 2008 while working at L’Andana in Burlington. When Coimbra rejoined the culinary world after a brief foray into banking, Posada was eager to start something up with old colleague, but didn’t know where to get started.

“I told him I had a great city in mind and to come meet me at my house in Chelsea to discuss it,” says Coimbra. “I took him around town, showed him the waterfront, and he finally said, ‘Okay, so where are we going?’ And I said, ‘This is it. I just showed you.’”

Posada initially said “no way,” but later changed his mind, thanks to Coimbra and his neighbors.

“I didn’t have a good impression of Chelsea at that time like most people,” says Posada. “But then I went around and there were so many people Edson knew. When I started talking to them, I realized there was something different about this place: a sense of community.”

A Chelsea resident since 2002, Coimbra didn’t see a reason to open up shop anywhere else.

“I didn’t want to go to South End or Seaport,” says Coimbra. “I wanted to focus here because I could see what was coming in the next few years. I knew we could make it happen and we needed this.”

A former Chinese restaurant around the corner from Coimbra’s house had been vacant for two years. The property was small – only about 500 square feet – but it had potential. Posada and Coimbra signed the lease and opened Ciao! Pizza & Pasta in the fall of 2015.

Soon after the restaurant’s opening, the partners got to work on their next venture: the Ciao! Market. Part Posada’s idea to open a pasta factory and part Coimbra’s dream to run a coffee shop, the market became a hybrid of the two concepts.

“You can get a cup of cappuccino, you can get gelato and you can get your pastries in the morning,” says Posada. “We’re in the process of implementing fresh pasta for sale. We kept Ciao! in the name because we had already built a great reputation right here in such a short time.”

The next project in the pipeline is the Winnisimmet Lounge, an Italian small plates plan of Posada’s, due to open in late summer or early fall of 2018.

Dan Cortez, a community engagement specialist for the Chelsea Police Department, is one of Ciao’s loyal regulars and looks forward to the duo’s trifecta of eateries.

“I became a customer day one,” says Cortez. “We were all excited about something coming to Chelsea Square and the enthusiasm that Edson and Marvin had made the place really welcoming. I was just hoping the food was good – and luckily, it’s phenomenal.”

Coimbra says their classic margherita pizza is the biggest hit on the menu, while the gnocchetti with short rib is a fall and winter pasta dish that is popular all year long.

But food, surprisingly, isn’t the main priority at Ciao! It was the first restaurant in Chelsea to incorporate outdoor seating to increase foot traffic in the area. Ciao! also doesn’t have any TV’s to encourage conversations among patrons.

“There are times that I find myself heading over there on a particularly stressful day not even looking for food,” says Cortez. “It’s a comforting place for me to go to relax and talk with friends.”

Cortez works with the Downtown Task Force to combat problems in Chelsea Square, providing citizens with helpful resources and basic needs. Cortez says the Ciao! team has been influential in leading the effort to improve the community from the business side.

Coimbra and Posada organized an effort to clean Chelsea Square last month. A dozen people joined them in planting flowers and picking up trash.

“Edson and Marvin are all about giving back,” says Roseann Bongiovanni, a Chelsea resident and executive director of Greenroots, a nonprofit environmental justice organization. “They’re engaged and committed to the city. I think small businesses like Ciao! are the backbone of Chelsea.”

“Ciao! is a fantastic addition to our restaurant scene and a bedrock institution for the revitalization of our downtown,” says Ambrosino. “It’s a torch bearer for downtown changes and improvements.”

While Coimbra and Posada have worked together to help the community, the community has returned the favor. When the duo had hearings at City Hall regarding license approvals for future projects, more than 50 residents attended to voice their support.

“They’ve been so amazing,” says Mimi Graney, the Downtown Coordinator of the Chelsea Prospers program. “Every city needs a real champion and someone to hold the faith in the neighborhood to turn around. Chelsea took a long time to get on people’s radar as a great place to be, and places like Ciao! showed everyone the city is hip and cool and interesting.”

For Posada, getting face time with his customers and developing a close relationship is the greatest part of his job.

“I always worked at busy restaurants and rarely had the chance to visit the dining room and talk to customers,” says Posada. “But at Ciao!, we have an open kitchen. Even if I’m in the back cooking pasta or spinning pizza in the oven, the customers are 20 feet away and I can yell, ‘Hey, hello, how’s it going?’ It’s more personal and that’s what I love about this.”

Coimbra says he talks to his customers about everything – their families, their problems, their ideas for improving Chelsea. The only topic that doesn’t come up? Careers.

“I have customers that I’ve seen for years and I still don’t know what they do for living,” says Coimbra. “That’s not the most important thing about them. We don’t care about that; we care about you and your experience here and making our community stronger. At the end of the day, it’s all about people.” 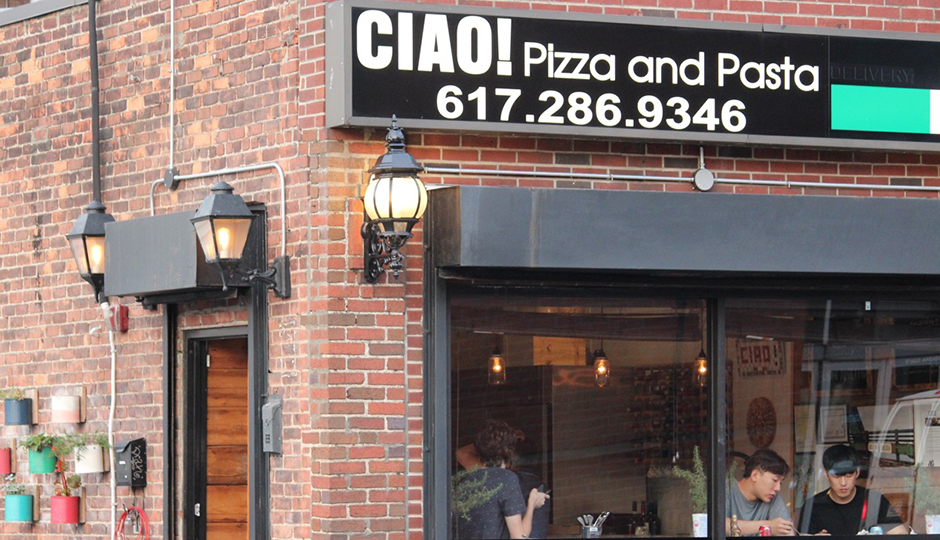