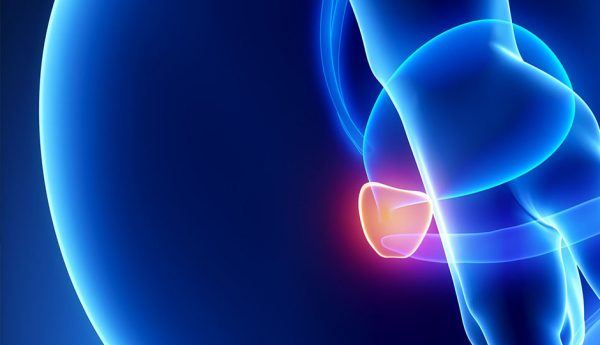 Following a clinical trial of nearly 20 years, the NRG Oncology Radiation Therapy Oncology Group has demonstrated that adding antiandrogen therapy to radiation therapy can improve the survival rate of prostate cancer patients whose cancer has recurred after radical prostatectomy. Antiandrogens inhibit the production, activity or effects of a male sex hormone.

William U. Shipley, MD,FACR, FASTRO of the Massachusetts General Hospital Department of Radiation Oncology, is a corresponding author of the study. Results appear in the February 2, 2017, issue of New England Journal of Medicine (NEJM). “Surgery is a very common treatment for men with localized prostate cancer,” Dr. Shipley says, “yet more than 30 percent of these patients will experience a recurrence of their disease.” By including antiandrogen therapy in a patient’s treatment, the risk of cancer spread and death is lessened.

Origins of the clinical study
The clinical study, initiated in 1998, enrolled 760 patients who had developed a rise in their blood prostate specific antigen (PSA) levels after having had their prostate gland removed for localized cancer. The rise in blood PSA is the first warning sign of recurrent cancer and is called a biochemical recurrence. If left untreated, it may be followed months or years later by the emergence of a tumor in the pelvis where the prostate had previously been located, or in spread of the cancer elsewhere in the body (metastasis). Radiation therapy is commonly given to try to “mop up” this recurrent disease in the pelvis before it becomes visible, symptomatic, and ultimately life-threatening.

Participants in this trial all received seven weeks of radiation therapy but were randomly selected to receive, in addition, either bicalutamide, an antiandrogen drug in common use at the time, or a placebo for a period of 24 months. Patients were evaluated at regular intervals from the time of their treatment for an average of about 13 subsequent years.

What the analysis revealed
The study revealed that those receiving bicalutamide in addition to their radiation were significantly less likely to develop metastatic prostate cancer and thus less likely to die of the disease. The overall survival rate among the bicalutamide group was 76 percent, and 71 percent among the placebo group. The results also showed no significant differences in long-term adverse effects ¾ including effects on the heart and liver ¾ that others have associated with prostate cancer therapies that interfere with the production or action of the hormone testosterone.

Looking to the future
Even though the improvements in survival are relatively small, tens of thousands of men are treated with post-operative radiation in the United States every year (hundreds of thousands in a decade!), and so a small percentage improvement can actually translate into a very large number of additional men being cured.

More recently, different drugs called gonadotropin-releasing hormone (GnRH) agonists have replaced bicalutamide because they are more potent against the cancer. Thus the small, but significant effect seen with bicalutamide in this trial may be even greater with the more modern drugs. Two clinical trials began five years ago to study their efficacy in conjunction with radiation therapy to treat prostate cancer patients after surgery, and their early results are anticipated soon.

Read more about the study in the NEJM.