A Conversation About Pancreatic Cancer with Carlos Fernandez-del Castillo, MD 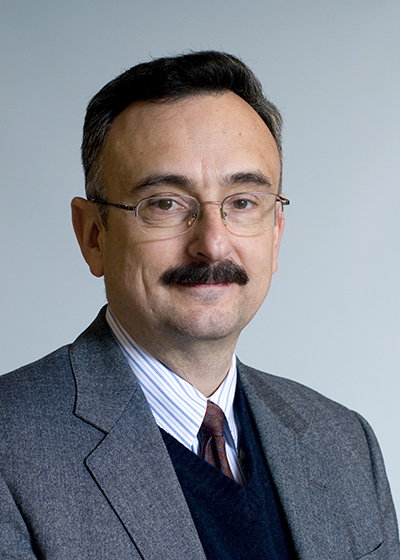 Carlos Fernandez-del Castillo, MD, is director of the Pancreas and Biliary Surgery Program and clinical co-director of the Tucker Gosnell Center for Gastrointestinal Cancers at the Massachusetts General Hospital Cancer Center as well as professor of surgery at Harvard Medical School. Widely recognized as an expert in pancreatic and biliary surgery, he has authored more than 250 publications on pancreatic cancer and related topics.

Q. Why have you made pancreatic cancer a focus of your career?

A. When I finished my surgical training, I focused on the pancreas, which spurred my involvement with pancreatic cancer.  Twenty-five years later, my goal is to improve surgery outcomes for patients with pancreatic cancer, to help improve their quality of life and to try to unravel the mystery of why pancreatic cancer is so aggressive. Even after more than two decades studying this disease, these issues still energize me.

Q. What should patients and physicians know about pancreatic cancer?

Q. What are the signs and symptoms of pancreatic cancer?

A. Ninety percent of patients with pancreatic cancer have abdominal pain or a yellowing of the skin and eyes, called jaundice, sometimes both. If you have these symptoms it doesn’t necessarily mean you have pancreatic cancer, but if you are in your 60’s it’s something your doctor might want to rule out. (Figure 1)

Other more subtle signs and symptoms of pancreatic cancer include unexplained weight loss or pancreatitis, which is an inflammation of the pancreas.  Sometimes a new case of diabetes in a patient who doesn’t have other risk factors can be another indicator.

Q. Who is at high risk of pancreatic cancer?

A. You are at much higher risk for pancreatic cancer if you have a family history of the disease. Doctors consider you at high risk if you’ve had two first-degree relatives with the disease. A first degree relative is a parent, grandparent, brother or sister.

To understand and potentially manage their risk, some patients seek out genetic testing and counseling, which the Mass General Cancer Center offers in its Center for Cancer Risk Assessment.

But family history isn’t the only risk factor to consider. You might also be at higher risk if you have hereditary pancreatitis, or have tested positive for a mutation in a gene called BRCA2. A third risk factor is having something called an intraductal papillary mucinous neoplasm, which is a type of precancerous cyst that can form inside the ducts of the pancreas.

If you are at higher risk for pancreatic cancer, your doctor might want you to consider getting screened for the disease. These screenings are performed by a gastroenterologist using a procedure called an endoscopic ultrasound, which is very good at ferreting out tiny tumors that might be missed on other types of scans.

Q. How can I help prevent pancreatic cancer?

A. Quit smoking. Doctors know that smoking is a big risk factor for pancreatic cancer, one that you can modify by quitting.  If you smoke, you are more likely to develop pancreatic cancer. The more you smoke, the more your risk increases. However, if you stop smoking your risk will start to come down and actually level off. It will return to the same level as the rest of the population 15 years after you stop. Smoking is often thought of as a risk factor for lung cancer, but in truth it raises your risk for numerous cancers, including those of the larynx, kidney, bladder and pancreas. Not to mention it takes a heavy toll on your heart and lung health. Patients with hereditary pancreatitis, who have a high risk of pancreatic cancer, have a much higher risk of pancreatic cancer if they smoke. They are also more likely to develop pancreatic cancer earlier in life.

Q. If I do have pancreatic cancer, how will my doctors make treatment decisions?

A. The National Comprehensive Cancer Network (NCCN) recommends that patients with pancreatic cancer seek treatment at a healthcare organization that treats a lot of pancreatic cancer patients and uses a team approach to care, which is one where all the doctors involved in the patient’s care come together to develop the most effective plan.

At the Mass General Cancer Center, pancreatic cancer specialists involved in treating patients with pancreatic cancer meet twice a week to create treatment plans for new patients. Team members include a medical oncologist, a surgeon, a radiation oncologist, a gastrointestinal radiologist and, if appropriate, a cytopathologist. The goal of this initial appointment is to give all these specialists an opportunity to not only meet the patient and get his or her input, but to put their heads together and create the most effective plan possible to attack the disease.

Q. NCCN also recommends that patients seek pancreatic cancer surgery at institutions that do a lot of these procedures. Why is this important?

A. Pancreatic cancer surgery is complex. If a patient has a tumor in the head, or the largest part, of their pancreas they might need a procedure called a pancreatoduodenectomy, otherwise known as the Whipple procedure. This operation not only removes the diseased portion of the pancreas, but also the gall bladder, and parts of the small bowel and sometimes the stomach. Because this procedure is so challenging it can take five to seven hours and has a high risk of complications, and sometimes even death.

Patients who go to a facility that performs this surgery more frequently typically have fewer problems after the surgery and are more likely to survive the procedure.

At Mass General we perform more than 200 pancreatic resections per year, more than any other hospital in New England. Patients benefit from the expertise of our general hospital team, including surgeons, nurses, anesthesiologists, radiologists and others.

Q. What are the greatest unmet needs in pancreatic cancer?

The good news is that there will likely be new options for patients with pancreatic cancer in the next few years. One of these is personalized medicine. One of our oncologists recently looked more than 100 patients with pancreatic cancer stemming from different mutations and found patterns associated with different survival rates. This research has been submitted to the American Society for Clinical Oncology and may help create progress in this area in the future.

Q. Do you encourage patients to enroll in clinical trials?

A. Yes! If not for clinical trials, we would not know that a promising new combination of chemotherapy drugs, called FOLFIRINOX, is effective. We need trials to advance the field and to improve care for patients. At Mass General Cancer Center we have numerous clinical trials open for patients with all stages of pancreatic cancer.5

Q. What are recent advances in the treatment of pancreatic cancer?

A. The most important was the finding that FOLFIRINOX, a chemotherapy combination, helped patients with stage IV pancreatic cancer improve and live longer.  These patients used to have a very bad prognosis, a projected survival of less than 6 months. But FOLFIRINOX extended their lives to an average of 11 months. This has encouraged us to use FOLFIRINOX in patients with less advanced disease. We divide pancreatic cancer patients into three different groups when they are first diagnosed. The group we are now using FOLFIRINOX for is the group with locally advanced and borderline disease. This combination of medications has helped us reduce tumor size, which can give us a better chance of removing a tumor in surgery.

We are also using other new tools to help patients. At the Mass General Cancer Center we use the proton beam, which is a different form of radiation, and the NanoKnife, which uses electrical waves to destroy tumors that we can’t remove surgically. In addition, we continue to have a strong program with intraoperative radiation therapy (IORT).

We use IORT to kill any cells left behind in the tumor bed after the tumor is removed. We usually use IORT on tumors that only became operable after they were treated with chemotherapy and external radiation. We recently published one of the largest pancreatic cancer experiences using this technology.

Figure 1. Pancreatic cancer is the fourth-leading cause of cancer-related death in the United States. Deaths are evenly distributed between men and women. About four fifths of the 36,694 pancreatic cancer deaths in 2010 occurred in patients who 60 years of age or older (men, 80%; women, 86%). The American Cancer Society projects that in 2014 there will be 39,590 deaths from pancreatic cancer and 46,420 new cases.

Figure 2. Patients with pancreatic cancer may be divided into three groups at the time they are first diagnosed with the disease: patients with distant metastases who are not candidates for surgery, patients with localized tumors who are eligible for surgery and patients with locally advanced/borderline cancer who fall in between. Doctors determine borderline status based on vascular involvement; definitions vary. Whether or not a patient has an operable tumor at the time he or she is diagnosed with the disease is not an absolute indicator of future survival. This is the case because sometimes doctors are able to shrink a tumor using chemotherapy and radiation, which allows them to remove it surgically.