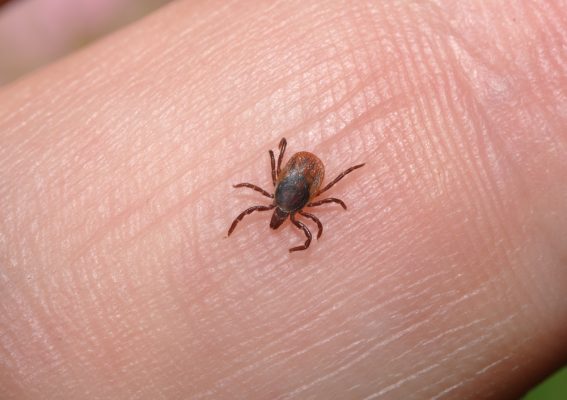 Life is good here in New England. We’re lucky to have world-class health care, great sports teams, four distinct seasons and lots of parks, conservation land and outdoor recreation spaces to enjoy. But every silver lining has a cloud, and that cloud raining on our otherwise quaint, colonial parade happens to be a few troublesome plants, insects and animals that it’s best to watch out for. Here are six not-so-friendly creatures you should know and avoid this summer.

Mosquitoes: Mosquitoes are at their worst during dawn and dusk, when the sun isn’t so intense. They’re often found near water, but are common in fields and woodlands as well. For many, the high-pitched drone and itchy sting of mosquitos is just a nuisance. But it’s the diseases that mosquitoes sometimes spread that can be cause for concern. “Mosquitoes can be host to West Nile Virus, Eastern Equine Encephalitis and other diseases,” says Laura Burke, MD, Department of Emergency Medicine. “That’s why it’s important to wear proper insect repellents when you’re outside, and to be aware if you or anyone you are with has allergies to mosquito bites.” The CDC has some helpful tips for controlling mosquitoes at home.

Ticks: Blacklegged ticks can spread Lyme disease, Babesiosis and Anaplasmosis, and, less commonly, Powassan virus in the eastern US. Lyme disease often starts as a bullseye-shaped rash and causes fever, headache and achiness. It’s a highly treatable disease if diagnosed early.  Babesiosis and anaplasmosis have similar symptoms and some people will become infected with more than one tick-borne illness at the same time. Babesiosis requires a different treatment than the antibiotics commonly used for Lyme disease. “If you have symptoms such as a rash, fever or fatigue, make sure to schedule an appointment with your doctor so you can get properly diagnosed and receive the necessary treatments,” says Dr. Burke.  Powassan virus is much rarer and has similar early-stage symptoms to Lyme. There is no specific medicine to treat Powassan virus disease but it is important to seek immediate medical care for supportive treatments to reduce complications.

Bees and Wasps: Stinging insects such as bees and wasps are common in the Northeast and include: bumblebees, honeybees, yellow jackets, paper wasps and bald-faced hornets. “Yellow jackets are responsible for about 70% of stings in North America, so they’re the ones to watch out for,” says Dr. Burke. “It’s especially important to protect yourself from insect stings if you’re one of the estimated five percent of the population who has allergies, in which case you should carry an epinephrine autoinjector on you at all times.”

Jellyfish: Stinging jellyfish have become a concern in the coastal waters of New England, showing up in increasing numbers over the past several years. Jellyfish trail long tentacles that inject venom from tiny barbed stingers. “Symptoms of a jellyfish sting are usually immediate and can include burning, swelling, throbbing pain and numbness,” says Dr. Burke. “Some people have more serious reactions, in which case it’s important to see your doctor right away.”

Sharks: The warm weather means trips to Cape Cod and the New England shoreline. But it’s important to remember that we share the seashore with native wildlife, and that includes sharks. Although shark attacks are extremely rare in this part of the country, shark sightings occur every summer. Dr. Burke offers a few tips to stay safe in the ocean: “Do not swim near seals, do not wear shiny jewelry in the water, and do not swim alone at dawn or dusk. Your risk of being attacked by a shark is rare, but following these tips will help make that risk even smaller.”

Rarer creatures: New England does have two native venomous snakes: the timber rattlesnake and the copperhead. But these snakes are endangered and only found in a few isolated mountainous areas. That means you’d be highly unlikely to ever come across one. In fact, masnakes.org reports that only one person has ever been fatally bitten by a snake in the history of Massachusetts, and that was over 200 years ago.

Another rare but dangerous creature is the poisonous northern black widow spider. This spider is more commonly found in the mid-Atlantic, but its range can extend as far as north as Massachusetts and New Hampshire. Adult females have a powerful venom that attacks the human nervous system. Other native spiders, such as the wolf spider, are not poisonous but still might bite you. These bites are often just an irritation, but if you have an allergic reaction to spider bites, you should see your doctor right away.

Your chances of getting bit, stung or attacked by any of these creatures are small. But it’s important to know about regional insects and wildlife so that you can take proper steps to protect yourself and enjoy all that our New England summers have to offer.