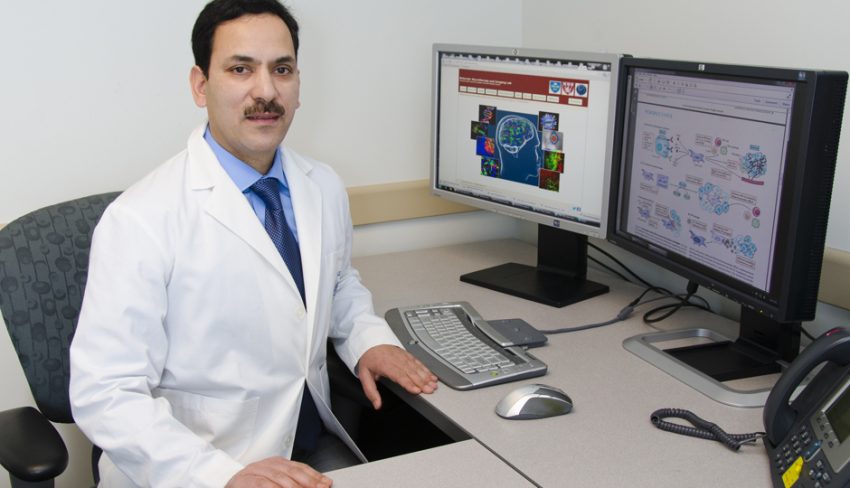 When it comes to fighting cancer one of the big challenges has always been killing off cancer cells, without damaging nearby healthy cells. This is especially challenging in brain tumors since every cell in the brain plays a vital role in human functioning. Damaging even a small area of healthy brain tissue with cancer fighting therapies can have a devastating affect on patients.

A team of researchers at the Massachusetts General Hospital and Harvard Stem Cell Institute is working on a way around this problem: they are training stem cells to battle brain tumor cells while gracefully bypassing healthy brain tissue.

While this research is only being conducted in a laboratory today, the technique may be ready to move to testing in clinical trials in the next five years.

Perfecting the poison and finding a way in
The team, led by neuroscientist Khalid Shah, MS, PhD, use stem cells for this research because they are uniquely adaptable. Unlike other cells inside the body, stem cells can actually turn themselves into other types of cells found in your body’s organs and tissues. Shah, who directs the Molecular Neurotherapy and Imaging Lab at Massachusetts General Hospital and Harvard Medical School is working on developing stem cell based therapeutics that simultaneously stop cancer cells from proliferating and ultimately kill them in an effort to eradicate tumors.

Cytotoxins are deadly to all cells, but since the late 1990s, researchers have been able to tag toxins in such a way that they only enter cancer cells with specific surface molecules-making it possible to get a toxin into a cancer cell without posing a risk to normal cells. Once inside of a cell, the toxin disrupts the cell’s ability to make proteins and, within days, the cell starts to die.

Shah’s stem cells escape this fate because they are made with a mutation that doesn’t allow the toxin to act inside the cell. The toxin-resistant stem cells also have an extra bit of genetic code that allows them to make and secrete the toxins. Any cancer cells that these toxins encounter do not have this natural defense and therefore die. Shah and his team induced toxin resistance in human neural stem cells and subsequently engineered them to produce targeted toxins.

Recently Shah’s team shows how the toxin-secreting stem cells can be used, in mice, to eradicate residual cancer cells from surgically removed brain tumors when encapsulated in a biodegradable gel. This method solves the delivery issue that probably led to the failure of recent clinical trials aimed at delivering purified  cancer-killing toxins into patients brains. Shah and his team are currently pursuing FDA approval to bring this and other stem cell approaches developed by them to clinical trials.

“Cancer-killing toxins have been used with great success in a variety of blood cancers, but they don’t work as well in solid tumors because the cancers aren’t as accessible and the toxins have a short half-life. “A few years ago we recognized that stem cells could be used to continuously deliver therapeutic agents which include toxins to tumors in the brain, but first we needed to genetically engineer stem cells that could resist being killed themselves by the toxins,” said Shah. “Now, we have toxin-resistant stem cells that can make and release cancer-killing drugs.”

“We tested these stem cells in a clinically relevant mouse model of brain cancer, where you resect the tumors and then implant the stem cells encapsulated in a gel into the resection cavity,” Shah said. “After doing all of the molecular analysis and imaging to track the inhibition of protein synthesis within brain tumors, we do see the toxins kill the cancer cells eventually prolonging the survival in animal models of resected brain tumors.”

Shah next plans to rationally combine the toxin-secreting stem cells with a number of different therapeutic stem cells developed by his team including the herpes-virus-loaded stem cells that his team have recently shown to further enhance their positive results in mouse models of glioblastoma, the most common brain tumor in human adults. Shah predicts that he will bring these therapies into clinical trials within the next five years.