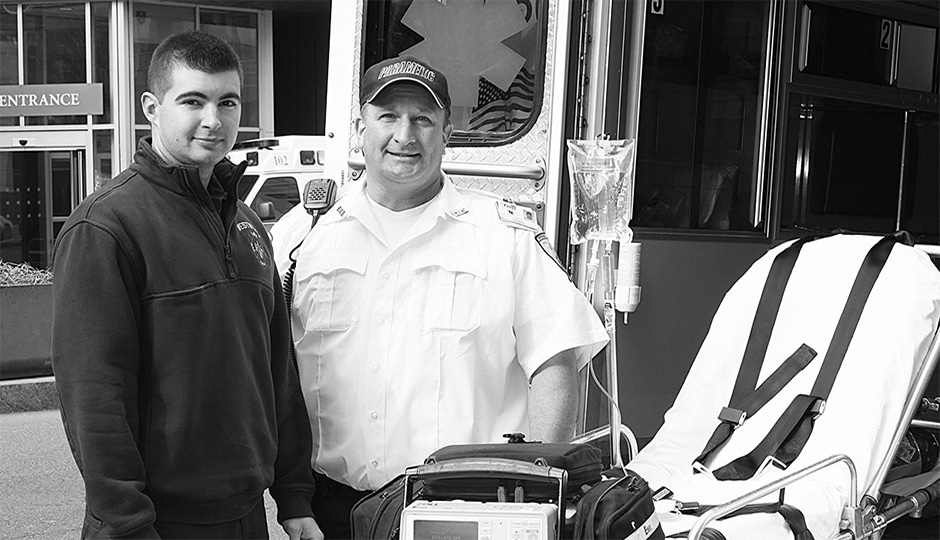 It is the perfect combination. Honoring people who contribute to the fight against cancer in outstanding and sometimes unseen ways, and raising money to aid in that fight at the same time—that is what The One Hundred is all about!

Created and supported by the Massachusetts General Hospital Cancer Center, The One Hundred honors people who have uniquely and many times selflessly, dedicated themselves to lessening the tide of human suffering from cancer. In profound ways, and in gentle moments, the honorees have made a difference.

Three years ago, Stirling Winder was a 26-year-old neonatal intensive care unit nurse, working toward becoming a nurse practitioner. It was her last of 16 different admissions to the Mass General since her diagnosis of osteosarcoma while she was a freshman at the University of Vermont. She was losing her hard fought battle.

When it became clear that her shortness of breath from the cancer was irreversible, and that the end was near- she wanted to go home. It was risky. Stirling and her family knew that, and still insisted on getting her home.

Paramedics Ray Gobbi and Robert Kilroy of Fallon Ambulance were assigned to transfer her to her hometown of Manchester-by-the-Sea. Ray and Bob knew this would likely be her last ride and the asked her if there was anywhere she wanted to go before she went home. Stirling said she wanted to go the beach. So, Ray and Bob took her to the beach, got her out of the ambulance on a stretcher and onto the sand so she could breathe it in with a smile on her face. The photograph of that moment was Stirling’s last facebook post…she died two days later.

These extraordinary gentlemen are emblematic of the ways the honorees from The One Hundred contribute to the lives of patients and families with cancer. Be it a monumental genetic sequencing discovery, or holding a patient’s hand in their last hours of life, the Mass General Cancer Center recognizes and thanks these individuals in style.

Each year, honorees and their families are invited to a spring gala in Boston as an awareness and fundraising initiative that celebrates hope in the cancer community. Each year, they honor caregivers, researchers, philanthropists, advocates, and volunteers from around the globe—whose commitment to the fight against cancer inspires us all to take action.

The Massachusetts General Hospital Cancer Center is the leader in targeted cancer therapies, genetic sequencing and innovative supportive care. Since its inception in 2008, the one hundred has raised $9.1million, which supports the Mass General Cancer Center.

Who do you know who has made an impact? Help celebrate hope and recognize those who are changing how we fight cancer. Nominate someone today!