4 Boozy Cocktails You Can Mix Up at Home This Winter 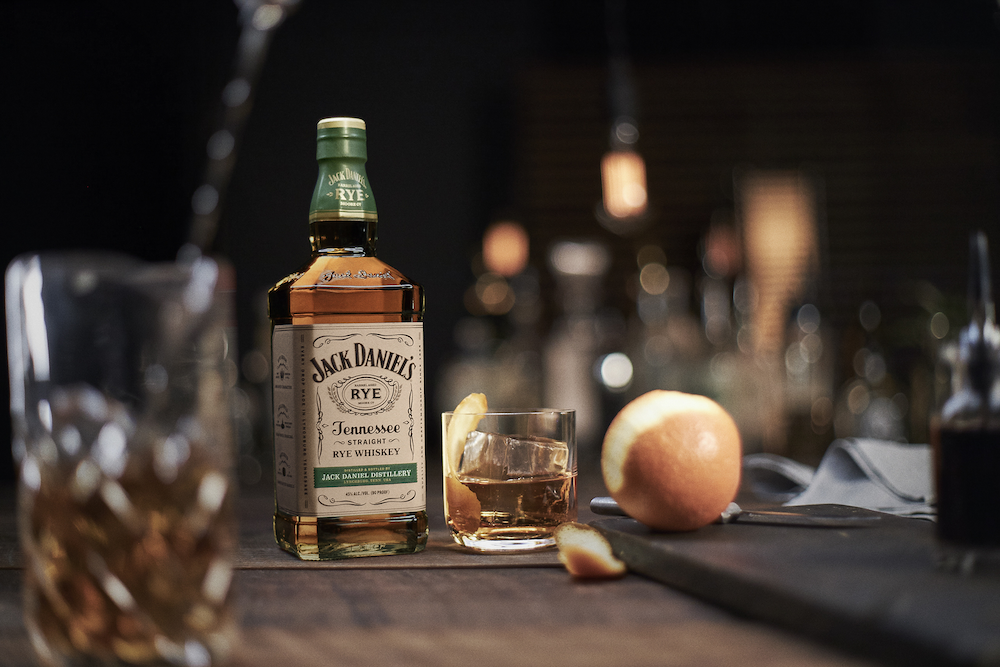 You don’t have to skip cocktail hour when you’re staying safe at home. Mix up a new dinnertime drink with some help from Jack Daniel’s Brand Champion Kelliann Humphrey. The Boston-based whiskey expert says these so-called “ holiday” concoctions are perfect for making and sipping at home all winter long. Grab the whiskey and a swizzle stick and start stirring up some of the wintry cocktail ideas below.

Garnished with fresh rosemary, this new take on an Old Fashioned uses the award-winning Jack Daniel’s Tennessee Rye for a little extra spice. Combine ¾ ounce cinnamon-rosemary simple syrup with 3 dashes of bitters and mix. (To make the simple syrup, boil 1 cup water and 1 cup sugar until the sugar dissolves, adding 1 cinnamon stick and 1 rosemary sprig.) Add 2 ounces of rye whiskey and an orange peel before garnishing with fresh rosemary and cranberries.

Frank Sinatra loved drinking Jack Daniel’s on the rocks—so much so that he inspired a special whiskey named after him. Aged in grooved charred oak barrels for brilliant color and flavor, Sinatra Select tastes just as smooth as Sinatra himself. Try using it in a Manhattan by combining 2 ounces Sinatra Select with an ounce of sweet vermouth, 2 dashes of bitters, and a large ice cube. Stir, and finish with two cherries.

By using rich whiskey instead of the typical rum, this eggnog recipe contains flavors that pop. In a cocktail shaker, combine 2 ounces Jack Daniel’s Single Barrel Select, ½ ounce cinnamon simple syrup, and 2 ounces fresh eggnog. Shake for about 10 seconds or until the tins are cold. Strain into a chilled glass and grate fresh nutmeg on top.

A classic whiskey sour looks a lot more festive with a vibrant splash of red. This recipe replaces the usual lemon juice with a tart and sweet combo of cranberry and orange juices. First, bring 8 ounces of cranberry juice to a boil on the stove and let it simmer for about 10 minutes until it reduces to about 3 ounces. Then, add to your cocktail shaker 2 ¾ ounces Gentleman Jack, 2-3 ounces reduced cranberry juice, 2 ounces orange juice, and 2 ounces egg white (about 1 large egg). Cover and shake for about 10 seconds. Pour into a chilled glass filled with ice, and then garnish with an orange peel and fresh cranberries. Cheers, Boston!