Shortly after Julia Duplin was born, doctors diagnosed her with brachial plexus birth palsy; some of the nerves running from her upper spinal cord to her left arm had been damaged during birth. The early prognosis was that she would have some level of disability in her left arm.

Seventeen years later, she’s captain of Winthrop High School’s gymnastic team. She whips around the uneven bars with apparent ease and effortlessly flips across the sprung floor. How did Julia journey from an awkward toddler who crawled using only her right arm to a gymnastics powerhouse?

From the beginning, Julia’s parents Dianne and Joseph committed themselves to her recovery, encouraging her to do as much as possible and not letting her brachial plexus injury hold her back.

“Many brachial plexus patients go on to excel in sports despite the limits of the affected arm,” says Peter Waters, MD, chief of Boston Children’s Hospital Orthopedic Center. “If a child has the drive, talent and passion for sports, a brachial plexus injury won’t hold her back.”

When Waters first saw Julia as an infant, he referred her to physical therapy and showed Dianne and Joseph exercises to improve her arm’s range of motion and function. He also prepared them for a long, slow recovery.

“In the beginning, a brachial plexus injury can be frightening and almost devastating for parents,” he says. “Some children need primary nerve surgery in infancy.”

Waters explains that while other children require surgery during the toddler years, still others recover a great deal of strength and mobility without surgery, or opt for surgery as teens. Expert care and commitment to therapy, he adds, is the key to recovery.

Although the injury held Julia back, her limitations were not severe enough to require surgery. Even though when crawling she favored her right arm, for instance, Dianne and Joseph made sure she kept performing exercises to help her gain some range of motion and function.

“Surgery to transfer shoulder muscles to improve overhead function is often done between the ages of 2 and 5. Julia didn’t need surgery at this age, partly because her family was dedicated to therapy,” says Waters.

During the next few years, as Julia started to perform childhood chores like putting dishes away, her parents noticed that she struggled with little things like taking a plate from the microwave.

“Dr. Waters always kept the option of corrective surgery on the table, but we thought Julia was doing fine with only a slight disability,” says Dianne.

A love for gymnastics is born

When Julia turned 4, Dianne enrolled her in a mommy-and-me gymnastics class. Julia quickly developed a fierce devotion to the sport.

“From there on out, I fell in love with gymnastics,” shares Julia.

As Julia threw herself into gymnastics, she watched as one by one her friends moved up to the team. Determined to join them, she doggedly pursued her own goal of making the team. She made it when she was 9.

After Julia turned 13, Waters suggested that surgery could help Julia’s range of motion and use of her arm. It was a difficult decision as Julia, who, apart from gymnastics, was also very involved in soccer and lacrosse. She would need to take time off from her year-round gymnastics schedule. It was a trade-off Julia was willing to make.

“The teen years are the second most common time for brachial plexus surgery,” Waters explains. “As children mature, they realize their limits and see that surgery can help move past them.”

Frequently, Waters and his team actively involve teen patients in the decision-making process. Dianne and Joseph elected to allow Julia to make the final decision about surgery.

“It wasn’t an easy decision, but I realized the surgery would help me in the long run,” Julia says.

Waters performed an osteotomy, cutting her humerus (the bone in her upper arm) in half and rotating it to a position that would give her the range of motion that would make normal tasks easier. “As a gymnast, Julia’s brachial plexus injury really affected her arm strength and weight-bearing ability,” says Waters.

Julia persevered through several months of physical therapy . “It takes 4-6 weeks to heal the bone, and up to double that time to regain full motion, strength and to get used to the new arm position and abilities,”explains Waters.

“Recovery was tough. Physical therapy was not easy. Due to pain from the surgery, the majority of exercises were a struggle, but my physical therapist Kevin Cummings worked with me and pushed me to reach my goals ” says Julia. She learned to move and rotate her arm in new ways and rebuilt strength after a month of inactivity following the surgery

“Within a few months, she was a completely different person. It was difficult to pick out her disability,” adds Dianne.

After Julia completed her post-operative therapy and her bone healed, she and Waters discussed returning to sports. He supported the decision, reminding Julia and her parents that kids with a brachial plexus injury are no more at risk for sports injuries than their peers.

Julia slowly returned to gymnastics and eventually joined the Winthrop High gymnastics, soccer and lacrosse teams. “I wanted to get back to what I loved.”

The surgery, along with her fierce determination, improved Julia’s gymnastics performance. As a high school junior, Julia was named captain of Winthrop High School varsity gymnastics team and has been named captain of the varsity soccer team for her senior year.

Dianne and Joseph credit Julia’s success to two factors: “Perseverance in sports, with the consent of her doctor, and Julia’s motivation to be just like every other child was the vehicle that gave her the motivation to overcome this injury.” 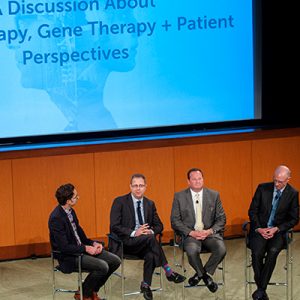 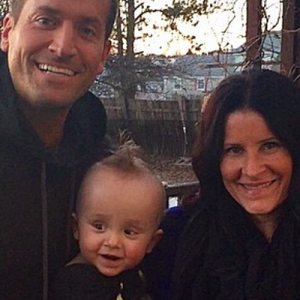 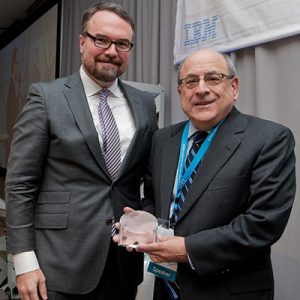 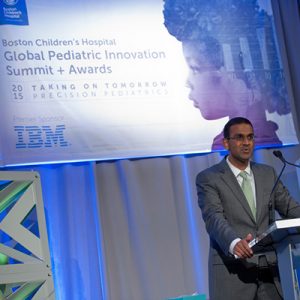