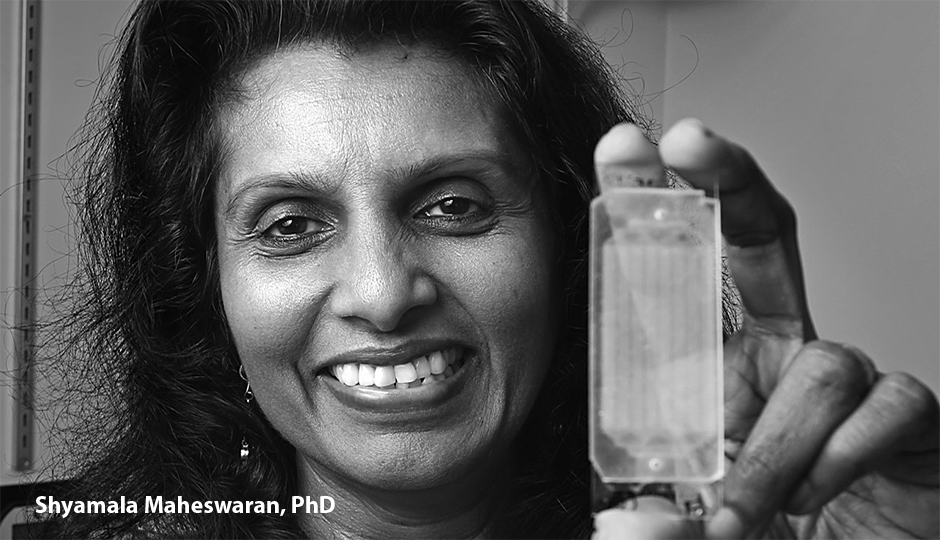 Differences within the molecular structure of breast cancer tumors have puzzled cancer researchers in recent years. A study led by Massachusetts General Hospital, published in the September 1 issue of Nature, shows that a flip-flopping of characteristics within tumors’ cells make them difficult to target and inhibit their growth.

The “flip-flopping” of characteristics is called plasticity, causing cells to switch from one state to another. “Since the two populations are dependent on different signals for growth, they are sensitive to different drugs that block the respective pathways,” says Shyamala Maheswaran, PhD, of the Mass General Cancer Center and co-senior author of the report. The result of the spontaneous changes is that both populations must be simultaneously targeted with drugs that can effectively eliminate tumors that contain this mixture of cells.

The Mass General report found a mixture of human epidermal growth factor receptor 2 (HER2)-positive and HER2-negative circulating tumors cells (CTCs) in blood samples of patients whose cancer had metastasized. Breast cancers with high levels of HER2 are more likely to spread and less likely to respond well to treatment. The patients tested were originally diagnosed with estrogen-receptor (ER)-positive/HER2-negative breast cancer.

“Generally, ER-positive breast cancers are not HER2-positive,” Maheswaran says. When metastatic patients with ER-positive tumors are treated with multiple courses of therapies, such as inhibitors of estrogen receptor signaling, or chemotherapy, they begin to convert to acquire HER2-positivity. She says this is not the same as HER2 amplification, which leads to a very high expression of HER2. “What we describe is quite different,” she continues. “The HER2 expression increases, but it does not reach such high levels as in the HER2 amplified tumors.”

The testing revealed that HER2-positive CTCs did not react any better to HER2-inhibiting drugs than did HER2-negative CTCs. However, when the HER2 inhibitors were simultaneously combined with insulin-like growth factor receptor 1 (IGFR1)-inhibitors, they proved toxic to HER2-positive CTCs — those that promote cancer growth. On the other hand, HER2-negative CTCs showed elevated protein levels in the Notch developmental pathway that maintains and balances bodily functions.

Maheswaran and her team determined that the HER2-positive CTCs responded better to standard chemotherapy drugs because they divide more rapidly. The HER2-negative CTCs were more sensitive to gamma secretase inhibitors that are known to suppress Notch signaling. When they injected HER2-positive and HER2-negative breast tumor cells into mice, tumors developed. They then treated the tumors with a combination of the two therapies and noticed a significant delay in the recurrence of tumors.

Researchers still don’t know what causes the cells to switch from one state to another. However, they think that stressful conditions, such as the increase in reactive oxygen species or chemotherapy, can make the HER2-positive population quickly convert to HER2-negative. The Mass General study, based on data derived from the testing on mice, concludes that a combination therapy would be beneficial to humans, as it would delay tumor recurrence and increase survival rates.

Learn more about the work occurring the Maheswaran Lab here.