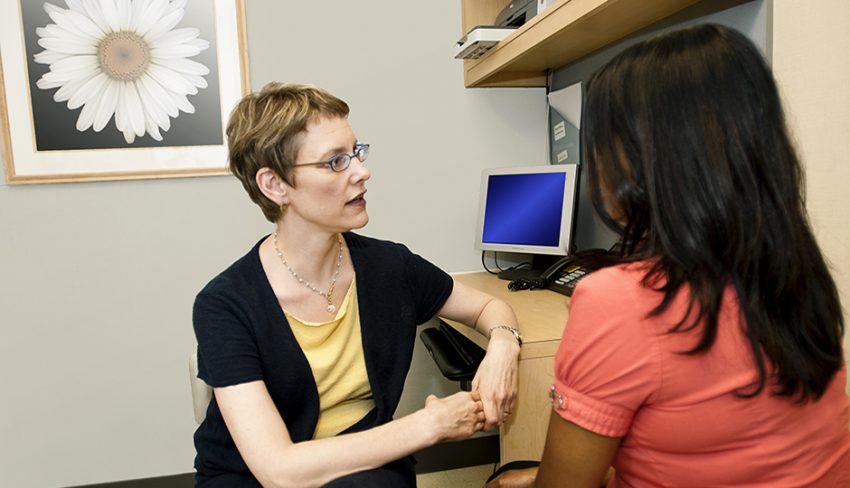 A research team from Massachusetts General Hospital has shown that patients undergoing hematopoietic stem cell transplantation (HCT) — more commonly known as bone marrow transplantation — benefit from palliative care. The two-year study, the first of its kind, followed 160 patients who underwent HCT for a variety of hematologic malignancies at Mass General.

Areej El-Jawahri, MD, director of the Bone Marrow Transplant Survivorship Program at the Mass General Cancer Center, led the study and was a corresponding author of the JAMA report. “There is a common misconception that equates palliative care with end-of-life care,” she said. “While end-of-life care is a component of what palliative care does, it is really a specialty that can help patients across their illness continuum.”

The Mass General palliative care team of physicians, clinicians, nurses, social workers and psychologists has expertise in symptom management. Many patients who are receiving intensive curative therapy, such as bone marrow transplantation, exhibit a range of physical and psychological symptoms. “Our palliative care expertise can help alleviate these symptoms and help patients and families live the best way possible for as long as possible, making the burden of treatment less,” El-Jawahri said.

Palliative care clinicians met with the study participants within three days of their admission to the hospital, establishing a rapport with them and their families. On average, patients received eight palliative care visits during their hospitalization. “They really helped patients and families develop coping strategies to deal with the stress of living through this experience,” El-Jawahri said.

El-Jawahri’s research team discovered that many physical and psychological symptoms arise as a result of the necessary three- to four-week hospitalization period for bone marrow transplant patients. After admission to the hospital, patients receive high-dose chemotherapy and/or radiation therapy to eradicate diseased cells from the body. Stem cell transplantation, a procedure that infuses healthy blood-system stem cells, follows to begin repopulating the marrow — generally a week into hospitalization. Afterward, patients experience pain, nausea, vomiting, diarrhea, fatigue and insomnia. In addition, the social isolation of being in the hospital so long can lead to depression and anxiety.

“I would say that bone marrow transplantation is arguably the most intensive therapy that we give in oncology in general,” she said. This population is particularly vulnerable to the trauma of their illness, and 20 to 40 percent experience some form of PTSD symptoms years out from their procedure. The study found that palliative care intervention led to sustained improvement in patients’ quality of life and psychological outcomes, including depression and post-traumatic stress, even three months post-transplant.

For a long time, experts perceived the symptoms patients experience during hospitalization for transplant as being a natural and non-modifiable part of the process. “Our ability to modify this is really encouraging,” El-Jawahri said. “Modifying patient’s experience during transplant can really improve their psychological wellbeing later on.”

“I think we did this study to really shift that paradigm [about equating palliative care with end-of-life care] and talk about potential benefits of expertise and symptom management and how to help patients, regardless of their prognosis,” El-Jawahri said.

This study is ongoing, and the team is still following patients longitudinally to assess the impact of involvement of palliative care on survival. “Most patients who are going into transplant, whether it’s for autologous or allogeneic stem cell transplant, are going for curative therapy,” El-Jawahri said. “People have gone through the intervention now, and we’re looking at longer-term outcomes.”

Read more about the study.