This Massachusetts Cattle Farm Is Supporting Sustainability in New England 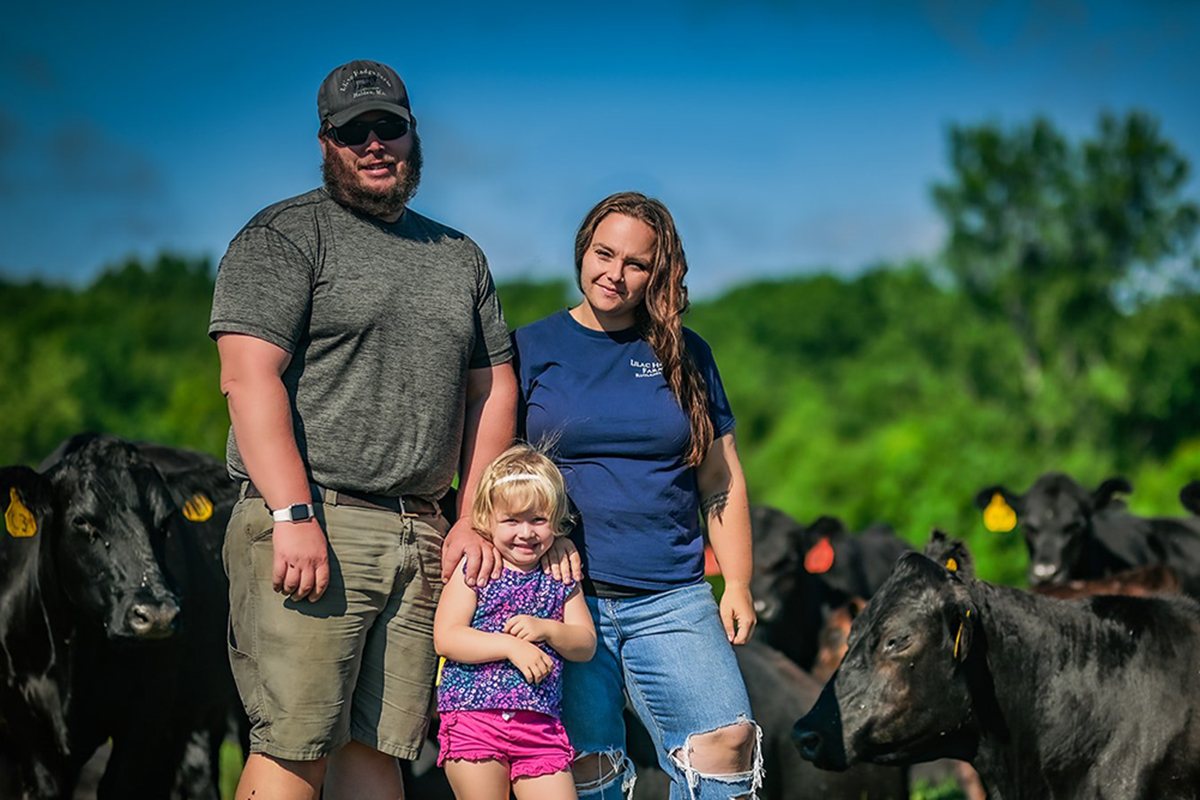 Farming has long been an integral part of the New England identity, and humans have cared for animals and the land long before modern civilization, going back to the days of the first colonists that planted the seeds of the nation. Farming has continued to be a vital economic engine and nutritional source in the U.S., even through years of urbanization and innovation that saw the nature of farming evolve.

Although new technologies and practices have allowed farmers to become increasingly effective, one thing has been constant: Cattle producers have sustainability in mind. Modern cattle producers in urban-suburban environments like Greater Boston and beyond are finding ways to use cattle and the land they live on to promote a sustainable environment while supporting healthy diets. They are a vital part of the larger sustainable community, protecting open spaces, provide habitats for wildlife and, of course, transform inedible grass into delicious beef.

This is true for cattle producer and Massachusettsan Heidi Cooper. She and her husband Holden manage Lilac Hedge Farm just outside of Worcester, where they raise cattle and care for the land that their farm inhabits. She’s a prime example of a cattle producer who is combining all the modern tools available with the age-old tradition of farming to create a better environment for her community. 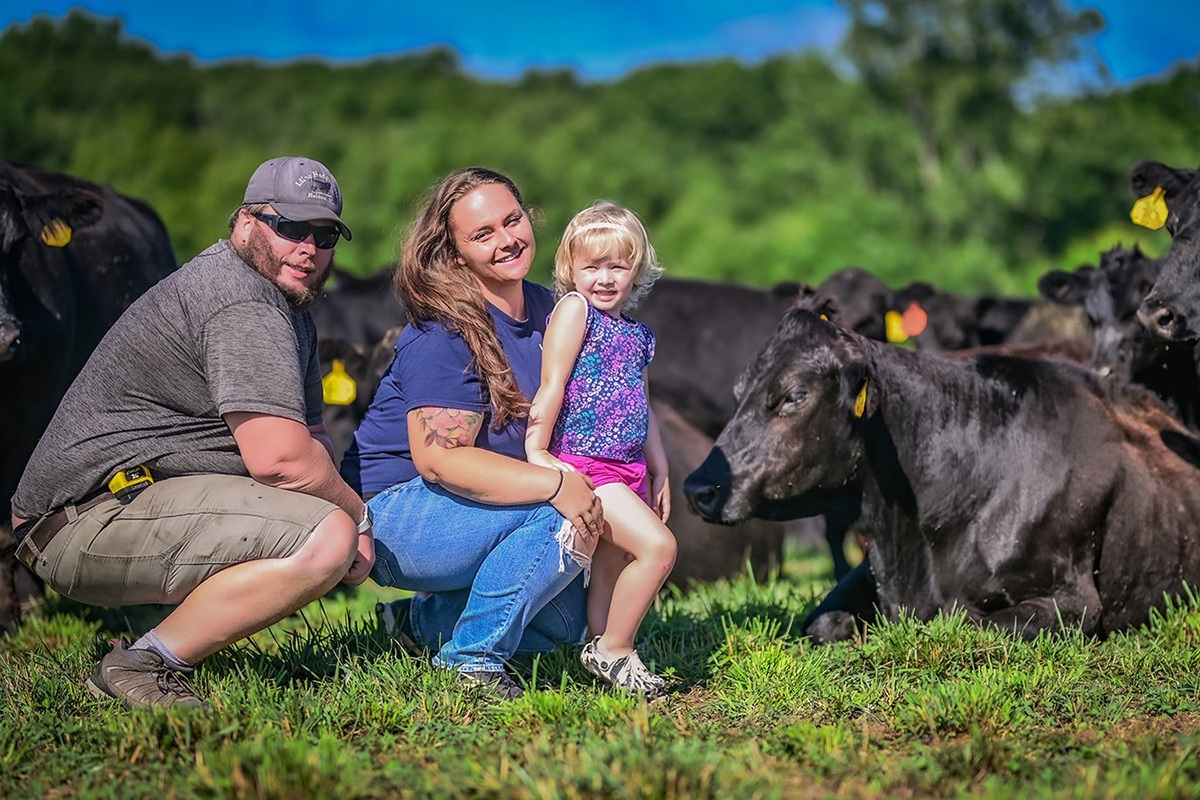 A New England State of Mind

Cooper believes in the traditional New England way of doing business. A mom of three, she does business with her friends, family, and neighbors, and she wants to do right by them with her product. She feels good knowing that her product and that of cattle farmers across the U.S. is produced in a healthy, sustainable way and provides nutrients to fuel her community. But she doesn’t do it alone.

“It takes a lot of cooperation. And if you help someone, you’ll get the help back at some point,” Cooper says. “Everyone counts on somebody at some time.”

She’s had to rely on her New England community throughout her years in the business. In the beginning, when she didn’t have the tools to prepare hay for the winter, she and her husband called on one friend to cut hay, and another to wrap it into bales. In turn, she now loans out her equipment to local fruit and vegetable producers that she regularly purchases food from for her home cooking.

For years, that cooperative mindset has allowed her to work hand-in-hand with a local beer producer. Cooper’s farm works with a brewery in Worcester, Greater Good Imperial Brewing Company, to reuse their spent-grain byproduct from the brewing process as cattle feed. This product that would otherwise go to waste can be used to give cattle the extra nutrients they need in the winter.

“Cows are magical in that they can eat things that humans can’t eat, and they upcycle it into food for us – beef,” Cooper says. “It allows us to use something that would otherwise be a waste product and that would cost the brewery money to dispose of.” It’s a win-win for sustainability.

This same practice applies to cattle producers across the country. They are able to take products in their area that would otherwise be unusable and turn them into food for their animals. In fact, nearly 30 percent of the land in the U.S. cannot be used for anything else, but it is perfect for cattle, who eat the human-inedible grass and plants and turn them into beef! 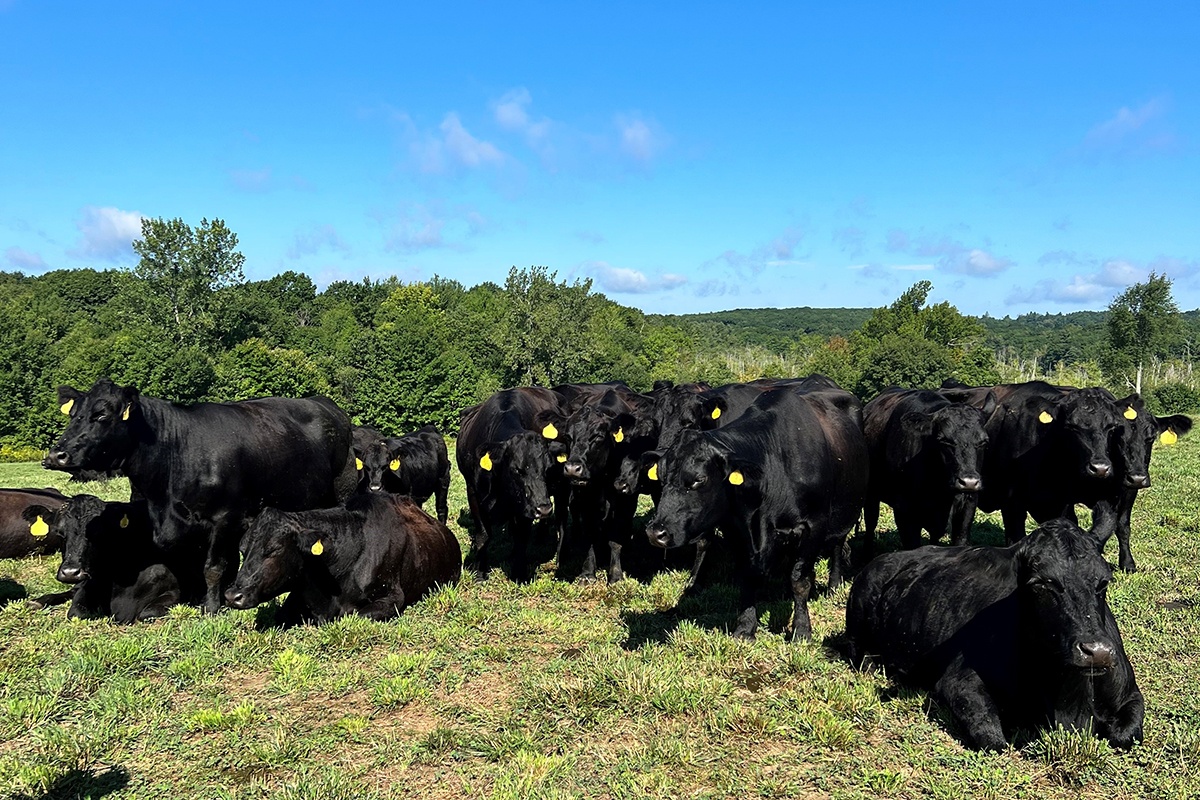 That is what makes Cooper’s farming approach so promising for the future: She’s using creative ways to not just limit her footprint but improve the environment, and her focus on sustainability receives support from beyond New England. Cooper, like many famers, works with the Natural Resources Conservation Service (NRCS) of the U.S. Department of Agriculture to ensure that they’re conserving soil and protecting the environment. The NRCS provides her with guidance on sustainable practices, including rotational grazing, which moves cattle across different sections of the farm so that the grass has time to regrow and flourish.

Cooper and her staff regularly monitor the land to evaluate its health and to make informed decisions about managing it. They actually go into the field to take soil samples and measure the height of the grass to make sure it is as healthy as it can be. Doing so ensures that the land will be fortified for decades to come.

Cattle producers have a vested interest in sustainability because they want to preserve this land for the next generation and generations to come. “Everything we’re doing, especially in our partnerships with NRCS, has to do with taking care of the land in a way that our next generation will be able to work with it and do even better,” Cooper says. “Because we’ve put more back into it than we’ve taken.”

That approach to conservation benefits a variety of landscapes and species that inhabit them, from Sage Grouse to Monarch butterflies. Cooper notes that their land is mixed, with woodland providing a habitat for wild creatures; a favorite resident is a porcupine they spot from time to time.

According to Cooper, it’s a beneficial environment for humans as well. “Appreciating the open-space portion of it is such a big deal,” Cooper says. “When we have people come out to our farm, even if they’re just from Worcester, they are in awe of the farm and remark about its beauty.”

Ultimately, it comes back to the health of the next generation for Cooper. Because cows can turn unusable materials into nutrient-rich foods, cattle producers like Cooper are playing the critical role of using changing technology to increase sustainability and feed an ever-growing population–which lends a whole new significance to picking up a cut from those rows of red meat in the grocery aisle.