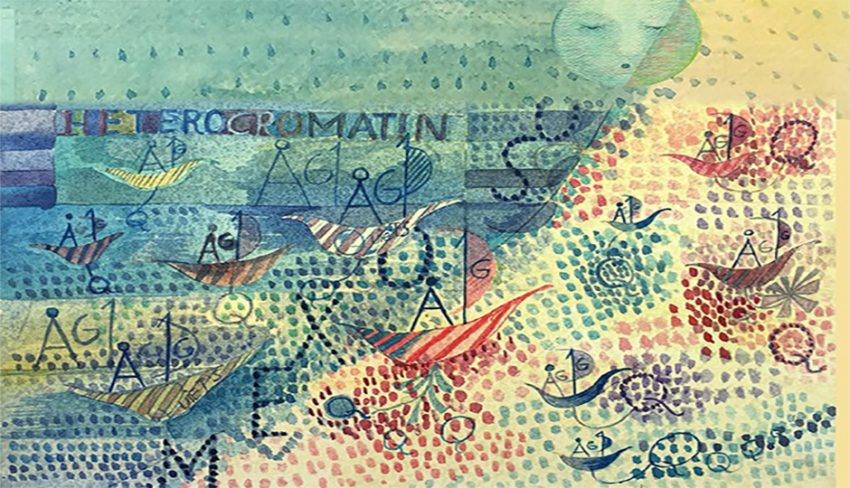 Until maybe seven years ago, cancer researchers’ primary focus was on killing or inhibiting the growth of active, rapidly dividing cancer cells. Lately, they’ve started looking at the significance of recently discovered dormant cancer cells. Recent work has shown that these cells are resistant to radiation and chemotherapy, and can lie dormant for many years — potentially seeding cancer recurrence. A team from Massachusetts General Hospital Center for Cancer Research and Department of Medicine, Harvard Medical School recently discovered a pathway that they think may be the “Achilles heel” for dormant cancer cells.

“As far as cancer was concerned, it was always the disease of rapid division and rapid cell growth. The concept of introducing dormancy as a principle within cancer is counterintuitive. It challenges the very fundamental understanding of cancer,” says Mo Motamedi, Assistant Professor of Medicine, Harvard Medical School and Assistant Geneticist, MGH Cancer Center.

Dr. Motamedi led the MGH/Harvard study published in Molecular Cell journal. “What’s really challenging is that these dormant cells, which also occur in cancer, are resistant to everything,” Motamedi says. “Everything” refers to chemotherapy and radiation therapy. These dormant cells, also called G0 (G-zero), can come out of dormancy and start to divide again, causing cancer to recur even decades later in patients who have had seemingly successful therapy. At the present time, there are no drugs or treatments against dormant cells.

What causes cells to enter G0?

Cells go into G0 when they are exposed to different kinds of stress factors, such as lack of oxygen, limited nutrients, etc. The cells stop dividing, reduce their metabolic output and go into survival mode. “This principle of basically responding to the environment in a way that optimizes your survival is an inherent property in pretty much all living things,” says Dr. Motamedi. It’s very similar to hibernation. In cancer, the real problem is when these cells come out of dormancy. Researchers are stumped as to what actually brings cells out of dormancy.

What the MGH team discovered

The MGH researchers focused on understanding how cells survive once they enter dormancy. They found that when cells go into dormancy, they use a certain set of proteins that “fine-tunes” their gene expression, enabling them to survive for lengthy periods of time. “We’ve identified a set of proteins that are involved in that,” Motamedi says, “and now when we target these proteins we can specifically kill the dormant cells.”

“We modeled dormancy in yeast because it was very easy for us to do that,” Motamedi says. When human cells are starved for nutrients, some go into dormancy and some don’t; there is never a pure population of dormant cells to study. However, when yeast cells are starved for nitrogen, they all enter dormancy, giving researchers a pure population to study. In addition, the proteins required for regulating gene expression are found in both yeast and human cells, and they may do the same job. “We’re really optimistic that this is going to turn into something that will be a new target for cancer therapy.”

The pathway … similar to a light switch

When you walk into a room and turn on the light switch, all lights are illuminated. Turn the switch again, and all lights go out. The MGH team thinks they’ve found a switch that is critical for the survival of dormant cells. They believe that by targeting this switch they may be able to kill dormant cancer cells specifically.

“We’re testing to see if this pathway also works in human cancer cells and is responsible for cancer recurrence and resistance,” Motamedi says. They are also trying to study this pathway molecularly and identify other proteins that govern this switch from one state to another.

“This won’t be the single therapy that will cure cancer, but this can be done in conjunction with the conventional approaches to not only kill the dividing cells with chemotherapy and radiation therapy, but also kill the dormant cells so we can hopefully wipe out all the cells that are cancerous,” he says.