The Modern Prairie Home: A Boston Architect Shares His Take on this Dreamy Design Style 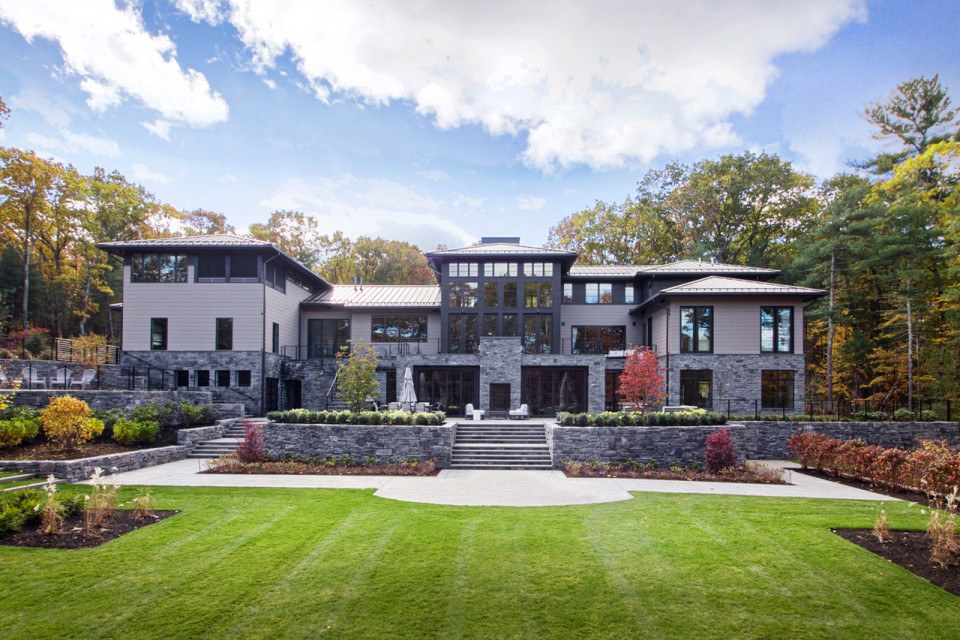 Our beloved Boston streets are lined with brownstones and Victorian row houses dating back to the founding of the city. In the suburbs, classic brick Federal style homes and colonials dot sprawling lawns and wooded acreage. But sprinkled among them are some exceptional styles that become refreshing eye-catchers between the archetypes. One of those styles is the Modern Prairie, commonly associated with turn-of-the-twentieth century architect Frank Lloyd-Wright. Slocum Hall Design Group Owner David Boronkay recently headed a Modern Prairie project. Here, he shares his experience and expert insight into the story of the incredible architectural style. 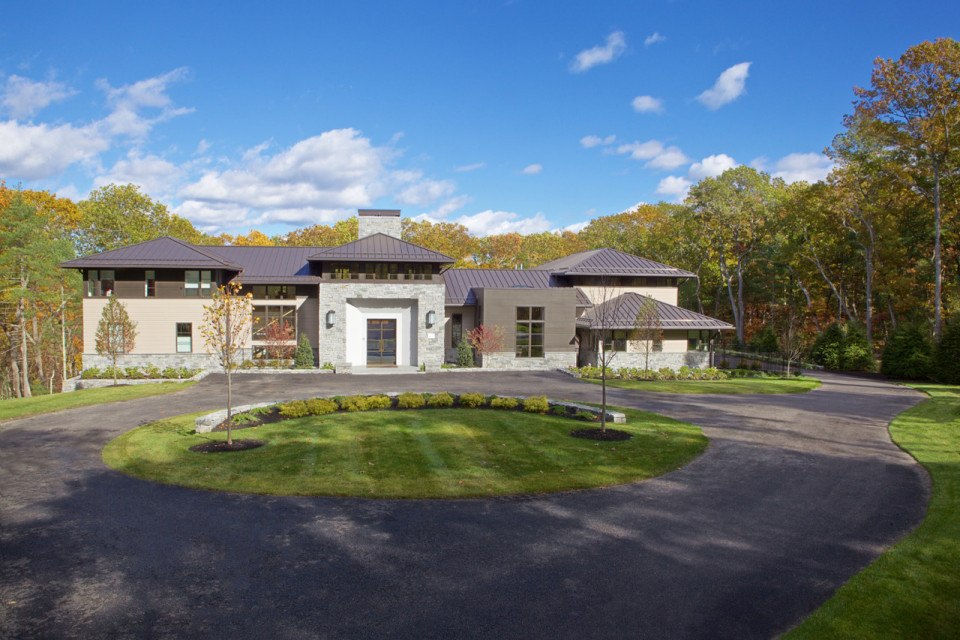 The Prairie Style is one of the earliest movements in American modernism. “It came to prominence at the end of the Victorian Era in an effort by Frank Lloyd Wright to simplify architecture, which had become highly ornamented,” says Boronkay. That, and the integration of modern features, is where the effortlessness and clean lines of the Modern Prairie comes from.

“Designing this home, we utilized Prairie-inspired features like the exaggerated hip roof, the use of natural materials, the relationship between the house and the land it sits upon, and large windows that marry the interior with the exterior environment,” he says. Boronkay says that the marriage of ‘Modern’ and Prairie elements gives the design a sense of history and permanence. 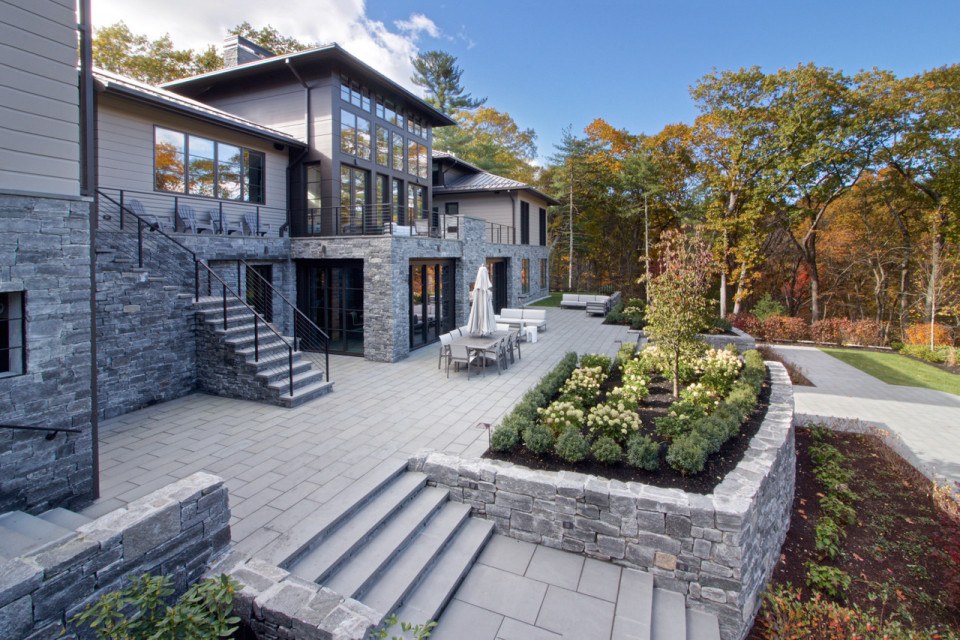 For Boronkay’s Modern Prairie project, the owners were aiming for a modern-style home but didn’t want to grow tired of their house’s design—which is why they avoided any styles that were too trendy. “I shared imagery of modern homes from the turn of the twentieth century with our clients, and they were immediately drawn to The Robie House and Falling Water, both by Frank Lloyd Wright,” Boronkay says.

The two homes were built 30 years apart, reflecting different periods in Wright’s career, but still feel modern today despite their age. “The common thread is that the designs are timeless,” Boronkay says.

“Using cues from the past and updating them with new ideas allows us to create hybrid styles that pay homage to history while updating the aesthetic to something that will function in the modern era,” says Boronkay. The Modern Prairie fits the bill.

Effortlessness is the visual result of a Modern Prairie build—but is no part of the execution. “There is a significant amount of detail work that goes into creating and executing a design that looks so simple once completed,” says Boronkay. The Modern Prairie project has relied on intricate labor every step of the way. “Every piece of molding and trim on the interior had to be highly detailed and documented to ensure that it was installed with precision.”

The design also uses a very multimedia approach to create a balance between the organic and intentional aspects of the house. For that reason among others, the Modern Prairie home becomes visually unified with the land on which it is built—you can imagine the design expertise required to achieve such a feat, especially in a 15,000 square-foot home like the one Boronkay designed. 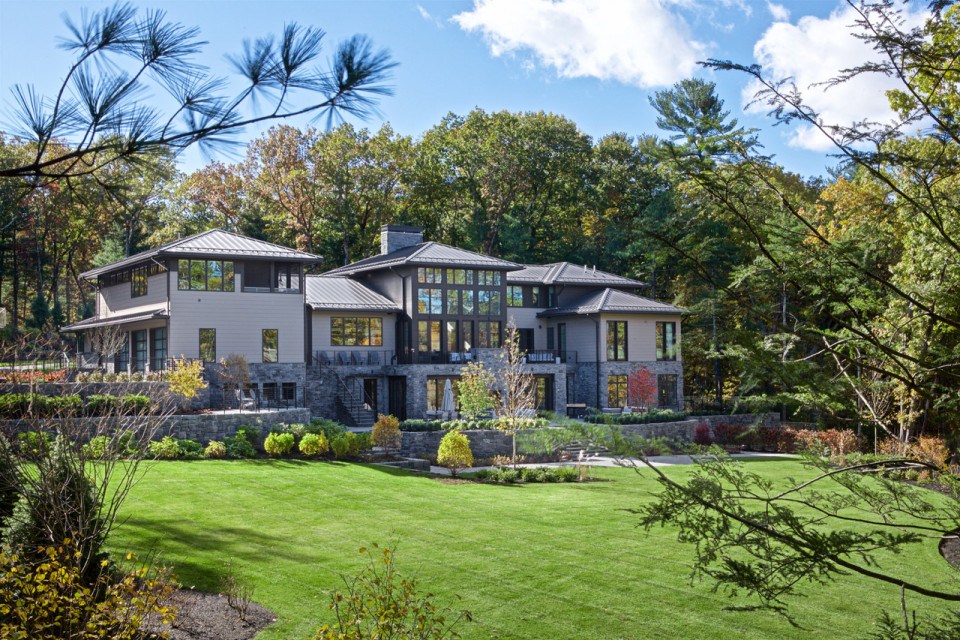 One with the land

Merging the surrounding environment and the Modern Prairie home is a process that Boronkay does not take lightly. “Unifying a home with the property on which it sits has become a lost practice with the advent of developer track houses and McMansions,” he says. “Taking the time to consider how a home relates to its land and striking a harmonious balance between the house and its site is something I feel strongly about.”

A large part of the warm, organic energy of the Modern Prairie that has to do with the materials used. “One of the biggest challenges was infusing a house of nearly 15,000 square feet with a feeling of coziness,” says Boronkay. “Utilizing the warmth of natural materials helped to create a sense of calm and tranquility, even in rooms with 20-foot ceilings.”

And, even in rooms that are built for hot tubs. That’s right, Boronkay and the Slocum Hall team incorporated an indoor Spa room to the Modern Prairie home, complete with one wall made entirely of windows—talk about integrating the outside environment.

The Modern Prairie project is a testament to architecture’s ability to bring incredible tranquility and organic energy to a living space, even before a home is furnished. “I hope we start to see more of these types of homes in the Northeast,” says Boronkay.

Looking to learn more, or build a dream home like the one above? Visit slocumhalldesign.com. 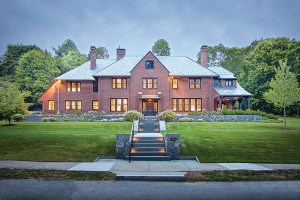