Follow the professional and personal lives of six Tanglewood Music Center Fellows this Summer in the Boston Symphony’s Web Series!

One episode will be released weekly over the course of eight weeks. Episode one and two are now available!

“New Tanglewood Tales: Backstage with Rising Artists” spotlights the professional and personal lives of six Fellows from the 2014 class of the Tanglewood Music Center, the BSO’s prestigious summer music academy that takes place at Tanglewood, one of the world’s most preeminent summer music festivals, located in the beautiful Berkshire hills of western Massachusetts.

This = web series gives viewers a behind the scenes look at six extraordinary young musicians-their hopes and dreams, struggles and challenges, drive and perseverance-and  captures the real-life stories that have inspired these musicians to pursue their ambitions in the intensely competitive world of classical music.  It begins as they leave their homes for Tanglewood; meet and interact with their colleagues in the Tanglewood Music Center; participate in orchestral, vocal, and chamber music concerts on the stages of Ozawa Hall and Shed; prepare music for the Festival of Contemporary Music; and attend and participate in master classes with BSO members, TMC faculty, and visiting artists, including some of the most prominent performing artists of our time.

“New Tanglewood Tales” also includes footage of the Fellows at work with some of the world’s most prestigious conductors, including BSO Music Director Designate Andris Nelsons, who leads the Tanglewood Music Center Orchestra in excerpts from Strauss’s Der Rosenkavalier on July 12, as part of a gala program that will also feature the Boston Symphony Orchestra performing works by Rachmaninoff and Ravel.

In addition to these many and varied musical activities, this new web series will also offer viewers a glimpse at the personal lives of these Fellows as they navigate the world between being a student and a professional musician.

In the second episode that launched August 1, viewers get to know percussionist Jeffrey DeRoche who talks about what it’s like being a percussionist and to work directly with BSO percussionist William Hudgins in preparing a performance of Christopher Rouse’s percussion ensemble piece Ogoun Badagris. The episode also features flutist Masha Popova as she rehearses with a new wind quintet and works with BSO principal flute Elizabeth Rowe; cellist Clare Monfredo, who perform in a masterclass for violinist and TMC faculty member Mark Sokoland prepares for the String Quartet Marathon; and conductor Karina Canellakis, who works with TMC Conducting Chair  Stefan Asbury and talks about her experience as a Fellow so far.

The Tanglewood Music Center Fellowship Program is the Boston Symphony Orchestra’s summer academy for advanced musical study. The TMC offers an intensive schedule of study and performance for emerging professional instrumentalists, singers, conductors, and composers who have completed most of their formal training in music. The Tanglewood Music Center, which started as the Berkshire Music Center in 1940, will celebrate its 75th anniversary in 2015. 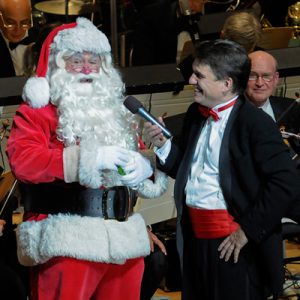