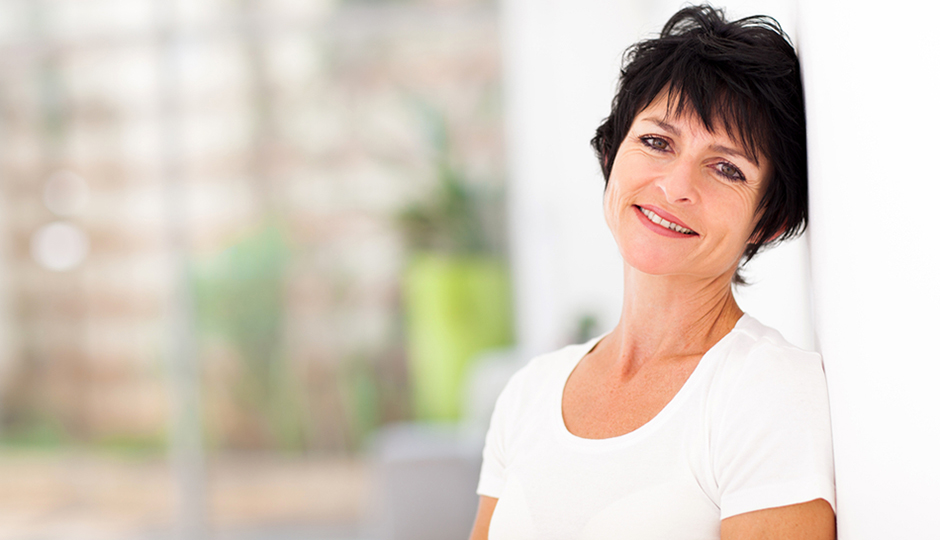 Depending on your age, you may be preparing for it. Or it may have already passed you by. It can be accompanied by several symptoms, or you may not notice many changes at all. But if you’re a woman, your body is expected to go through it. It’s menopause.

Historically, women have been known to call menopause “the change” because of the many changes the body can go through during the time it prepares to stop menstruating. Some of these include hot flashes, night sweats, difficulty sleeping, and mood changes. Women also report other symptoms such as irritation and pain with intercourse, poor lubrication, urinary urgency, and pain or burning with urination. The clinicians at the Center for Intimate Health and Wellness at Beth Israel Deaconess Medical Center (BIDMC) want you to know there are treatment options for a lot of these symptoms, which are now known collectively as Genitourinary Syndrome of Menopause (GSM).

GSM is a new term that came about to describe these symptoms and to validate the fact that they are part of a real medical condition.

“Overall, the term ‘menopause’ is associated with cultural beliefs that make some women feel they’re older than they are,” says Dr. Roger Lefevre, MD, Director of the Center for Intimate Health and Wellness at BIDMC. “People use terms like ‘drying up’ and those terms have negative connotations that are traditionally or culturally part of menopause. GSM emerged to give medical terminology to this phase of life and the symptoms that accompany it. These are real symptoms and a lot of them have real treatment options.”

When estrogen levels begin to decline in menopause, it affects virtually all reproductive organs.  Back in the 1990s, OB/GYNs used to treat these lower levels of estrogen by giving women estrogen pills, but studies found that they increased the risk of breast cancer and stroke threefold.

Current treatments often include vaginal estrogen therapy in which a pill, ring or cream is inserted into the vagina.  Over the past few years, a new treatment, called energy-based therapy, has become more popular. This non-hormonal and non-surgical treatment involves using radiofrequency or laser energy to “heat” the vaginal tissue and induce changes that can be beneficial to the patient. These energy-based procedures are performed in the office and are virtually painless.

Dr. Lefevre has reviewed both options and elected to purchase the laser in his Center for many reasons.

“We were very careful in deciding which technology we wanted to use,” Lefevre says. “I found the laser options to be more versatile and allow us to offer targeted treatments for patients.  The hybrid laser that we chose can be programmed to affect tissues at very specific depths and do so with the right intensity to help better promote the growth of new collagen.”

The new collagen helps thicken the vaginal tissue, reinforce the support under the urethra which ultimately helps alleviate the feeling of looseness in the vagina (known as vaginal laxity) as it helps with urinary incontinence.

According to Dr. Lefevre, the laser treatment has shown benefits in improving vaginal lubrication by as much as 60% and he’s seeing similar increases in improvement for urinary incontinence. The course of treatment for the laser involves a five to seven-minute session once a month over three consecutive months.

“For me, the hybrid laser gives me more options for the patient and it seems to be winning over other energy-based technologies,” Lefevre says.  “It is an excellent alternative for patients to help treat the symptoms of GSM.”

Lefevre believes that more work needs to be done to remove the stigma attached to menopause so that women are not viewing it as negatively and they feel more comfortable talking about it to their physicians.

“We’re not there yet,” Lefevre said. “There’s still a negative connotation to menopause. People, like myself, who work in women’s health will continue to work on educating primary care physicians to inquire about symptoms of GSM so they can counsel their patients about GSM and inform them that it is treatable. Right now we’re putting a lot of effort in the women’s health realm but we need to expand and reach out to other parts of medicine and spread the knowledge.”