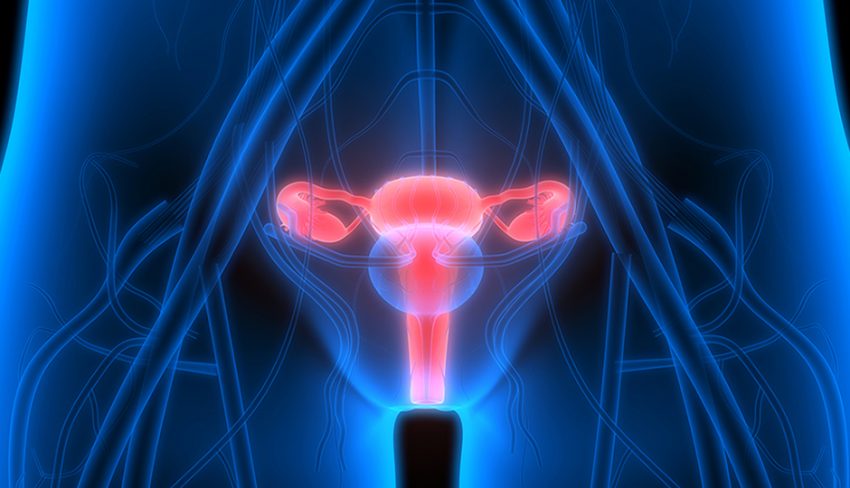 Many cancers announce their presence with recognizable symptoms, but ovarian cancer is so evasive that it rarely gives clues until it’s too late. Thanks to the combined results of two ovarian cancer screening trials, researchers have developed a personalized strategy that could detect malignant tumors in increased-risk women at earlier stages.

The standard advice for women at increased risk, due to family history or inherited gene mutations, is to have their ovaries and fallopian tubes removed once they’ve completed their families. Some women opt to delay surgery. In a report published in Clinical Cancer Research (CCR), co-lead and corresponding author Steven Skates, PhD, of the Massachusetts General Hospital Cancer Center and the Biostatistics Unit, said two trials of women at increased risk used the Risk of Ovarian Cancer Algorithm (ROCA).

Skates and Ian Jacobs, MD, FRCOG, of the University of New South Wales in Australia and University College London, developed ROCA to track the subjects’ levels of CA125, a protein found in the blood. The idea was to determine whether ovarian cancer was detected at an earlier stage using ROCA. For women at general population risk an additional question could be addressed, namely whether ROCA reduced mortality among screened women compared with those who were not screened. However, in women at increased risk only the impact on stage at detection was addressed in the two studies reported in CCR.

CA125 levels in women with ovarian cancer are generally monitored to determine when a level exceeds a cut point of 35. In analysis of past CA125 screening trials, Skates and Jacobs found that women have their own baseline level that CA125 fluctuates around. They looked into ways of using the baseline information, unique to each woman, to come up with a more customized interpretation than using a single cut point. “In those women who did get ovarian cancer, there was this rapid rise in the CA125 level in the blood above her baseline level which, we think, reflects the biology of the disease,” Skates says.

Testing via ROCA using serial CA125 values involves integrating both the first measurement (what you get on your first test) with the behavior over time (what you get when you have two or more tests). After two tests, there’s a good idea of what a woman’s baseline is, and using ROCA is more accurate than using a cut point of 35. “We’re not advocating this test to replace preventive surgery in increased risk population,” Skates notes. “The recommendation for preventive surgery should not change, but it does give another option for those women in the increased risk population who, despite medical advice to the contrary, want to delay their surgery for some time.”

Evidence from the two screening studies published in CCR shows that the ROCA approach ¾ i.e., personalizing the test ¾ increases detection of early-stage ovarian cancer from 10% (without any testing) to about 50%. That way, the woman’s own baseline is the reference point, and when CA125 levels are significantly above that level, it’s time to take the next step, instead of waiting until the level exceeds 35.

Usually, the next step is ultrasound and then if that is positive, then surgery for ovarian cancer is recommended which includes removing the ovaries. This surgery results in significantly less morbidity to the patient when the cancer is detected in early stages.

The test is not yet available, but a company is entering into discussions with the FDA to evaluate it. “CA125 has been the best ovarian cancer marker that the research community has found to date, but it certainly is far from perfect,” Skates says. “We need to find other biomarkers to complement it or that rise earlier than CA125 does.”

Down the road, Skates and his research team hope to find a multiple marker panel that will add to ROCA’s effectiveness as an early detection test or better still, indicate the disease even before CA125 levels rise. “We are dedicated to spending a significant amount of time and effort to find such markers, and that’s quite a difficult process,” he says.