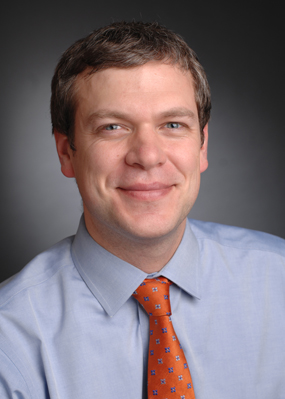 What Is Proton Beam Therapy?

A type of radiation beam that limits the dose to the targeted area, thus sparing healthy tissues. Proton beam can be combined with conventional photon treatments

What is the value of proton beam therapy?

Massachusetts General Hospital, along with the University of Pennsylvania and several other proton centers, is leading a trial that may help settle a long-standing debate: Is proton beam therapy (PBT) more effective than intensity-modulated radiotherapy (IMRT) for prostate cancer?

Of the some 200,000 men who are diagnosed with prostate cancer annually, many will suffer lifelong morbidities resulting from treatment. PBT and IMRT are both targeted advanced radiation technologies that are capable of delivering higher doses of radiation more directly to the prostate than do older techniques, leading to higher cure rates.

By sparing surrounding tissue and organs, these technologies are meant to decrease toxicity and perhaps reduce the rare risk of developing a second cancer. Unlike IMRT, PBT delivers radiation by using a more focused beam to the targeted tumor, with less of a low-dose bath for the pelvis and no “exit” dose irradiating tissue beyond the tumor. Theoretically, PBT may thus cause fewer side effects than IMRT.2

The theoretical advantage of PBT seemed particularly relevant to the prostate, which lies close to the bowel, bladder and rectum, which all may be affected by scattered radiation. But it is also possible that protons are not as sharp at the depth of deep-seated tumors like the prostate, and there are other potential advantages to IMRT. The few studies comparing PBT with IMRT in prostate cancer have been retrospective, uncontrolled and conflicting. A 2012 study in JAMA3 found that patients treated with IMRT had decreased bowel toxicity compared with those treated with PBT, while a 2012 study in the Journal of the National Cancer Institute (JNCI)4 found that patients treated with PBT had improved urinary function in the short term. However, both studies relied on data from physician billing codes rather than patient reports. In Cancer this year, Dr. Efstathiou and colleagues described patient-reported outcomes following PBT, IMRT or 3-D conformal radiotherapy. PBT initially caused fewer gastrointestinal and urinary problems, but after two years QOL outcomes were similar to IMRT.

According to the 2012 JNCI study, median Medicare reimbursement for PBT is $32,428, compared with $18,575 for IMRT. Despite the lack of well-designed prospective comparative studies to date and the higher cost, many men choose PBT over IMRT because of the assumption that it reduces long-term side effects. Prostate cancer has been a driving force behind the establishment of new proton beam facilities, which may double in three years and whose patient load in some cases may include up to 75 percent prostate patients.

The PARTIQoL trial is looking at patient-reported QOL outcomes and other end points. The primary QOL end point is bowel function because it is the most specific long-term side effect. The study will also:

“Despite a clear benefit in some cancers, such as pediatric malignancies, the rapid adoption of PBT may be happening before its effectiveness and comparative value has been rigorously evaluated in all disease sites,” noted Dr. Efstathiou. He hopes PARTIQoL will serve as a model for evaluating costly yet promising medical technologies.