The push to look younger and fresher is certainly not a new concept—both women and men have sought the service of cosmetic enhancements for decades. Studies are showing however, that this trend shows no sign of waning.

According to the American Society of Plastic Surgery (ASPS), the number of cosmetic procedures jumped 115 percent between 2000 and 2015. The data even shows people are tweaking anything and everything from top to bottom—literally—with a 252 percent jump in buttock lifts since 2000. Surgical revisions, such as breast augmentation, liposuction, nose reshaping, eyelid surgery, tummy tucks, along with a host of minimally-invasive treatments, are also very popular nowadays.

“While more traditional facial procedures and breast augmentations are still among the most popular, we’re seeing much more diversity in the areas of the body that patients are choosing to address,” says ASPS President David Song, M.D., M.B.A., F.A.C.S., in a written release announcing the 2015 results. “Patients have more options than ever.” he adds.

Experts say the growth in cosmetic procedures is likely in response, not only to a consumer base that is increasingly comfortable with the idea of getting nipped and tucked, but to a host of new technologies and procedures that make having improvements easier and involve less downtime.

Cosmetic procedures on the upswing

“People are finally understanding that there is frequently no need to resort to surgery to become rejuvenated,” says Dr. Anna Petropoulos, M.D., F.R.C.S., a facial plastic surgeon with The New England Facial & Cosmetic Surgery Center, who pioneered non-invasive rejuvenation 15 years ago.  Indeed, for the first time since 2000, facelifts, once the flagship of the field, no longer ranked among the top five surgical cosmetic procedures.

Instead people are putting their hopes into smaller less invasive strategies, such as soft tissue fillers, chemical peels, and microdermabrasion, which fend off the signs of aging more gradually, rather than trying to reconstruct the face once the damage has been done. “I think the most exciting advances have been in the evolution of fillers, and they will continue to evolve,” says Dr. Katrinka Heher, M.D., of the Devonshire Center in Boston. “A youthful appearing face is one that has soft, subtle volume. Fillers are being devised to treat specific facial features in a much more effective and natural way.  With target-specific treatments, impressive results can be achieved with very little downtime and in a relatively brief, painless manner.” However, it’s important that they’re used correctly to ensure a positive result. When muscle relaxants like Botox are overused, or filler is overdone patients can wind up looking waxy and expressionless.

Since more providers are offering these minimally invasive procedures, consumers need to be more diligent about who they choose to get the desired result. “Many of these minimally-invasive procedures are performed by a variety of providers and not all of them have the expertise or rigorous training of ASPS-member surgeons. It may not be surgery, but there is still a lot at stake,” says Song.

This same caution needs to extend to other quick-fixes on the market, says Dr. Raffi Der Sarkissian, a plastic surgeon with Boston Facial Plastic Surgery. All the excitement about ‘new’ procedures needs to be tempered with the realization that many do not have long track records. “So ‘quick fix’ lasers and creams as seen on TV and on internet promotions may have a place for small improvements, but the technology, as yet, has not caught up with the need for ‘real’ results,” he adds. Sometimes it’s not the technology or the provider that is at fault for a poor outcome—often it’s the patient.

As the number of people looking to improve their appearance grows, so has the number of people who are becoming, perhaps, a little too focused on miniscule problems that are imperceptible to others. “I think people are almost becoming too conscious of their looks,” says Dr. Leonard Miller at the Boston Center for Facial Rejuvenation. If left unchecked, the patients might wind up looking overdone and unnatural. It’s wise to find a provider who will check that impulse to ensure a natural result.

A rise in body procedures

The face isn’t the only area that’s getting cosmetic attention lately.  On the list of the five most popular surgical cosmetic procedures for 2015 are breast augmentation, liposuction, and tummy tucks.

People are also, not surprisingly, very interested in fat removal procedures that can rid them of those love handles, spare tires, saddle bags, and double chins.

Liposuction, a tried and true fat removal procedure, retained a top spot among surgical interventions with 222,051 procedures performed in 2015. However, since 2000, the number of liposuction procedures has actually dropped 37 percent as new, less-invasive options come on the market.

There is now a spectrum of technologies surgeons may use to achieve better results and faster recoveries. “Non-surgical fat removal is growing in popularity with many new devices being developed,” says David Stoker M.D. at the ASAPS. However, these procedures are typically best for treating small amounts of fat in limited areas. Liposuction, however, is typically able to remove 100 percent of the targeted fat in a given area in a single procedure and treat multiple areas during one visit. Liposuction also offers the benefit of immediate results, while other methods may require multiple treatments or take time to see results. In the future, new technologies will likely be developed to target fat, including more energy devices, says Stoker. “Hopefully progress will be made in developing procedures that will tighten skin at the same time fat is removed,” he says.

While liposuction may remain an old favorite, new fat-busting procedures also hold appeal for patients. Judith A. Hondo, M.D., A.B.Ph., R.V.T., R.P.V.I., a physician at the Vein & Aesthetic Center of Boston, says they’re now using a new injectable that can help patients get rid of that extra fat under the chin that resists the best dieting efforts.  The injection contains a solution that is injected under the skin into the fat pad and where it helps to dissolve the fat, which is then absorbed by the body. “The procedure may appeal, in particular, to men who often have just that little bit of padding under the chin,” says Hondo.

Another procedure that holds appeal for an increasing number of men is breast-reduction surgery.  In 2015, more than 40 percent (27,456 of the 68,106 breast reduction procedures) were performed on men in the U.S., according to the ASPS. This was a 35 percent increase since 2000. Most often these are younger men who inherited a breast size or shape that they want to change.

Also up were breast reconstruction procedures. In 2012, the ASPS began a national campaign aimed at helping women understand their options when it came to breast cancer treatment and breast reconstruction. The number of women seeking reconstruction rose four percent in 2015 and was up 35 percent since 2000. Today, there are a host of different surgical techniques that can help women who have undergone a mastectomy or lumpectomy to closely restore breasts to their previous form. The face and body aren’t the only areas of focus when it comes to cosmetic enhancements. The number of cosmetic dental procedures, like cosmetic procedures in general, are also on the upswing, aided by new technologies that are paving the way for better, quicker results. “The buzz in dentistry is the integration of computers into routine dental care,” says Dr. Ryne Johnson, a prosthodontist and managing partner at Newton Wellesley Dental Partners. “What that does for people is it makes the work more exacting, provides faster turnaround, and the aesthetics are outstanding.”

Increased use of computer-aided design and computer-aided manufacturing known as CAD/CAM technology allows dentists the ability to give patients dental implants in one day. It’s a stunning difference from a process that five to eight years ago, took several months to achieve the same results.

New technologies are also aimed at helping people keep their natural teeth longer, says Dr. Fiza Singh, a partner of Northshore and Brookline Endodontics. Advances have helped make extracting teeth a last resort. Endodontic therapy combined with an appropriate restoration by your dentist can add decades of service to your natural tooth, which otherwise would need to be pulled, according to Singh.

Another advance that is certain to thrill any patient who has endured the old putty-filled trays used to make dental impressions—a 3-D scanner that makes digital impressions, and doesn’t include the gag-inducing glop. It is called the iTero Element 3D Scanner. “I can digitally capture a detailed 3D model of your entire mouth in 90 seconds,” says Dr. Anna Berik of Newton Dental Associates. “Not only is this process far more comfortable than the old putty based impressions, but it’s faster and offers a superior modeling of your teeth than other intraoral scanners.” After using the scanner, dentists can then use the 3D model it generates to create everything from crowns and bridges to tooth-straightening tray systems. Berik is one of the first in the Boston area that has the new technology. “It is a game changer for cosmetic dentistry,” she says.

Dentists are also using technology to help patients better communicate what is bothering them about their smile. Using digital smile design, patients can actually see how the treatment will change their look, so they can talk to the dentist about what they do and do not like in order to get the desired result. “We take a series of standardized photographs,” says Dr. Ryan May, a prosthodontist from Dental Partners of Brookline. Those photographs are then digitally altered to show patients potential changes. “The hardest thing often is that the patient knows something is wrong with their smile, but can’t identify what it is,” adds May. This allows patients to see clearly what adjustments will have the biggest effect, and often to identify what is really throwing off their smile.

Even small changes to the shape of the teeth or to the gum line can make a big difference, says Newton dentist, Dr. Ted Filandrianos, D.M.D., F.A.G.D. Many patients come in complaining about a gummy smile, pointy fang-like canine teeth, or other problems related to tooth shape or position. What they may not know is that these problems can be reversed inexpensively in as little as five minutes with an enameloplasty, which reshapes the tooth, or gingivectomy, which re-contours the gums using a laser. Both procedures can make an immediate and dramatic difference, repairing problems that may have bugged a patient for their entire life, adds Filandrianos.

Refreshing starts at the top

While the face, body and teeth all play a role in how attractive an individual feels, perhaps nothing affects the appearance more than hair—or a lack of it. According to American Hair Loss Association, Americans spend some $3.5 billion a year trying to reverse hair loss, which can be triggered by many factors including aging, genetics, and hormone changes. Common methods of hair replacement include taking medication, getting hair transplants, hair weaving or styling, and wearing hair pieces, according to MedlinePlus.

While hair loss remains a problem for many, attitudes toward it are changing. “Today a woman doesn’t even think twice about seeking hair replacement,” says Sarah Deutsch of Suisse Natural Hair Salon in Newton. While in the past it was a source of embarrassment and shame, today many look at it as a part of life that they just need to address. Once they do, it can help improve self-esteem. Research has shown that the same is true of other types of cosmetic interventions. A 2013 study of 550 plastic surgery patients, published in Clinical Psychological Science, found that these patients reported higher self-esteem, attractiveness, and satisfaction with their altered body part after surgery, according to the Institute for Plastic Surgery.

In order for a cosmetic improvement to get the desired result, it’s important that it be the right procedure, by the right practitioner, which means doing a little research before you embark on that path to change. 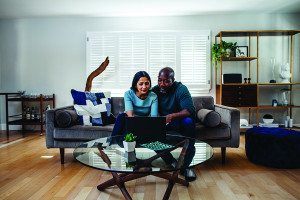 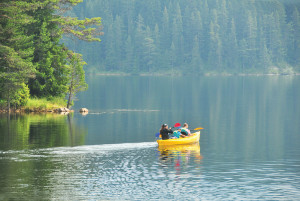 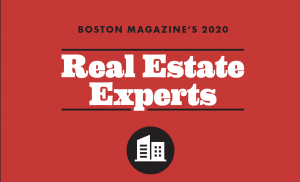 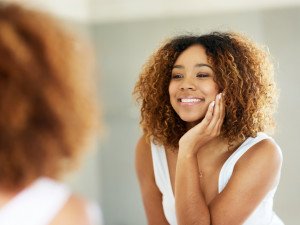