It’s 1950s America—a husband and wife stroll to church on Sunday morning, little girls in summer dresses watch baseball, and a man enjoys a game of billiards at the local pool hall. These scenes offer a window into a bygone world–captured on film by photographer Gordon Parks (1912-2006). One of the most celebrated African-American artists of all time, a new exhibition at the Museum of Fine Arts, Boston (MFA), presents never before seen photographs of everyday lives of African-Americans, offering new perspective on America in the years before the Civil Rights movement.

Gordon Parks: Back to Fort Scott  traces Parks’ return to his hometown of Fort Scott, Kansas and then to other Midwestern cities, to track down and photograph his childhood classmates. This series of photographs was meant to accompany a Life magazine feature ––but for reasons unknown, the story was never published. One of the most personal and captivating of all Parks’ projects, the images represent a rare and little-known group within Parks’ oeuvre.

Despite being born in segregated Fort Scott to a poor tenant farmer family, Parks would go on to become the first African-American photographer hired full time by Life magazine. One of the rare African-American photojournalists working in the field, Parks was frequently given magazine assignments involving social issues that his fellow white photographers were not asked to cover. For an assignment on the impact of school segregation, Parks returned to Fort Scott to revisit early memories of his birthplace––many involving racial discrimination––and to reconnect with childhood friends, all of whom went to the same all-black elementary school that Parks had attended.

“In these Fort Scott pictures, Parks shows a willingness to mine his own childhood for memories both happy and painful,” says Karen Haas, exhibition curator and the MFA’s Lane Curator of Photographs. Haas lends a catalogue to the exhibit that includes an introduction by Isabel Wilkerson, Pulitzer-prize winning author of The Warmth of Other Suns: The Epic Story of America’s Great Migration. “The experience also seems to have inspired him to write his best-selling novel, The Learning Tree, in 1963, that he later transformed into a groundbreaking Hollywood movie—the first by an African American writer-director.”

With each classmate he met, Parks focused on where his friends had gone, not where they had been. Although he began his research in Fort Scott, Parks soon found himself in Kansas City, Saint Louis, Detroit and Chicago. The photos are every day scenes – portraits of classmates and their families, framed by the front doors of their homes or enjoying a quiet moment on the porch. These strong representations of black families and communities may have been a conscious effort on Parks’ part to offset contemporary stereotypes of black society.

As the photos were never published by Life, the MFA’s exhibition – which opens on Martin Luther King, Jr. Day weekend  – presents a unique opportunity to explore a body of work almost completely unknown to the public.

Gordon Parks: Back to Fort Scott  begins as a tale of school segregation in rural Kansas and transforms into a powerful look at African-American life in 1950.

Gordon Parks: Back to Fort Scott  is on view in the MFA’s Robert and Jane Burke Gallery in the Art of the Americas Wing from January 17 to September 13, 2015.

This is a paid partnership between the Museum of Fine Arts, Boston and Boston Magazine's City/Studio
You Might Also Like
SPONSOR CONTENT Jamie Wyeth on Creating Little Worlds 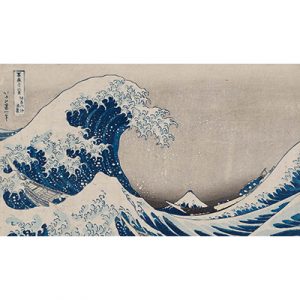 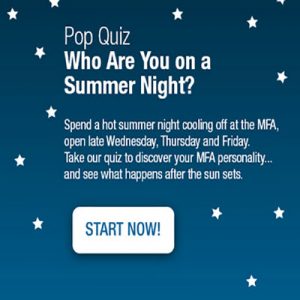