From Song to Speech: Teaching The Injured Brain New Tricks

Comfortable retirement living in sunny California abruptly came to an end for Lynn Huntington in December 2005 when her retired civil- engineer husband, Don, now 72, had a massive stroke.

Like 20 percent of the 600,000 to 750,000 Americans who have strokes each year, he was diagnosed with a devastating complication called aphasia—he could no longer talk, read or write. “He was extremely frustrated. He knew what he wanted to say, but he was unable to say it or write it,” recalls Mrs. Huntington. “He could only say a few words but they were unclear and he couldn’t put them together. His once-clear handwriting looked like chicken scratch.”

“I’d sit and watch him when he’d play Bingo and I’d cry,” she says. “He was a mathematician and he couldn’t remember the numbers. Our life was on hold.”

Local doctors weren’t optimistic. They warned he may never regain his cognitive (thinking) and communication abilities. Despite her husband’s continued medical setbacks, Mrs. Huntington didn’t give up. She started him in speech therapy but after a year, his speech hadn’t returned. But all that was about to change when a doctor asked her if her husband could sing. “Yes, he can sing. He just can’t talk,” she replied.

The doctor put the couple in touch with Dr. Gottfried Schlaug, a neurologist at Beth Israel Deaconess Medical Center in Boston. Dr. Schlaug, head of the Stroke Recovery, Music, Neuroimaging Laboratories at the Harvard teaching hospital, is one of few in the country to use melodic intonation therapy, a form of music therapy, to help people regain speech following a brain injury from stroke, tumor or trauma.

After determining that Huntington was a candidate for the study (as part of the screening criteria, he had to sing “Happy Birthday” over the phone for Dr. Schlaug over the phone), the California couple found someone to watch their home, packed up their two dogs, and drove their mobile home for a week across the U.S. to Boston. The couple set up camp at a Foxboro campground, where they lived for a year while Huntington took part in several BIDMC studies.

“It was an adventure for sure,” Mrs. Huntington says. “I learned things like how to winterize a sewer hose—things that I hope I never have to do again.” But it was worth it. “The program is amazing. It gave me my husband back. It’s a gift that they gave to us,” she says.

Researchers have known for years that brain-injured people who have lost their speaking ability can sometimes regain it through singing. “Stroke patients with a stroke on the left side of their brain can engage the undamaged right side of the brain for communication through the unique components of melodic intonation therapy,” says Dr. Schlaug. The researchers have seen on magnetic resonance imaging (MRI) studies how this particular form of therapy can engage and activate these brain regions as the person slowly regains speech.

“It’s like teaching the brain a new trick and then continuously practicing this new trick,” he adds. “The stroke takes brain tissue away. With melodic intonation therapy, we try to re-route the brain pathways to help the patients to speak again.”

Dr. Schlaug and his team report seeing some remarkable results among the dozen or so aphasic adults, ages 18 to 80, followed in their study over the past two years. In fact, their findings recently led the National Institutes of Health to provide funding to expand the project, now conducted as an intensive three-month study and tested against an alternative intervention. They also have begun separate studies in combining melodic intonation therapy with non-invasive brain stimulation, and studies to see if this form of melodic intonation would help children with autism and other communication disorders.

While most patients’ speaking abilities improve, the amount of improvement depends on the individual. “The younger the individual and the less impairment in comprehension and understanding, the more the improvement we see. In patients older than 80 we see mixed results,” says Dr. Schlaug.

Patience and frequent practice over a long time are key. “It’s like trying to teach an adult to play the piano—it’s a long and intensive program. Those who stick with it and practice see lasting improvement.”

Now back in California, practice remains a challenge for Don Huntington. But he keeps at it and is excited to be returning to Dr. Schlaug for a checkup in a few months. “This time we’ll leave the motor home at home and take a plane,” Mrs. Huntington says. “But we’re excited to go back. This program gave us back our life.”

Above content provided by Beth Israel Deaconess Medical Center.
For advice about your medical care, consult your doctor. 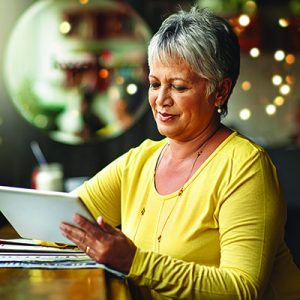 SPONSOR CONTENT What You Need to Know About Dense Breasts 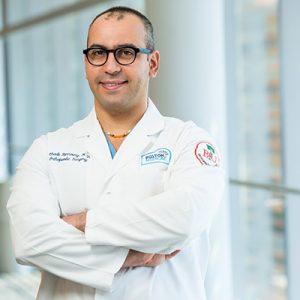 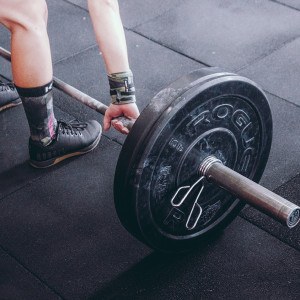 SPONSOR CONTENT What You Need to Know About Strength Training 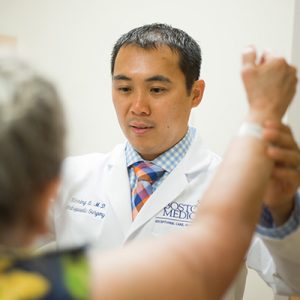 SPONSOR CONTENT Shoulder Pain—When Surgery May Be Your Best Option