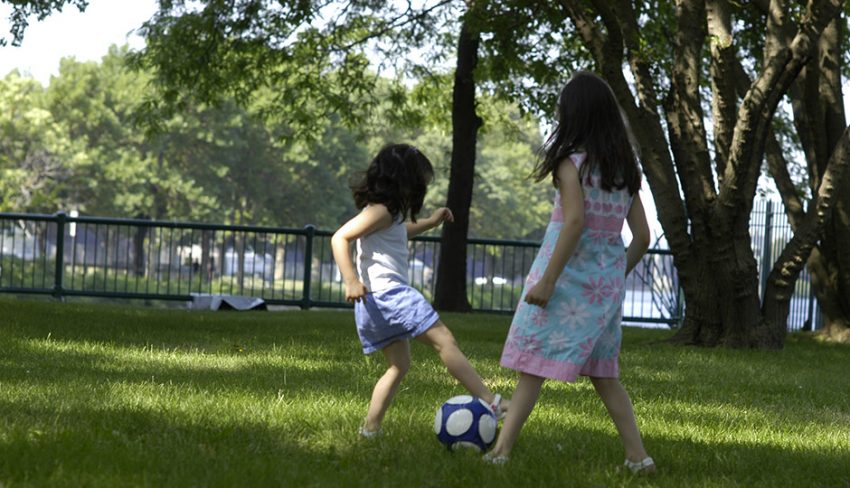 Researchers at the Massachusetts General Hospital Department of Pathology and Center for Cancer Research have found a molecular “on switch” that could point to new treatments for medulloblastoma. Medulloblastoma is the most common type of pediatric brain cancer and most often affects children under the age of 10. Approximately 250-500 new cases are reported each year.

The Mass General team, led by Miguel Rivera, MD, set out to discover the most important regulators of gene expression programs in these fast-growing childhood tumors that are closely connected to early childhood development.

Children suffering from medulloblastoma may experience headaches, vomiting and difficulty coordinating movements. If the tumor spreads from the brain to the spinal cord, it can cause back pain, incontinence and difficulty walking. Because these can be symptoms of other conditions, it is important for the child to have additional studies to confirm the diagnosis.

The research team used chromatin profiling by ChIP-sequencing, a powerful genomic technology, to find parts of the genome known as enhancers that control the expression of genes in  Group 3 medulloblastomas. Of the four known molecular variants of medulloblastoma, Group 3 is the most aggressive.
Through ChIP-seq, the Mass General team analyzed interactions between proteins and DNA to identify the most important transcription factors (proteins that bind DNA and turn genes on or off) located at enhancers. “We found that OTX2 is a master transcription factor in medulloblastoma that is present at most active enhancer sites in these tumors,” Rivera says. OTX2 plays a part in normal brain development and may also promote the expression of tumor-associated genes.

The researchers found that OTX2 is a powerful “pioneer factor” that can dramatically change chromatin starting from a totally inactive configuration. The conformation of chromatin at enhancers can in turn affect a gene’s chances for transcription. Key proteins present at enhancers, including transcription factors such as OTX2, can thus help determine which genes are active in each cell of a person’s body. The study also identified a second transcription factor, NEUROD1, that can amplify OTX2’s ability to activate enhancers.

When OTX2 was suppressed by the researchers, there was a significant reduction in the expression of genes that may contribute to the uncontrolled growth of medulloblastoma cells. One example is the kinase NEK2 which may be targeted by a class of drugs known as kinase inhibitors. “Our research suggests that we should find ways to inhibit the function of OTX2 or its target genes,” Rivera says. This would deter enhancer elements from promoting tumor growth,and will form the basis of future research efforst aimed at identifying new treatments. For now, clinicians use a combination of therapies, including surgery, radiation and chemotherapy to treat medulloblastoma.

This work was performed in Dr. Rivera’s laboratory in collaboration with colleagues at Mass General and other institutions and was generously supported by A Kids’ Brain Tumor Cure Foundation. Ultimately, Dr. Rivera hopes that additional research and mechanistic insights will lead to new treatments for medulloblastoma.

Learn more about the Rivera Lab at the Massachusetts General Hospital Center for Cancer Research.