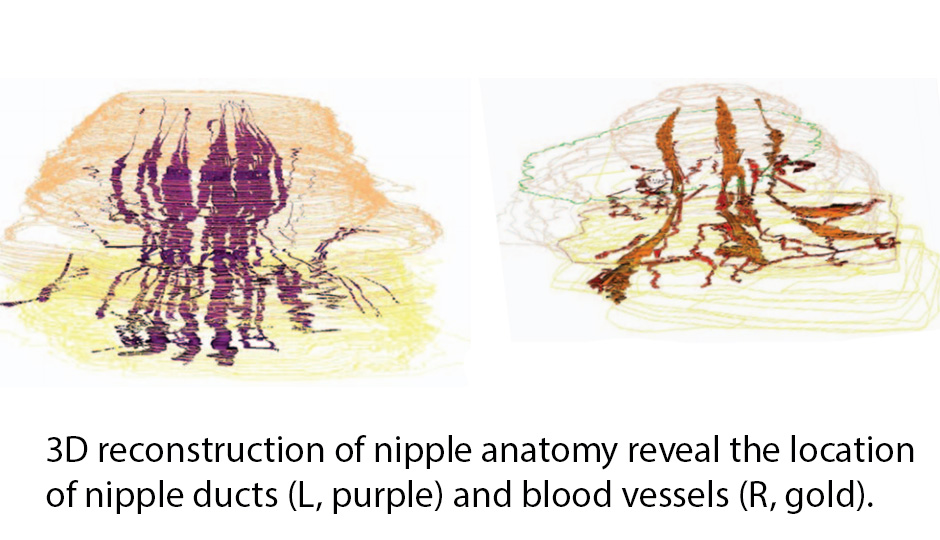 About one in eight women will be diagnosed with breast cancer in their lifetime. The treatment regimen depends on multiple factors, but many women will undergo a mastectomy (removal of the breast). While this treatment can dramatically increase survival, it does not come without significant psychological trauma for some women. Over the last decade, a procedure known as “nipple sparing mastectomy” (NSM) is increasingly being used for appropriate patients. The guiding principles of procedure (complete removal of the breast from its skin and reconstructing without changing the appearance of the breast) are based on patient safety, and risk factors

“An increasing number of patients are now eligible for nipple-sparing mastectomy procedures with immediate reconstruction for cancer treatment and for risk-reducing surgery,” said Barbara L. Smith, MD, PhD, director of the Mass General Hospital Breast Cancer Surgery Program in the Division of Surgical Oncology. Mass General is one of the leaders in this area – this spring they crossed the 2000 nipple-sparing mastectomy total and are one of the largest centers in the country for this type of surgery.

Patients often say they want to preserve as much of their own breast as possible, including the nipple. The NSM offers the ultimate cosmetic outcome after mastectomy with reconstruction as it preserves the nipple-areola complex and all of the breast’s skin. This type of mastectomy has a positive effect on patient satisfaction and body image.

A recent Mass General study is one of the first to detail the outcomes of breast reconstruction surgery after having a nipple-sparing mastectomy, and this new, hard data, researchers say, is good news. “Reconstruction after nipple-sparing mastectomy often yields better cosmetic results since the natural nipple is preserved,” says lead study author Dr. Amy Colwell, who specializes in plastic surgery of the breast, body, and face at Mass General.

The investigators at Mass General analyzed patient outcomes and confirmed that the nipple sparing mastectomy was a successful and safe procedure for women undergoing breast cancer treatment or taking preventative measures.

Mass General breast surgeons are all breast cancer specialists whose practices are exclusively dedicated to breast surgery. This specialization allows us to offer state-of-the-art breast cancer surgery and provide access to the latest developments in surgical techniques. Surgery for breast cancer may be complex, and published data have shown that hospitals and surgeons with the largest experience with specific operations have better outcomes.

Mass General breast surgeons collaborate closely with genetic counselors in the Center for Cancer Risk Assessment to evaluate hereditary risk in young patients and patients with strong family histories of breast cancer. Mass General’s breast surgeons are national leaders in offering risk reducing nipple-sparing mastectomies for patients with a genetic predisposition to breast cancer. A wide variety of educational and support services are available for women and their families as they go through diagnosis, decision-making, treatment and recovery.

The Breast Center at Mass General is committed to providing expertise and compassionate care for all benign and malignant breast conditions.