These Cosmetic Procedures Come with Some Serious Health Benefits Ask almost any woman what she doesn’t like about her appearance, and she’ll have an instant answer for you. According to a recent study by RealSelf, 87 percent of American women are unhappy with their bodies, and one in five contemplates having an elective cosmetic procedure. That’s a major shift from the days when cosmetic surgery was reserved for the rich and famous.

Times have changed, and women in mainstream America are taking action. From laser eye surgery and teeth straightening, to body sculpting and PRP (platelet rich plasma therapy), affordable cosmetic procedures are helping women everywhere to easily adjust the areas they are self-conscious about.

In addition to improving appearance, many cosmetic procedures also offer health benefits. For example, a woman with poor eyesight may wear glasses or contact lenses to optimize her vision. However, the American Academy of Ophthalmology (AAO) says wearing contacts puts you at risk for eye infections. Laser refractive surgery, PRK (advanced surface ablation) or LASIK, offers an alternative.

“The risk of long-term visual loss associated with 10 years of contact lens wear is greater than the risk of LASIK surgery,” says Dr. Marc Leibole of Eye Care and Laser Surgery of Newton-Wellesley. Dr. Leibole is a board certified ophthalmologist who has been named one of Boston magazine’s Top Docs for the past six years.

87 percent of American women are unhappy with their bodies, and one in five contemplates having an elective cosmetic procedure.

The nearly identical procedures involve using a laser to remove tissue and reshape the cornea. This corrects nearsightedness, farsightedness and astigmatism—eliminating the need for glasses or contacts. PRK has been around since the early 1990s and LASIK a few years later, but Dr. Leibole suggests that the safety and outcomes have vastly improved. “The key is doing proper testing before the surgery,” he adds. “If there’s even a one percent chance of a questionable outcome, it’s not worth it.”

Some cosmetic procedures, as long as there is no serious health risk, are always worth it for their aesthetic and health benefits. Dental procedures to straighten teeth and correct malocclusion fit into the “always worth it” category. According to the New York Times’ health guide, correcting a bad bite can have a long-lasting effect on your oral health. It is easier to keep teeth clean and reduce the chance of decay and gingivitis when your teeth are properly aligned with orthodontia.

Traditionally, that meant wearing cumbersome, unattractive metal braces. When Stanford University students Zia Chishti and Kelsey Worth developed a clear alternative in 1997 with their invention of Invisalign, orthodontia became a more palatable option for adults. Orthodontists began using Invisalign on patients in 2000, and since then, Invisalign has been fine-tuned and improved. Dr. Anna Berik of Newton Dental Associates is one of the few dentists on the east coast who uses micro-osseous preparation, an accelerated Invisalign treatment, to deliver results in three to five months, which is half the usual treatment time. “Cosmetic dentistry is all powerful,” she says. “It’s not just an aesthetic fix. It’s a game changer.”

Cosmetic procedures in general are quickly gaining steam. According to the American Society of Plastic Surgeons (ASPS), doctors performed more than 15.6 million cosmetic procedures (both surgical and minimally invasive) in 2014, a three percent increase from the year before. Every year, technology improves, and women are choosing to give themselves a “lift,” both physically and emotionally, with fillers, Botox, liposuction, and more.

If a cosmetic procedure can fix an imperfection and deliver a health benefit in the process, why not go for it? After all, when you like the way you look, you feel good. 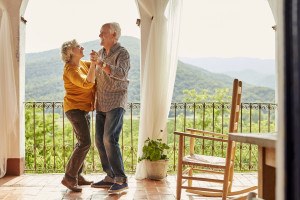 SPONSOR CONTENT Beautiful Destinations Ahead: A Guide to Aging Well 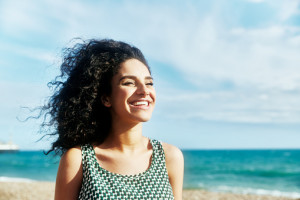 SPONSOR CONTENT Turn Back the Clock: The Best and Most Effective Anti-Aging Cosmetic Enhancements 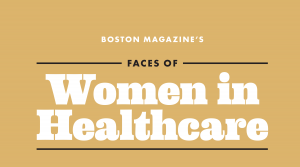 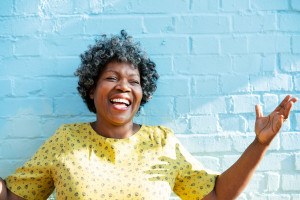