Then and Now: A Visual History of John Hancock and the Boston Marathon 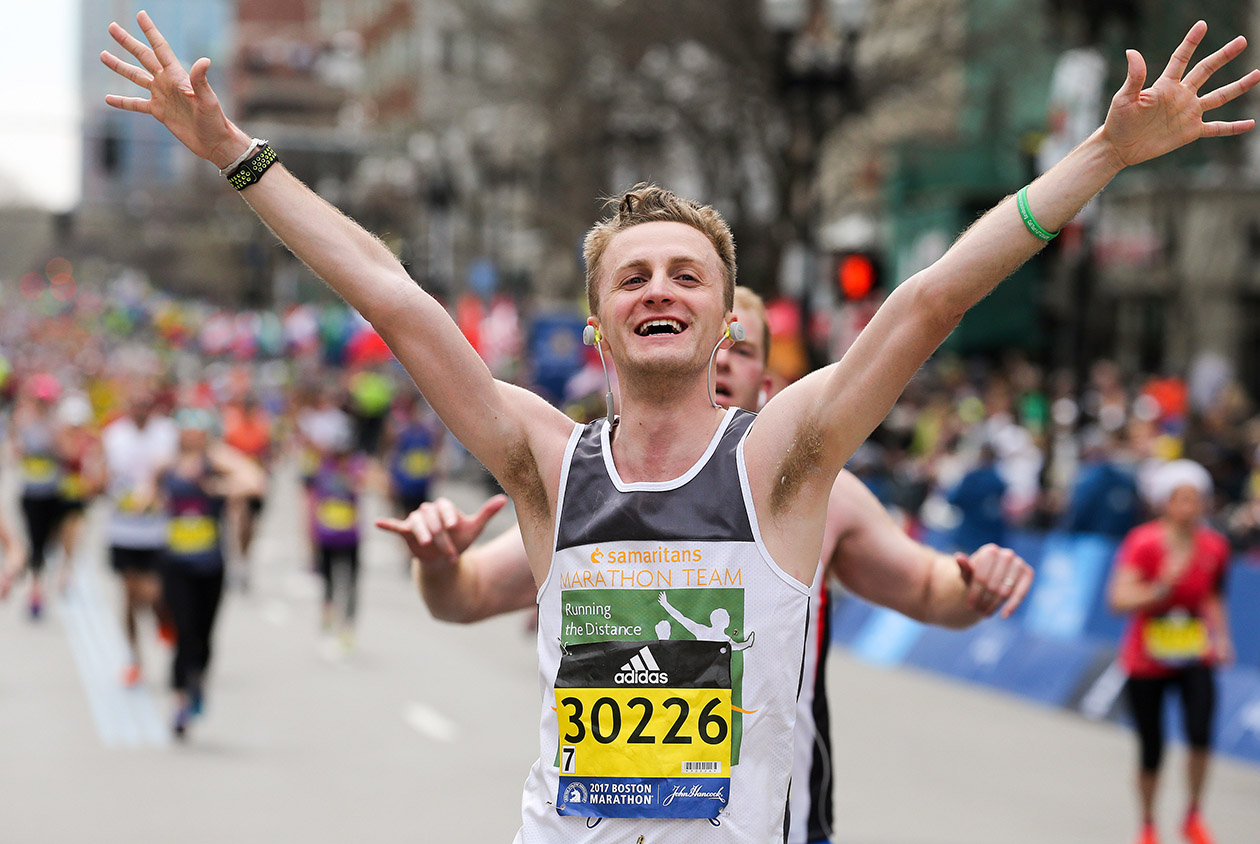 Since becoming the principal sponsor of the Boston Marathon, John Hancock has raised millions of dollars for nonprofit organizations and established the Elite Athlete program. This year marks the five-year anniversary of the bombing; the now infamous tragedy – and triumph – has instilled the Marathon’s place in the fabric of the city’s culture and international sport.

Employees from John Hancock and the Boston Athletic Association share their favorite memories from the world’s oldest annual marathon. 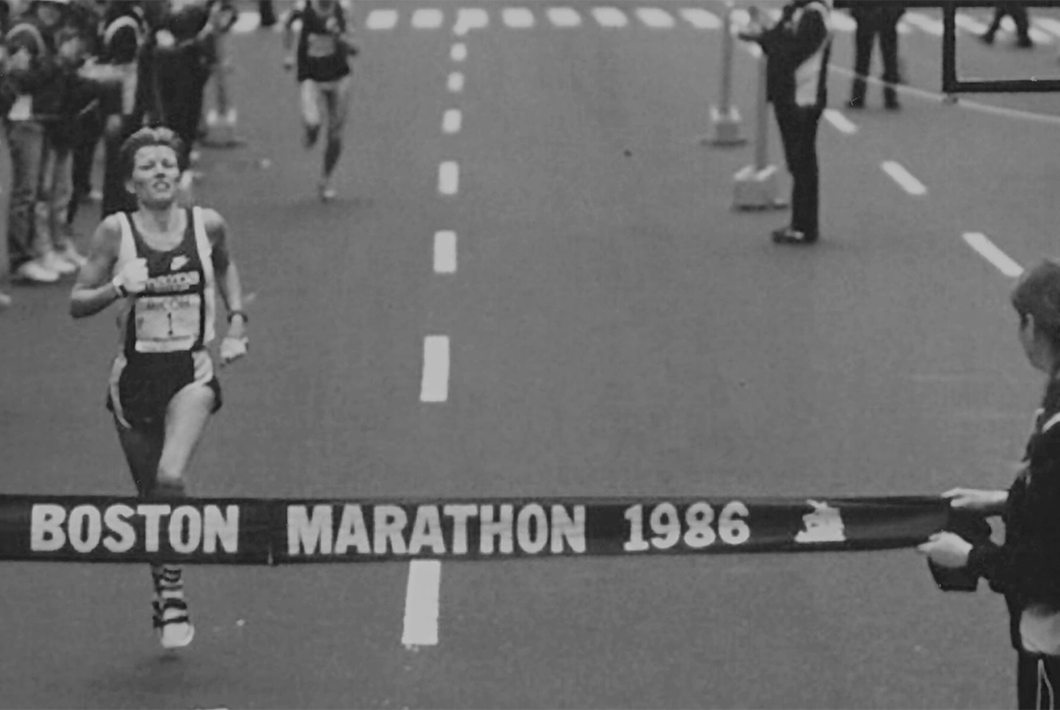 1986: The beginning of a beautiful partnership

“Recruiting athletes is an honor and a challenge each year,” says Mary Kate Shea, senior director of sports marketing and sponsorship at John Hancock. “Our route is one of the world’s most difficult courses and only athletes who know how to run a championship-style race succeed here.”

Boston Athletic Association’s Chief Operating Officer Jack Fleming has seen a lot of talented elite athletes since his start in 1991. But he says he was still in awe of Geoffrey Mutai’s record-breaking run in 2011.

“I remember looking at the clock at 2:03:02 and thinking it was broken,” says Fleming. Hailing from Kenya, Mutai ran the fastest marathon in the world at the time, and his race remains the top Boston Marathon performance.

Even for non-elites, the qualifications are tough. Not just anyone can run the marathon; the maximum number of participants allowed is 30,000, and all applicants must achieve a certain time within their age group. Thousands of qualified runners get turned down each year.

Despite the odds, the spotlight on the city offers a rare opportunity for local runners to compete in their hometown.

“A kid from Dartmouth or Springfield can run on the same track as the world’s best,” says Dean Mini, John Hancock’s deputy chief security officer, corporate real estate. “They know they’re not going to win the big prize, but they’re there for the love of running. It’s not like everyone can go to Fenway Park and stand in left field.” 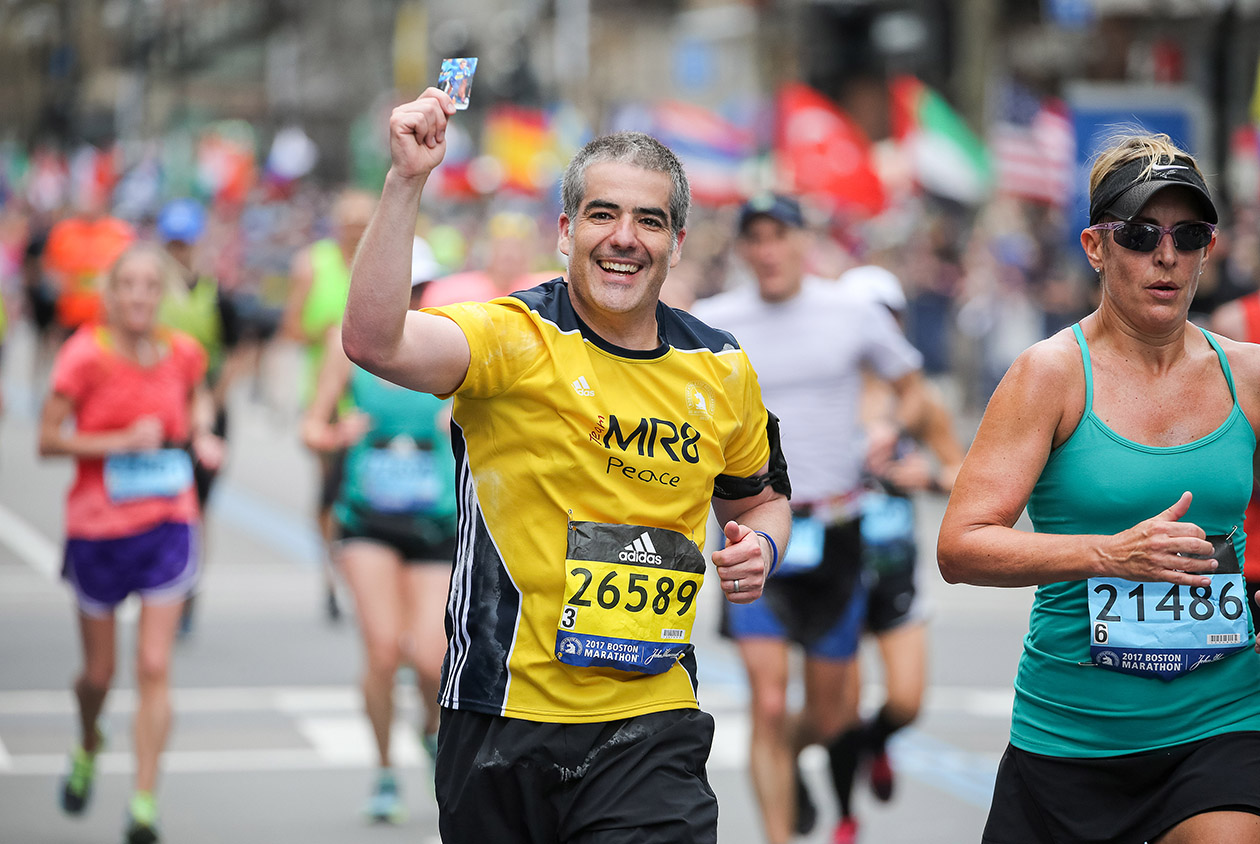 Gaining momentum in the 1990s, the B.A.A. and John Hancock Nonprofit Programs began to raise funds for local charities. To date, they have raised more than $297 million combined.

“Initially, the race was more about runners qualifying and trying to improve their personal best,” Fleming says. “Now, a big part of the marathon is the fundraising element, giving back to the community and running for others.”

As a company with a central focus on health and wellness, 150 John Hancock and Manulife employees – from their Boston headquarters and their Canada and Asia offices – run on behalf of the Boys and Girls Club and the Ron Burton Training Village, in partnership with the Red Sox, Patriots, and Best Buddies. Last year alone, this group of employees and John Hancock’s nonprofit runners raised $12.7 million for 140 local charities.

“Every year, the dollars that are raised get higher and higher,” says Ellie Malloy, director of sponsorship marketing at John Hancock. “You see people who aren’t usually marathon runners, but they’re successful in raising money for great causes.”

Rob Friedman, John Hancock’s assistant vice president in charge of sponsorship and event marketing, says this has led to more “average Joes” applying for one of the few coveted non-profit entries.

“People are getting off the couch and working their way to running the marathon,” says Friedman. “They advertise on their clothing who they are and who they’re running for and it’s so exhilarating to see people cheering them on.”

One month until Boston Marathon!!!! 18 miles total today with 13 miles at marathon goal pace, 1:26:55 6:41 pace. Good run that was fluid and relaxing with conversation throughout. Fueling by @BodyArmor and refueling by @premierprotein / @BodyArmor @bostonmarathon #togetherforward

Technology has transformed everything about the marathon, from the way it’s promoted, followed, and even run.

“Everyone’s got a GPS watch now,” says Malloy. “The first thing they do when they cross the finish line is stop the time on their watch.”

It’s easier for fans to keep time, too. A new app recently launched from the B.A.A. helps everyone at home and in the stands follow the race from the starting line in Hopkinton all the way to Boylston, linking runners to their supporters.

The impact of social media has also helped bridge the gap for runners around the world to connect with their loved ones in other cities and countries.

“You can have a guy from Oregon or Utah running and he’s able to easily share his experience in Boston,” says Malloy. 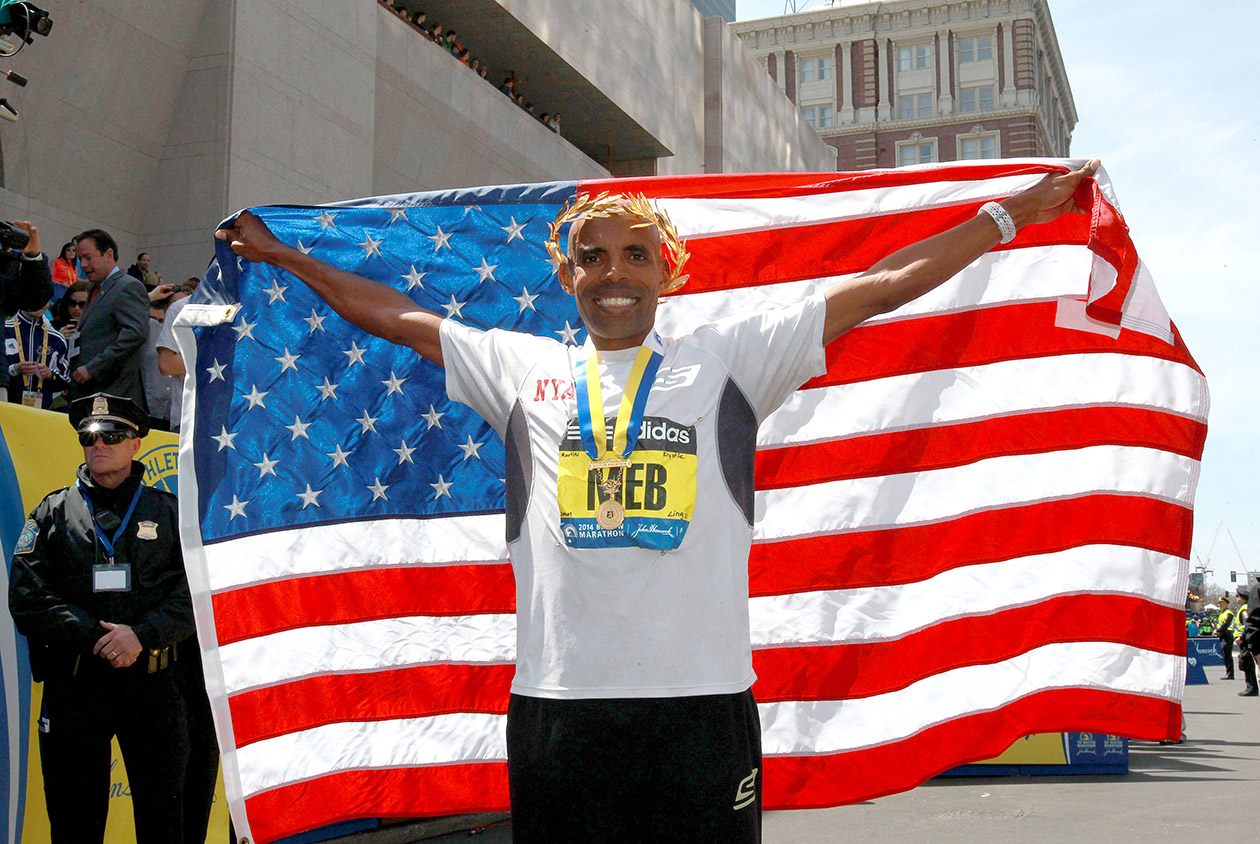 In 2014, following the tragic events of 2013, the marathon allowed an exception to their 30,000-participant cap for the first time since the centennial celebration in 1996.

“There had just been this really sad and difficult experience one year before,” says Malloy. “But all these people still showed up. The streets were packed with people cheering.”

At 2:08:37, Meb Keflezighi crossed the finish line, becoming the first American male winner since 1983. On his bib, he had written the names of the four people who died the year before, giving him the courage to take the lead.

“Meb wins,” says Mini. “It was the comeback story, the phoenix rising from the ashes. You couldn’t have written it any better.”

Fleming says the historic win hasn’t been forgotten by fans.

“Every time I see Meb and every time anybody sees him, the first thing they want to do is go up to him and say, ‘Thank you,’” he says. 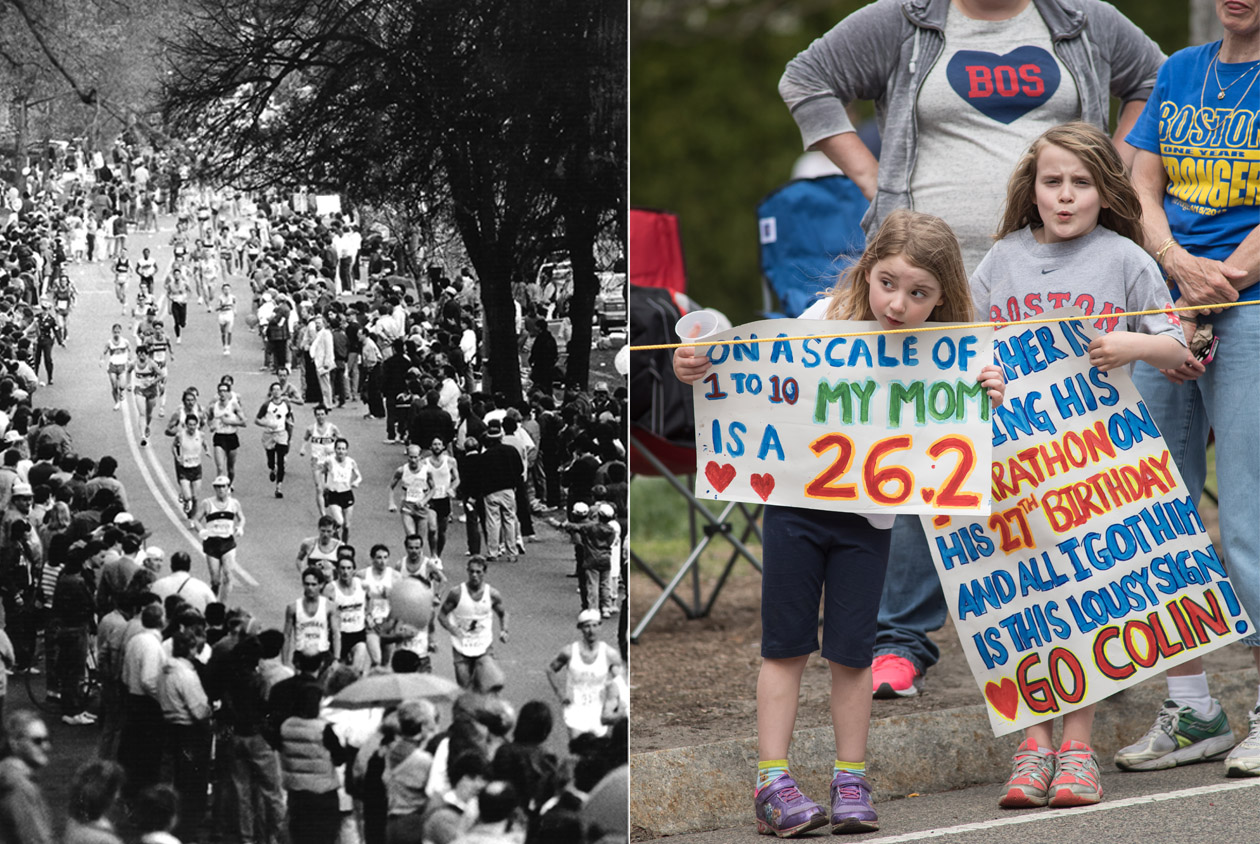 This year’s “Together Forward” marathon theme is a symbol of John Hancock’s initiative to keep pushing their team toward success and discover innovative ways to bring Boston’s event to the world each Patriots’ Day.

“The race is 122 years young this year,” says Fleming. “Not everybody loves baseball, hockey, or basketball. Everyone loves the Boston Marathon.”

For more information on the 2018 Boston Marathon, visit johnhancock.com. Follow them on Spotify, Instagram, and Twitter and use the #TogetherForward hashtag to stay up to date on this year’s race. 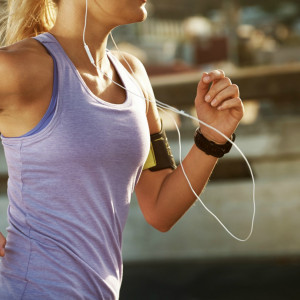 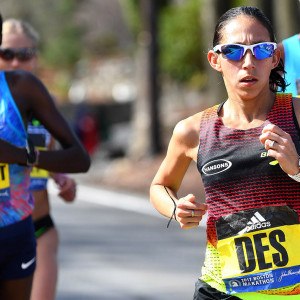