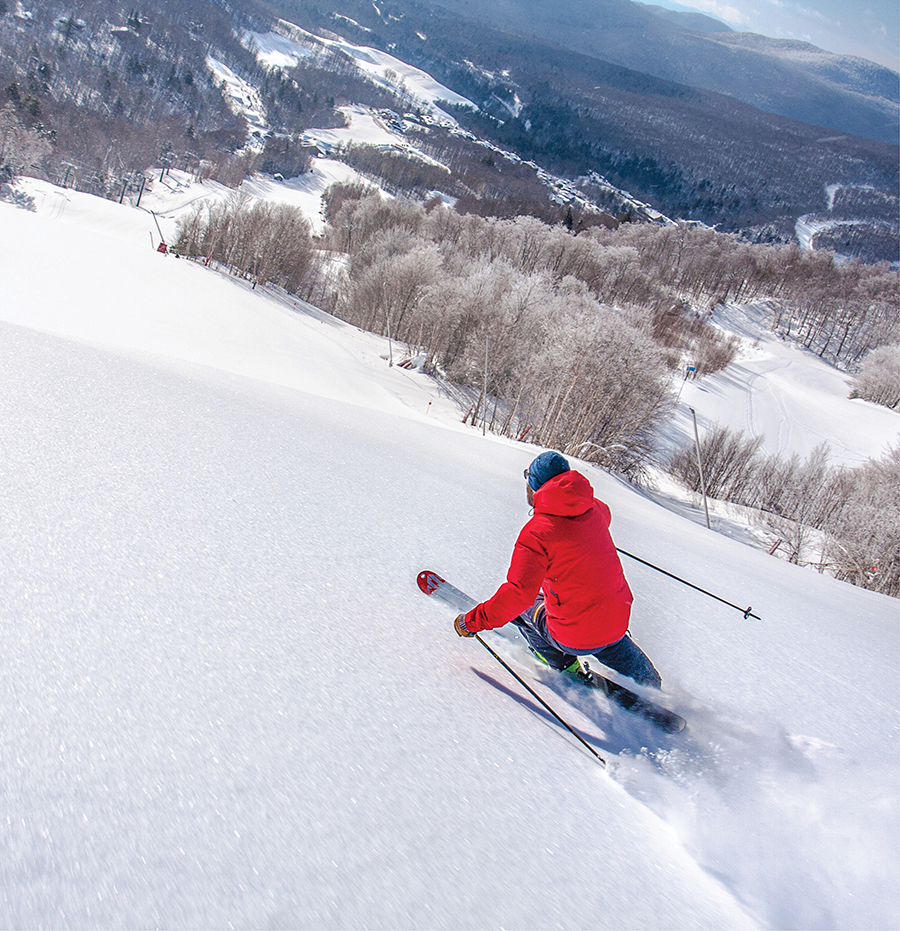 On the legendary Front Four at Stowe Mountain. / Courtesy photo

Pulling off Vermont’s I-89—hopefully in four-wheel drive, on snow tires—and onto the frost-cracked roads of Stowe can feel like slipping into an old postcard of a winter scene. And why wouldn’t it? The mountain town, nestled below Vermont’s Mount Mansfield, was home to one of the country’s first commercial Alpine ski areas way back when the New Deal was still new, and the first Nordic ski resort three decades later. Its world-class slopes and unfussy charms made it the iconic New England winter destination.

This winter, the old ski boot has some new shine. Over the summer, Vail Resorts bought Stowe Mountain’s downhill operations, with its storied Front Four runs (and views) and wickedly diverse terrain—which means its already great grooming will likely get even better. Minimize the stop-and-go trips up Mountain Road with a fully appointed room at the Stowe Mountain Lodge, the four-star ski-in, ski-out hotel at the Spruce Peak base. 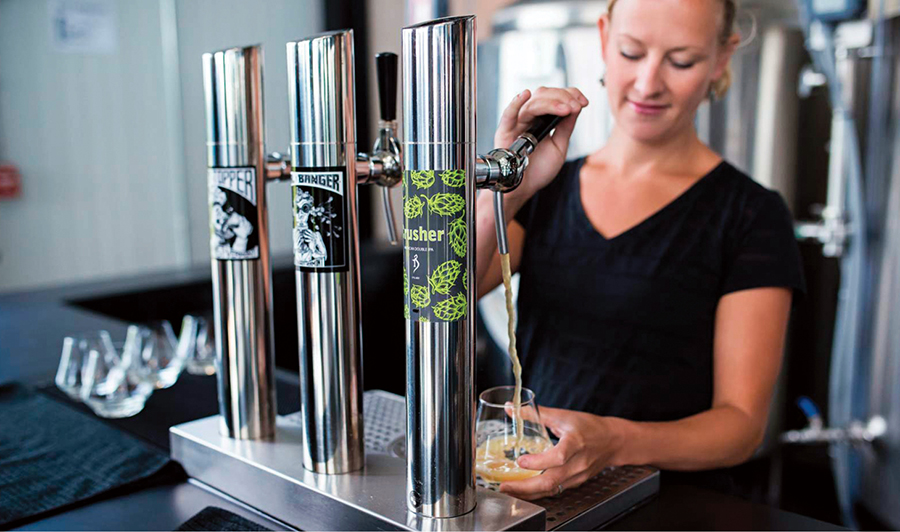 There’s more to Stowe than snow, though—a formidable craft-beer scene has bubbled up around the town, with food to match. Start at the Alchemist’s cathedral-like brewery to stock the mini fridge back at the lodge (and get some Heady Topper IPA for your friends in Boston). For dinner, try Plate’s warmly lit downtown dining room, where you can nosh on crusty slices of Elmore Mountain Bread softened with Hollander mussel chowder. Or find a stool at Doc Ponds, a pub from the owners of the fine-dining stalwart Hen of the Wood featuring an all-vinyl soundtrack, nightly local beer specials, and après-apropos fare such as smoked Vermont chicken and a local-beef burger with cheddar.

If you just want to relax, try a Vermont-made treatment at the Stowe Mountain Lodge’s spa—a Stowe Cider scrub is the perfect end to a perfectly authentic Vermont weekend.

GETTING THERE
A three-hour-and-15-minute drive from Boston

INSIDER TIP
Pop into Stowe Cider for a flight of fruited, barrel-aged, and specialty hard ciders such as Gin and Juice, made with botanicals from nearby Smugglers’ Notch Distillery. While you’re there, check out the West Branch Gallery.