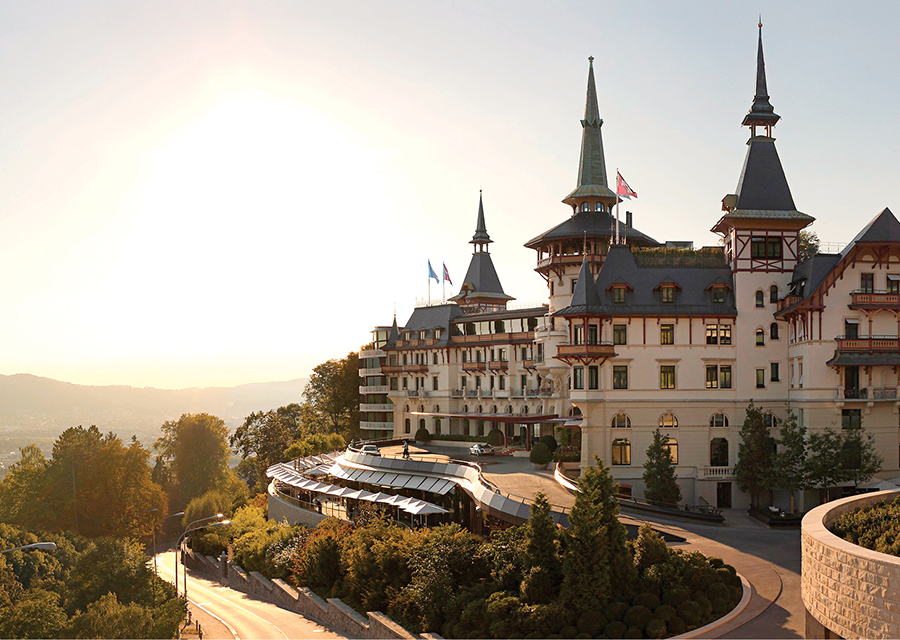 Before it was known for chocolate, banks, and francs, Zurich was known for its thrift as the second cradle of Protestantism, after Germany. The strict rules of the Reformation, which came to Switzerland’s largest city in 1519, are said to have made Zurich into an economic powerhouse that today boasts one of the best qualities of life in the world. Spend a few hours strolling through the city, set against the Alps, and you’ll spout a few superlatives, too.

Start with the sparkling window displays of Rolexes and designer clothing along the Bahnhofstrasse, the main thoroughfare, and take that 1,000-franc note (roughly $1,000) out of your pocket to buy a 5-franc cup of coffee like the locals do. Then stroll north to Im Viadukt, a 19th-century railway bridge that now houses boutiques and the city’s first covered food and produce market. On your way there, keep an eye out for events being held all over the city celebrating next year’s 500th anniversary of the Zurich Reformation.

When you’re ready to eat, try the world’s oldest vegetarian restaurant, Hiltl: Founded in 1898, it features a rich buffet with dishes from India, Sri Lanka, Thailand—and yes, Switzerland. For traditional Swiss cuisine, head to the Zunfthaus zur Zimmerleuten for Zürcher Geschnetzeltes (veal strips in a cream sauce) and soul-warming fondue. Then you’re just a short walk from the grand 14th-century Storchen Zurich hotel, on the opposite bank of the Limmat River. Or try the Dolder Grand, a renovated 19th-century landmark with standards as high as its mountain perch.

Of course, some of the best things about Switzerland are outside of Zurich. Find a classic Alps experience at Club Med Saint Moritz Roi Soleil, three hours and two minutes away (to be Swiss exact). For a closer Alpine wonderland, the Flumserberg Ski Area is less than 90 minutes away by train. Put on your ski boots in Zurich, disembark at Unterterzen, and glide up the mountain in a cable car. It’s easy to see how someone could get used to this.

INSIDER TIP
Start at the top. For an overview of the city, take the train to Uetliberg, the mountain nicknamed the Top of Zurich. Make sure to bundle up so you can toboggan the 2-mile sled route back into the city.