This historical town’s idyllic village green only becomes more charming under a white blanket of snow. 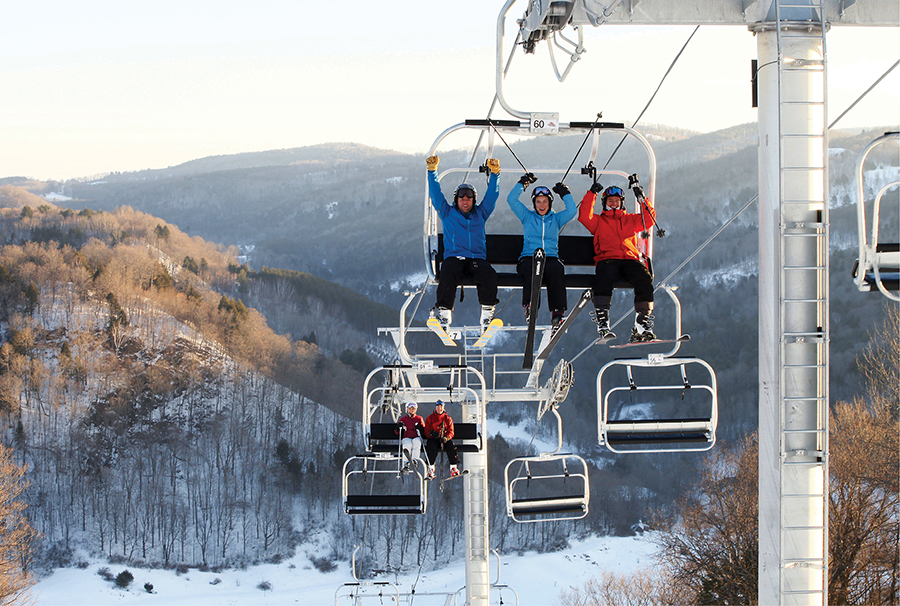 The Woodstock Inn & Resort (inset) makes an ideal home base for exploring the slopes of the Suicide Six Ski Area. / Courtesy photo

Hop in the car for a two-and-a-half-hour drive northwest from Boston. If you’re not behind the wheel, be sure to peek out the window, as the route becomes quite scenic after Concord, New Hampshire.

Go ahead and curl up with a hand-dyed blanket and a good book: At the Woodstock Inn & Resort (starting at $329 per night), many rooms feature wood-burning fireplaces. You can also get toasty with a dip in the heated indoor pool at the nearby athletic club or enjoy a hydrating lemon-verbena body treatment in the 10,000-square-foot spa. 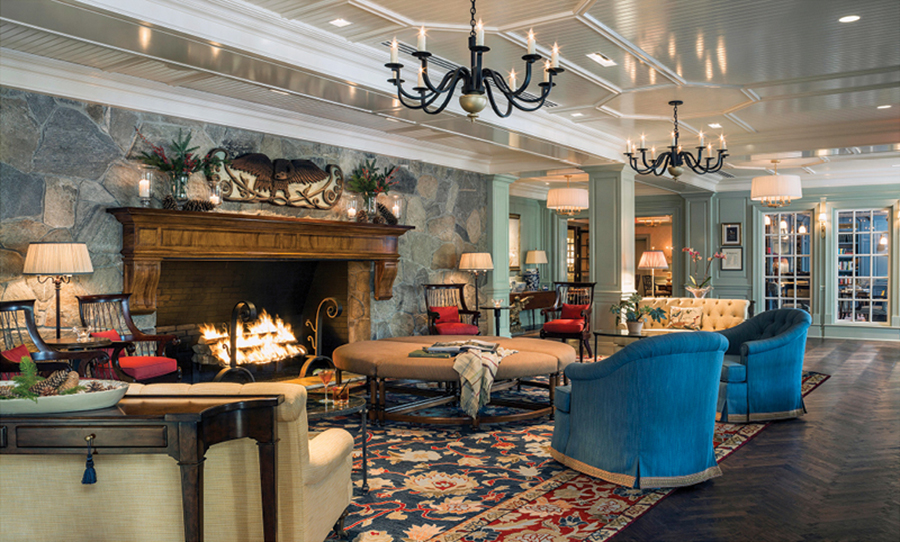 It’s February in Vermont: Do you know where your skis are? Put them to good use at the (rather disturbingly named) Suicide Six Ski Area. Less than 5 miles from Woodstock’s town center, the 24 trails will appeal to novices and slope hounds alike. Take the après-ski party down the road to the Long Trail Brewing Company, where you can sample ales and IPAs brewed onsite and snack on comforting pub fare (think cheddar-ale soup and BLTs made with Green Mountain Smokehouse bacon). Need a break from playing in the white stuff? Stroll Woodstock’s charming main street, with its numerous indie boutiques—the vintage shop Who Is Sylvia?, which peddles sartorial gems from the 19th and 20th centuries, is a favorite—and continue just past the town green to a quintessentially Vermont covered bridge.

Right before sunset, head just outside of town to take in the grandeur of the Quechee Gorge: Known as “Vermont’s Little Grand Canyon,” the mile-long chasm can be viewed from the bridge that runs above the Ottauquechee River. For even more spectacular views, book a table overlooking a waterfall and another covered bridge at Simon Pearce restaurant, which serves up crisp roast duckling and spiced pork osso buco on the company’s signature glassware and pottery, made right there on the premises. And what would dinner be without a movie? The delightfully old-school Woodstock Town Hall Theatre, around since 1900, screens first-run films on Friday, Saturday, and Monday evenings—just be sure to save room for the maple-syrup popcorn. 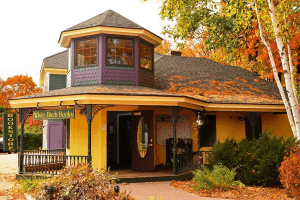 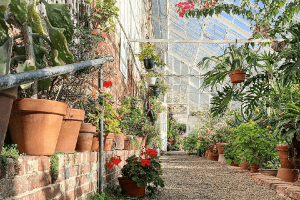