From the Marshfield general store to the Egypt Country Store, there are plenty of charming traditional general stores in Massachusetts. 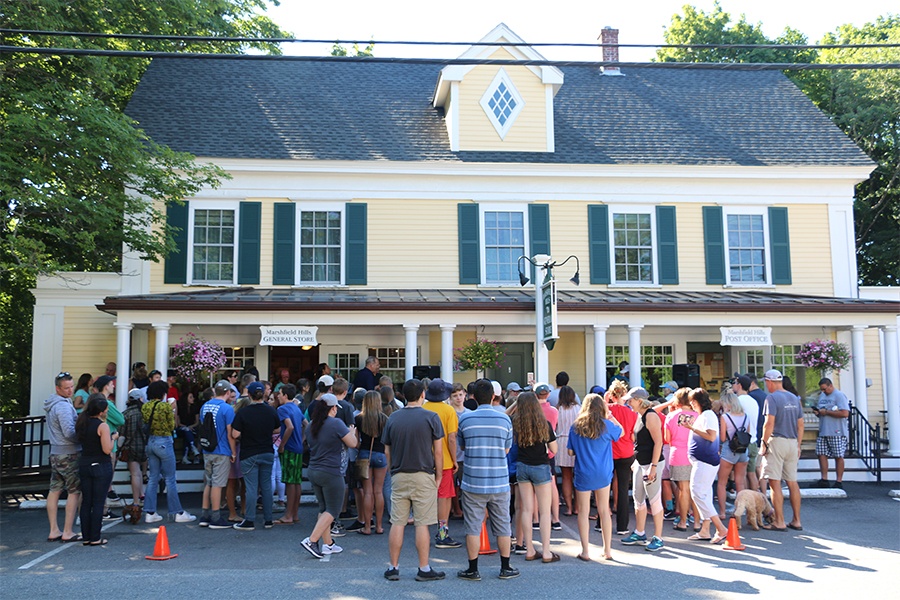 Nobody wants a cheesy chain when classic general stores dot the Bay State. Here in Massachusetts, we’re particularly lucky to have several family-run shops that sell everything from penny candy to pricey cuts of beef. They’re the type of neighborhood spots frequented by everyone from the mayor to soccer moms. Here’s a few of our favorites:

Originally built as a church, the Brewster General Store is a landmark for Cape Cod travelers cruising down 6A. In fact, the place is so beloved that it sells light-up models of itself at the register. You’ll find aisles of trinkets, ranging from children’s books and oil lamps to penny candy and teapots. Our favorite part? The shed around back, known as The Brewster Scoop, sells ice cream.

Hingham residents love the Cracker Barrel, a perfect New England corner shop that’s been around since it was known as the E. Wilder and Son Grocery Store in the early 1900s. (It’s completely unrelated to the chain restaurant with the same name, BTW.) Pick up a quick grocery or two, or order up a stacked sandwich. They’ve got a great selection of locally made food, and it doesn’t get more Hingham-y than Kombucha and Cold Brew on draft.

If you’re headed to catch some sun and surf at Egypt Beach, stock up on snacks from “The Postie” in Scituate’s peaceful Egypt neighborhood. Indulge your sweet tooth with a treat from the bins of candy and blocks of fudge, or check out their cuts of meat to throw on the grill later. It’s a great spot to grab a pumpkin in the fall, or a Christmas wreath during the holidays.

A quintessential South Shore summer spot, friendly service and delicious treats will have you coming back for repeat visits. Grab a bottle of wine, or raid the candy buckets for sweets. If you’re lucky, you’ll spot owner Steve Carell (yes, that Steve Carell) when he comes to visit during the summer.

Back in the 1800s, it was a place to stock cranberries after the harvest. Now, it’s the most charming shopping destination in Centerville. There’s lots of Cape Cod-inspired goodies, as well as old-fashioned toys like Whoopee Cushions and Tiddley Winks. If you’re in need of a hostess gift while crashing at a friend’s beach house, this is the place to go.