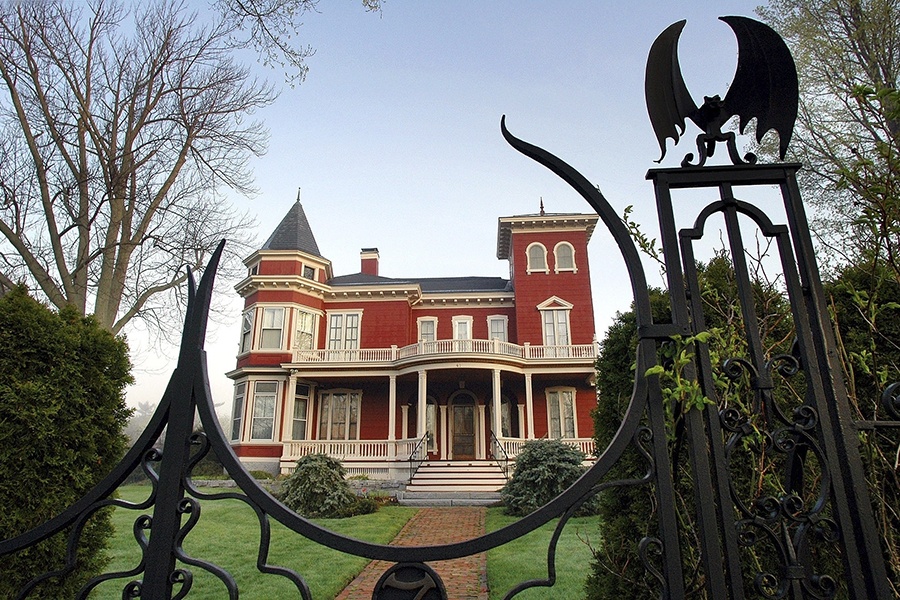 “I think it disapproved of us at first,” Stephen King wrote in an 1983 essay about his Bangor, Maine abode. “The parlor seemed cold in a way that had little to do with temperature. The cat would not go into that room; the kids avoided it. My oldest son was convinced there were ghosts in the turret towers.”

If this description has already got your ghost story gears turning, we’ve got good news for you—Wednesday, the Bangor City Council approved a request from King and his wife, Tabitha, to turn their home into an appointment-only museum of King’s work and a writer’s retreat for up to five lucky (and hopefully, ghost-approved) wordsmiths.

While horror fans may be disappointed that visits will be restricted, and would certainly line up around the block for a full-on public museum, that’s precisely what the Kings hope to avoid. The historical mansion is located in a residential area at 47 West Broadway, so limiting crowds is a necessary courtesy for the neighbors.

“I think it’s great,” Stu Tinker, a Bangor resident, told the New England Cable News Network. “Steve and Tabby are so generous, not only to Bangor, but to the whole state, and they do it from the heart and they’re not doing it for publicity.”

The house is already on the map for many. Fans of the writer make pilgrimages to the residence to take photos by the creepy gate out front, where wrought-iron spiders, winged creatures, and reptiles guard the entrance.

In recent years, King has apparently taken to spending his time in Florida, on the road, or in Oxford County, Maine, so he likely won’t be present if you pay his home a visit, but the author has always spoken highly of Bangor, and has reportedly donated millions to various causes around the city. Bangor, and in particular, its sewer system, even served as the inspiration for King’s novel IT, in which it’s fictionalized as Derry, Maine. You might not think that planting a killer clown in his novel’s proxy for the town would be a compliment, but King insists that IT is meant to pay tribute to a city he loves.

“I hope that when local people read it, they will sense that those awful things have been informed with a larger love for the place and the people,” he wrote in the 1983 essay. “The love of a resident.”

The timeline for the conversion of the house into the museum and retreat has not yet been announced. However, if you’ve got a half-finished manuscript tucked away in a desk drawer, it couldn’t hurt to make like Jack Torrance and get typing—it’s safe to say that there will be plenty of aspiring horror novelists clamoring to get in this manor.