It’s the perfect time of year to get out of the city and cozy up somewhere remote under the beautiful night sky. 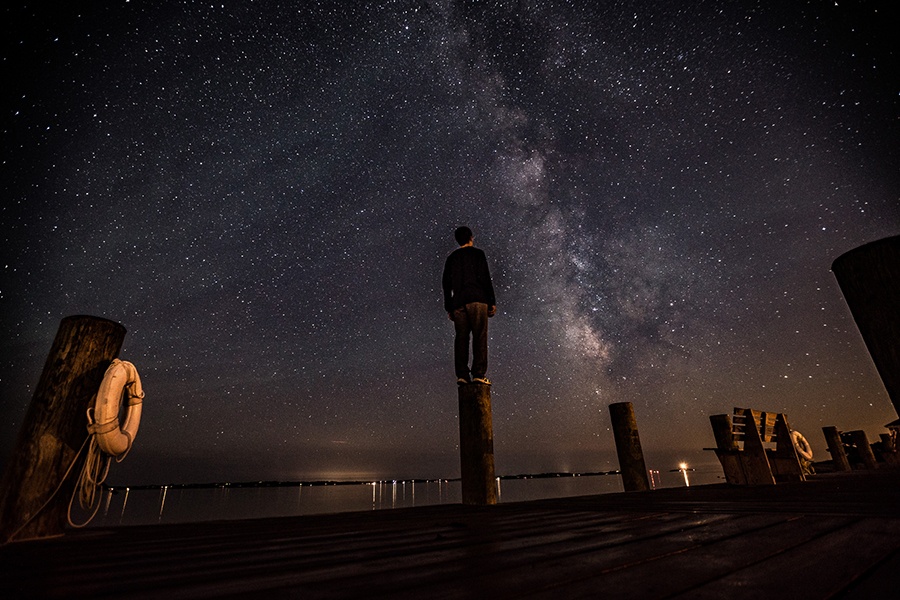 Fall foliage season might be on its final verse, but as leafy canopies recede, a million windows to the stars are opened. Bare trees and longer nights make that melancholic shoulder season between fall and winter a perfect time to grab a mug of hot chocolate or a flask of Scotch, wrap yourself in a blanket, and enjoy some primo stargazing. But not all stargazing venues offer the kind of transcendent experience that will have the Interstellar soundtrack ringing in your ears. For a stunning view into the cosmos, you have to escape the light pollution of population hubs like Greater Boston. So, why not take a starry-eyed road trip? You’ll check in at your “basecamp” hotel, slip into your snuggest outdoor wear, and, once the sun goes down, drive to nearby stargazing venues where constellations and galaxies will dazzle even the most jaded travelers.

The southern Green Mountains that lumber from Bennington to Brattleboro are a quiet, ethereal wonderland once the leaf-peepers have gone home. With only a handful of little villages in the area and plenty of open space, you’re all but guaranteed an eyeful of stars. Head for the Hermitage Inn, a farmhouse-style inn where Vermont coziness meets luxuries like Italian linens and heated shower lights. As you tuck into the dinner menu—overseen by Boston’s own chef and restaurateur Michael Schlow—consider a toasty red from the Inn’s robust wine cellar. Then grab your jacket and flashlight. A nocturnal stroll around the inn’s wandering paths may yield enough star views to leave you sated, but the real bangers await nearby. For a “god’s eye” view of the stars and nearby peaks, take Route 9 west and gaze out over valleys and hills from a roadside overlook atop Hogback Mountain (park by the Hogback Mountain Country Store.) For a valley-level POV and a dreamy introduction to night hiking, motor into Wilmington and follow the Hoot, Toot, and Whistle rail trail from the center of town to the whispering banks of the Deerfield River.

Looming above the coastal border of Rhode Island and Connecticut, the seaside town of Watch Hill is known to many as the mythic location of Taylor Swift’s beachside mansion. But it’s also home to some of the more pristine stargazing that you’ll find on the south shores of New England. Meandering beaches offer cinematic views of Block Island Sound that become luminous on clear nights. The posh Ocean House puts you at the center of the action, with all the decadent amenities one could want before—and after—a night of late fall stargazing. (Hot beach-stone massage, anyone?) At dusk, pay tribute to the local sea life with bistro standouts like the seared black bass or fluke crudo, and prepare to deploy to the sand. The hotel has its own private beach, where you’ll find stars, solitude, and a sweet taste of how the one percent live. But just five minutes from here by car, you’ll find the Napatree Point Conservation Area. This elegant peninsula, which stretches west across the water, makes for a serene nighttime beach expedition, allowing you to venture into the dark of the sound and witness the cosmos in higher definition. The entrance is located by the parking lot for the Misquamicut Club, at the end of Fort Road.

The north edge of New Hampshire’s Presidential Range tends to see less tourist action than Franconia Notch and North Conway, which is ironic considering the astounding mountain views one can experience up here. The local vistas are so superlative that one of the longest-running hotels in the area—the Mountain View Grand Resort—is built atop a hillside that offers a panoramic look at not just the White Mountains but the mysterious Great North Woods of far northern New Hampshire. After decompressing from your drive with a soak in the heated pool and a sauna session, fuel up with braised short ribs and lobster ravioli at the Harvest Tavern, and then venture out to the resort’s hilltop gazebo. On a clear night, the stars might be bright enough to illuminate the dark profiles of nearby mountains. But for a truly epic cosmic display, head to the nearby trailhead for the Presidential Rail Trail and follow this wide, flat bike path into the Pondicherry Wildlife Refuge. There are plenty of places along this popular trail where you can plunk down on a blanket or camp chair and crane your neck to the heavens. But those who make the three-mile out-and-back walk to the viewing platform at Cherry Pond are rewarded with a starry vista reflected atop the glassy waters of the enormous pond.

Massachusetts has the strange distinction of being the only state in New England that hasn’t enacted statewide laws placing limits on light pollution. This underscores the quiet beauty of the Berkshires, where stargazing remains a celebrated pastime thanks to vast tracts of conservation woodlands and relatively modest human development. When you pull into the lush domain of the Apple Tree Inn—located next door to the Kripalu campus outside of Lenox village—the sumptuous quality of the wooded grounds and mountain views practically shouts “You’re not in Boston anymore!” Once you’ve settled into your spruced-up lodgings in the 1885 Victorian main house and sampled the mixology wizardry that goes down in the Ostrich Room Wednesday through Saturday nights, it’s time to get out and gawk at celestial wonders. Consider driving over to West Stockbridge and unfurling your blanket at Olivia’s Overlook, one of the most cherished roadside vistas in the Berkshires, which you’ll probably have to yourself after dark in late fall. Another winning bet is Gould Meadows. You can wander through this grassy clearing down to the waters of Stockbridge Bowl, or simply savor the meadow vista itself. 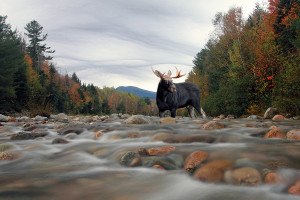