Haunted forests, homes, ships, hotels: The Bay State has them all. 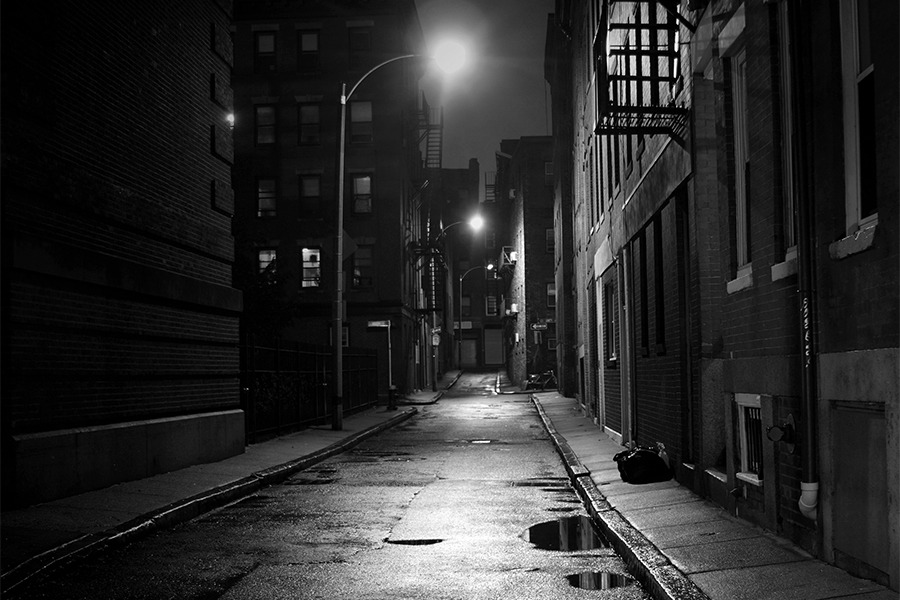 Old war stories from the South. Hollywood tragedy and lore. Ghost town mysteries in the West. The U.S. is overflowing with haunting, goosebump-raising ghost stories. But New England has plenty of its own ghost stories to tell, with an abundance right here in Massachusetts.

Whether you’re in for a family-friendly thrill or a groundbreaking paranormal discovery, the good news is that all of these sites are just a short car ride or day trip away. Happy haunting!

Why not start off the list with a spooky spot right here in the city? It’s been over 165 years since the Omni Parker House opened its doors, and the place has had ghost rumors for nearly as long. The founder of the hotel himself, Harvey Parker, is even said to roam the halls of the 10th floor annex.

As might be expected for a nice hotel, ghost encounters here tend to be friendly and welcoming. For instance, guests have heard hushed whispers from ghosts who sounded like they had “just come back from a glorious evening.” Or the hotel’s specters might want to show off the hotel’s historic charms—elevators are allegedly always called to the third floor, which is where Charles Dickens stayed during his 1867 reading tour, without any buttons being pushed or guests waiting for elevators.

Other reports include such uncanny but harmless phenomena as floating orbs of light and the sounds of rocking chairs (even though there are none in the hotel). But the spookiest story of all might be one related on the Omni Hotel company’s website. A guest claims she awoke to the sight of a ghostly gentleman in old-fashioned clothes, smiling down at her in a welcoming way. When that guest went down to breakfast the next morning, she found a portrait of her visitor hanging on the wall—it was Harvey Parker himself.

Though Lizzie Borden may have been acquitted of the gruesome murders of her father and stepmother, notoriety followed her for the rest of her life—and has continued even a century later. That’s why this bed-and-breakfast stay is not for the faint of heart.

That’s right—the house where the murders were committed now acts as a bed-and-breakfast for anyone brave enough to sleep in the house, Or for those who really want to immerse themselves, in the room where her stepmother died. You can even “enjoy” the same breakfast the family ate that fateful morning.

But be careful what you pay for: Lance Zaal, the CEO of inn owners US Ghost Adventures, swears that guests who have stayed at the house report feeling lightheaded and dizzy the next morning, and experience their “limbs or ears being pulled.”

This beautiful and sunny forest has a dark reputation. Also known as the “Cursed Forest of Massachusetts,” Freetown-Fall River State Forest is part of the eerie Bridgewater Triangle, which is a 200 square mile area with a number of documented urban legends and spooky happenings.

The forest has a long and dark history, complete with multiple murder victims, but rumormongering about Satanic cult activity and urban legends of ritual sacrifices and roving dogs have also contributed to its macabre reputation. It’s enough to keep out all but the most determined hikers—or occult enthusiasts.

Whatever the truth is, this 5,000-acre forest is dense, dark, and brimming with mystery.

History buffs know that Concord is a goldmine of history, ghost stories, and urban legends. Just a half-mile away from the North Bridge (where the “shot heard around the world” started the Revolutionary War), the Colonial Inn is home to many soldier ghost tales.

Many guests make reservations for Room 24 on the second floor, which was used as an operations room for wounded soldiers during the war. But rather than the ghosts of soldiers, guests have reported seeing or sensing the ghosts of the soldiers’ caretakers. According to the inn’s website, staff and guests have reported flickering lights and powered on appliances that they were sure they hadn’t turned on—during the Halloween season especially.

Don’t believe us? Historic Hotels of America named the Colonial Inn one of the top 25 most haunted historic hotels in 2018. Book a room…if you dare.

Mysterious paranormal activity abounds at this 1769 historic home in Middleborough, where you’ll find a staff just as excited to talk about the haunted happenings as you are. The house played an important role in the American Revolution—the owners at the time were Loyalists, and after the home was seized by the Sons of Liberty, the proceeds from the house sale helped finance the American Revolution.

The ongoing interest in haunted happenings there has even led to attention from Hollywood, with TV shows such as Kindred Spirits and Paranormal Lockdown stopping by. Are the spirits of past inhabitants dwelling within its walls? Various paranormal investigators say they’ve captured unexplainable activity via video or Ouija board. And to make things even creepier, the Oliver Estate is smack in the middle of the Bridgewater Triangle. Sound familiar? You can follow the house on Facebook to keep up with the latest haunted happenings.

The USS Salem, a cruiser built by the Navy after WWII, provided food and medical care to the victims of the 1953 Ionian earthquake that destroyed Greece’s west coast. However, many of the victims of the Ionian earthquake tragically died while on the ship, with one room even serving as a morgue. Those who passed away on the ship are said to still linger aboard, with the mess hall having the most alleged paranormal activity, as it sits right above the morgue. Today, the ship operates as a museum and haunted happenings destination, where visitors can take tours and see what they can find.