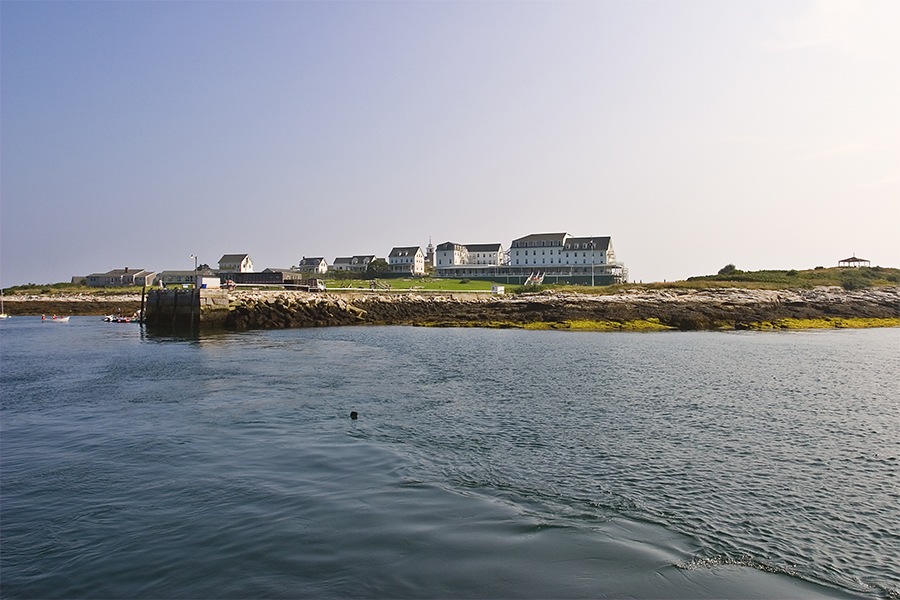 In theory, summer is when we get to slow down, breathe deeply, and savor that precious hour between golden sundown and mosquito armageddon. But some destinations in around the region tend to be pretty packed all summer long, and you might finding yourself craving an escape from your summer vacation—a chance to really get away from it all, and reset in peace. Instead of competing with fellow travelers for ferry tickets to Martha’s Vineyard or rentals near Bar Harbor, you can ditch the crowds and discover the wealth of unsung island oases that await in New England’s sounds, coves, and even lakes. Pack up the car and try these four itineraries.

The Granite State’s tiny seacoast contains an impressive speckling of islands off the shore from Portsmouth, and these grassy, gusty isles have won over marine biologists, wise old fisherman, and even pirates! Legend has it that Blackbeard spent his honeymoon on the Isle of Shoals (and peaced when he spotted British warships on the horizon.) Today, the Isle of Shoals Steamship Company offers daily cruises from Portsmouth to Star Island, where winding sandy paths lead to preserved 19th Century houses, a marine laboratory, a lifeguarded pier where you can take an invigorating dip in the Atlantic, and the Oceanic Hotel, which allows visitors to rent rowboats for paddling around Gosport Harbor. The hotel offers minimalist rooms for travelers seeking to soak up extra maritime ambience (ocean views at dusk are the real amenity here.) Daytrippers can savor the sunset in Portsmouth with an oceanside stroll in Prescott Park before tucking into green garlic risotto at Botanica or some local diver scallops at Jumpin’ Jay’s Fish Cafe. 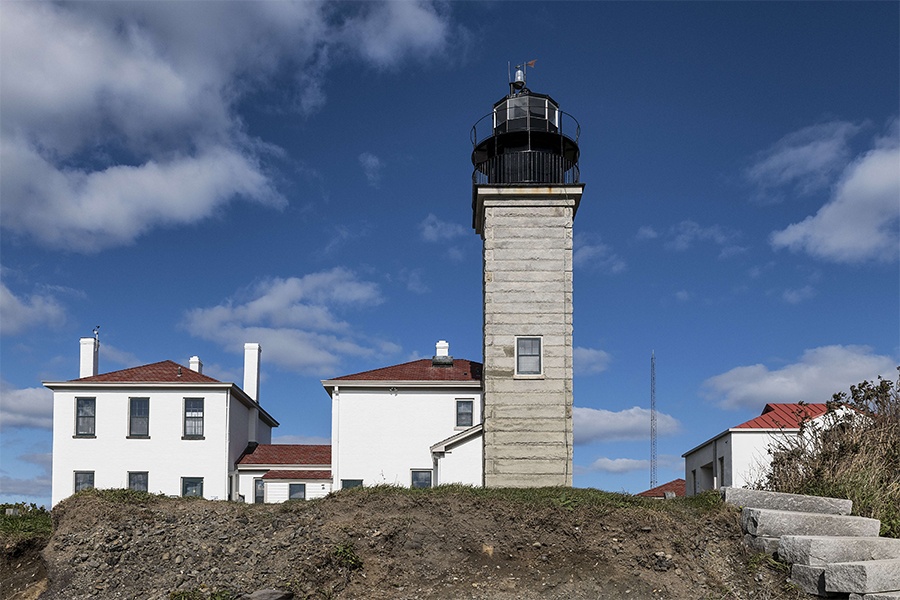 The cacophony of Newport’s summer scene is so prolific that neighboring Conanicut Island is overlooked by many visitors. This allows the island’s community of Jamestown to sustain a down-home, small town New England vibe that can feel fleeting on the coast. Take the Claiborne Pell Bridge or the Newport-Jamestown Ferry to reach Conanicut Island. Kick things off with a visit to Beavertail Lighthouse—the third oldest in America—and then head to Fort Wetherill State Park to gawk at the cannons and towering granite walls of a WWII-era fort that was built to deter the Axis powers from a coastal invasion.

The park’s gentle hiking trails offer primo views of Narragansett Bay, as do East Ferry Beach and Sunset Beach, where you can dip your feet in the ocean. If you’ve ever enjoyed a round of Rhode Island stuffies, you might even want to do as the locals do and try your hand at clam digging around Potters Cove (you’ll need to procure a tourist’s clamming permit from the state website beforehand.) And speaking of Little Rhody cuisine, don’t skip over the oyster po’ boy sliders with kimchi at Our Table Jamestown. Make it an overnight at East Bay Bed & Breakfast, or journey back to Boston against a sunset. 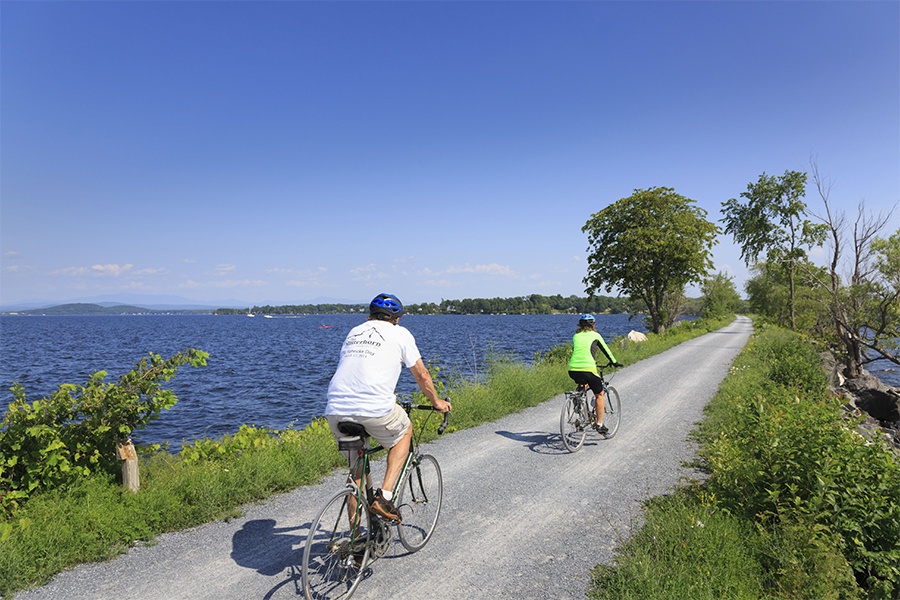 Northern Vermont might not exactly shout “ISLAND GETAWAY” but the blue waters of Lake Champlain are vast enough to host their own forested islands. Linked together by a single road (Rt. 2), the Champlain islands offer a chance to experience Vermont at its most serene. You can begin your foray by driving across the bridge from Sand Bar State Park (the beaches here are excellent swimming venues) to Grand Isle. But you can also bike across the lake to the island by taking the Lake Champlain Causeway path from Colchester.

Once you’ve reached Grand Isle, consider swinging by one of America’s oldest log dwellings, the Hyde Log Cabin. Or hunt for Vermont-raised munchies and crafts in the aisles of Hero’s Welcome, a century-old general store located on North Hero Island. Then there’s the Chazy Reef—the largest known fossilized reef in the world—which just happens to run right through the Goodsell Ridge Preserve on Isle La Motte. Here you can search for ancient gastropods and other sea creatures preserved in the exposed reef segments, while exploring a boreal forest and wildflower fields. Shore Acres Inn on South Hero Island is a reliable bet for cozy rooms and inventive entrees like pistachio chicken with sunburst mint apricot chutney. And before you head back to the mainland, be sure to take a ramble through Hackett’s Orchard to handpick edible Champlain Island souvenirs.

If you’ve frequented the north shore, then you’ve probably traipsed through Marblehead at some point. But have you ever walked to the seaside town’s closest island? As if the verdant forests and foamy, barnacled shores of Crowninshield Island weren’t alluring enough, part of the draw for this Trustees-managed island is the act of getting there. Head to the end of Harding Lane when the tide is low and saunter across the soggy, sandy bottom of the Dolliber Cove to set foot on Crowninshield Island without the aid of a boat. Explore the island’s rustling woodlands along a peaceful loop trail, and keep your eye on the time so that the incoming high tide doesn’t prolong your visit. Once you’re back on the mainland, nab a fresh lobster roll or some spicy tuna and seaweed salad wontons at Little Harbor Lobster Company, take them up the road to Grace Oliver Beach, and watch the returning ocean surround the island that you just trekked out to. 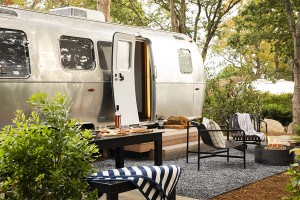 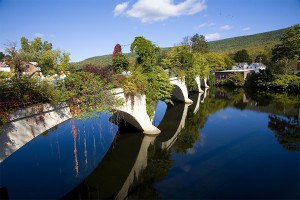