Turkey’s largest city, named 2014’s top travel destination by TripAdvisor, is widely considered one of the most romantic cities in the world—JFK Jr. famously honeymooned there with his new bride, Carolyn Bessette, in 1996 (at the recommendation of his late mother, Jackie Onassis). 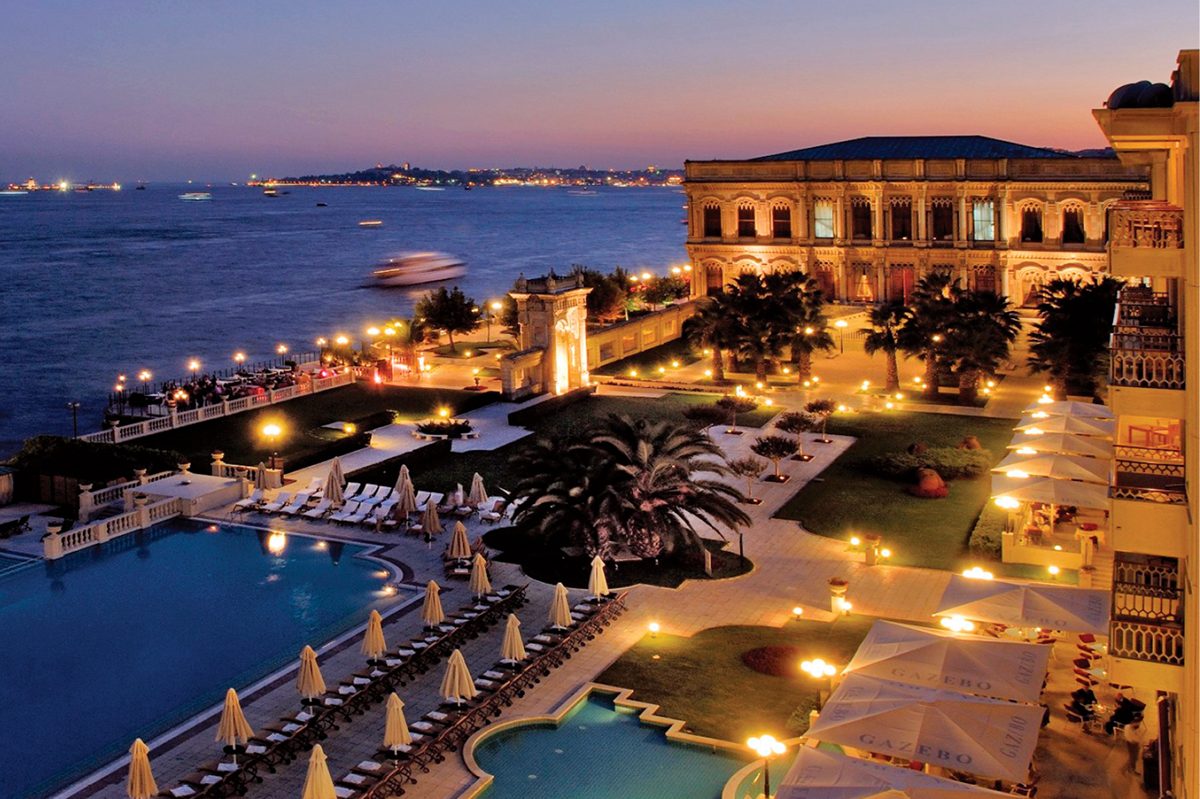 The five-star Çiragan Palace Kempinski, on the shores of the Bosphorus strait, features an infinity pool overlooking passing ships, and a shopping arcade stocked with Turkish handicrafts. Most rooms come with a balcony, and there are 11 suites in the former imperial palace of the Ottoman Empire. kempinski.com/en/istanbul/ciragan-palace.Photograph Courtesy of Çıragan Palace Kempinski 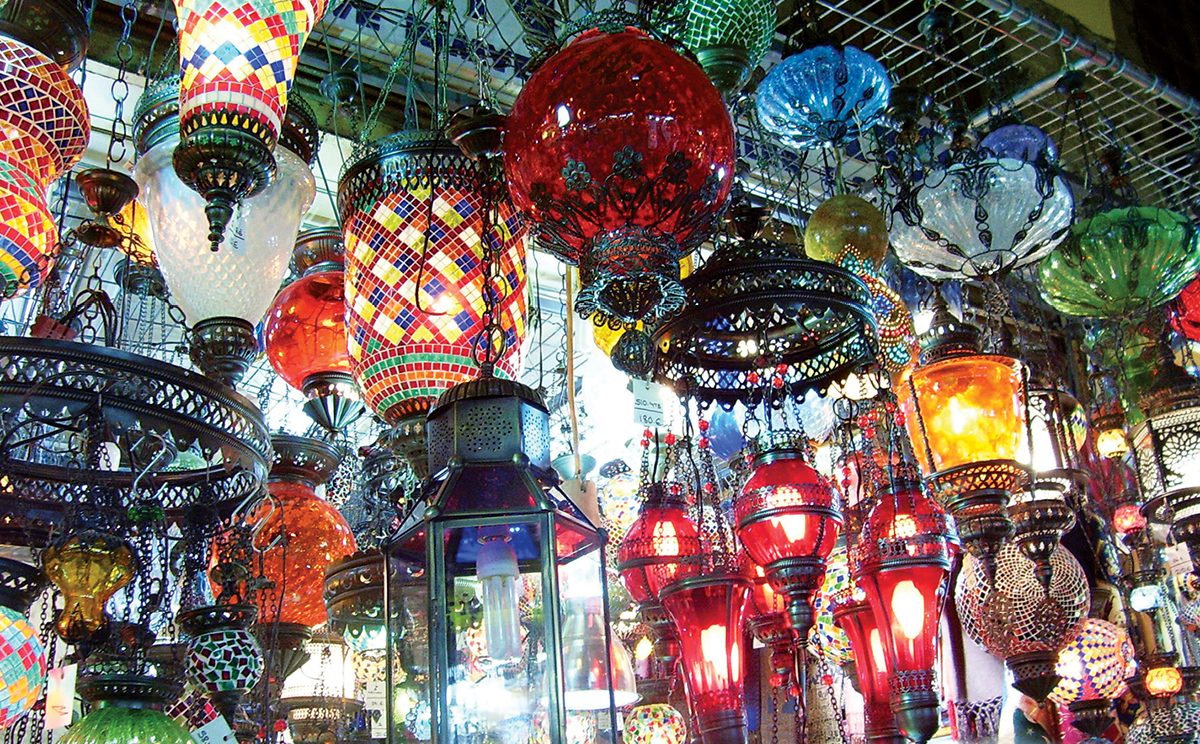 Searching for souvenirs? Browse the 4,000 shops of the Grand Bazaar Istanbul, spread out over 60 streets, for gold jewelry, carpets, spices, and antiques.Photograph by April Weeks 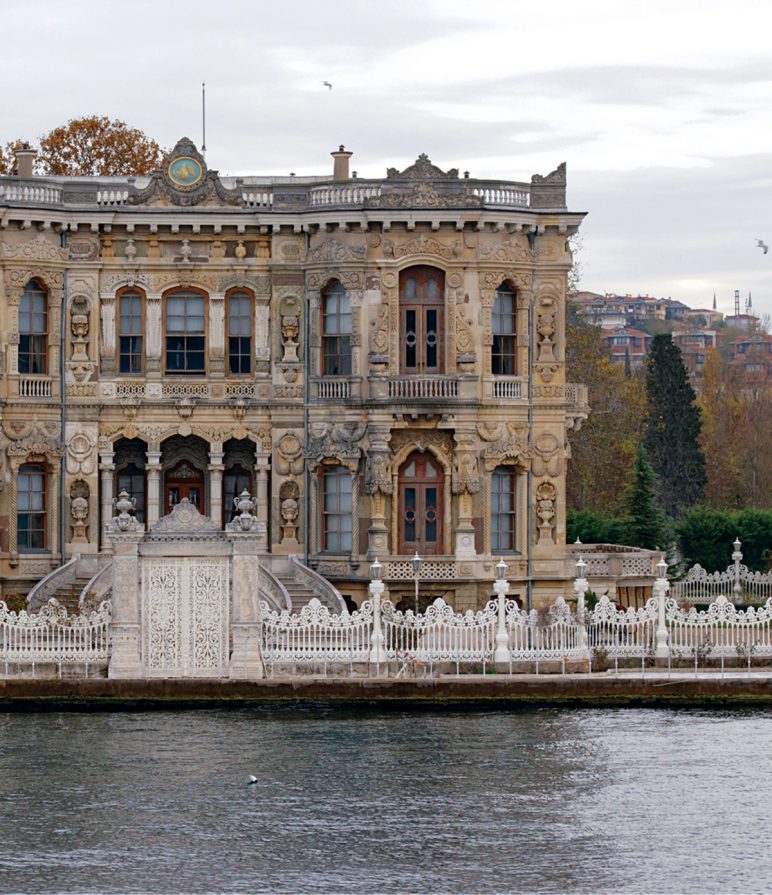 Sail to Maiden’s Tower and enjoy sea views over a glass of wine.Photograph by hapsirik/flickr 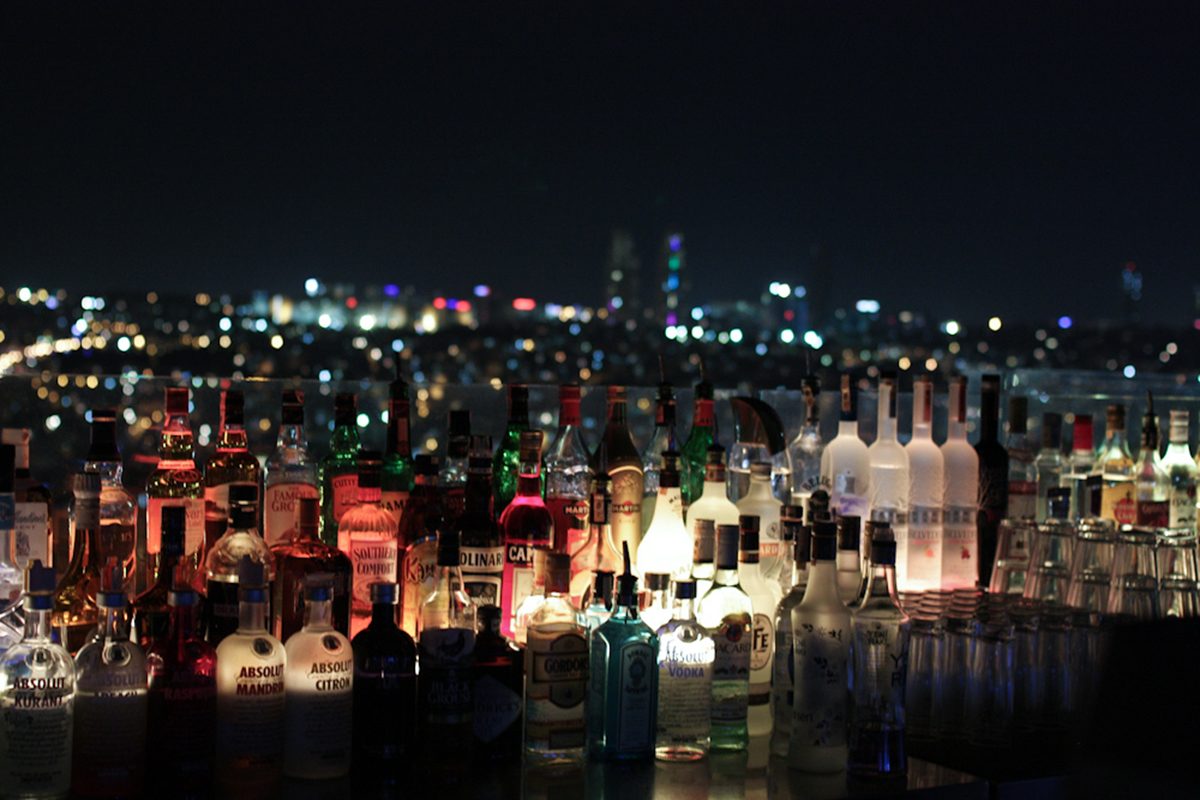 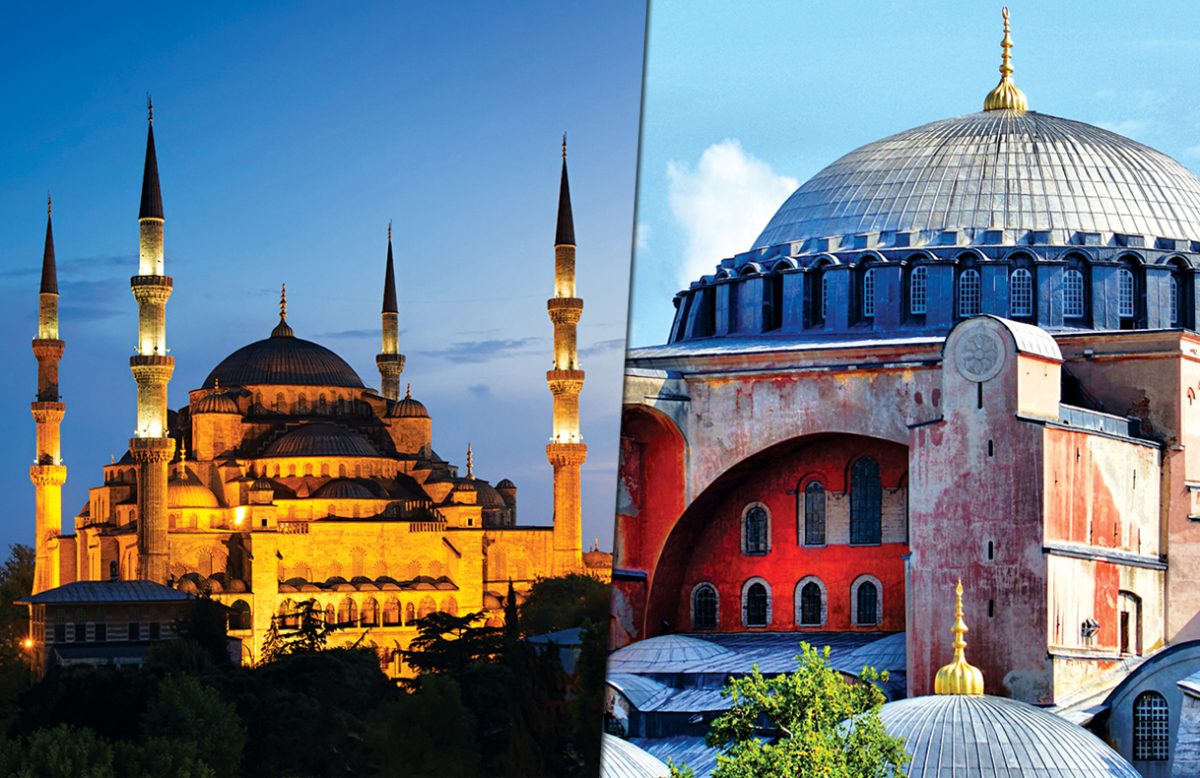 Step back in time at the Hagia Sophia Museum. A former church and mosque, it’s now a monument to the Byzantine and Ottoman Empires, and is sometimes referred to as the “eighth wonder of the world.” While you’re hitting the historical sites, don’t miss the oft-photographed Blue Mosque. ayasofyamuzesi.gov.tr.Photographs by David Spencer, Pedro Szekely

From its monumental malls to the slew of haute restaurants and hotels, Dubai is the epitome of Middle Eastern luxury. Now you can wing your way to memorable Arabian nights in just over 13 hours. 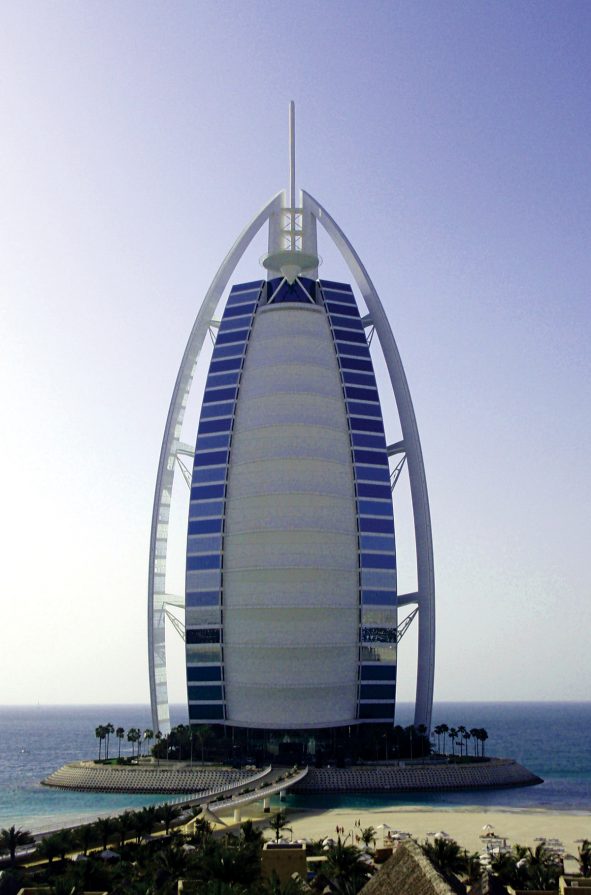 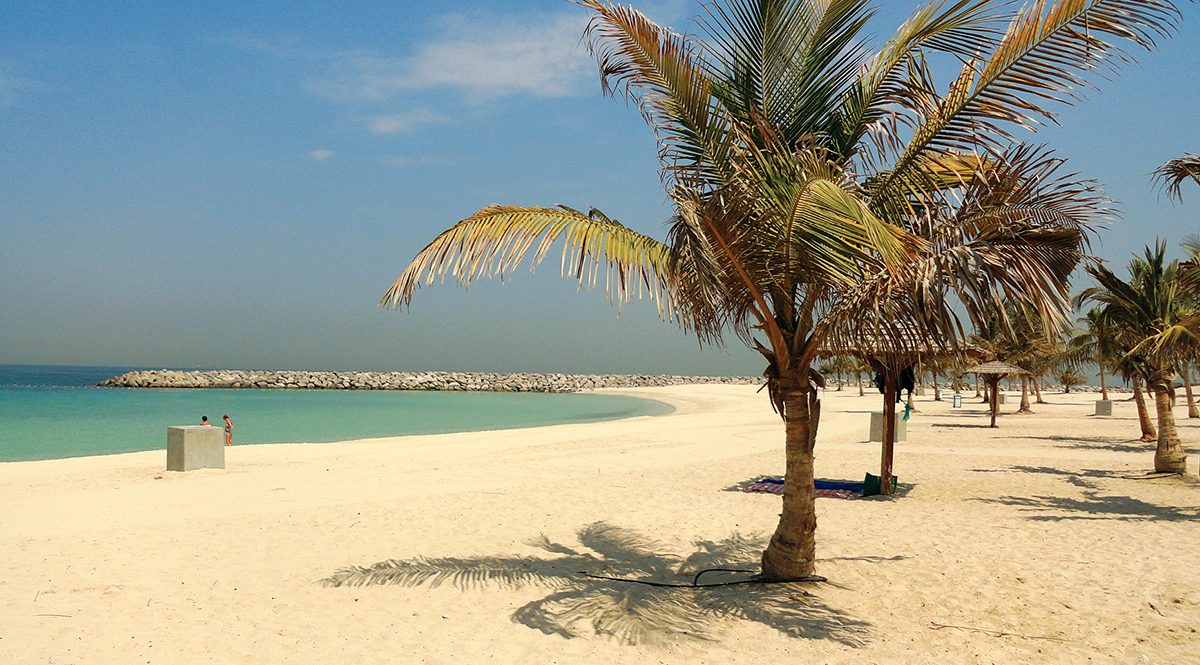 Take a wild evening ride in an off-road vehicle through Desert Safari Dubai. Try sandboarding (it’s like snowboarding sans, well, snow), ride a camel at sunset, get a henna tattoo, or enjoy a campfire dinner. desertsafaridubai.com.Photograph by Fabio Achilli 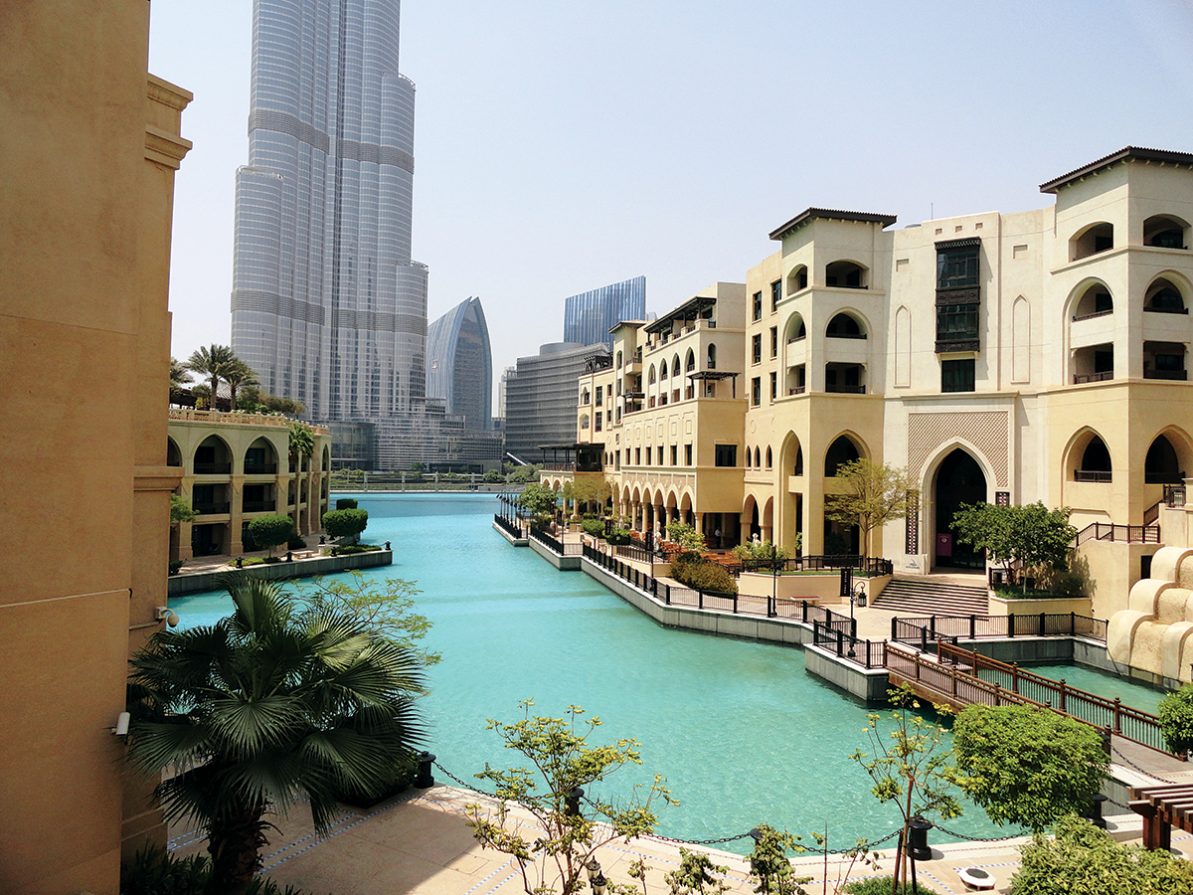 The can’t-miss Dubai Mall attracts more than 75 million visitors each year, and for good reason: In addition to the shops, there’s a dinosaur skeleton on display, an aquarium, and an ice rink. The Mall of the Emirates, meanwhile, has its own indoor, snow-covered ski slope (!). thedubaimall.com; malloftheemirates.com.Photograph by Fabio Achilli 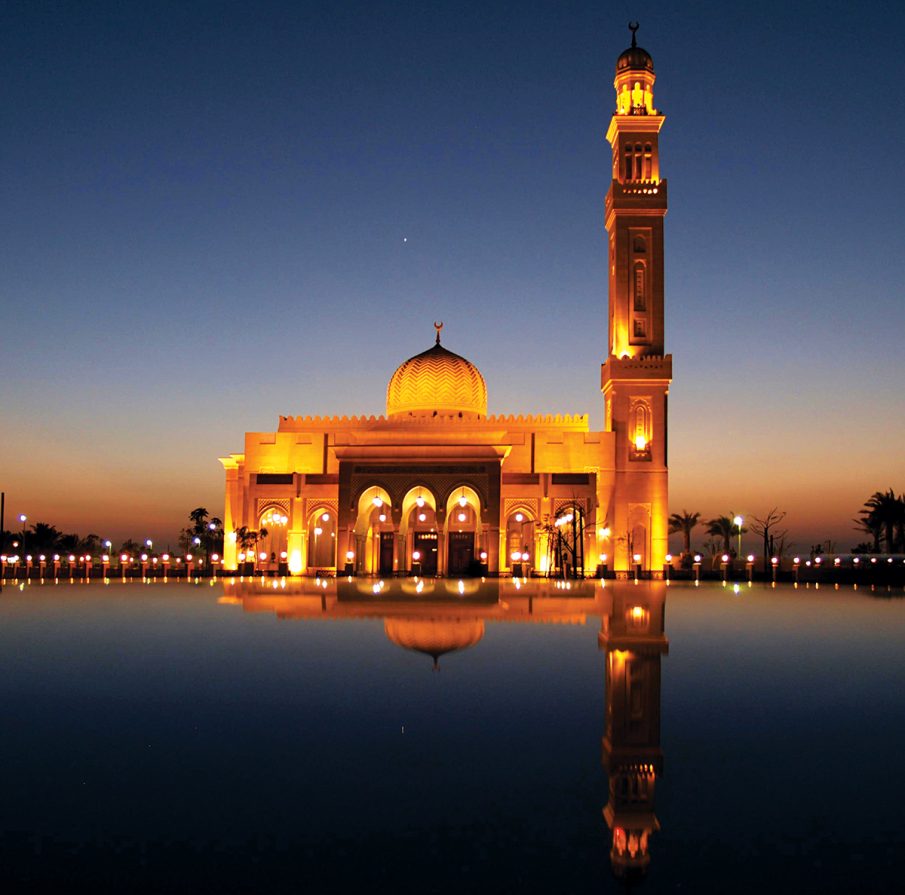 Retreat to Al Hadheerah among the dunes at the Bab Al Shams Desert Resort & Spa, where the fine Arabic cuisine is just part of the draw: There are also falconry displays, Tanoura dancers, and horse shows. meydanhotels.com/babalshams/dining.htm.Photograph by Florian Martys 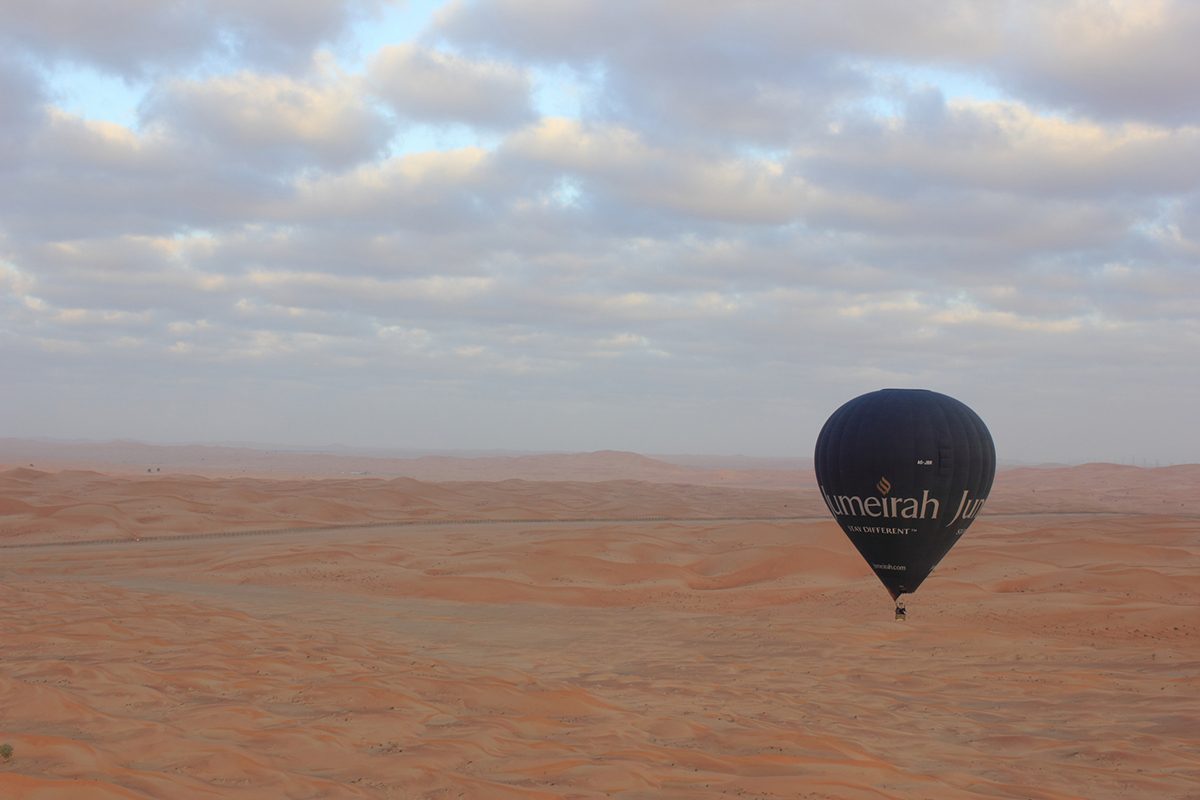 Get a bird’s-eye view of the desert, the city, and the Hajjar Mountains with a ride from Balloon Adventures Emirates. ballooning.ae.Photograph by Emmanuel Eragne/Flickr

Hold on to your (Panama) hats! This cosmopolitan Latin-American city is at once urban and exotic, with busy streets, splendid beaches, and lush rainforests all within reach.

The opulent Waldorf Astoria Panama has 113 plush rooms as well as four eateries, including the très chic Bungalow Terrace & Pool Bar, adjacent to the pool on a seventh-floor terrace. There’s also a full spa ready to pamper you and yours in one of four treatment rooms. waldorfastoriapanama.com.Photograph by F. Delventha 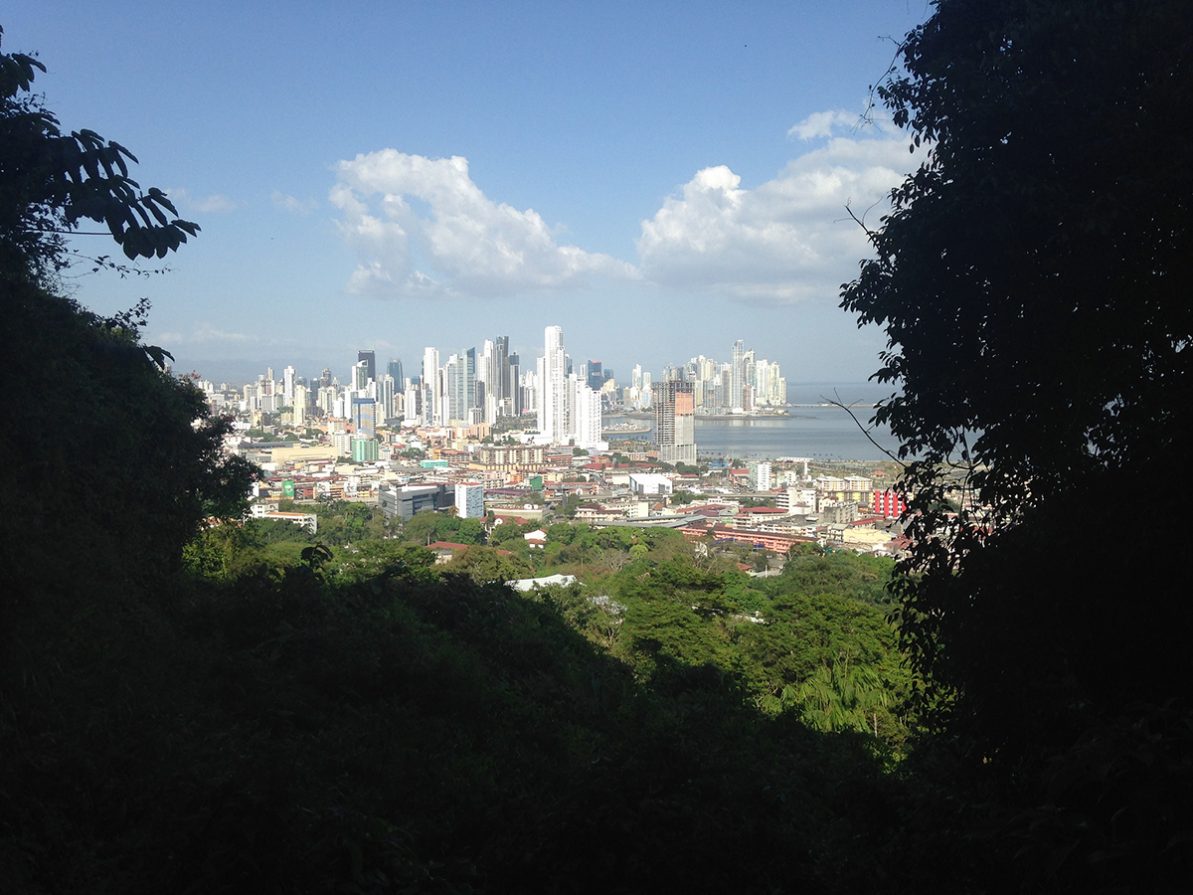 Watch the Panama Canal lock gates at work at the Miraflores Visitor Center—or trek up AncÓn Hill, the city’s highest point, to see the engineering marvel from a completely different perspective. visitcanaldepanama.com.Photograph by ryanacandee / Flickr 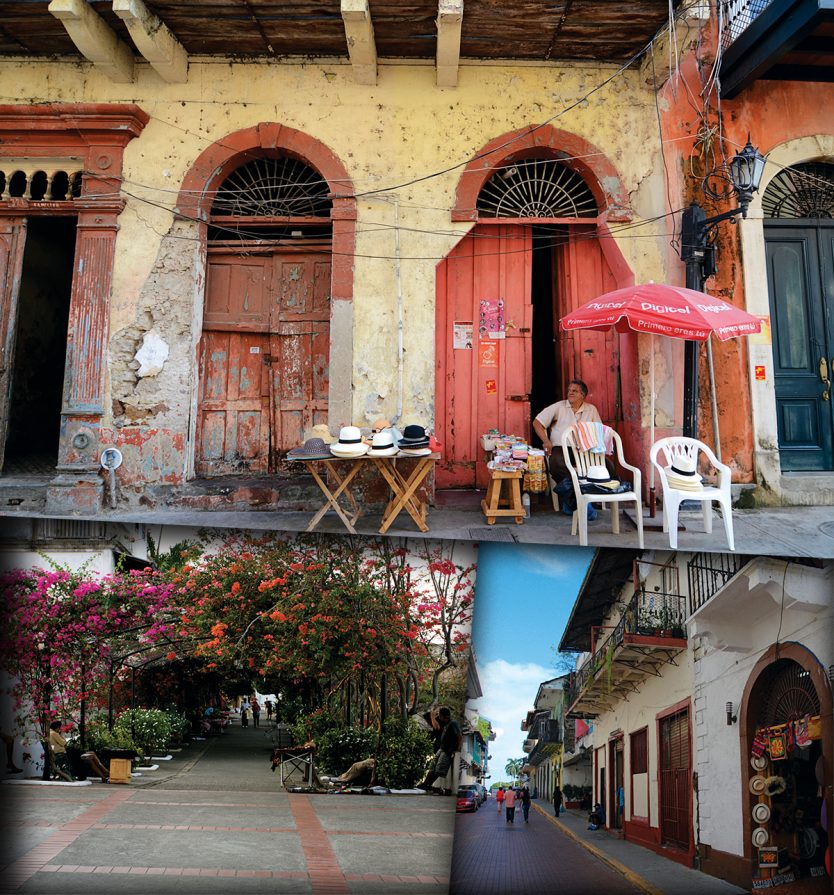 Stroll along the Bay of Panama through Casco Viejo (the “Old Quarter”), built in the 1670s and overflowing with courtyards and open-air cafés. Then take your wedding dance moves for another spin at the hot salsa club Habana Panama. cascoviejo.org; habanapanama.com.Photographs by Habana Panama, L.W. Young, Traveling Otter/Flickr 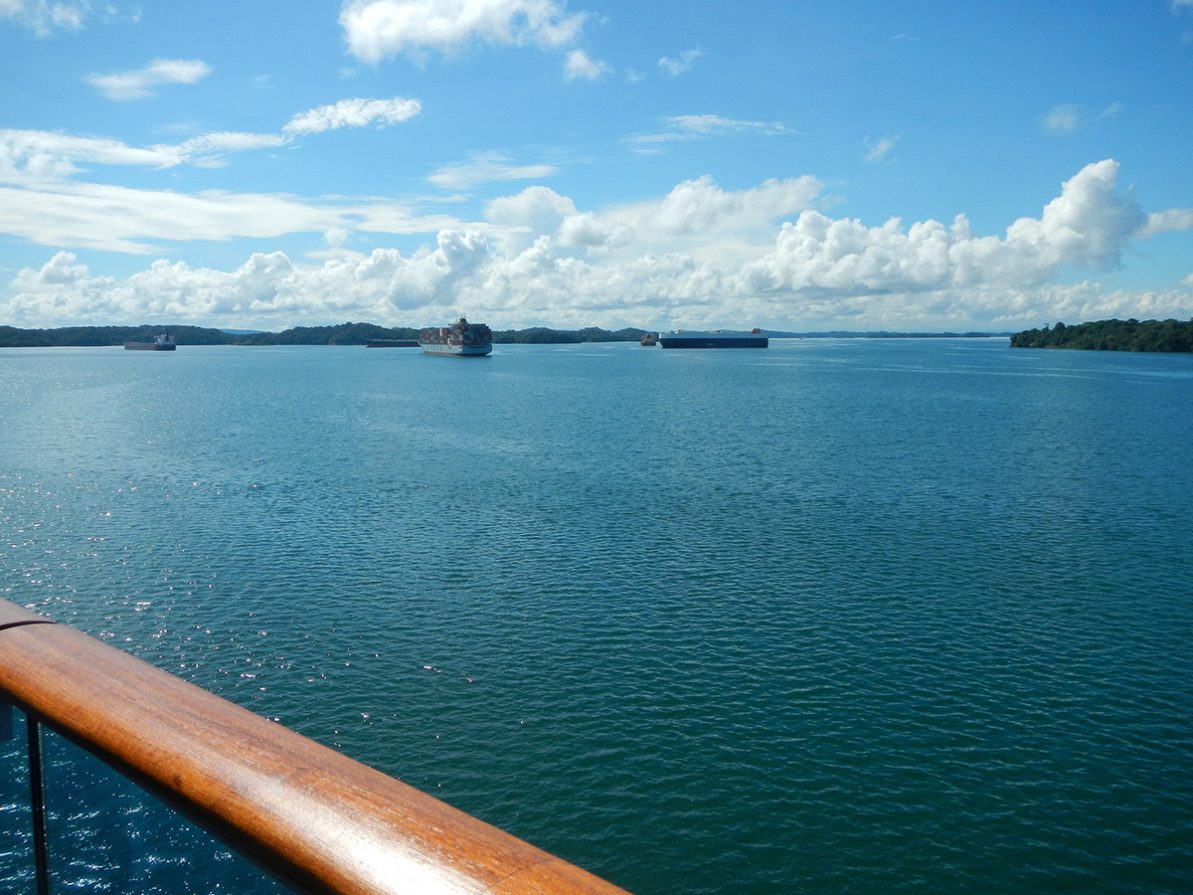 Inject some adventure into your honeymoon with a Barefoot Panama excursion. Snorkel near the ruins in historical Portobelo, then zipline and take a canopy tour over Lake Gatun. barefootpanama.com.Photograph by Kabibbles/Flickr 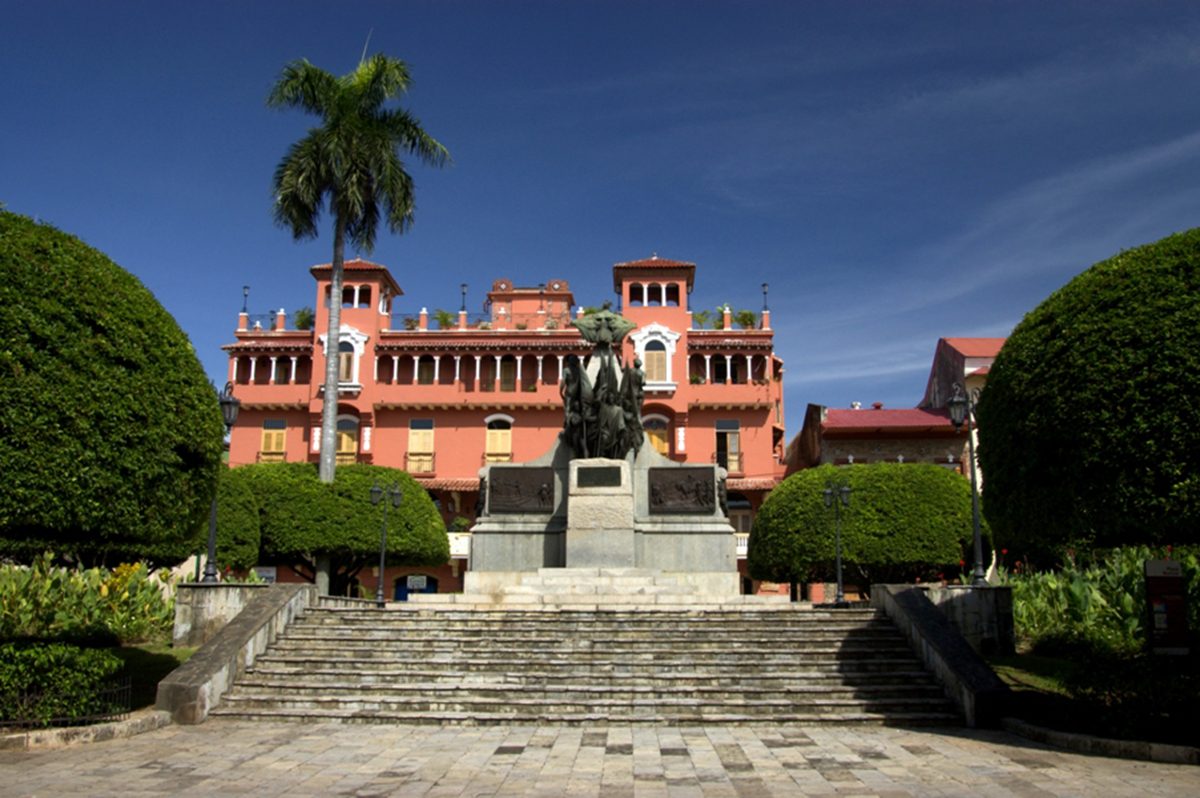 Housed in a Spanish colonial building in the picturesque Plaza Bolivar, Casa Blanca is known for its fine seafood and steak. Save room for the gourmet sorbet and ice cream at the nearby Granclement—it’s worth the wait. restaurantecasablancapanama.com; granclement.com.Photograph by WHLTravel/Flickr

With its cultural attractions and glittering skyscrapers (double the skyline of New York City), this world-class metropolis—its name means “fragrant harbor”—is a feast for the senses. 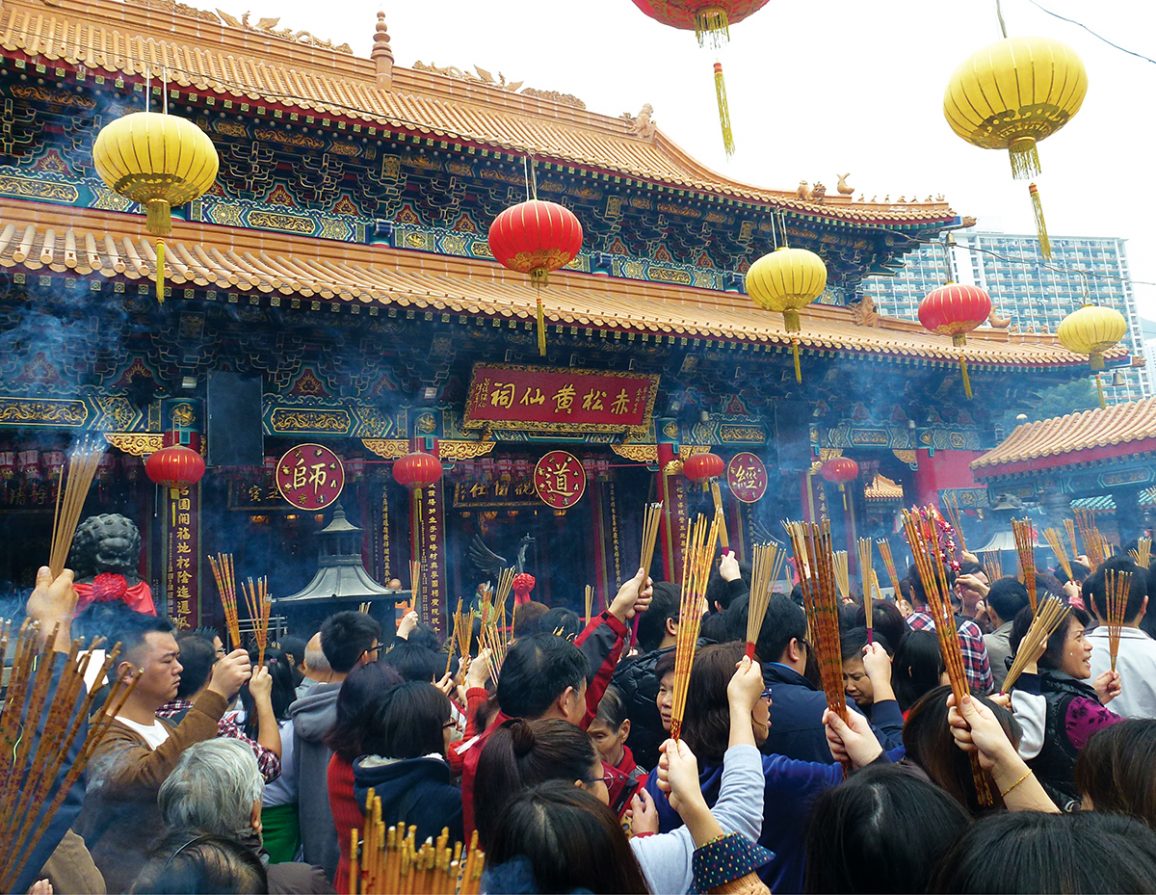 Purchase everything from electronics to jade at the technicolor Temple Street Night Market, where clay-pot rice will ease any post-haggling hunger pangs. Another vivid sight is the Sik Sik Yuen Wong Tai Sin Temple, said to grant wishes to visitors. www.siksikyuen.org.hk.Photograph by Pablo Trincado 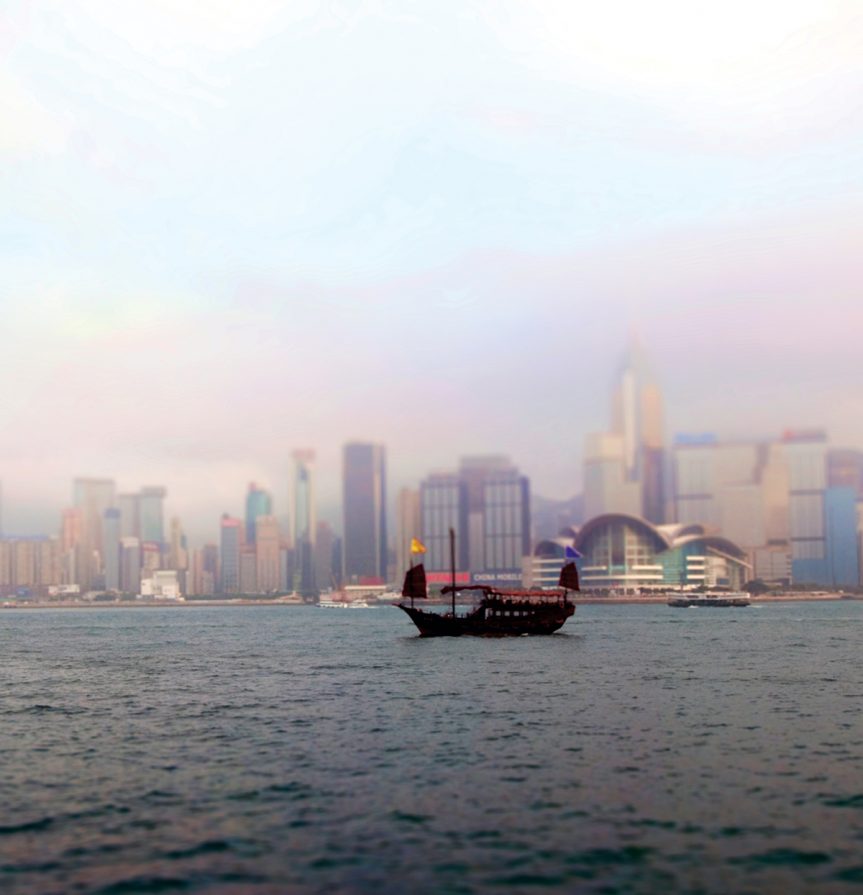 Lounge on a sofa bed, cocktail in hand, during a 45-minute tour of Victoria Harbor aboard the Chinese Aqua Luna Boat, an authentic red-sailed vessel built by a Chinese craftsman. aqua.com.hk.Photograph by Kevin Oh 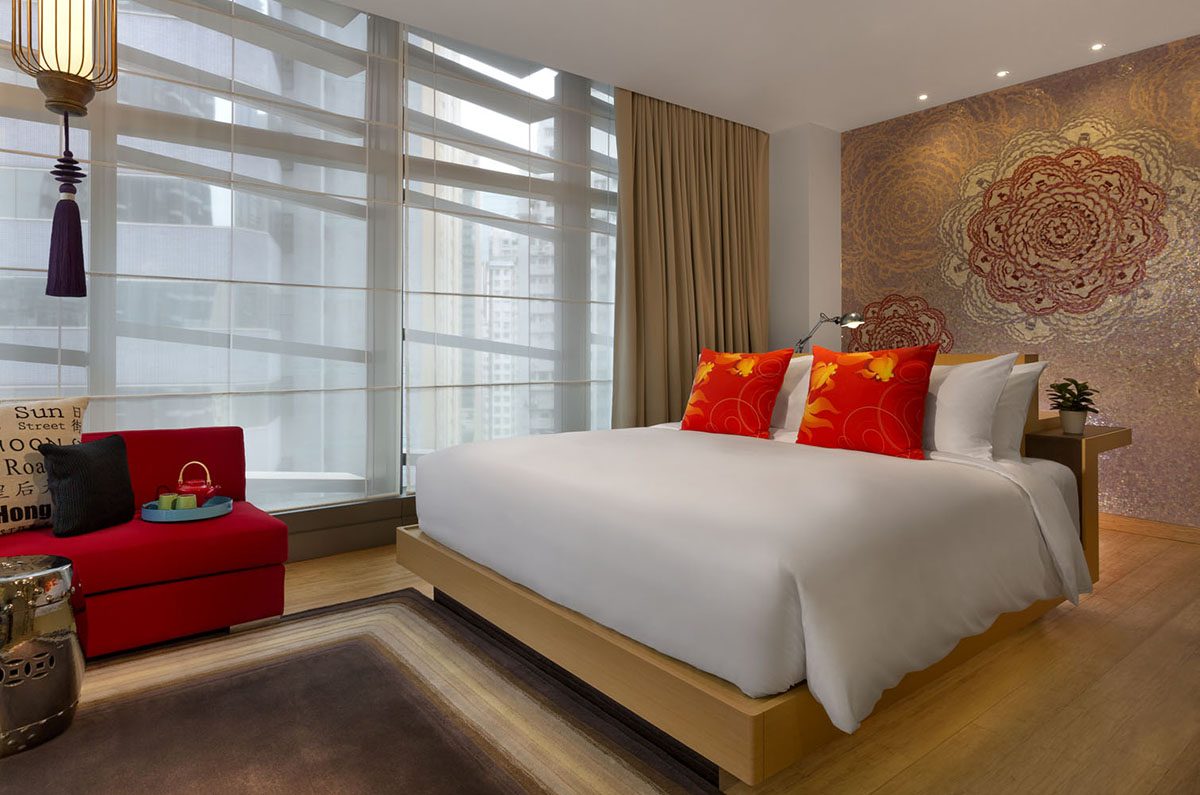 Feeling daring? Swim suspended over the crowded streets below in the glass-bottomed part of Hotel Indigo Hong Kong’s rooftop infinity pool—just one of the amenities at this chic, Aedas-designed property. ihg.com/hotelindigo.Photograph by Aedas/Flickr 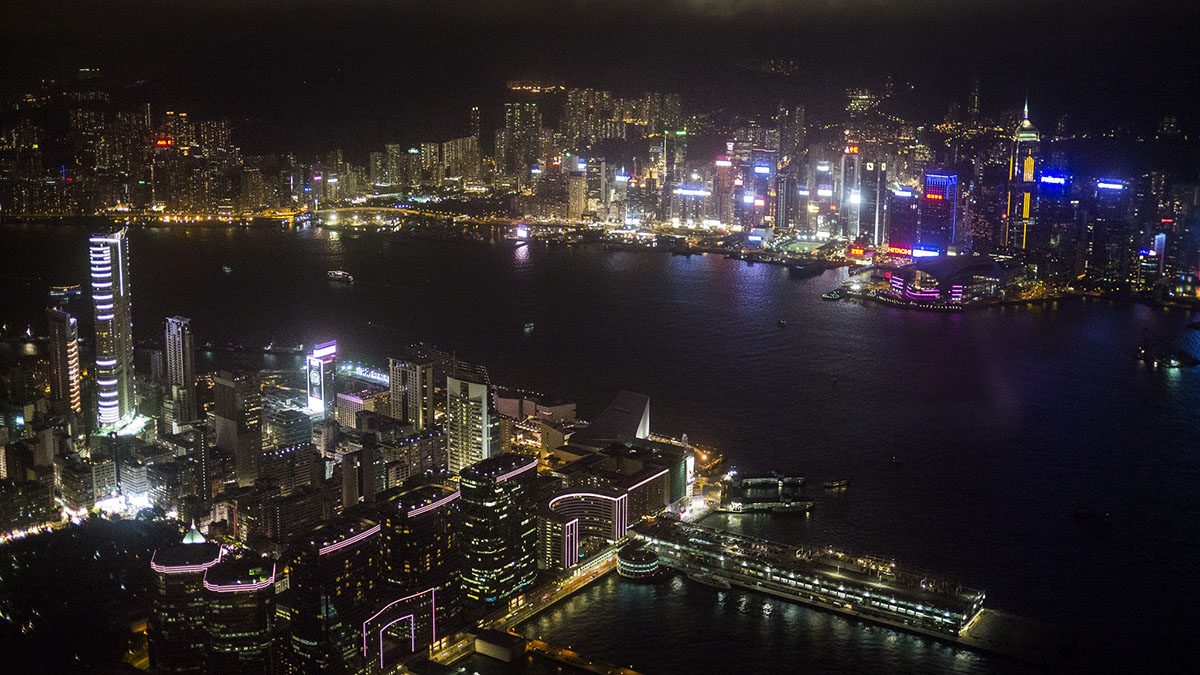 Pair wines from the 430-plus-bottle cellar with contemporary-meets-traditional Cantonese cuisine at the Michelin-starred Ming Court, located inside the Langham Place Hotel. Next up: a nightcap high above the city at Ozone, a bar on the 118th floor of the Ritz-Carlton. hongkong.langhamplacehotels.com; ritzcarlton.com/en/properties/hongkong.Photograph by Andyrs/Flickr 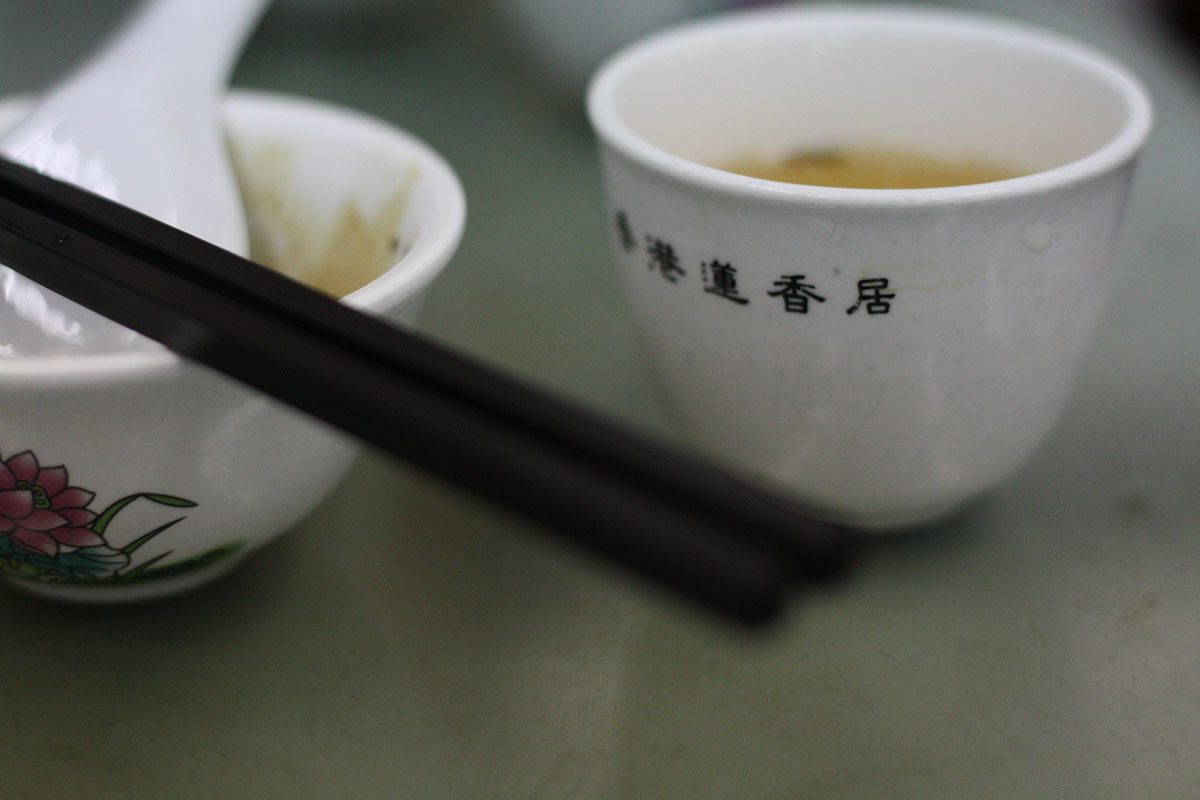 Take a break from the bustle with your beloved at the elegant LockCha Tea House, which offers 100-plus varieties, as well as vegetarian dim sum. lockcha.com.Photograph by CalShutter/Flickr

Things may change, but you’ll always have Paris. Live out your Funny Face fantasy with a getaway to the timeless City of Light. 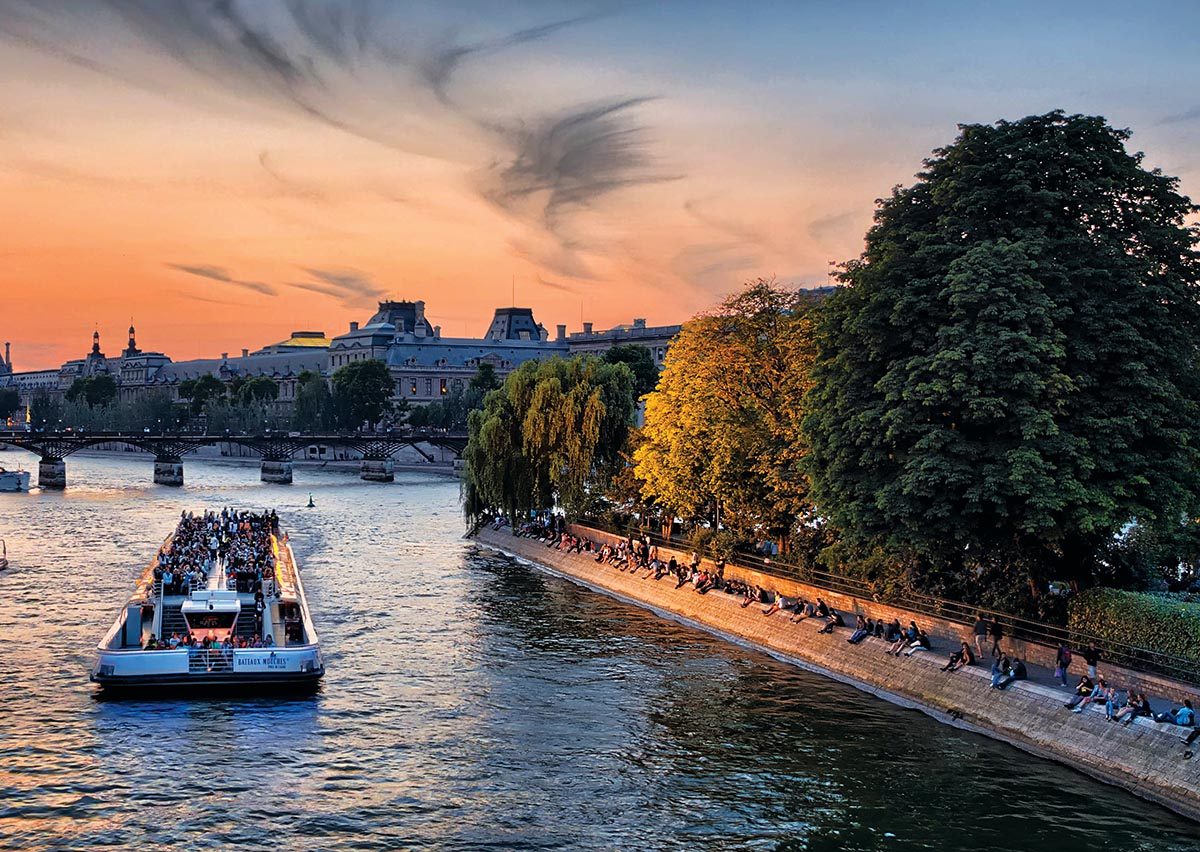 Dine and dance to traditional French music as you glide down the Seine on an open-air riverboat from Compagnie des Bateaux-Mouches. bateaux-mouches.fr/en.Photograph by Joe de Sousa 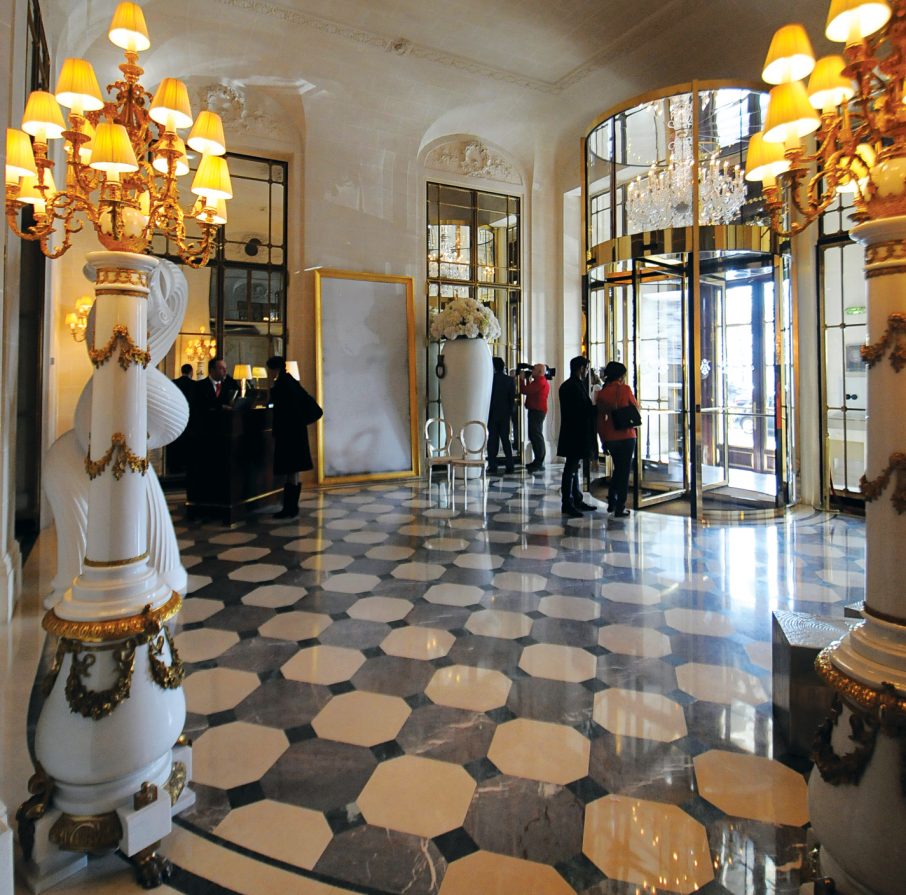 Le Meurice, the hotel once frequented by Salvador Dalí and other artists, stuns with its opulent interior designed by Philippe Starck and prime location between Place de la Concorde and the Louvre. dorchestercollection.com/paris/le-meurice.Photograph by Janine Cheung 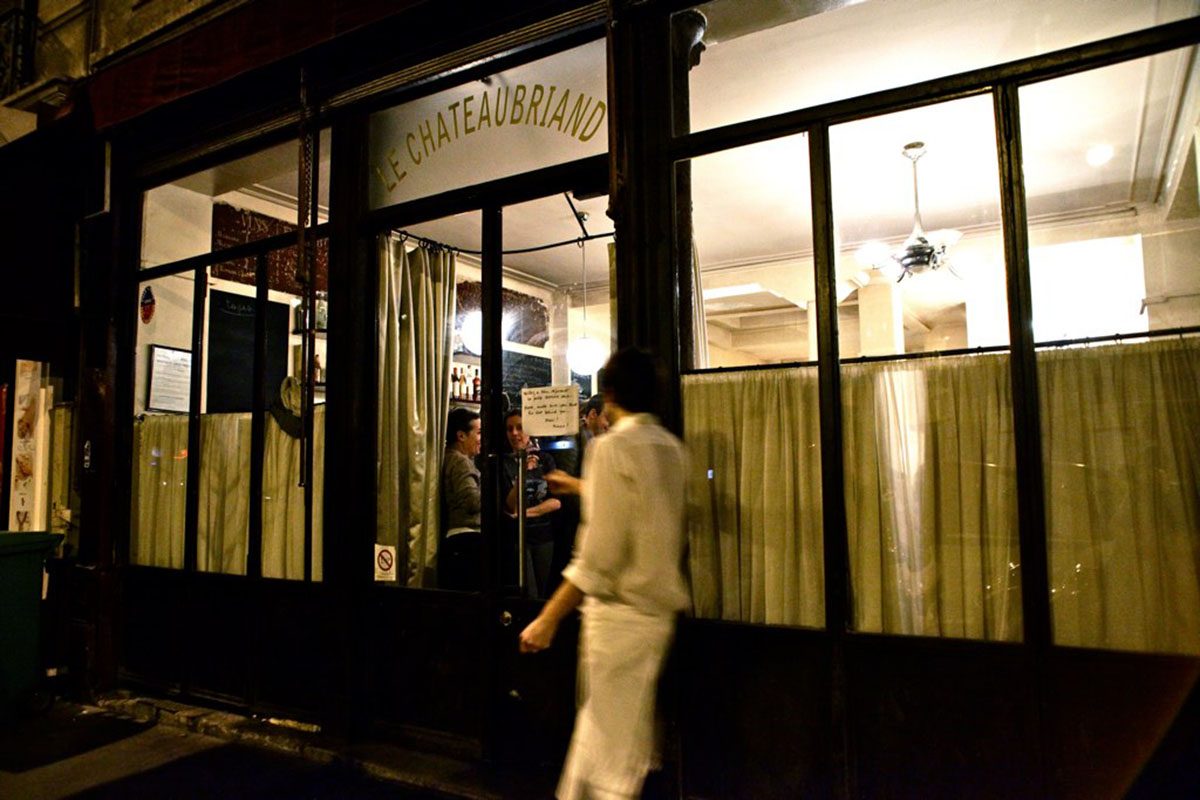 Basque chef Inaki Aizpitarte and his team shop the local markets to create innovative tasting menus at the decidedly unstuffy Le Chateaubriand, the city’s restaurant of the moment. lechateaubriand.net.Photograph by Gandhu/Flickr 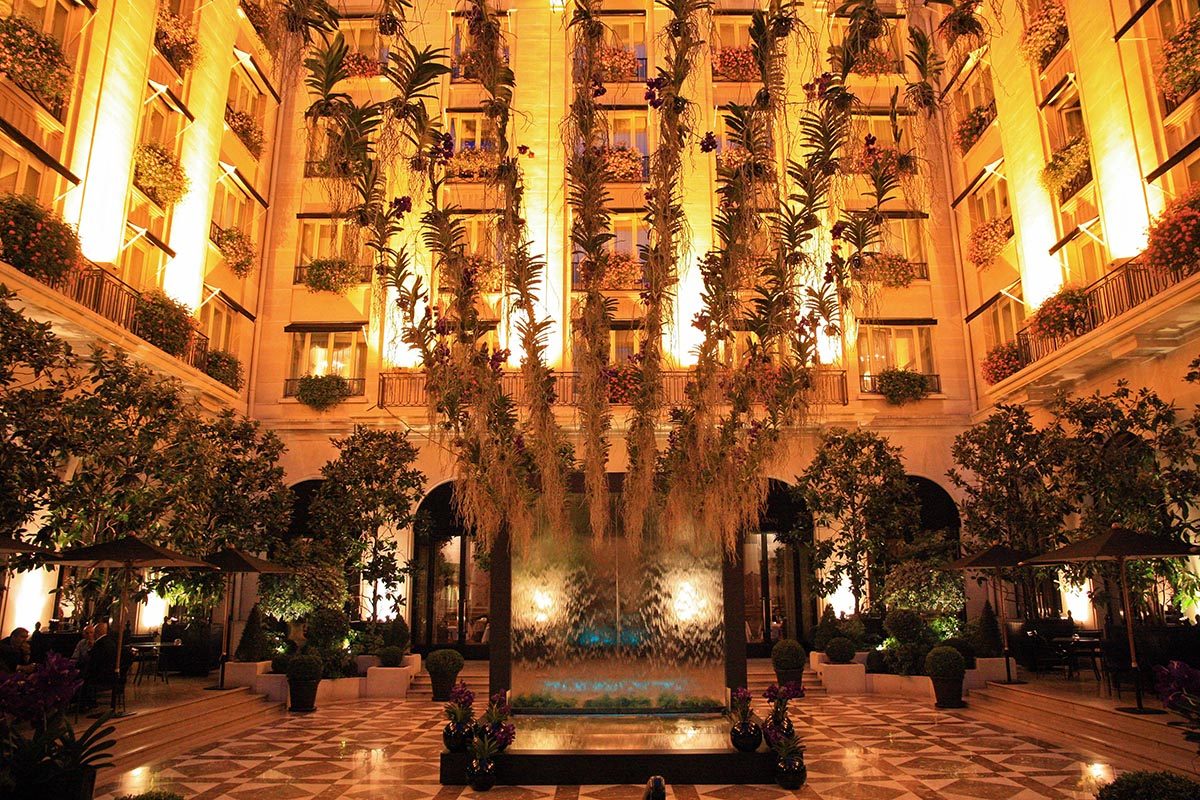 Indulge your sweet tooth with the “All About Chocolate” treatment at the Four Seasons Hotel George V spa, which includes a scrub, a wrap, a cocoa-butter massage, and a sampling of confections from the patisserie. fourseasons.com/paris/spa.Photograph by Calwhiz/Flickr 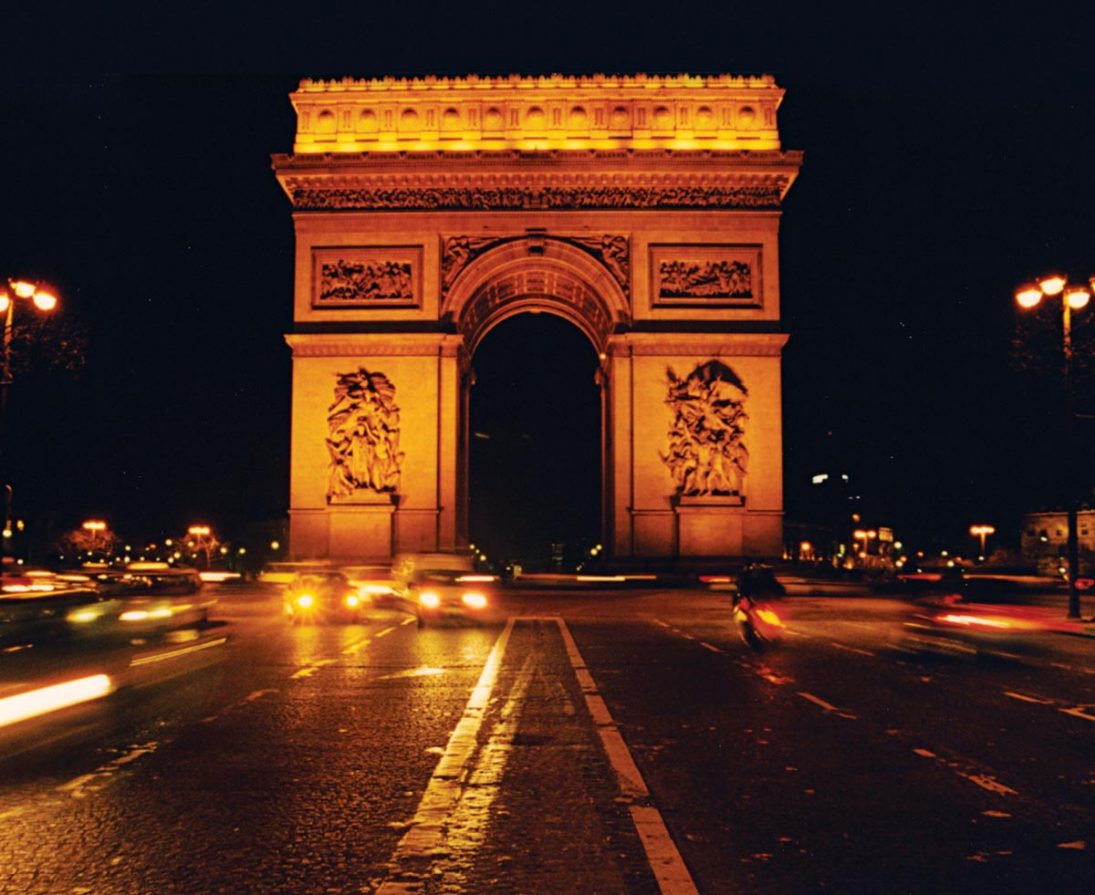 Spot works by Monet, Degas, Toulouse- Lautrec, Gauguin, and other French masters in the galleries of the gorgeous Musée d’Orsay, built in a circa-1900 railway station. musee-orsay.fr.Photograph by Arian Zwegers

Home to volcanoes, hot springs, and the northern lights, Iceland may be one of the few wild places left on earth, but creature comforts abound in the capital city. 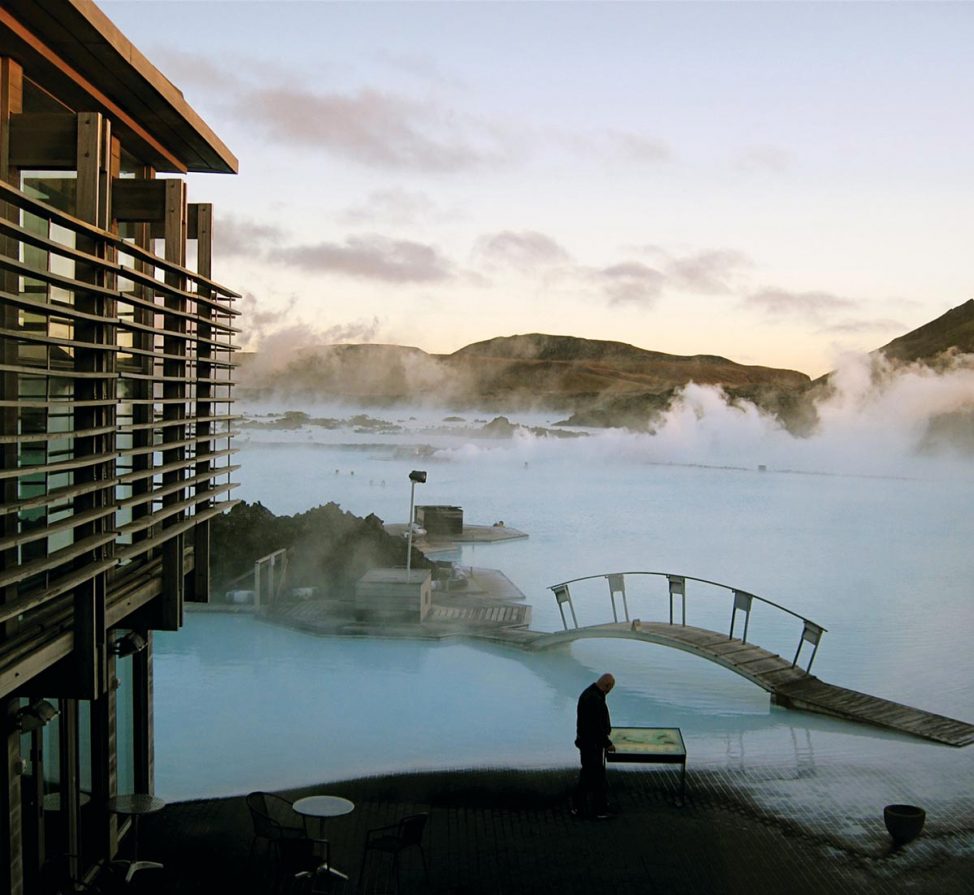 Less than an hour’s drive from town is the Blue Lagoon, where you can lounge in mineral-rich, 100-degree geothermal seawater that rises from more than a mile below the earth’s surface. In-water spa treatments and massages are available, and you can even reserve a private area. bluelagoon.com.Photograph by Alan Levine 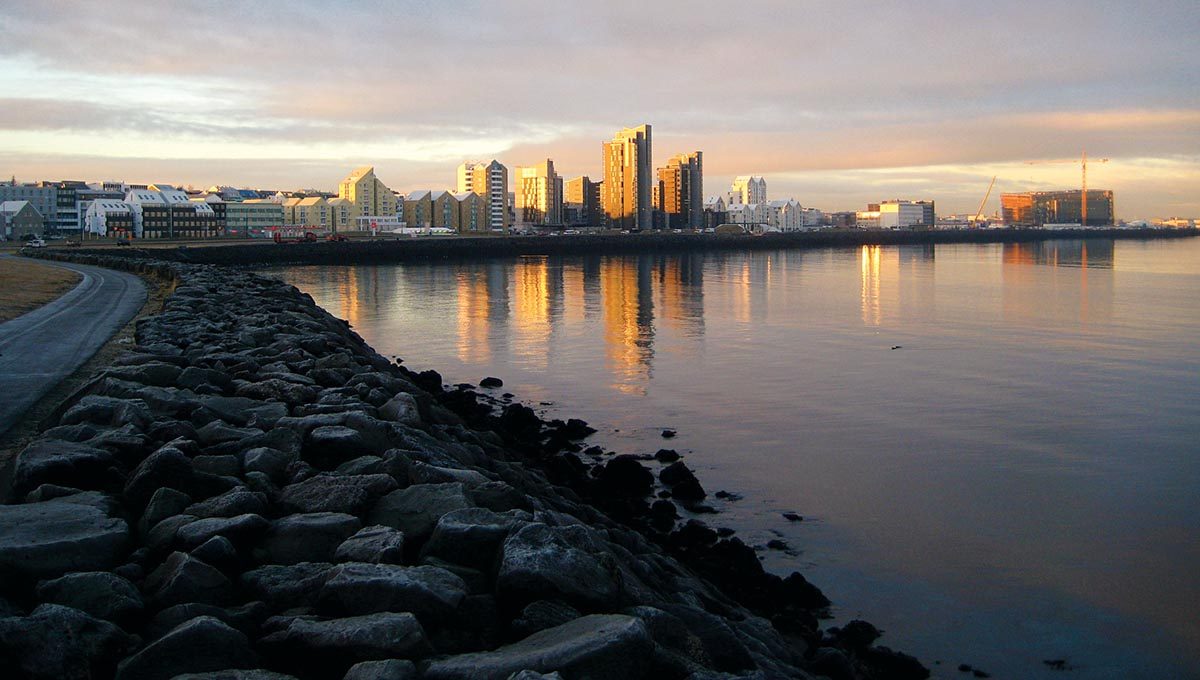 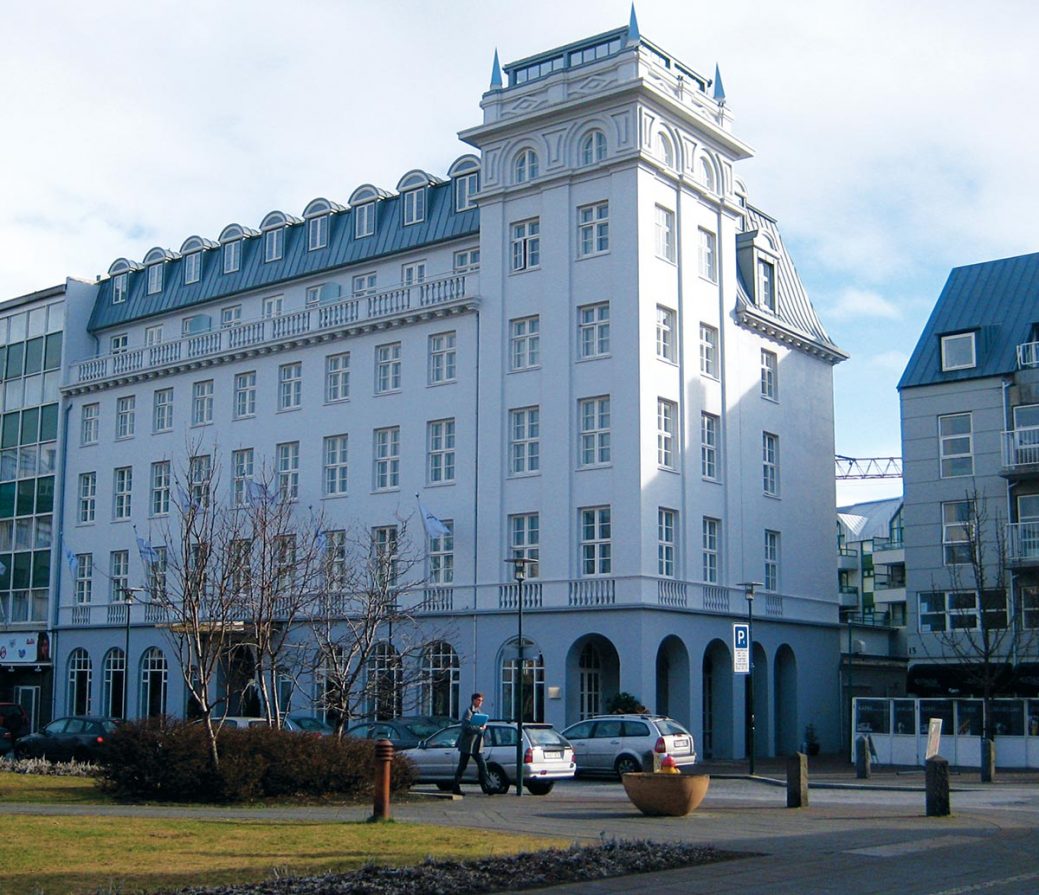 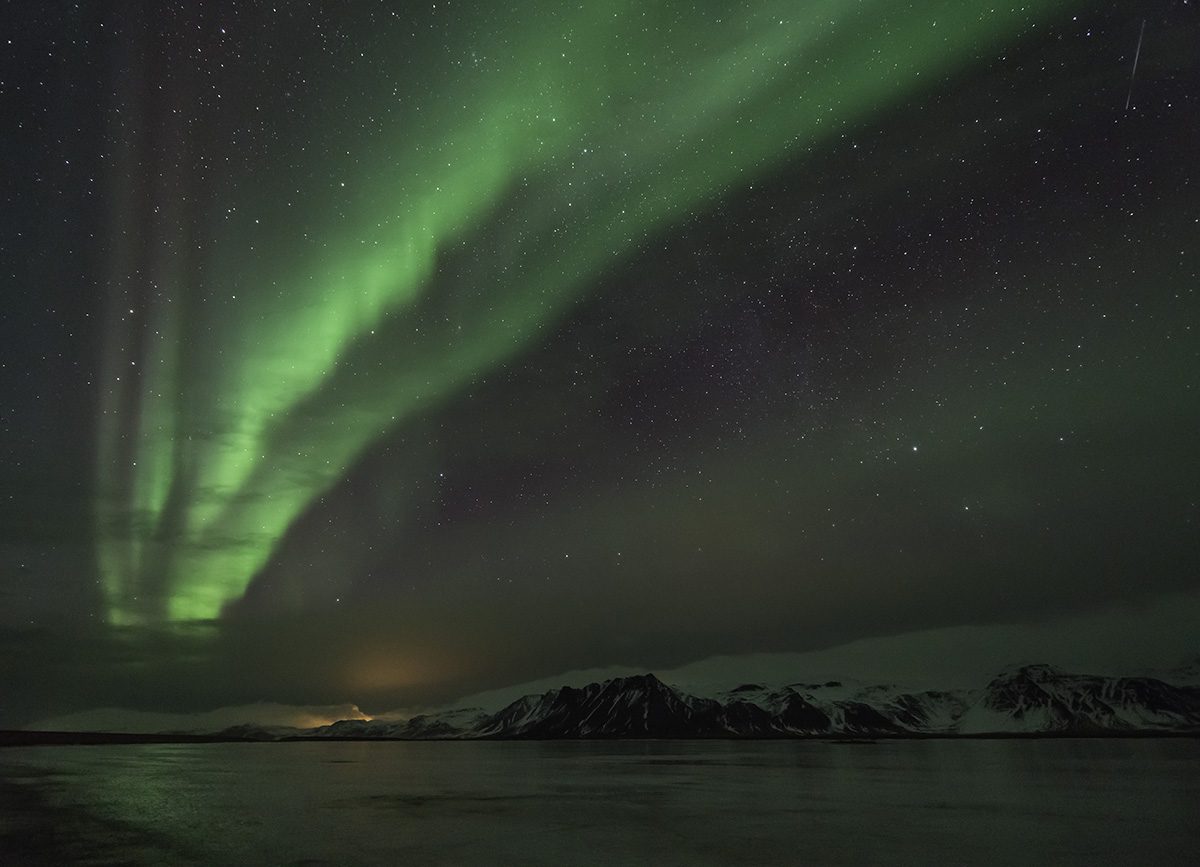 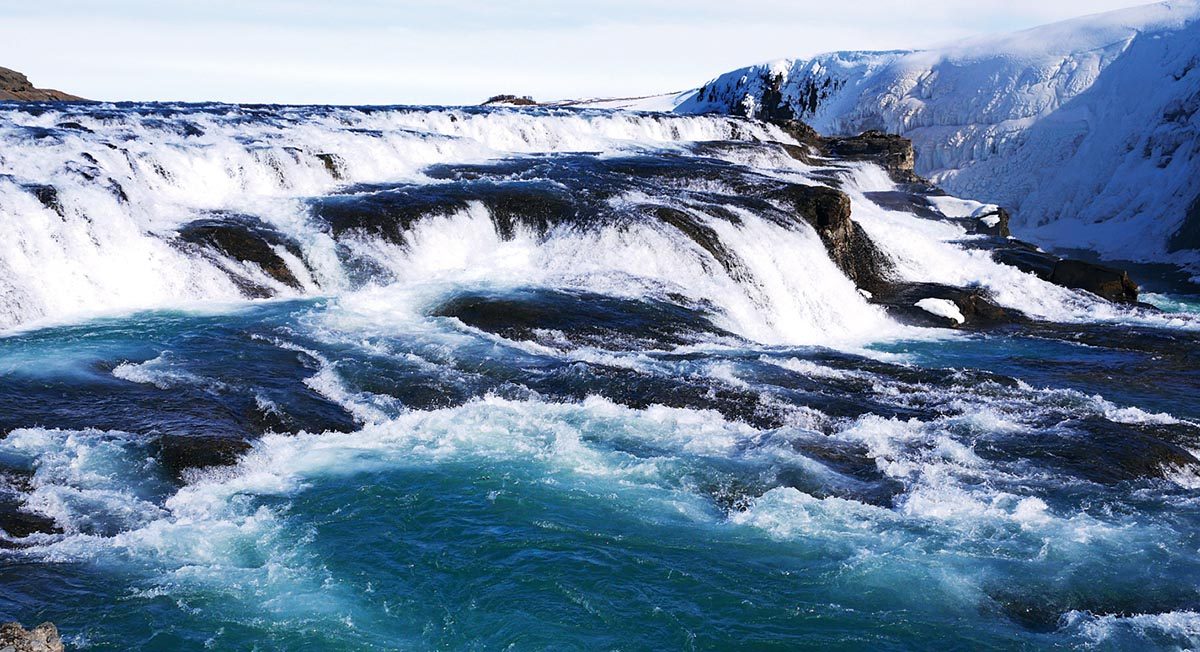 Saddle up and explore lava fields on horseback after departing from the Íshestar Riding Centre in Hafnarfjörður, just outside the city. If you’d rather sightsee on wheels, take a spin through the Golden Circle—a picturesque route that includes volcanoes, waterfalls, and geysers—by Jeep or snowmobile. ishestar.is.Photo provided