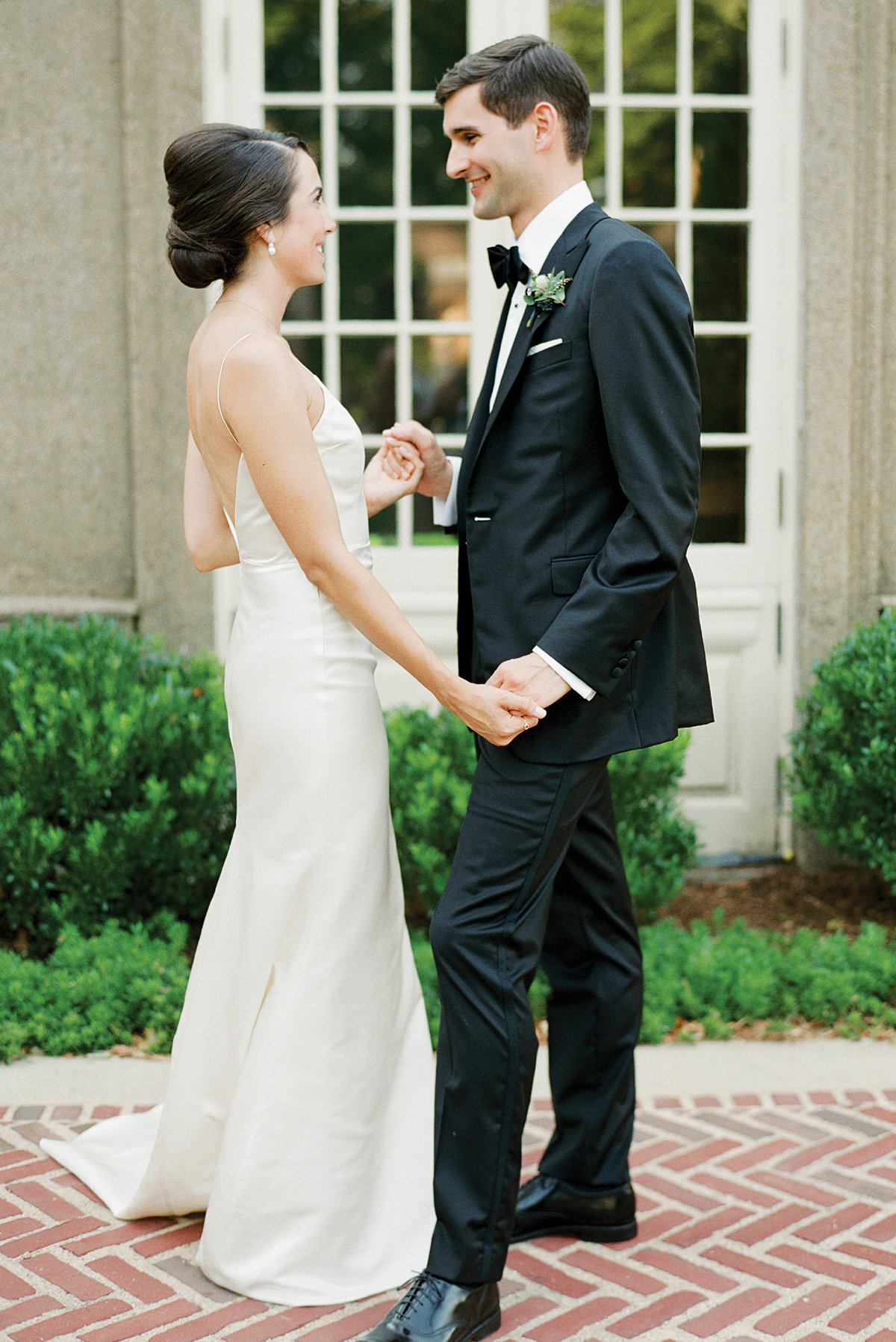 The day turned out to be an epic 95 degrees. “It was quite sweaty!” Elizabeth says. / Photograph by White Loft Studio

In September 2015, almost seven years to the day of their first date, James Wolff broke the news. “He said he couldn’t date me any longer,” Elizabeth Barthelmes remembers. They’d been living together in New York City since 2013, where he’s on the portfolio software sales team at Bloomberg and she works in corporate sustainability. But it wasn’t the end of their relationship—it was only the beginning.

James had been working on finding the perfect engagement ring for months, collaborating with Elizabeth’s sister to design a sparkler that would meet his bride-to-be’s ethical standards, including verifications that the diamond came from a better mine. The morning of, he told her he had a surprise day in store. He packed a picnic basket full of meaningful items—including a bottle of rioja, inspired by their first date at Boston College—and drove up to Vanderbilt Estate, just north of the city, for what Elizabeth thought was a belated birthday celebration. It wasn’t, of course. “The ring fit and was perfect and I cried,” she says.

For their wedding day the following year, they settled on the Crane Estate in Ipswich, where Elizabeth had spent many happy beach days growing up in nearby Beverly. While the locale is one of the area’s most beautiful, Elizabeth says she and James chose it more for its soul. The bride especially appreciated that the site fee goes to the Trustees of Reservations, and that the venue doesn’t use disposable napkins, cutlery, or glasses: “James asked about food. I asked about compost!” 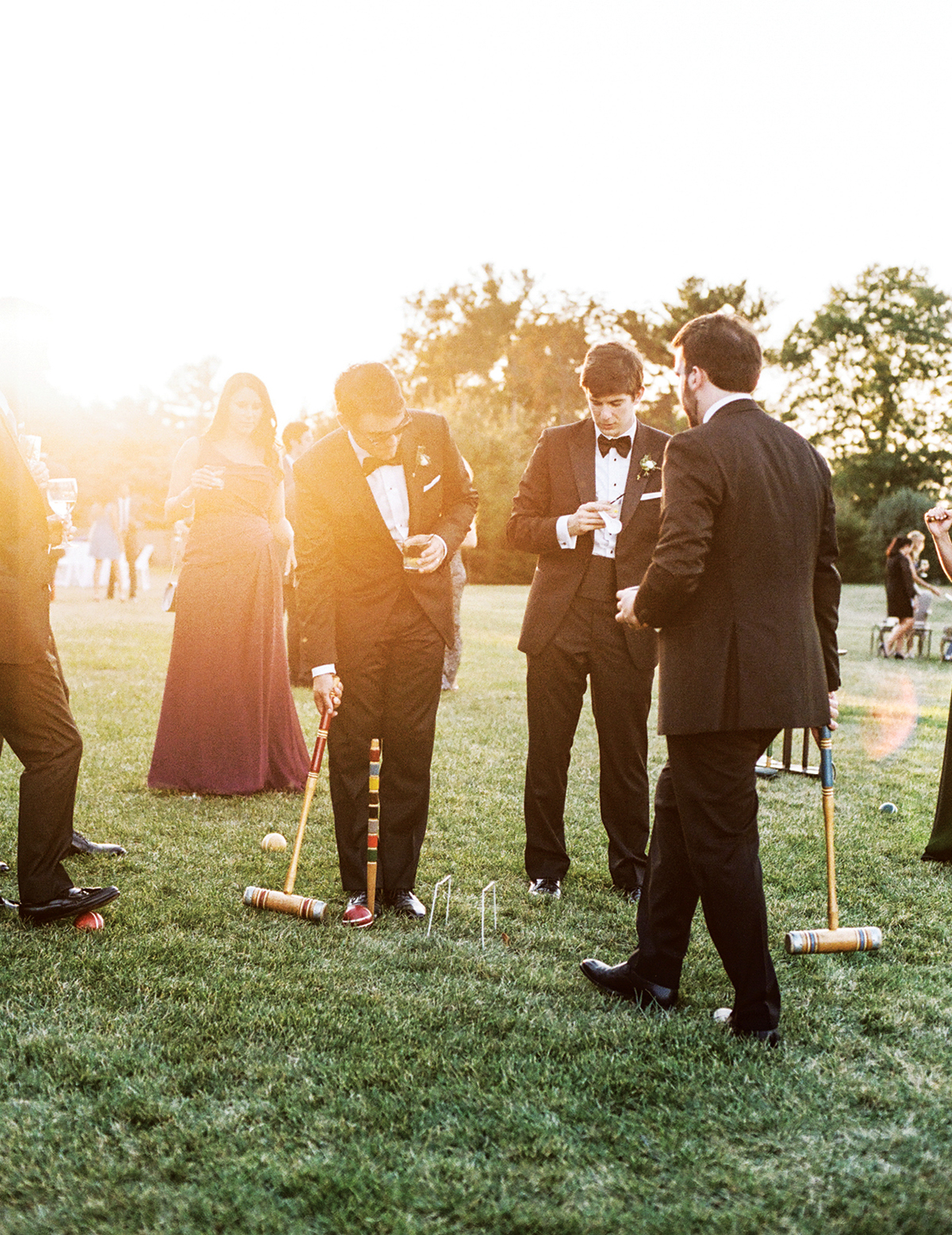 Guests enjoyed pre-dinner cocktails and croquet on the lawn of the Great House. 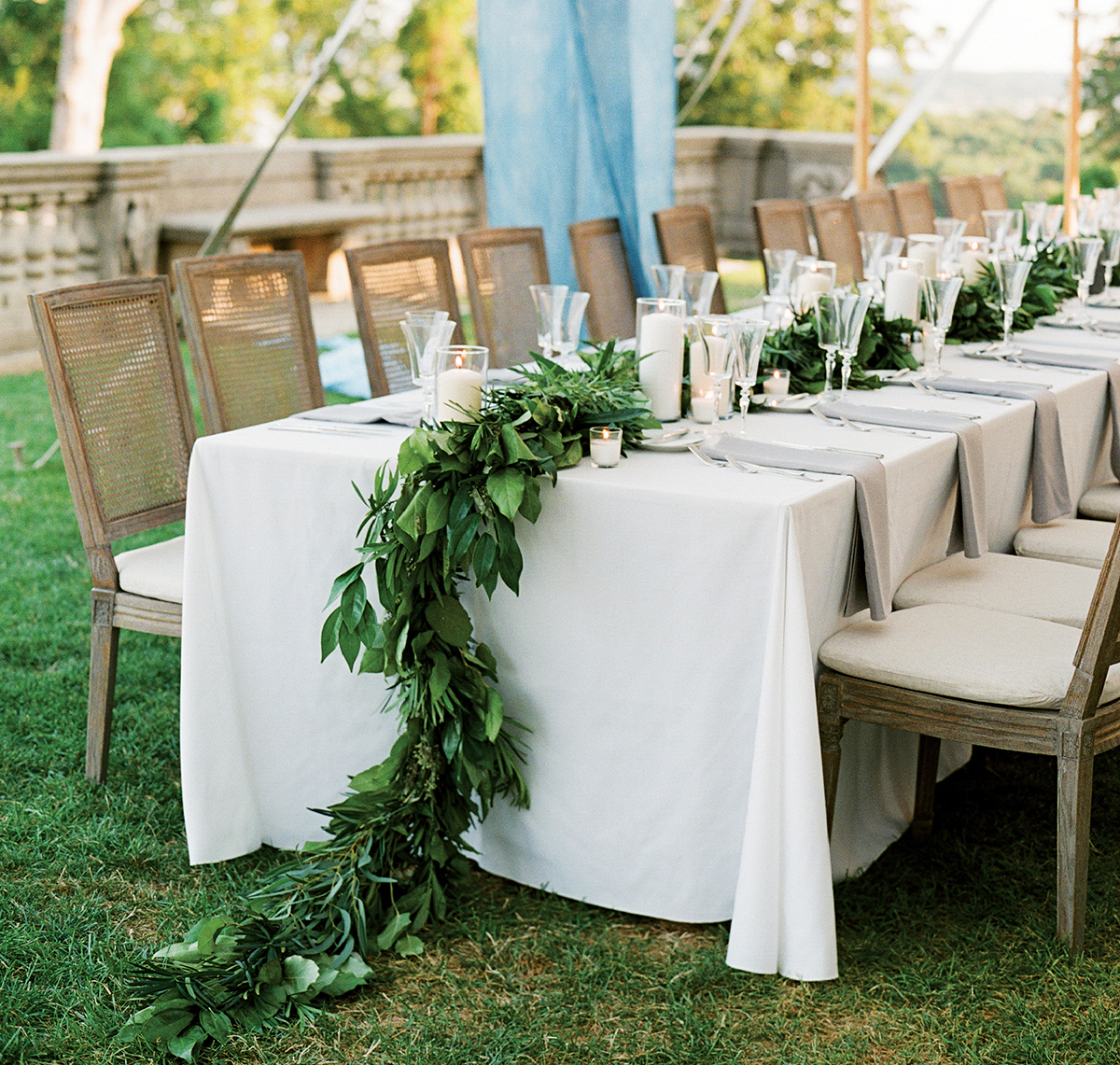 The bride worked with florists Lilac & Lily to create arrangements that were simple and sustainable—more greens than blooms, from pesticide-free farms. 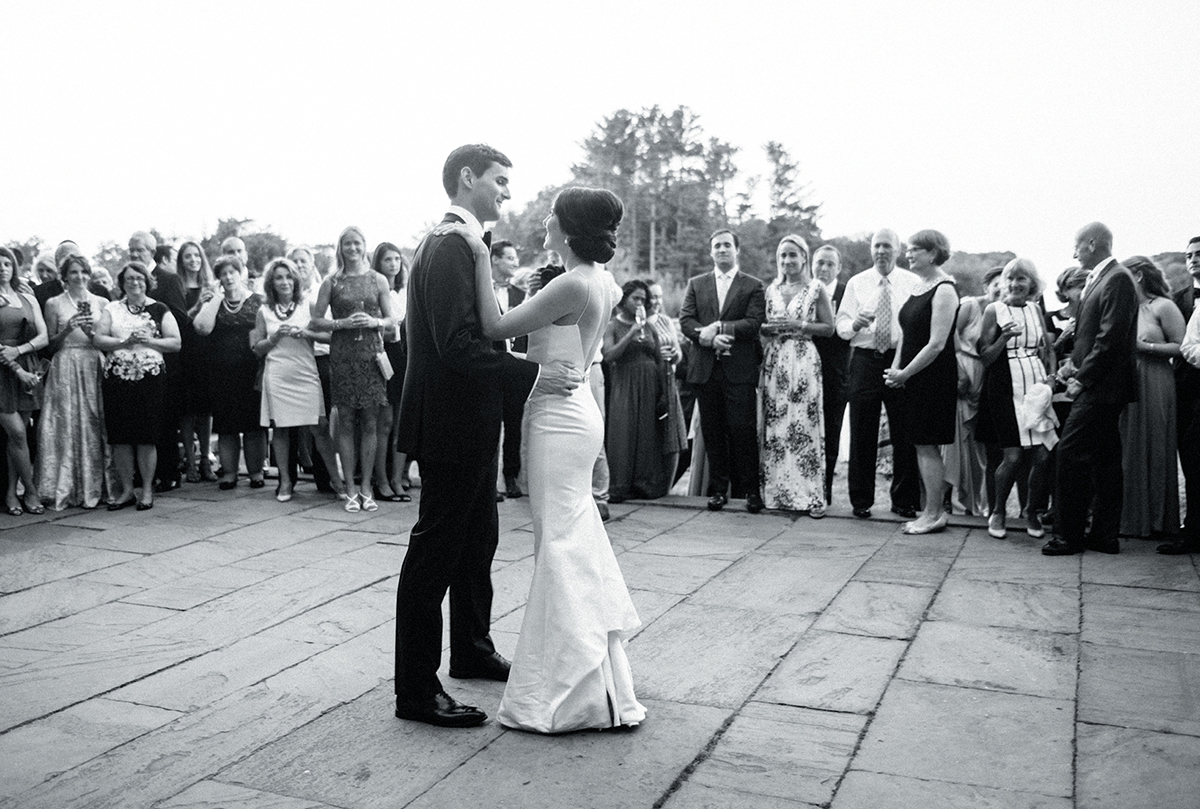 For their first dance, the couple chose “I Found You” by Alabama Shakes, a nod to one of their all-time favorite concerts. 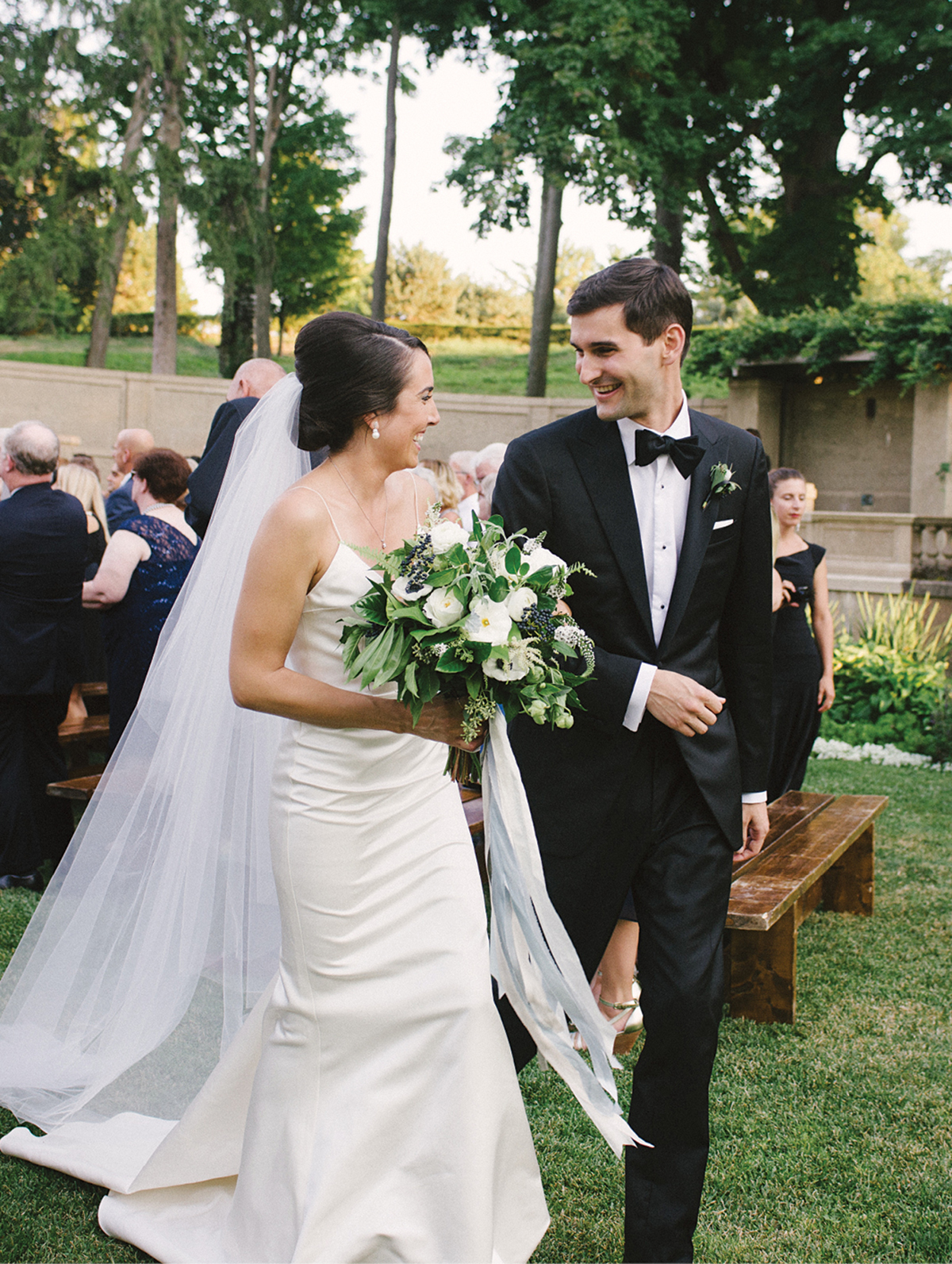 The ceremony took place in the estate’s Italian Garden, where the bride and groom were married by Elizabeth’s family friend. 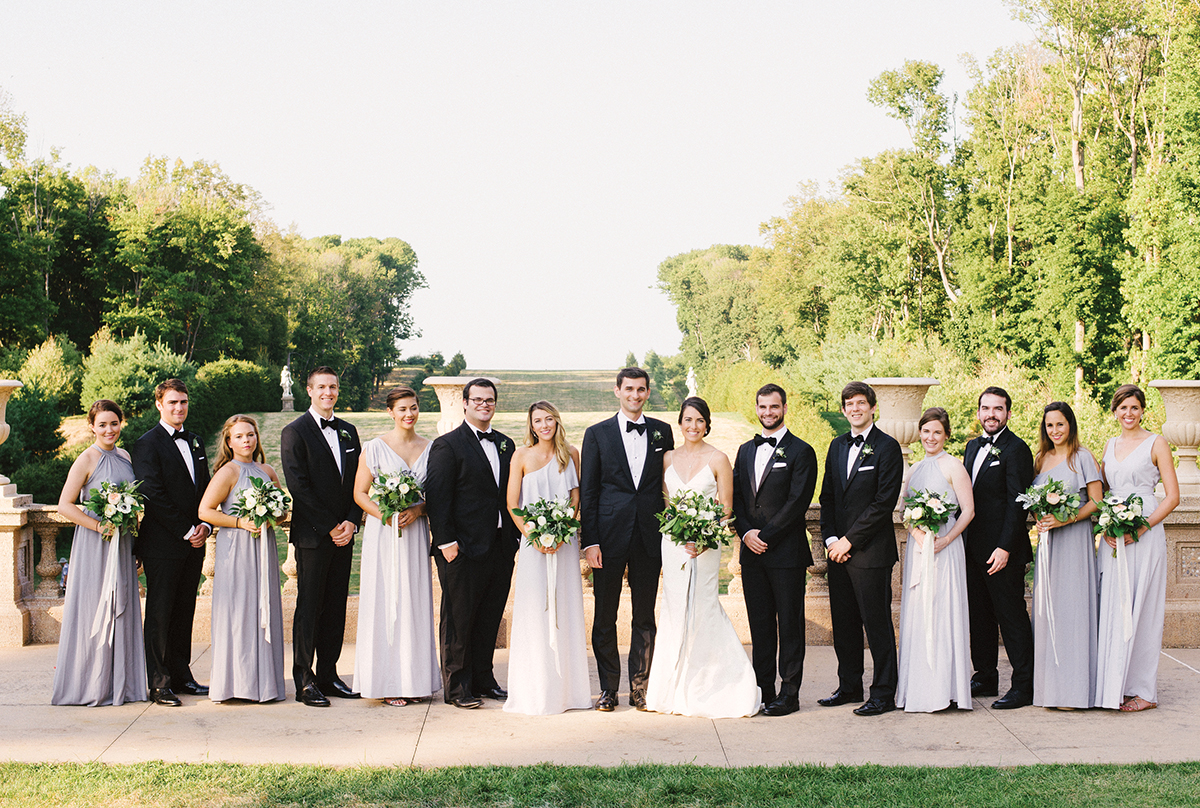 The wedding party included seven women from Elizabeth’s side and six men from James’s, with the women in gray-toned dresses by Kate McDonald. 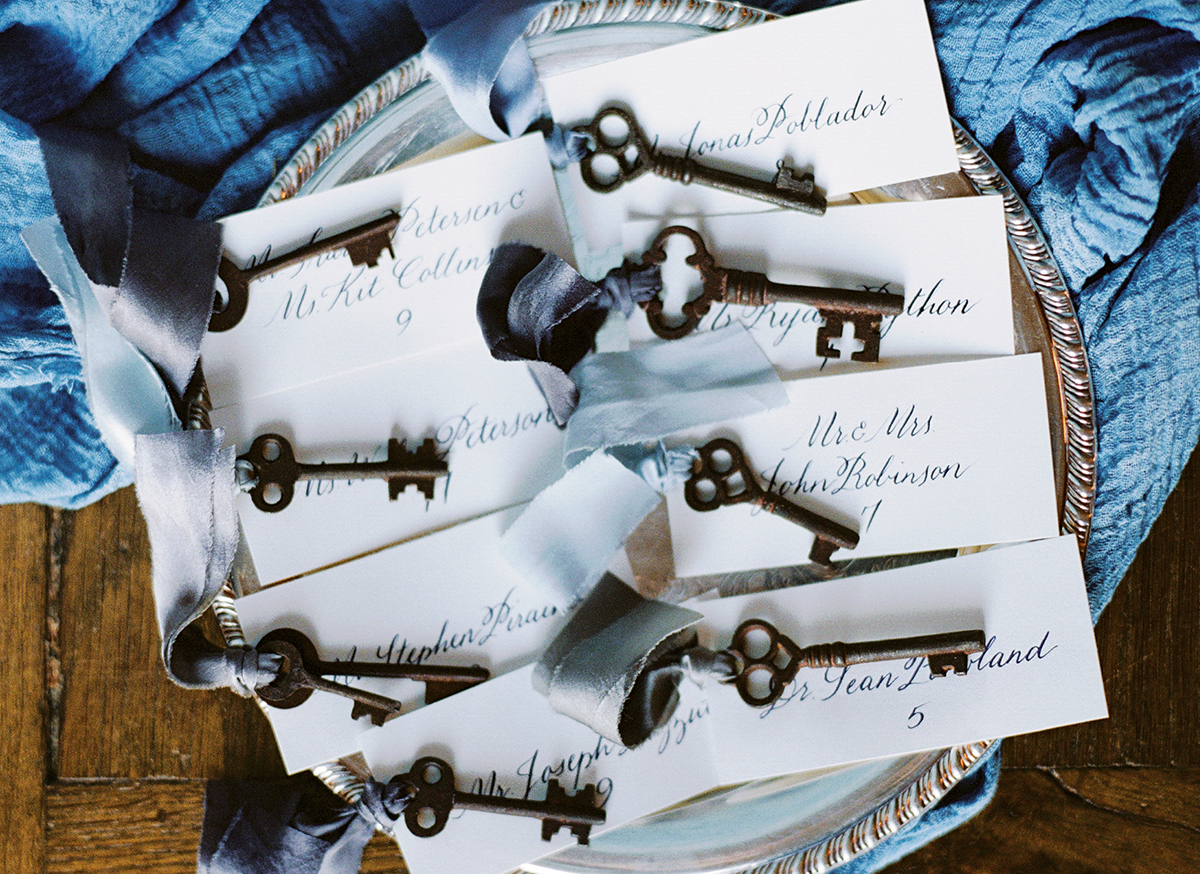 Displayed on silver trays and tied with silk, the vintage skeleton keys on the escort-card table were inspired by a display of keys in the estate’s former butler’s quarters. 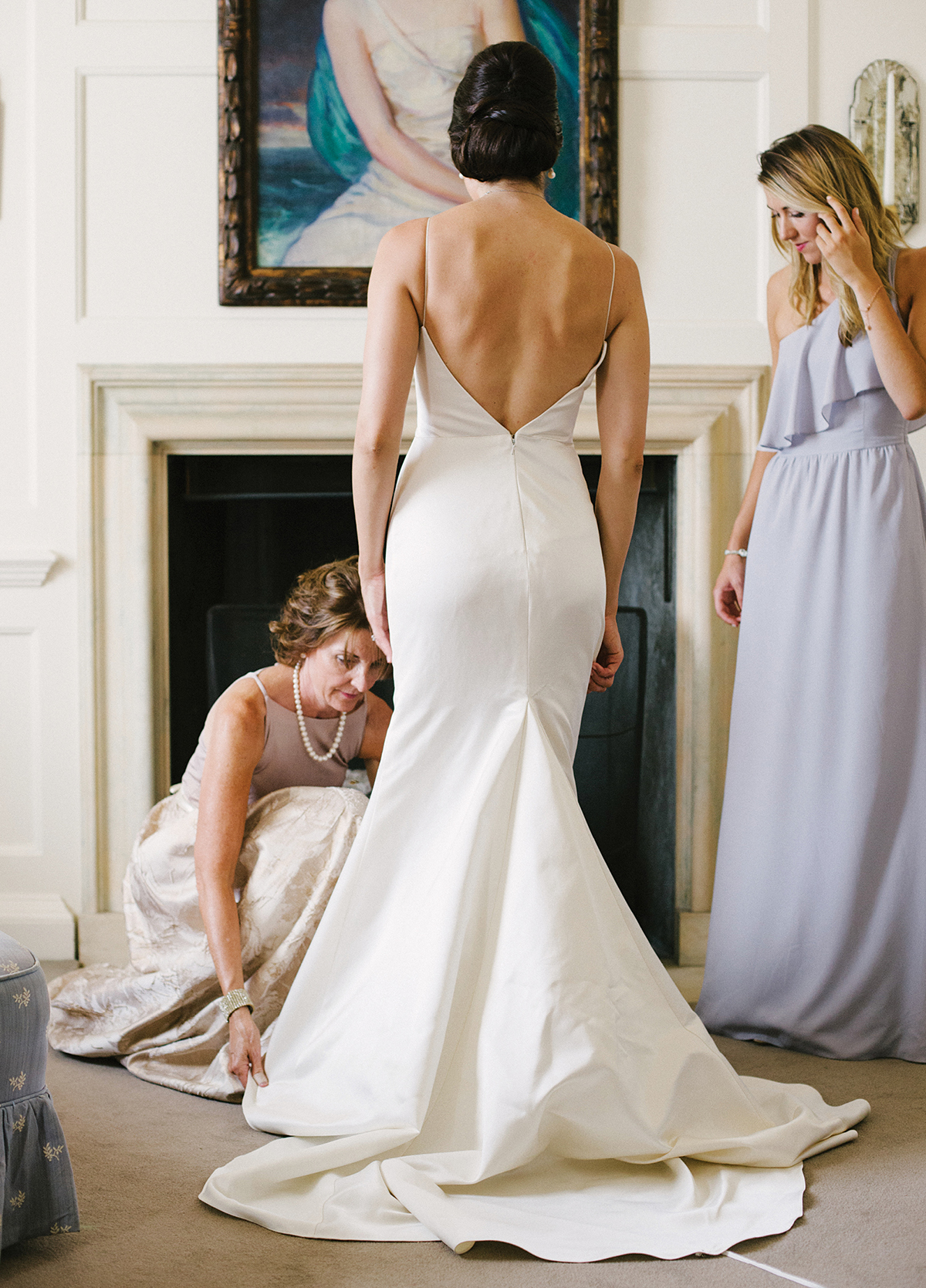 Elizabeth’s mom, Mary, helped the bride with her dress as her sister and maid of honor, Rachael, looked on.