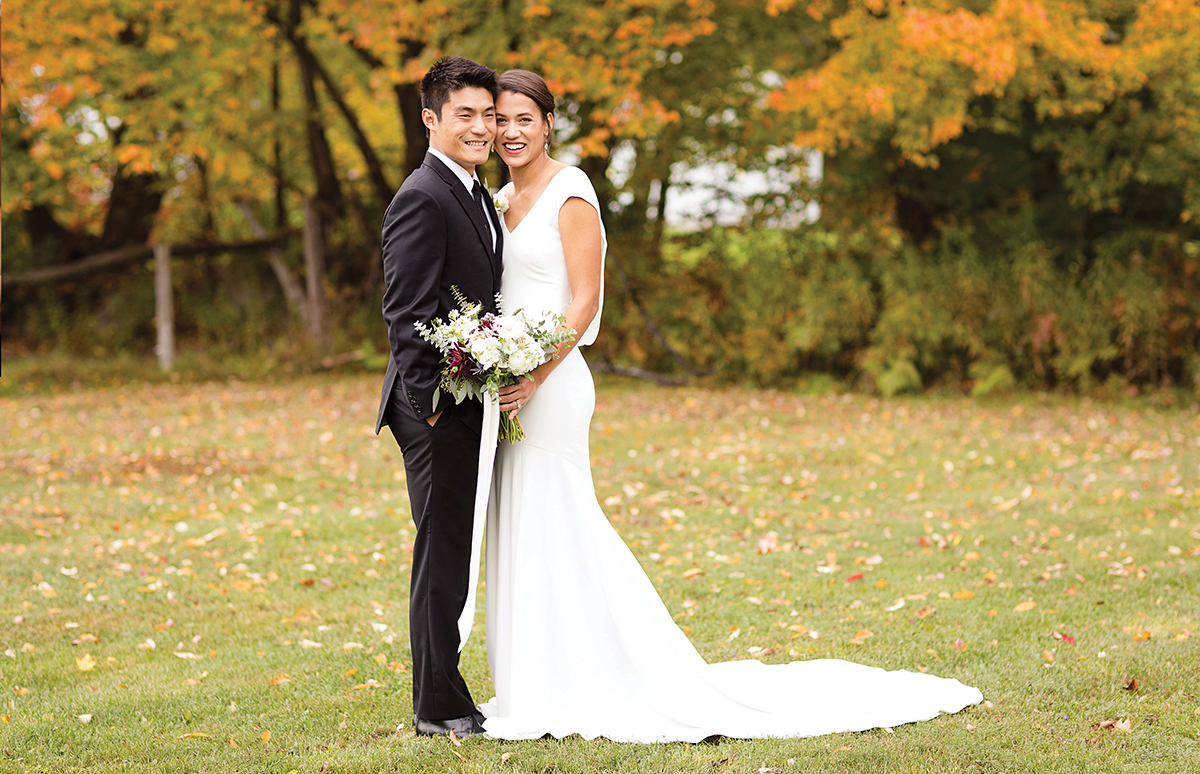 “I wanted a dress with clean lines that was modern and minimalistic,” Danny says of her scoop-back Theia gown. / Photograph by Kelsey Regan Photography

Williams College freshman Danny Rainer knew right away that sophomore James Wang was her perfect match—it was just a matter of convincing him. Both 6-foot-tall basketball players, the two rode the bus to away games together and practiced back-to-back at the school gym. “It was a combination of his Australian accent and muscles that caught my eye,” she says. Not to mention, he was also an “amazing point guard.”

One night at a campus party, Danny came clean, telling James she thought he was cute. He wasn’t sure how to respond: “That’d never happened to me before,” James admits. Within weeks, though, the two were inseparable. Their relationship remained strong even as James headed off to China to play professional basketball. He was supposed to be there a year, which turned into five. Meanwhile, Danny graduated and took a job in New York City.

In December 2014, James returned stateside for the holidays with a watch box for Danny, who wanted a Raymond Weil timepiece for Christmas. Her eyes widened when she opened it and found a ring instead. “Got you!” James said with a laugh. Then he got down on one knee and proposed. Her first question (after she said yes): “So where’s the watch?”

For their wedding day (planned from China, where they were both living at the time), the couple simply wanted a big party with good food, drinks, and music. The ceremony, held amid exposed bricks at Mass MoCA, was “simple, beautiful, and intimate,” Danny says. The whole evening “exceeded our wildest dreams.” One might even call it a slam dunk. 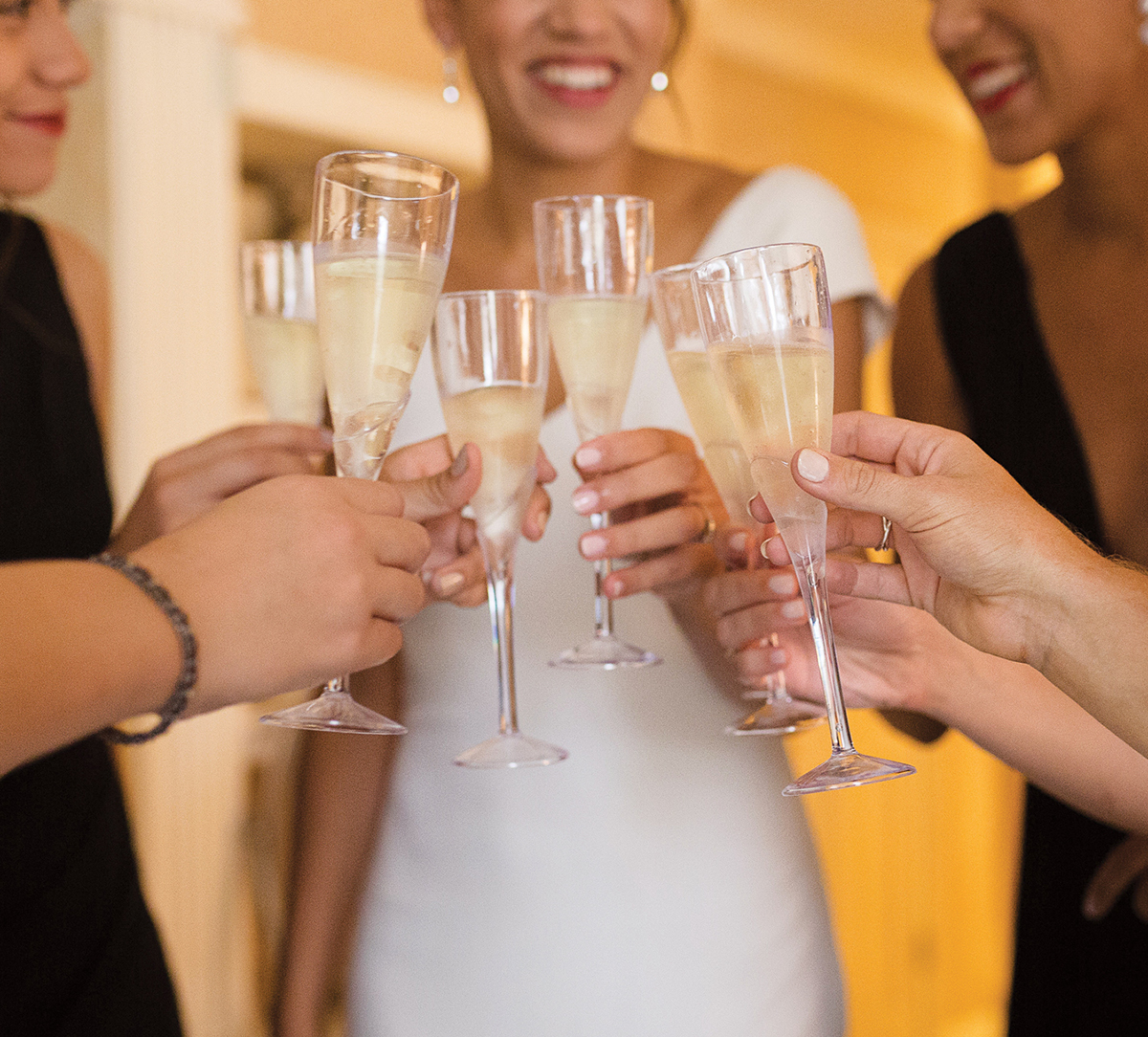 The bridal party toasted to the rain holding off for the wedding. 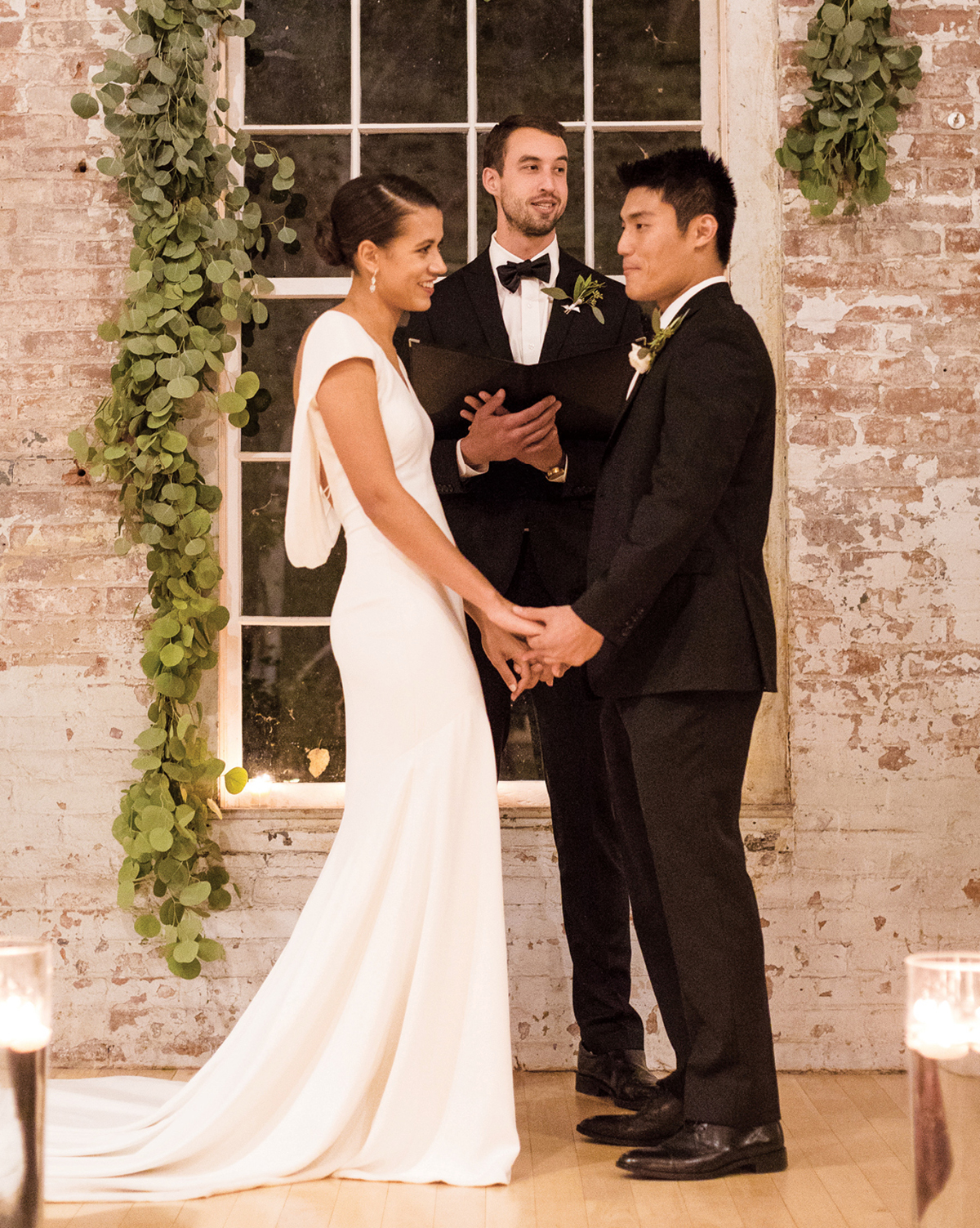 Longtime friend Ethan Timmins-Schiffman, who takes credit for introducing the couple, officiated the “short and sweet” ceremony, as Danny describes it. 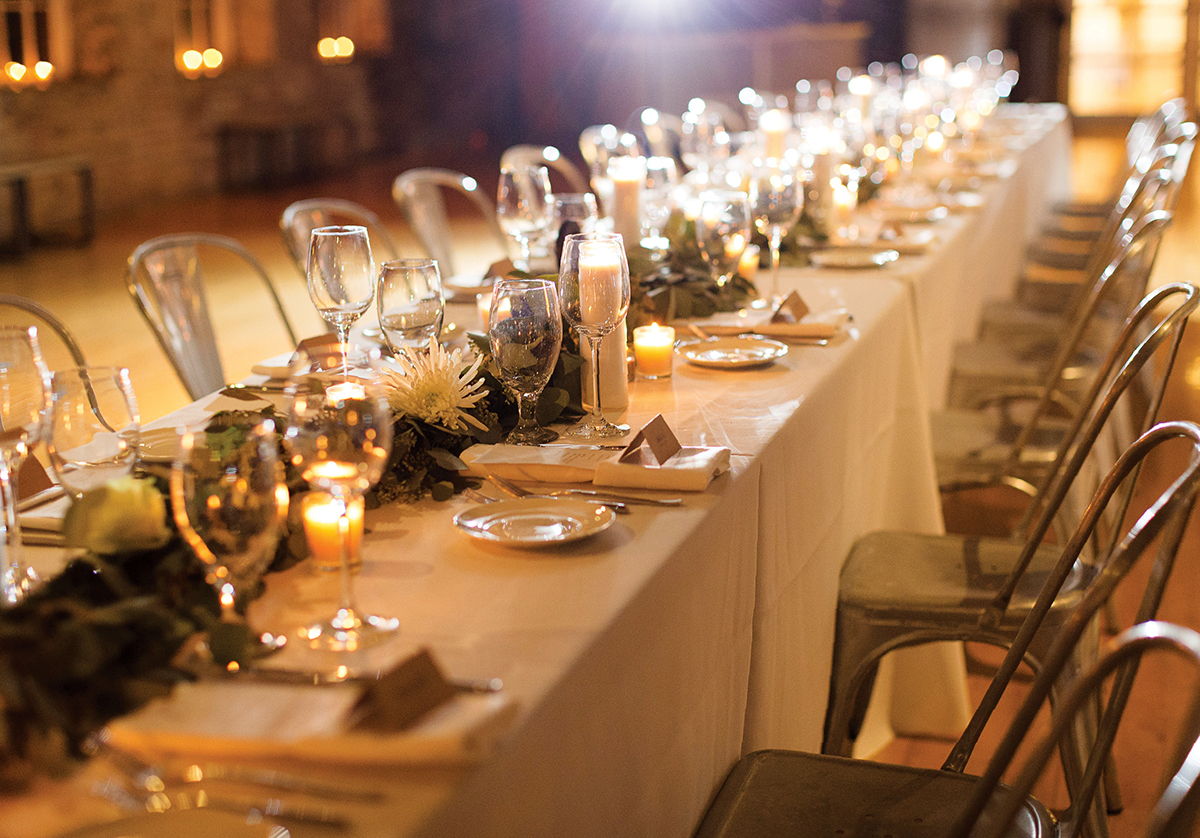 The couple loved the look of long tables, which were decorated with lots of greenery and candles to make the space more romantic. 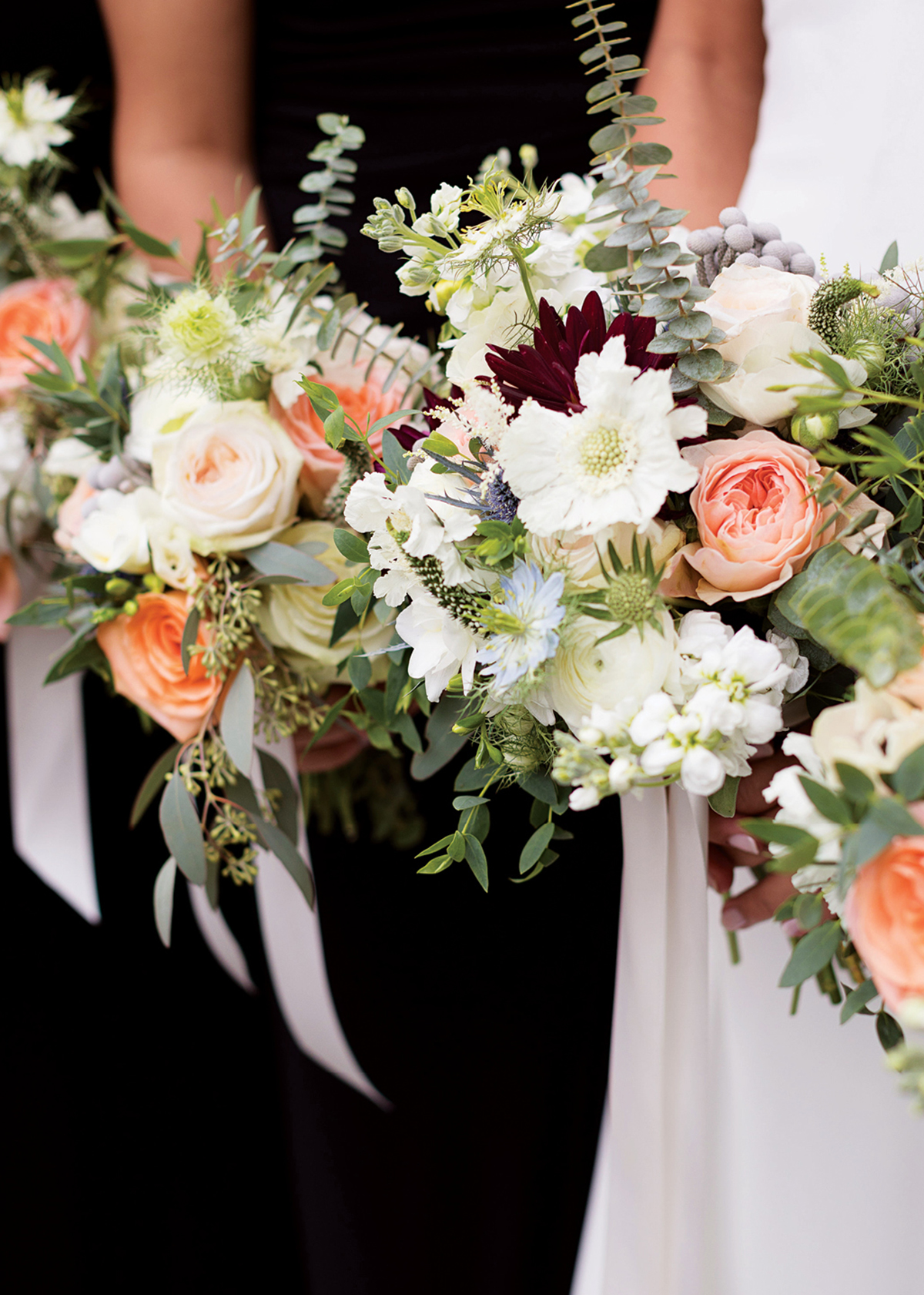 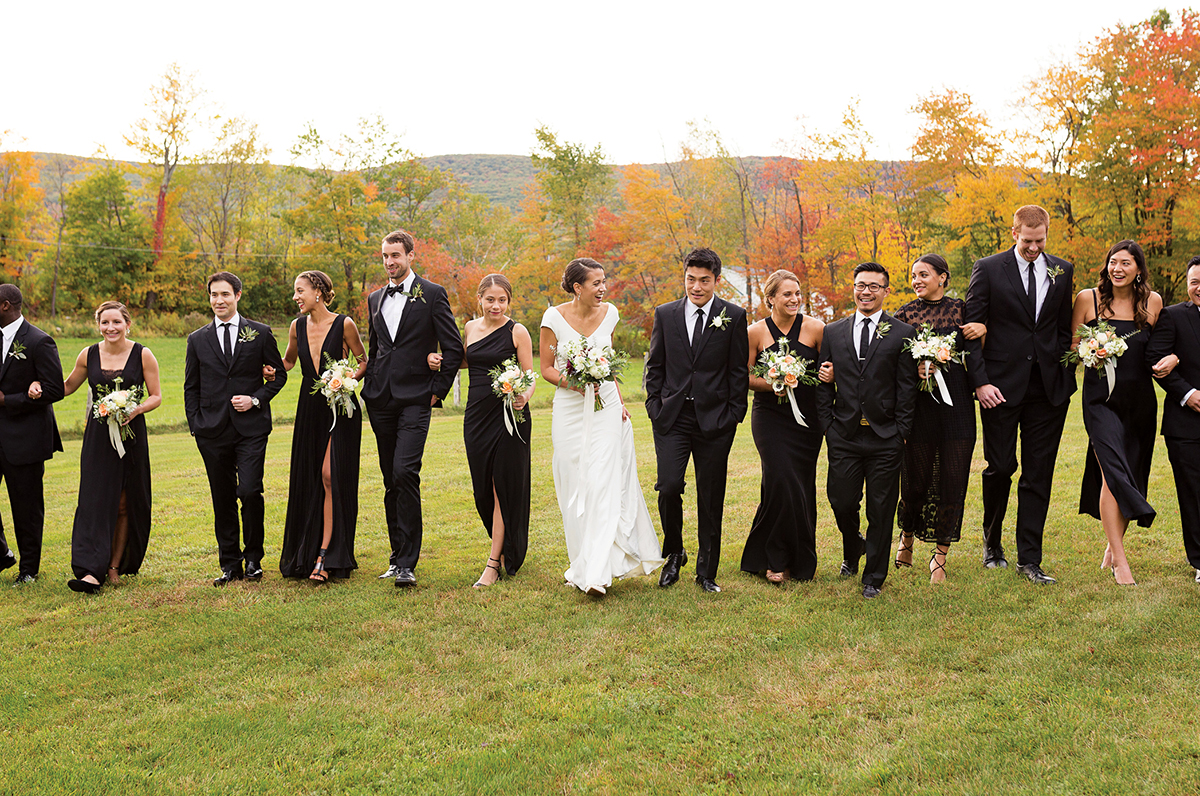 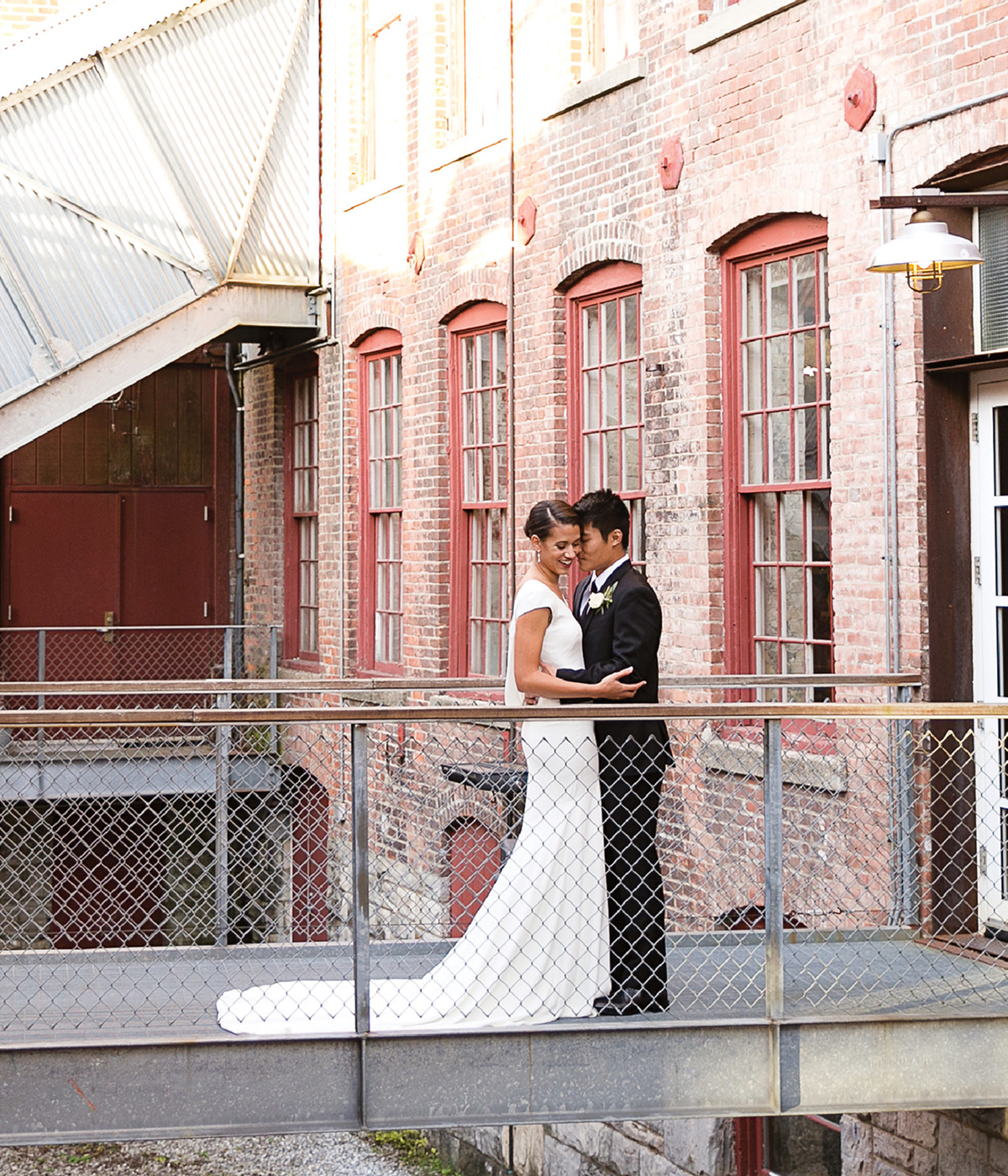 Housed in a 19th-century mill building, Mass MoCA embodied the industrial-minimalist vibe the couple was looking for. 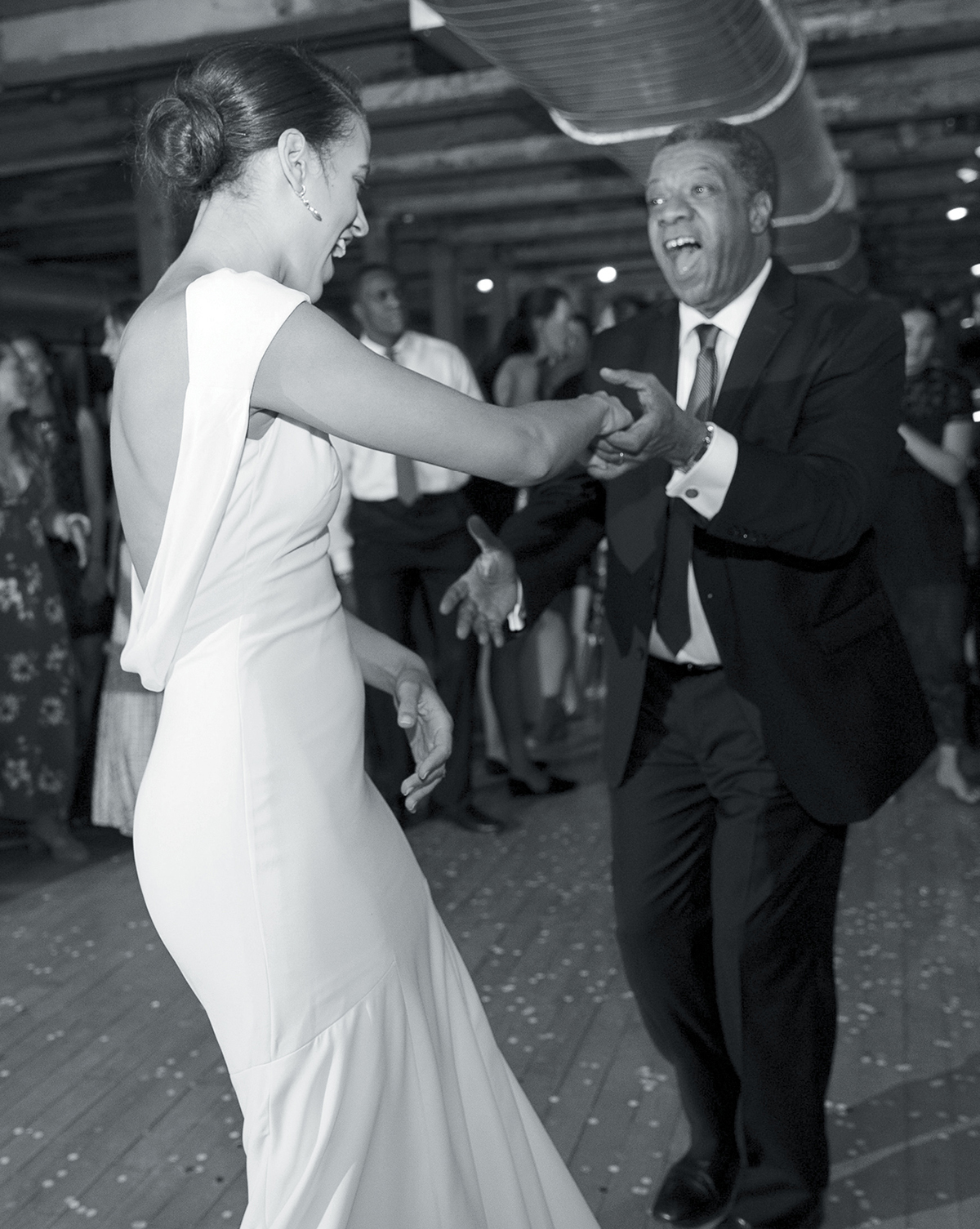 Danny’s father chose Stevie Wonder’s “Isn’t She Lovely” for their dance together. 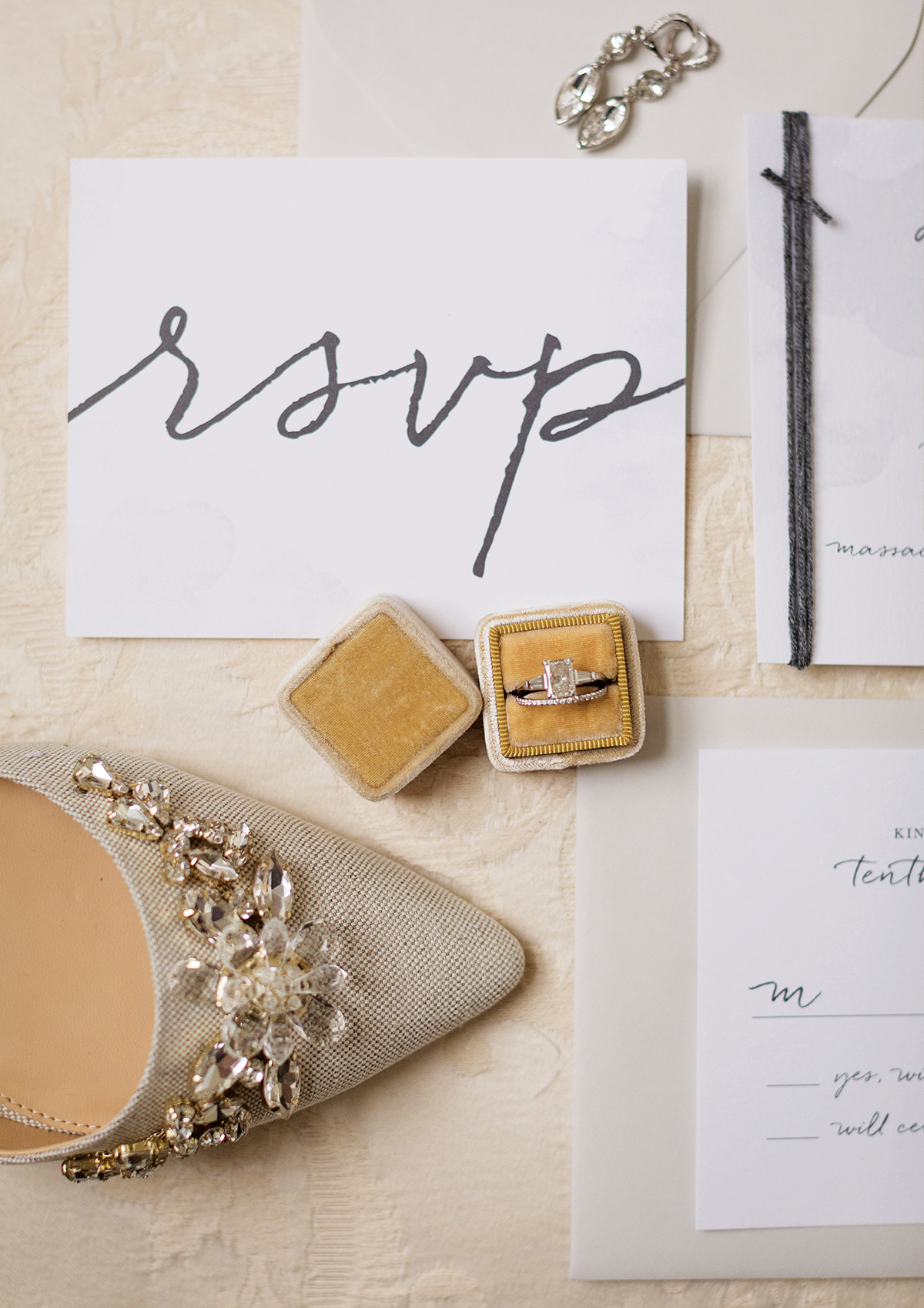 A closeup shows Danny’s earrings, rings, stationery, and shoes. “Since I am so tall, I chose to wear flats on my wedding day,” she says.