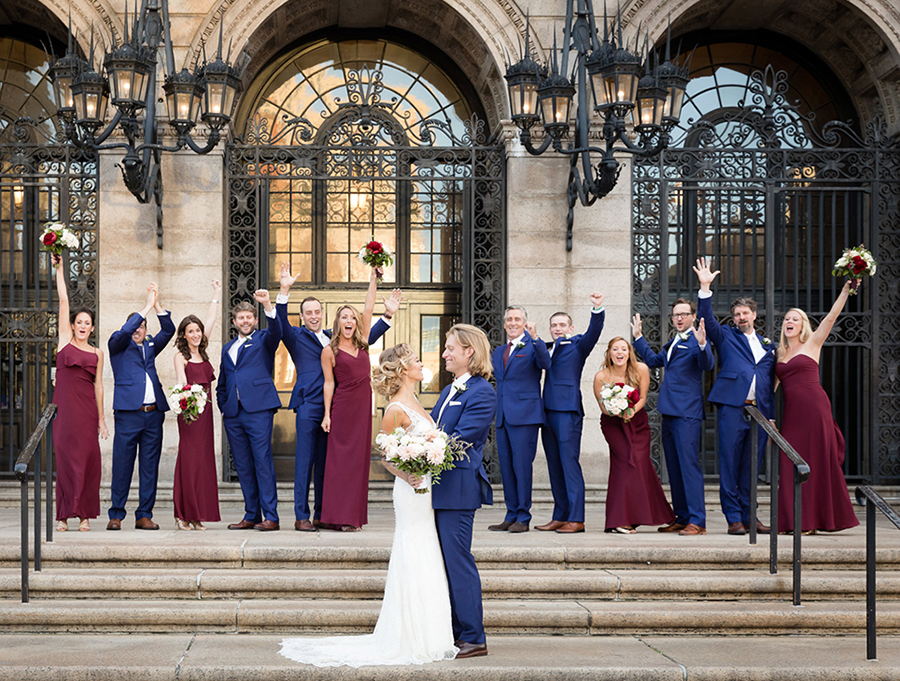 The couple shared a moment with their bridal party on the steps of the Boston Public Library. / Hancer Photography

Jenny Johnson vividly recalls the first time she laid eyes on Rob Cocuzzo. The couple met in October 2011 when Rob, a journalist, interviewed the local TV personality at an event she was emceeing on Nantucket. “When I’m in the mindset of hosting, it’s hard to divert my attention because my sole focus is on embracing and drawing in the crowd,” says Jenny, who currently costars on NESN’s Dining Playbook. “But I very much remember when Rob entered the tent, so much so that I can picture the hat that he was wearing.”

Clearly, the Massachusetts native made an impression on Rob, too. He asked a mutual friend for Jenny’s number and, by next October, the two were dating. After a few years of courtship, Rob—now the editor of Nantucket magazine—made a bold move: With a handwritten note, he invited Jenny on a surprise trip to Iceland. It was there, as the pair hiked one of the country’s highest peaks, that Rob popped the question.

For their wedding four months later, the couple planned an elegant celebration at the Boston Public Library, a venue with deep significance for Rob, who wrote part of his first book there. After exchanging original vows in the courtyard, the newlyweds joined friends and family for a cocktail-style reception in the Guastavino Room, where they shared one of their favorite moments of the night: singing Justin Timberlake’s “Can’t Stop the Feeling” in unison with their guests. “We were connecting with these people that we love, admire, and cherish,” Jenny says. “It was magical.” 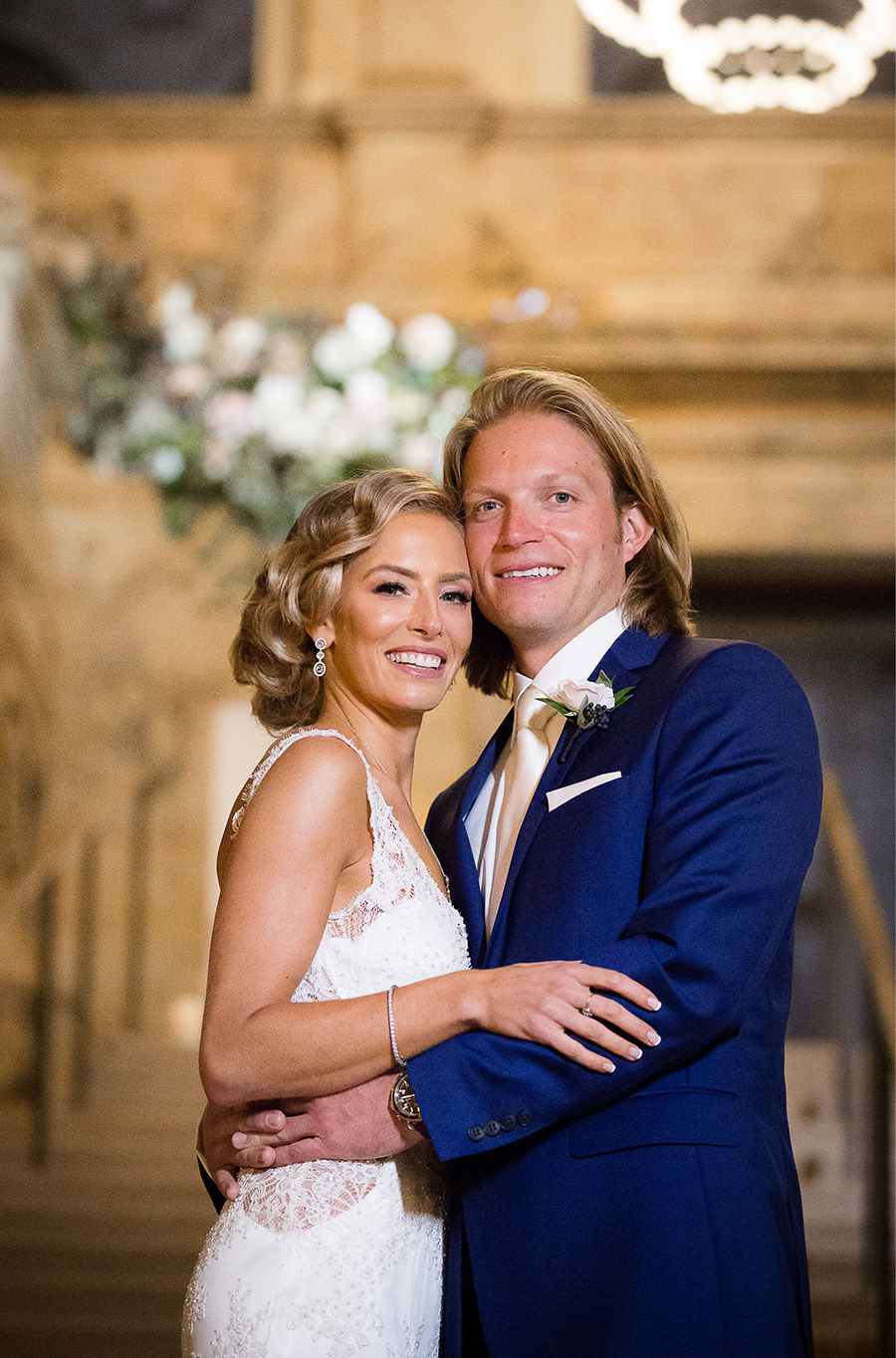 Jenny wore a custom gown by designer Michael DePaulo, a Braintree native. “What he created transformed our ideas and made them sing and glitter and glow,” she says. “It was glamorous but had elegant sophistication that fit me and the space.” 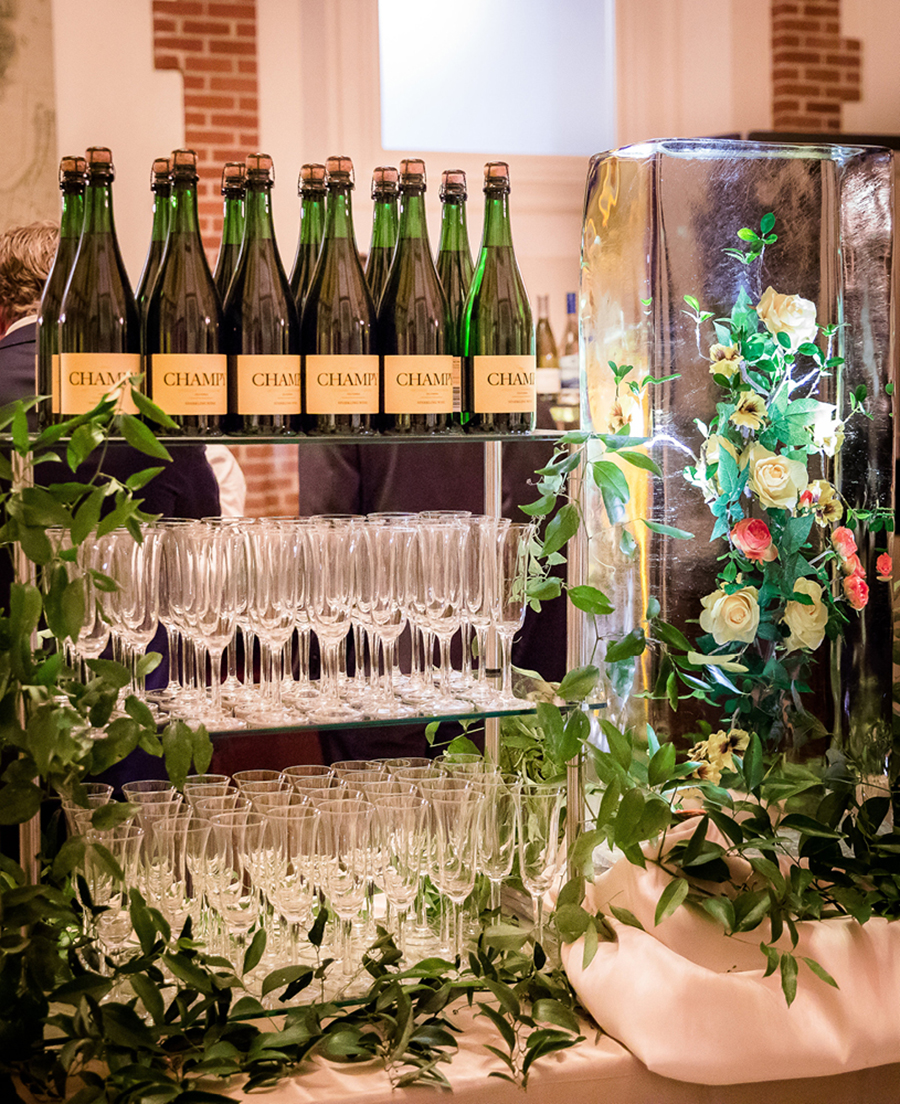 Floral designer Andrea Halliday, of Table & Tulip, teamed up with Brookline Ice Co. to create a custom ice sculpture that showcased bottles of Champy, Jenny’s own line of sparkling wine. 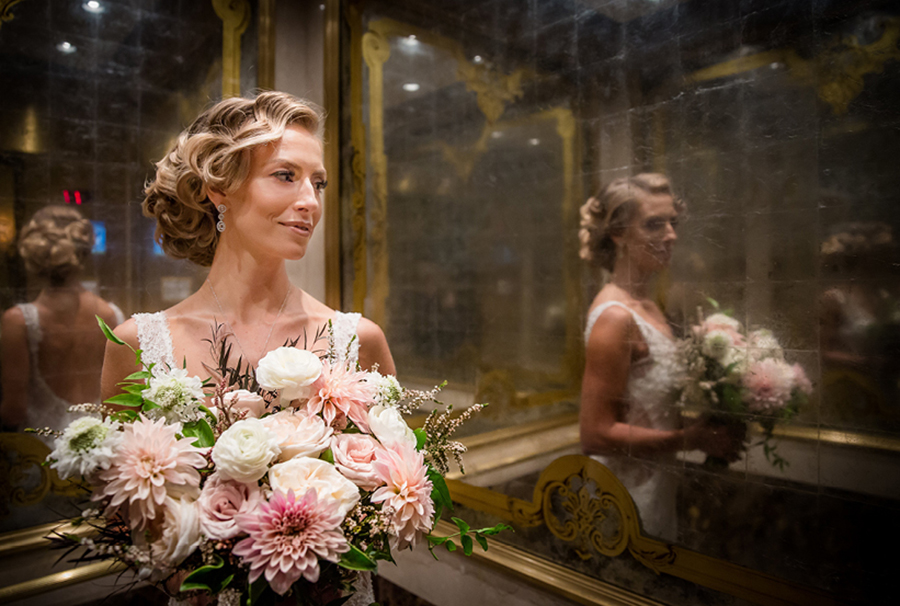 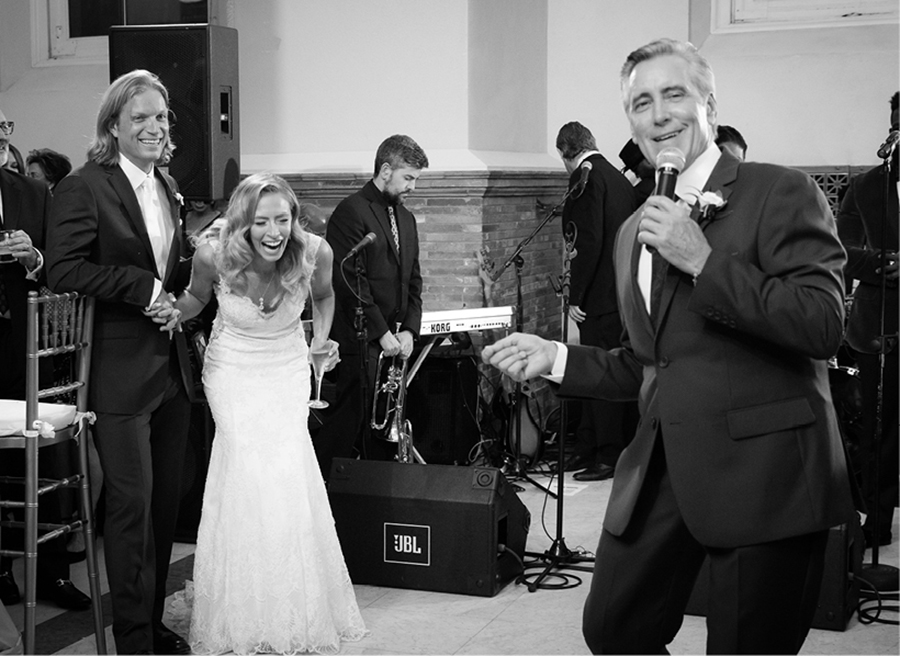 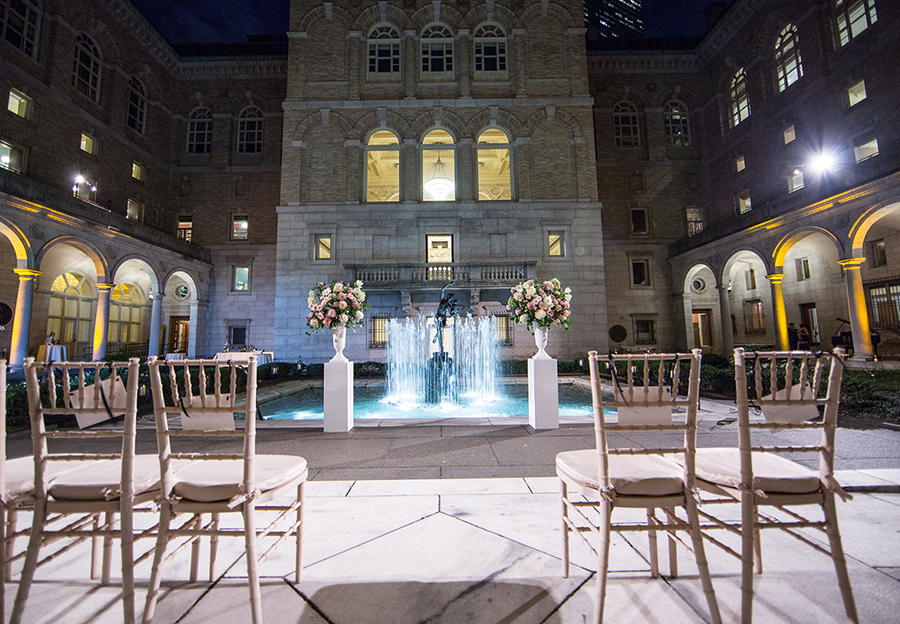 “What a spectacular place that is,” says Jenny of the courtyard where she and Rob tied the knot. “It’s so grand, so elegant, so historic, and yet so comfortable, in a way.” 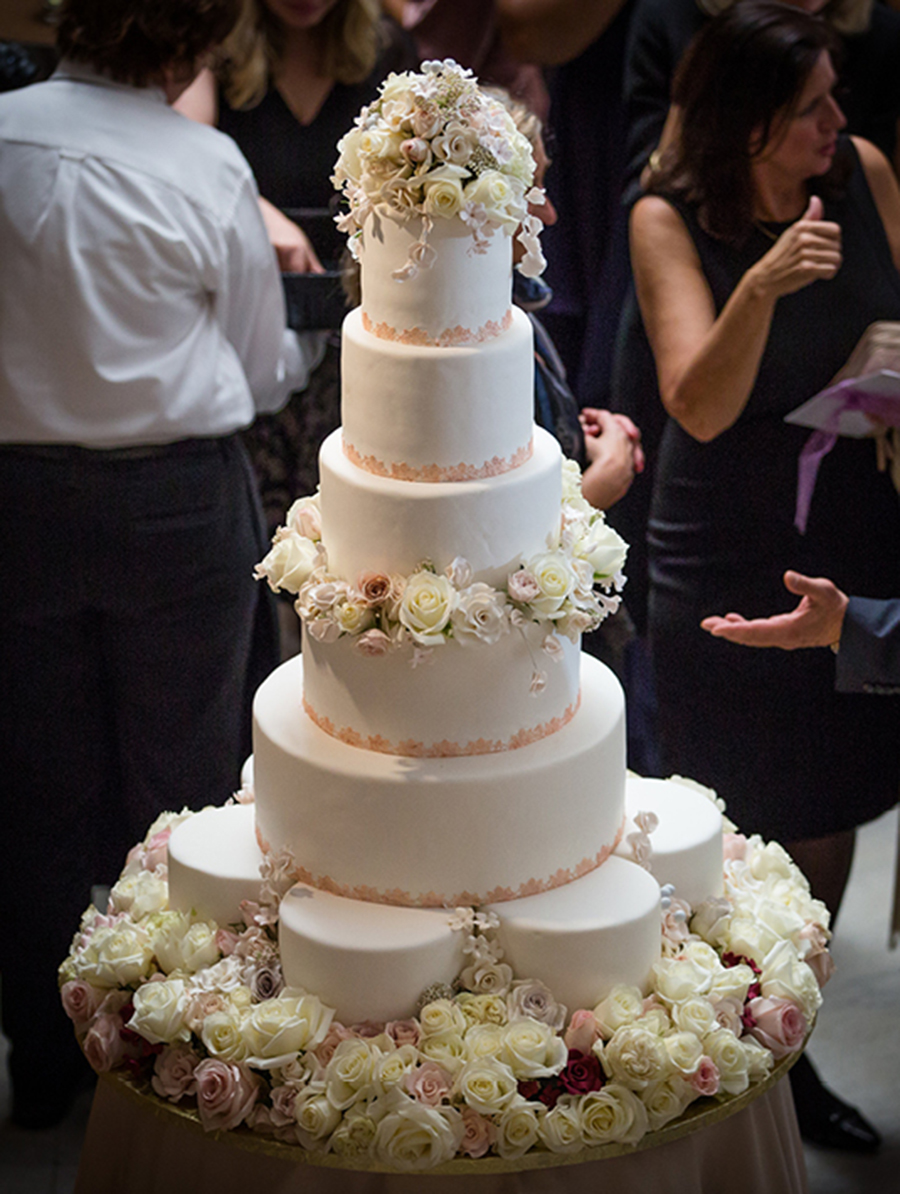 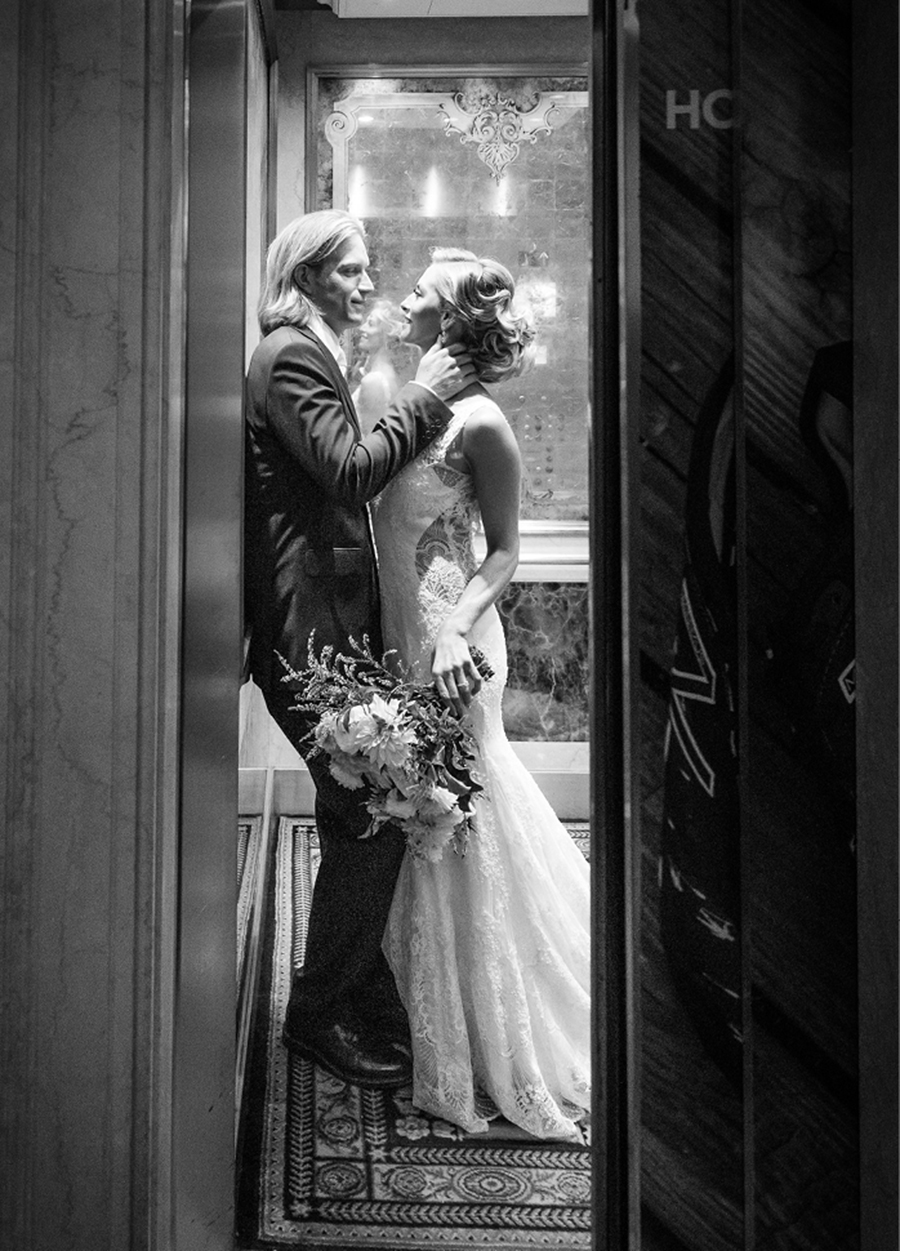 Rob and Jenny shared their first date at Met Back Bay, just a couple of blocks from where they’d eventually marry.