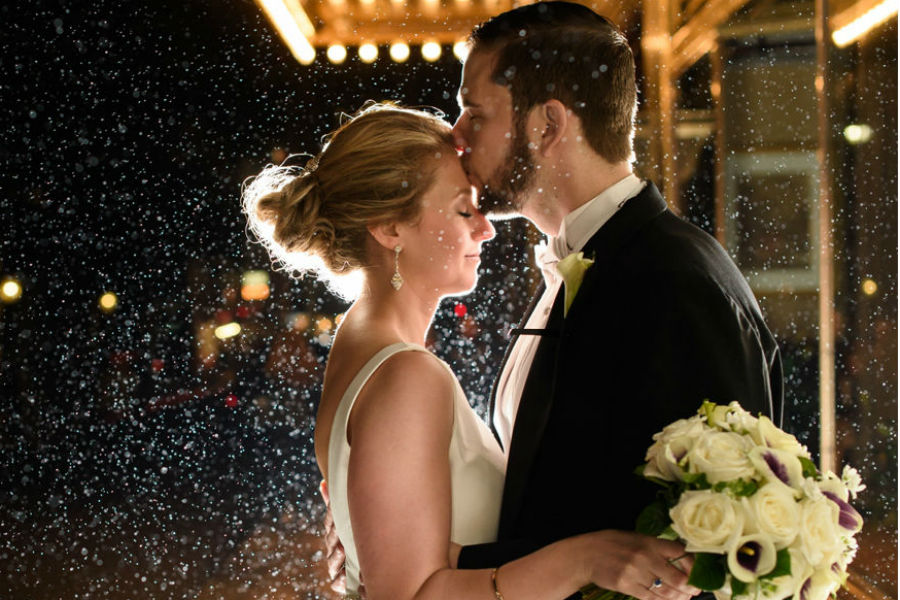 During their junior year at Vanderbilt, Margaret Isaac Durlacher overheard Eppa Rixey V discussing a summer business program that he had just completed. Interested, she struck up a conversation about the program to learn more. The two continued getting to know each other during a lunch date, but it wasn’t until Eppa invited Maggie to a party—where they discovered their mutual love for dancing—that they really connected. “That was part of the reason Maggie hung around with me at the party for so long,” Eppa says.

After college, the couple moved to San Francisco so Eppa could work as a strategic planner at the Lagunitas Brewing Company.  With the West Coast as their home base, Eppa was able to surprise Maggie with a weekend getaway to Yosemite National Park. “I told her I wanted to go see a winter unique phenomenon called Frazil Ice,” Eppa says. At the overlook between Upper and Lower Yosemite Falls, Eppa got down on one knee and proposed, “barely able to get the words out for fear of dropping the ring into the abyss,” he says. Luckily, the ring landed safely on Maggie’s finger.

The couple chose to celebrate their nuptials in Boston, just a short drive from where Maggie grew up in Sudbury. After a ceremony at the Arlington Street Church, the newlyweds hosted a black-tie reception at the Omni Parker House, where guests enjoyed the hotel’s famous Boston cream pie. Surrounded by family and friends, the couple danced the night away—just as they had at the party years earlier. “Our first dance was one of my favorite moments of the day,” Eppa says. “There were definitely tears of joy as we finished the dance with a sweeping dip.” 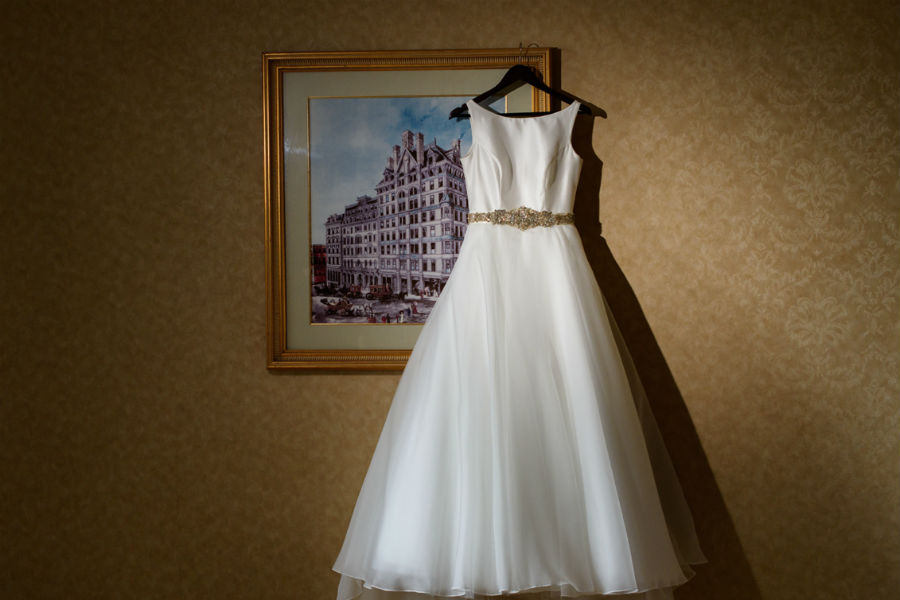 Maggie chose this traditional yet formal Romona Keveža wedding gown for its clean lines and simple design. “She knew we would be dancing a lot during the evening and she wanted a dress that flowed well and could be bustled. This dress also has a long train, which Maggie wanted when she walked down the aisle of the Arlington Street Church,” Eppa says. 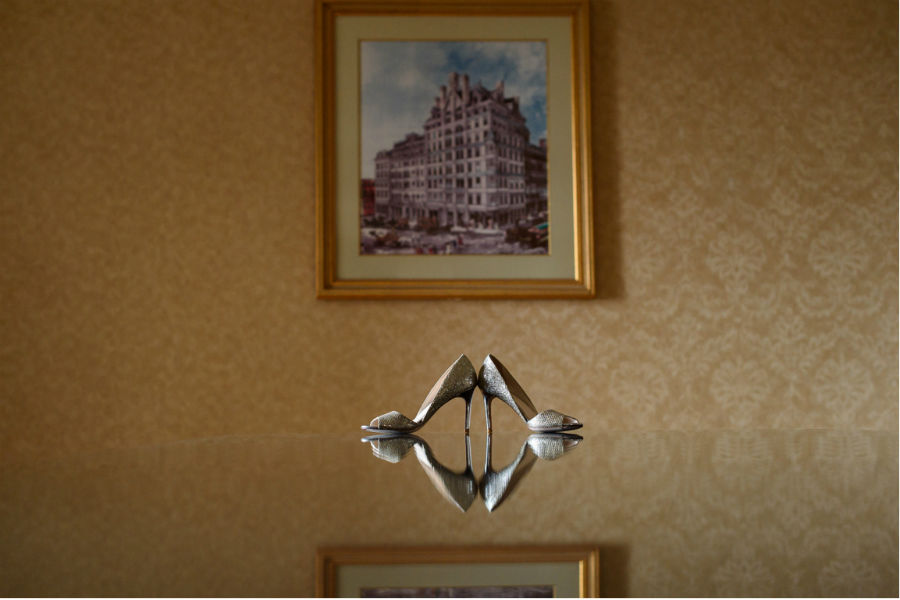 The bride paired her gown with metallic Cole Haan heels. 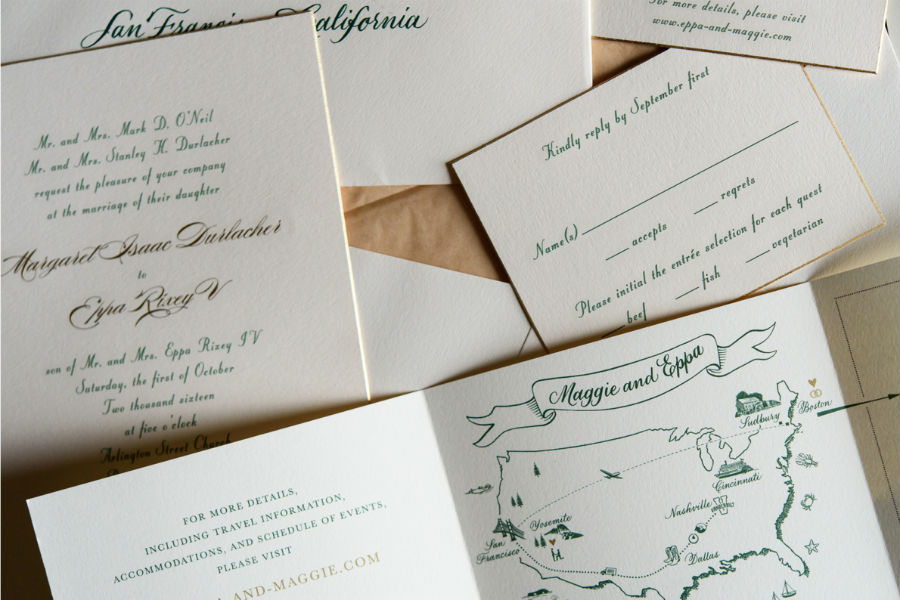 Created by San Francisco-based Union Street Papery, the couple’s stationery suite was inspired by their travels together. “We wanted to create a map of our relationship journey, and a travel guide to help lure people to make the trip for our wedding,” Eppa says. 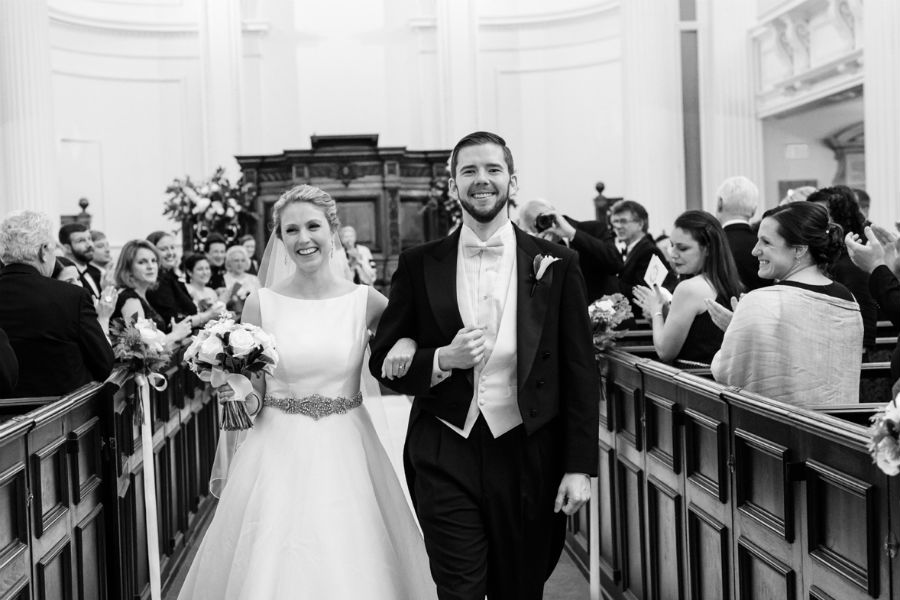 “We both loved Arlington Street Church, and were truly blessed to have Reverend Kim Crawford Harvie officiate,” Eppa says. “It was a simple but inspiring ceremony that was over way too quickly.” 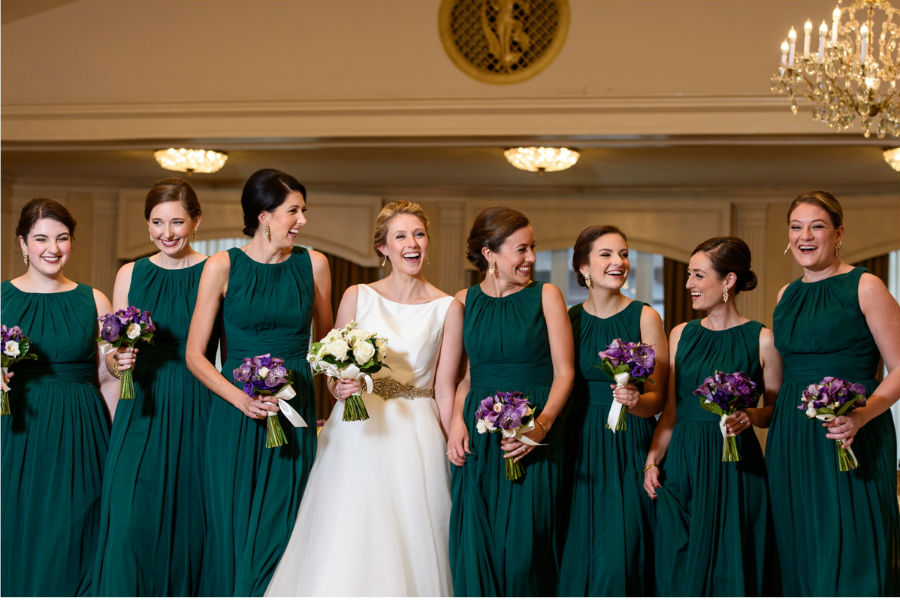 Maggie selected the green Dessy Group bridesmaid dresses and purple flowers with the help of Pantone, which teamed up with the bridal brand on a swatch deck to help brides pick their wedding colors. 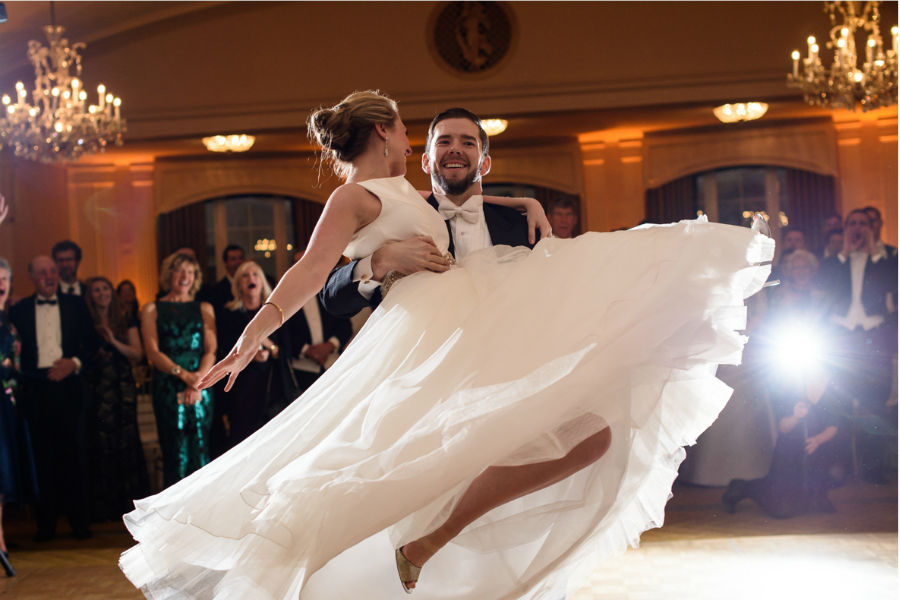 “We decided to go big and do a full waltz,” Eppa says of the couple’s first dance. “We spent hours and hours practicing and we were both thrilled to have successfully completed it.” 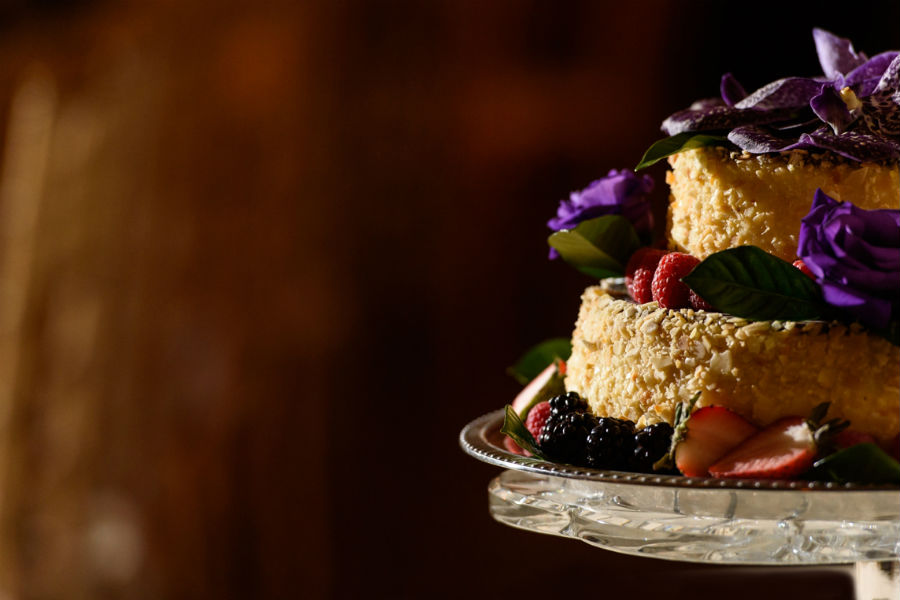 “We wanted a legit Boston cream pie for our wedding cake, and who better to make it than the originator of the quintessentially Boston dessert,” Eppa says. 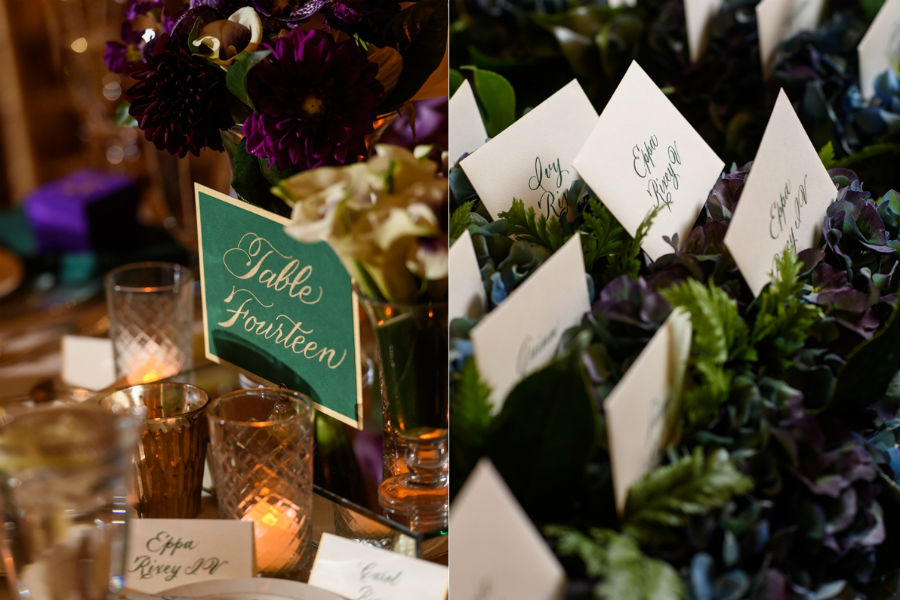 Winston Flowers combined deep purple “Picasso” calla lilies with greenery to complement the jewel tones and metallics of the tabletops and accessories.