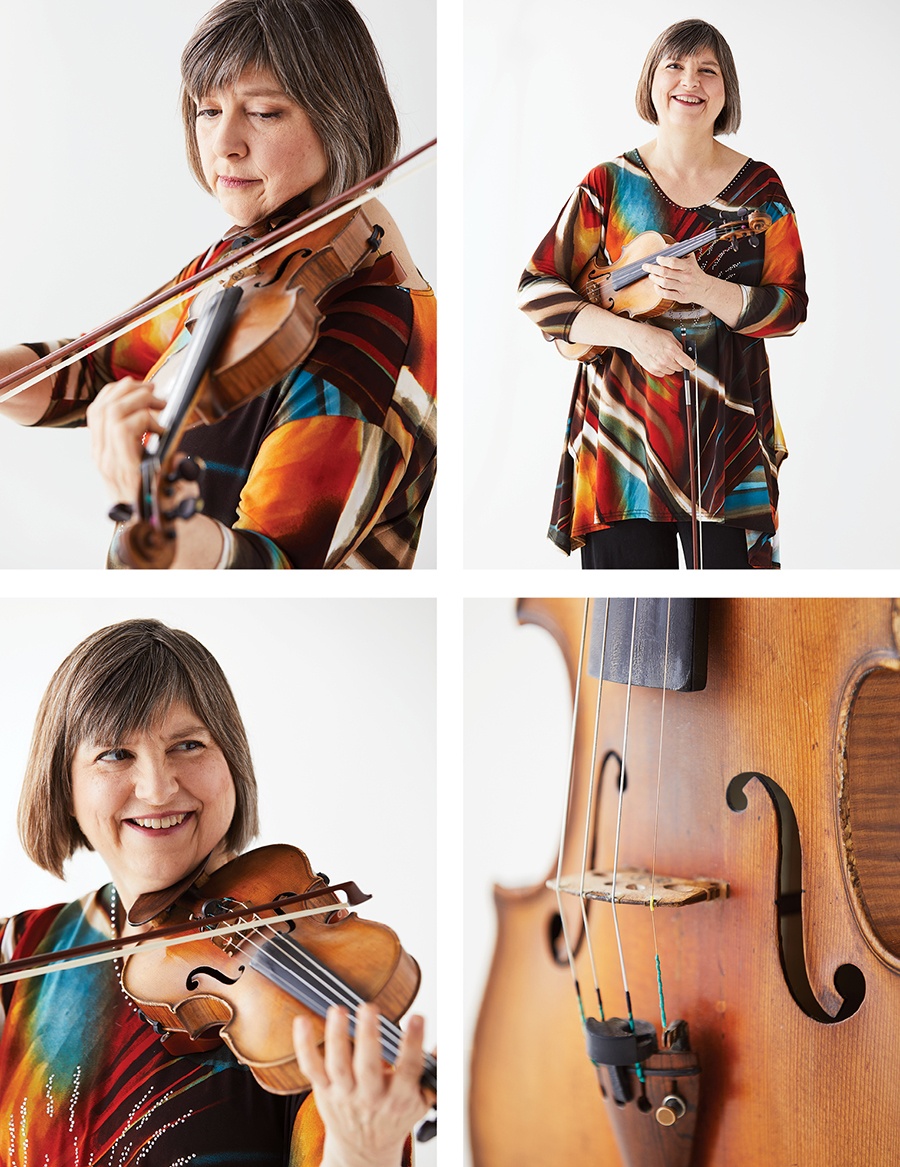 Photograph by Pat Piasecki. Hair and makeup by Julie Silva.

Violinist Beth Welty can play just about anything at a wedding—and, according to her, she has. Now the head of Intermezzo Players, Welty and her 25-plus roster of traveling string musicians head to venues all over New England to provide the perfect soundtrack to your day—no matter if it’s Bach or the Smashing Pumpkins. “We’re classically trained, but we also play a ton of pop music,” Welty says. “If we can find an arrangement, we’ll do it!”

Originally from Cleveland, Welty majored in violin performance at Indiana University in Bloomington before moving to Boston more than 30 years ago. Although she’s an equally active member of the city’s orchestra scene, Welty says there’s nothing quite as rewarding as playing a part in a wedding celebration. “You just feel like you’re adding something special to someone’s [big] day,” she says. “I love doing this.”

How did you get involved with Intermezzo?

It sort of sprung up organically. There’s a whole community of musicians in Boston, and we all know each other pretty well. The founder of Intermezzo called me up back in 2000 and asked me to start playing weddings, and we just worked really well together. She built up this incredible business, and when she was finally ready to retire, I bought it from her.

What kinds of performers do you have?

Intermezzo offers everything: soloists, duets, trios, and even singers—but a classic formation is a quartet, which is two violins, a viola, and a cello. With all of our groups, we want to create a serene environment before the wedding.

What should a couple consider when picking a string group?

First, you should think about your crowd size. If you want us to play at your cocktail hour and you hire a violin-and-cello duo for 200 guests, it’s going to be hard to hear us. And string groups are pretty portable, but they cannot be outside when there’s inclement weather, because rain will destroy the instruments. Direct sunlight isn’t good for the instruments, either, because it can melt varnish. So if you’re going to do an outdoor wedding, you need to have a plan B for rain and find a venue that has shade available for the players.

When should a couple reach out to hire you?

Try to get hold of us six months ahead of your wedding so you can reserve your date. I have a pretty sizable roster of players, but I can’t do more than four weddings a weekend and still have the quality control I want. Music-wise, I want a couple’s selections no later than two months prior [to the event]. Even though I have a huge library of music, sometimes I’ve still got to track something down.

How do you coordinate with a couple to make the musical selection?

I have a form I send them via email. In it, I ask them things like “How big is your wedding party?”, “Do you want special music for the mothers and grandmothers when they walk in?”, and “What piece do you want the bride to walk in to?” Sometimes they know exactly what they want, and sometimes they need advice from me. I can provide them as little or as much [guidance] as they need.

What do you think chamber music brings to a wedding that a DJ or a band simply can’t?

I’m a big proponent of live music in general. It’s more compelling to see people actually making music than just hearing it come out of a speaker. And people are fascinated by it—I can’t tell you how many times we’ve had little kids come up and just stare at us while we’re playing. But I think in the wedding ceremony, it’s nice to have a slightly different tone. You wouldn’t hire a glitzy wedding band for the ceremony because it would upstage the couple. You want something a little more contained. The string sound is just more ancient, and it takes you into that space where something sacred is going to happen.

What’s your most commonly requested piece?

Ninety percent of brides want “Canon in D” for the processional. It’s lovely and I’m always happy to play that. Even if they’re not particularly religious, they love stuff like Bach’s “Jesu” and the “Ave Maria.” But then they love the pop stuff, too, like Christina Perri’s “A Thousand Years” and Coldplay or the Rolling Stones. And a lot of the people getting married now grew up on Disney, so they like Disney music at their cocktail hour.

How do you accommodate religious requests?

We have a huge library. I have the full Catholic mass, for instance, which is a very involved thing. We have a huge selection of Jewish music, too—and again, as long as [couples] give me enough lead time, I can usually track down anything.

You’ve been with Intermezzo for a long time. Do any performances stand out as particularly memorable?

I’ve played weddings on boats, I’ve played on golf courses, I’ve played on beaches. I’ve even played in the ruins of a castle—it was someone’s mansion that had totally fallen apart, so there was just a fireplace on a huge wall with beautiful plants everywhere. It was gorgeous. We’re mobile, so we can pretty much go wherever!