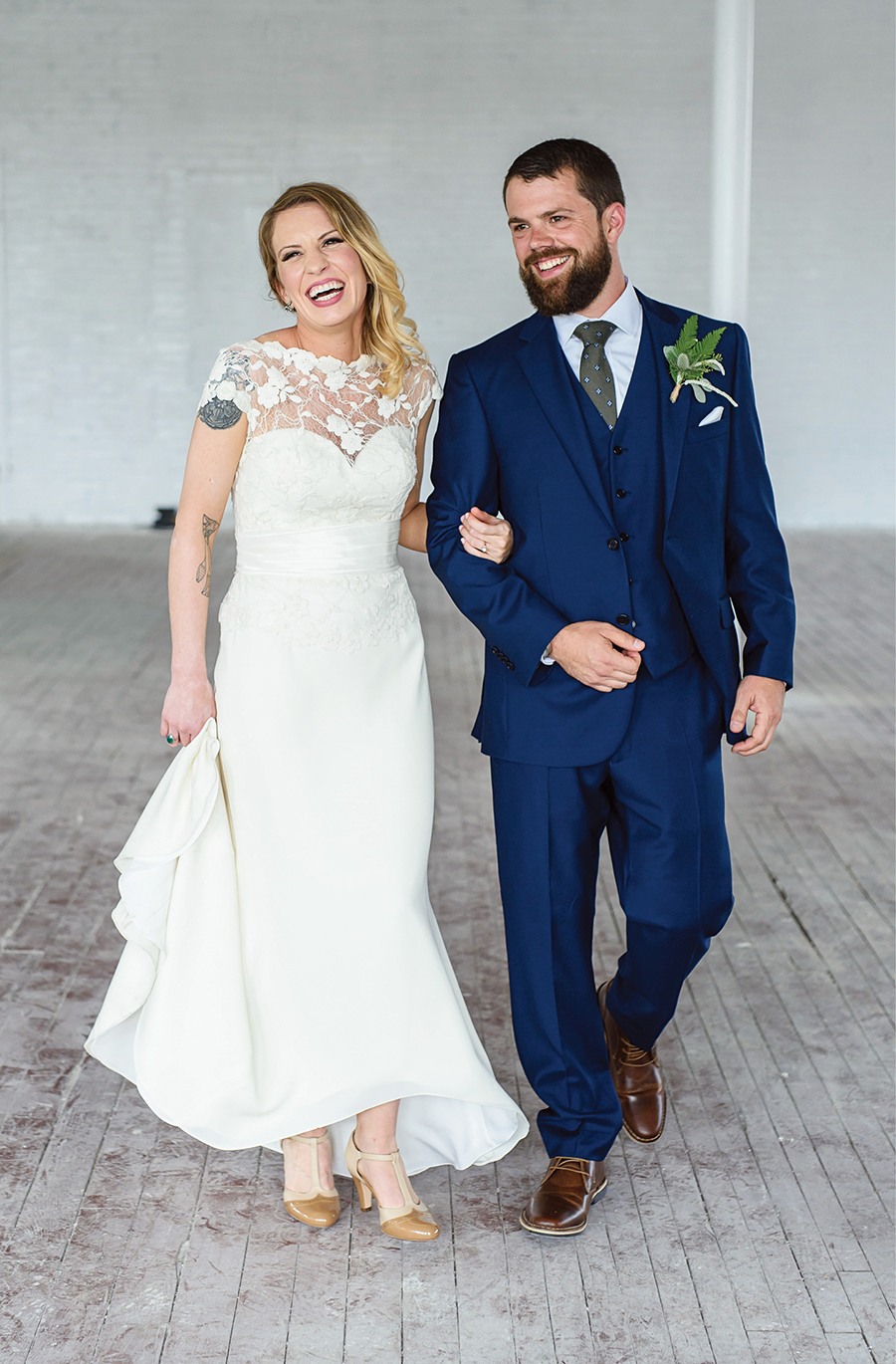 Carrie found her Rosa Clara dress—tailored to create a vintage 1940s look—at the first shop she visited. “The upper lace looked almost crocheted, and I loved it,” she says. / Photograph by Suzanna March Photography

After she met Dave Sachs at a beach house in Little Compton, Rhode Island, in 2011, Carrie Gates drove back to Providence with mutual friends who asked, “So.…what did you think of Dave?” When she said she liked him, one of the women responded, “Yeah, he’s a good guy,” before adding dubiously, “but he wears a headlamp when he grills.” “No way!” Carrie exclaimed with genuine excitement. “My dad just bought me one for Christmas.” She took it as a sign they were meant to be.

Dave, too, felt an immediate connection to Carrie: “She was very beautiful,” he says of the middle school art teacher, but more importantly, she had “a sense of adventure and creativity.”

Six years later, the couple’s wedding at the White Room at Crompton Collective, in Worcester, truly showcased their unique personalities. While there were traditional aspects, such as the couple’s first dance together, “I wanted to make sure there were little things that would throw people off—something funny or a little different,” Carrie says. For example, she opted for a Rosa Clara dress with a shorter hem expressly to show off her two-tone, T-strap heels, which she’d chosen for a vintage 1940s look. And as for the dinosaur-themed accessories? “[Dinosaurs] are my obsession,” the bride says earnestly. Most of the other decorative elements—including artwork, throw pillows, and Carrie’s treasured skull collection—came from the couple’s home. The whole wedding was so “us,” Carrie declares. “It was perfect.” 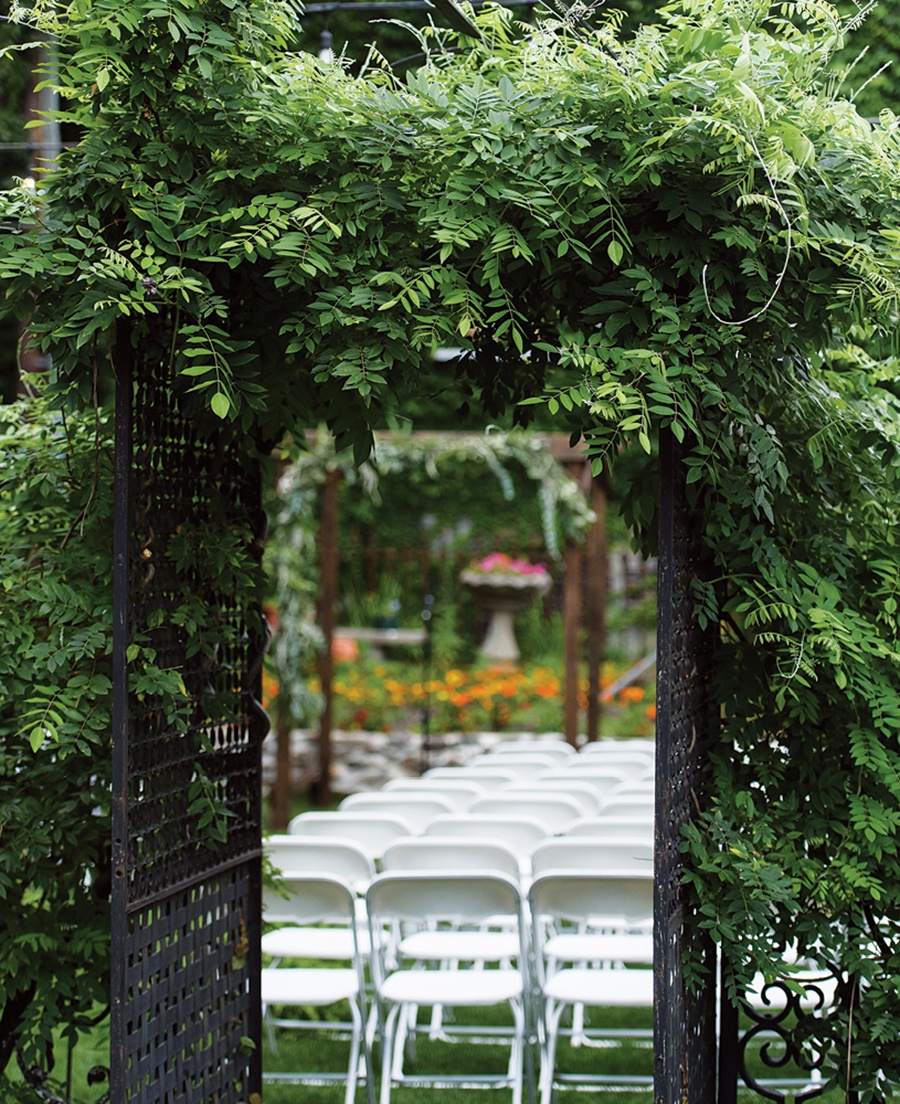 An old mill building covered with ivy served as the backdrop for the outdoor ceremony. 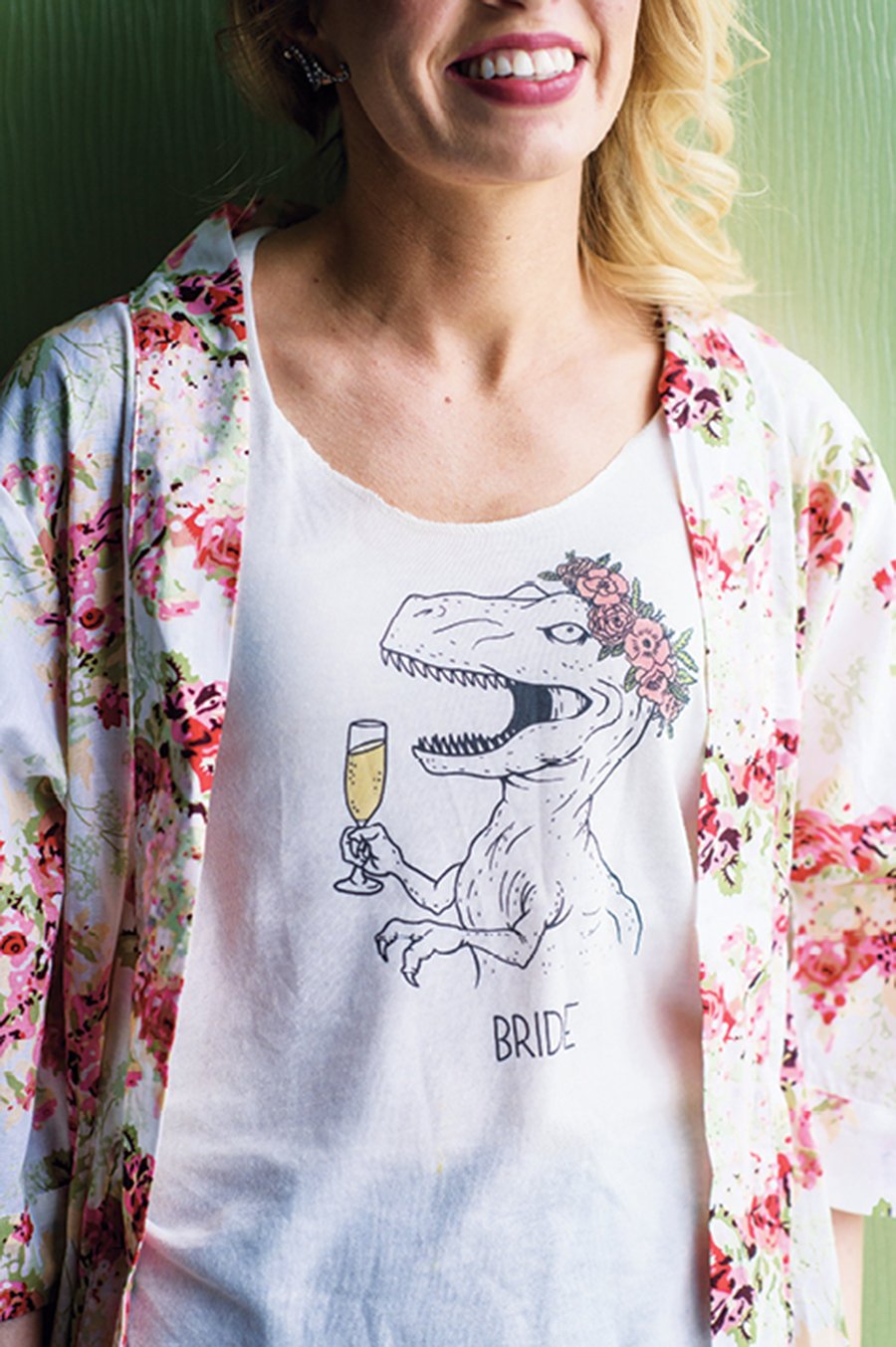 Carrie wore a dinosaur tank top from weddingchicks.com while prepping with her mother and sister. 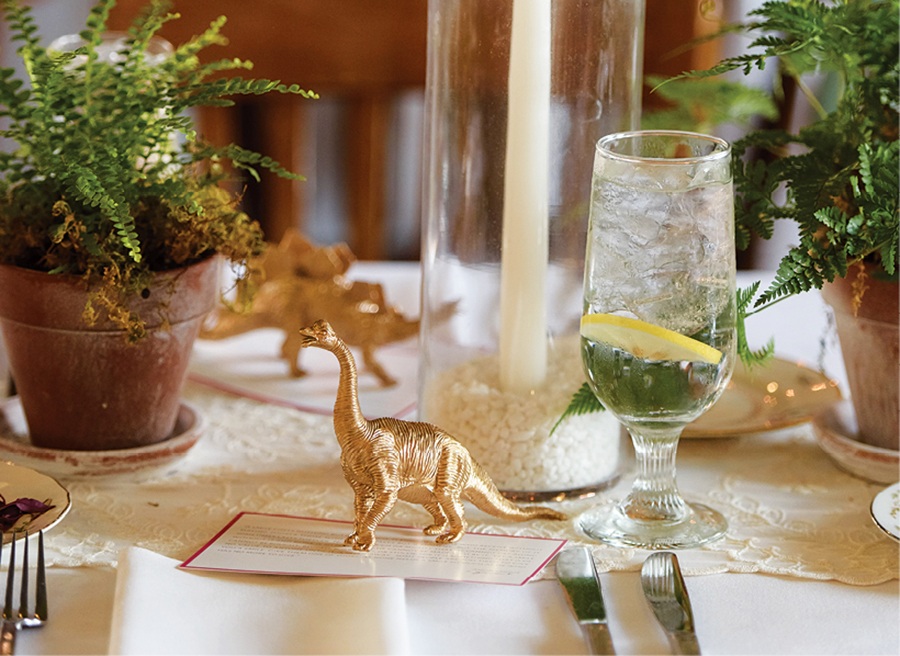 “I always knew I was going to have gold dinosaurs as party favors at my wedding,” Carrie says. 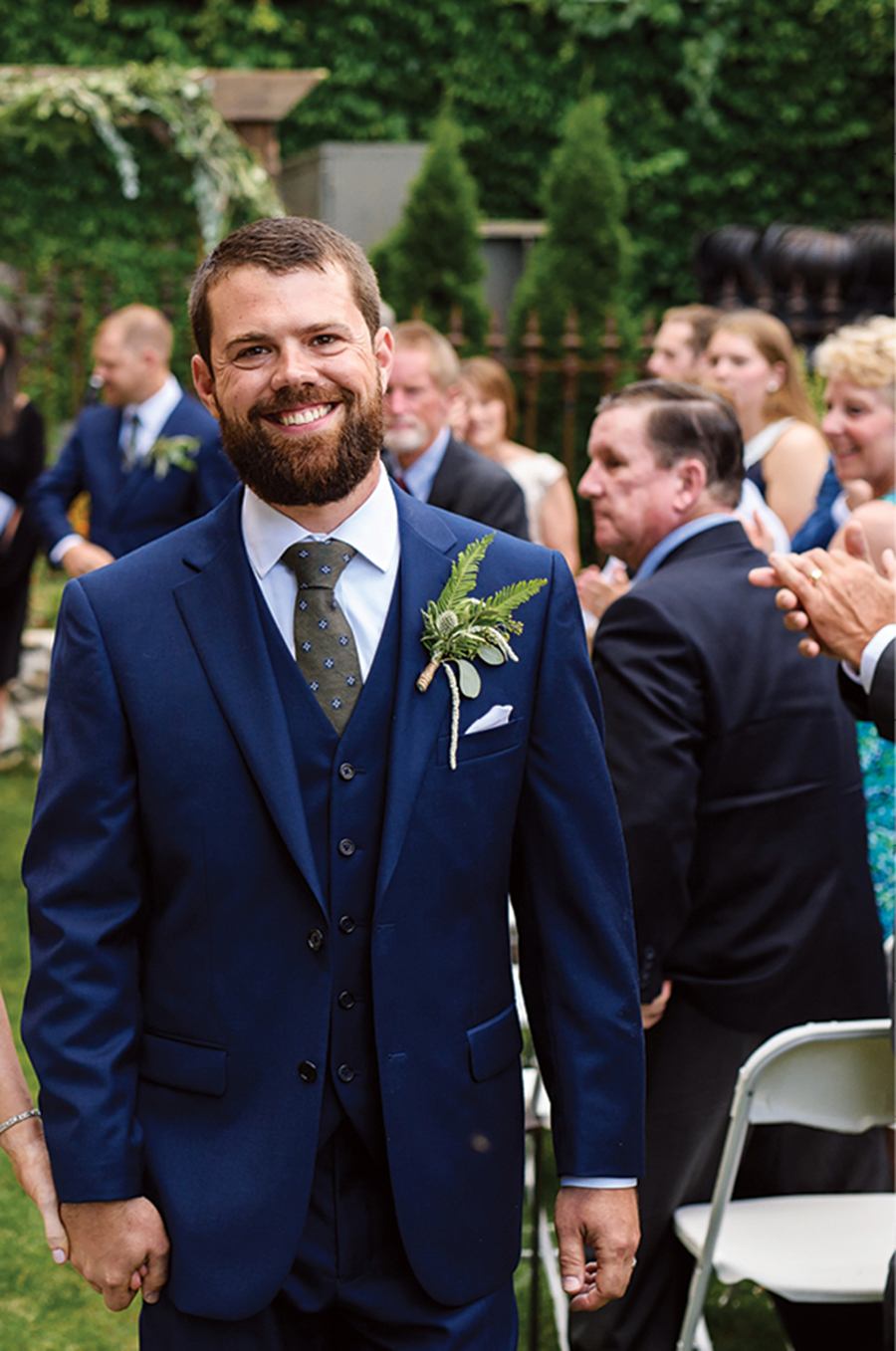 The bride had a strict “no roses” rule for her free-flowing bouquet. 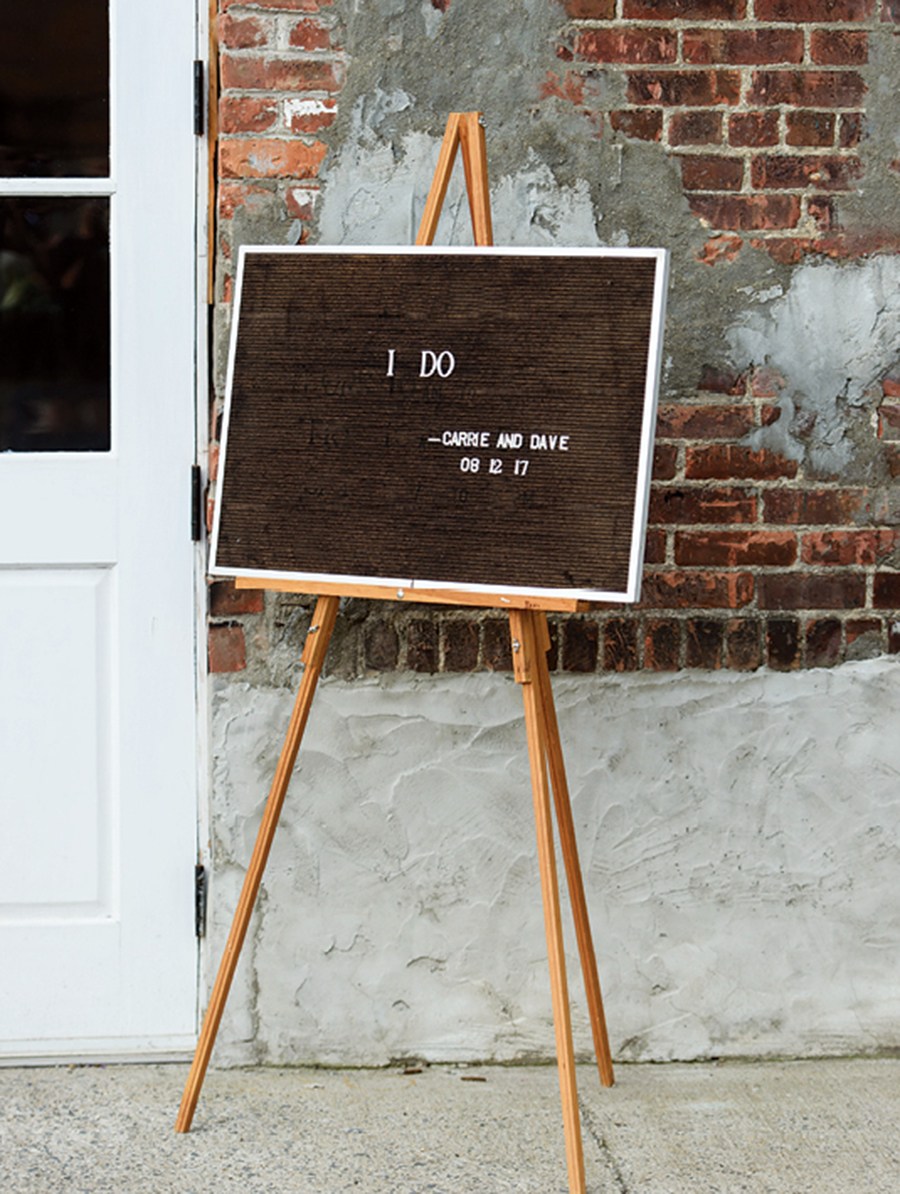 Carrie and Dave welcomed their guests with a vintage sign Carrie bought years ago. “Art is often most powerful when the viewer gets to create the meaning from something simple,” Carrie says. 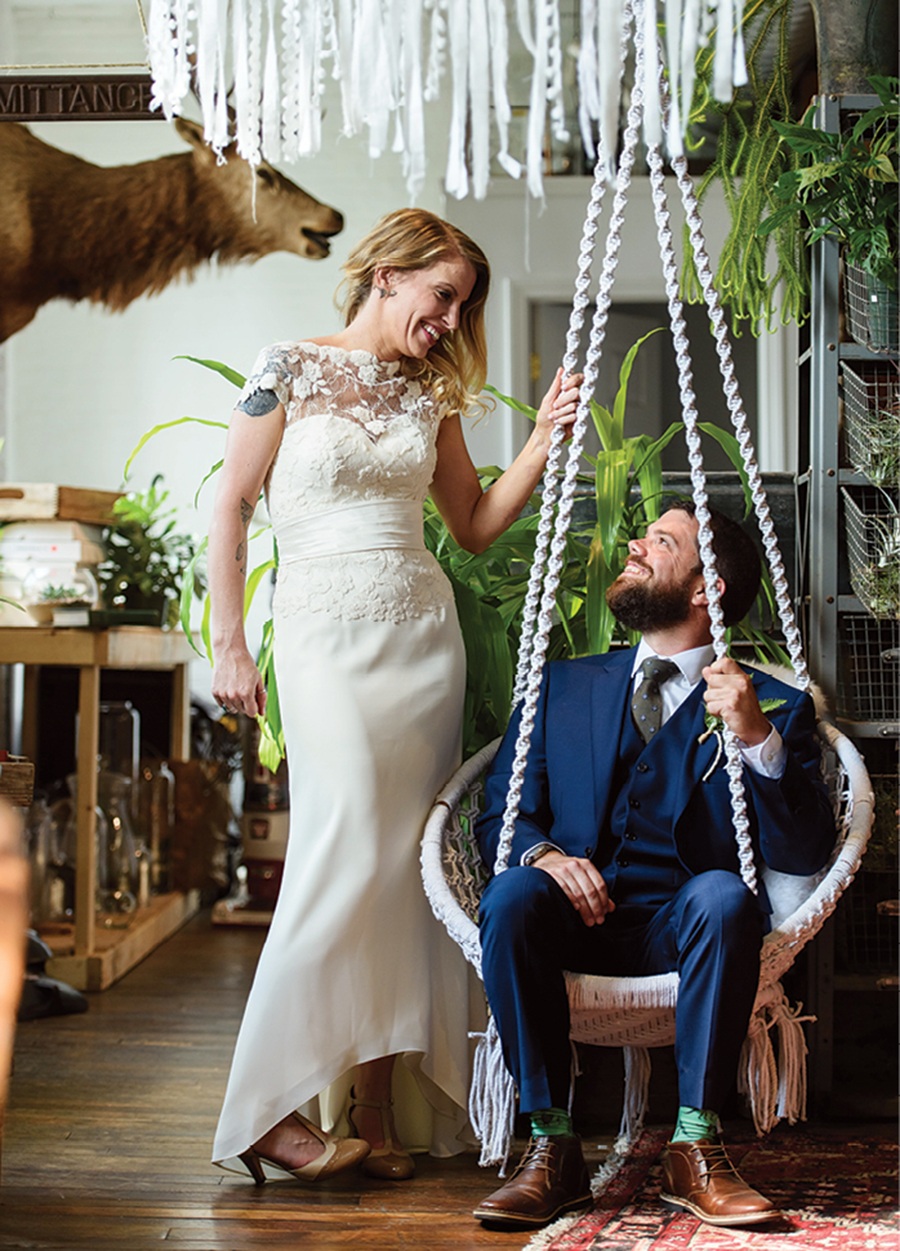 The couple posed for photos at their favorite plant boutique in Worcester, Seed to Stem. 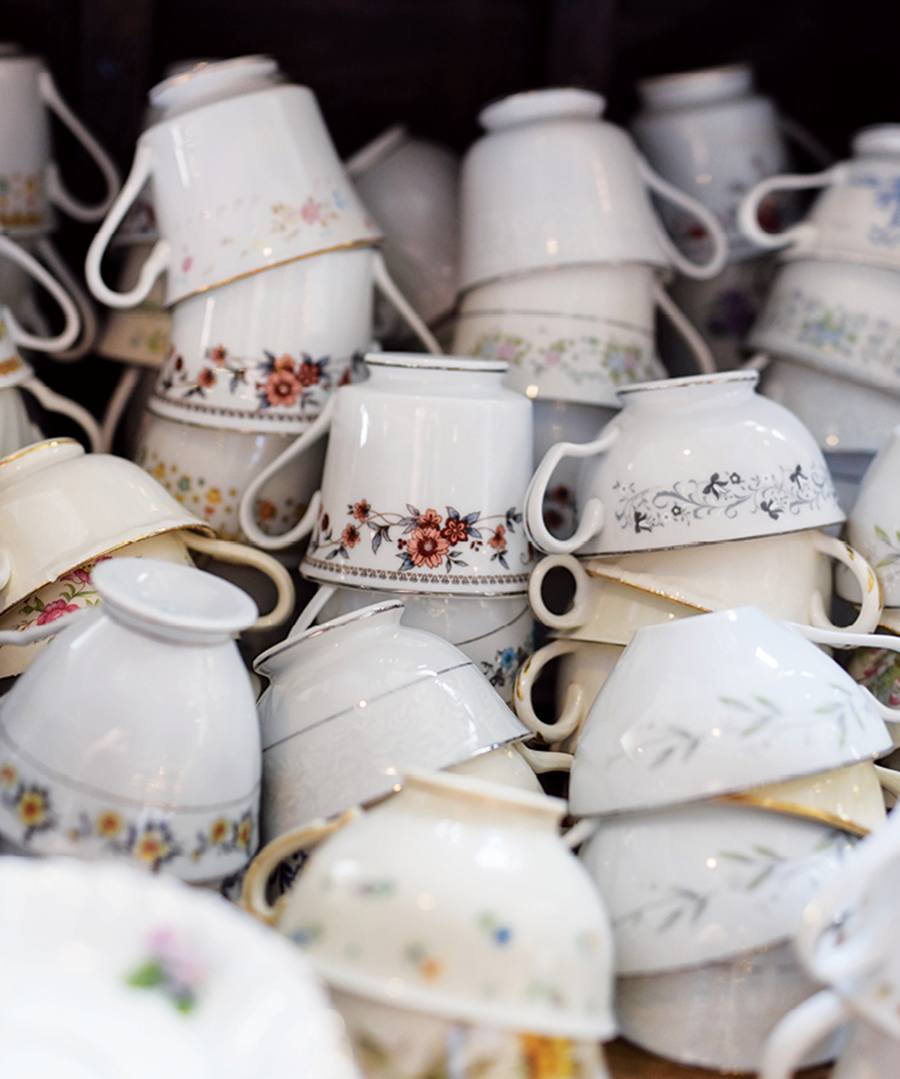