Wedding Experts: The Fly on the Wall

From the first look to the sendoff, videographer Christopher Sutorius captures your special day without interrupting the celebration. 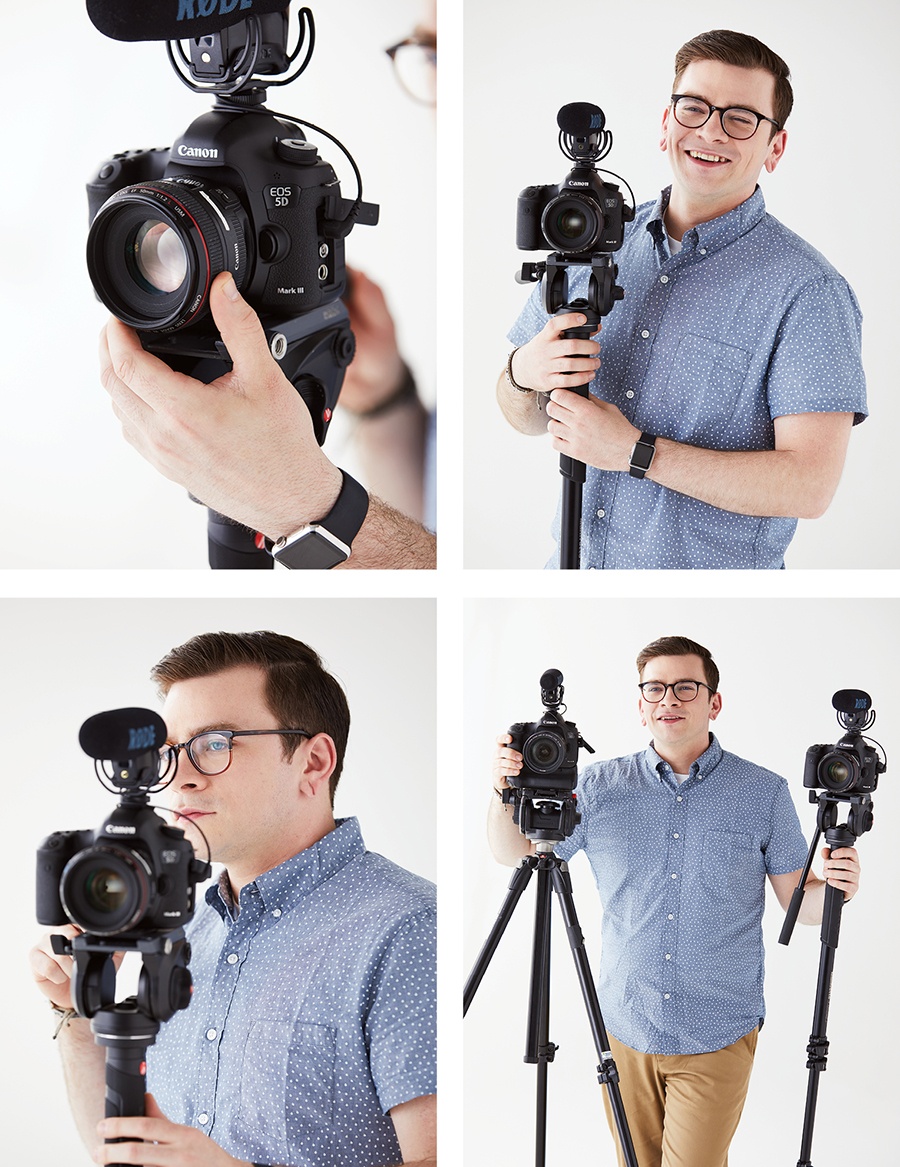 Sometimes less is more. So says videographer Christopher Sutorius, who relies on his minimalist instincts—and just two cameras—to film a wedding. “My approach allows me to better connect with the couple without focusing on unnecessary gear,” he says. “This also allows me to be present during more-intimate moments.” It’s a philosophy Sutorius has taken to heart as the owner of Boston-based ARA Films, the business he started in 2016 after years of working as a photographer in New York. He credits his experience in street photography—candid photos taken in public spaces—with teaching him how to document a wedding without drawing attention to himself. “It trained me to stay on my toes and be patient in order to capture meaningful moments that tell a story,” he says.

Where does the name “ARA” come from?

ARA Films was named after a constellation. I’m a bit of an astronomy nerd. The Ara constellation is often referred to as “the altar,” which is obviously a traditional element in many weddings.

If a couple has hired a photographer, why would they need a videographer, too?

It’s a long day, and it flies by fast. Pictures are great, but video captures people walking around, talking—moments that you may not have caught. When you watch the video later, it’s almost like you’re reliving your wedding. I feel like it’s more real than staged photos, and it’s generally directed around the couple.

What types of films do you create?

We do a ceremony edit and a toast edit so you can trace back and look at more-traditional moments. The ceremony edit covers everything throughout the ceremony: guest reactions, vows, and—of course—the kiss. The toast edit [includes all toasts] from the welcome to the thank-you speeches. When it comes to the highlight video, I offer a three-to-five-minute short film that tells the love story of the couple.

What do you need from clients to plan a successful shoot?

Usually it’s just one initial consultation to meet and greet, answer questions, and explain the services. Afterward, I follow up with an emailed questionnaire about 30 days before the wedding. I ask for the contact info for key vendors that I’ll be working with (such as the photographer and the DJ), and I also request a list of important shots, people, and decor they’d like to see in the film. I like to have people’s input so I know what to look for during the day.

How do you make someone who’s camera-shy feel comfortable?

I think the more you try to put people at ease, the harder it gets, so I take a “less is more” approach. As soon as the camera has been out for five minutes, they see how not in-your-face I am and they relax. People have a lot of negative associations with wedding videographers, so my goal is to flip that on its head and be really noninvasive. I’m super camera-shy myself, so I’m totally empathic. One thing you’ll always hear me say is “I’m not here.” I love to be ignored at weddings because I love candid shots. The more people get used to walking in front of me and around me, the better.

You’re filming for about eight hours. How do you decide what makes the final cut?

I look for key creative shots—something visually stimulating with a lot of color and depth of field. There may even be a questionable, abstract shot, like one that includes what the industry calls “bokeh,” or blurred light. For example, I had one shot where a bunch of Edison bulbs covered a balcony above a dance floor. Generally, you’d want the dance floor in focus, but I filmed it out of focus and left the blurred light bulbs. It looked bizarre to the eye, but when it comes down to the edit process, it was a nice filler shot.

What’s your favorite moment to shoot?

The first look is always good. That initial reaction when the couple sees each other for the first time is usually a great moment. Another favorite is the dancing toward the end of the night. I think when you get the couple beyond the structure of the day and they can be themselves out on the dance floor, those moments are really great. That’s when you see them loosened up.

Have you shot anything you didn’t think looked good in the moment but turned out well in the end?

It’s kind of a funny story. On my website, there’s a video from a wedding at Locke Falls Farm in Wonalancet, New Hampshire. We had the couple in a field. There were lots of bugs around, which is just really funny. The photographer was worried, but in the video, [the bugs] actually looked like these little sparkles of light. It’s a small detail, but it came out really well with the sunset.

What makes a wedding video stand out from the rest?

A lot of weddings are similar in flow and tradition, but it’s the people in them that engage you. As a viewer, you come to learn about who and what is special to them. That’s why I’ve done away with drones and huge teams. It’s not about that. It’s about the couple.

Christopher Sutorius dishes on the four audio clips every wedding video should include.