Forget St. Barts or Paris—from Rhode Island’s peaceful shores to the Arizona desert, try these honeymoon destinations on for size. 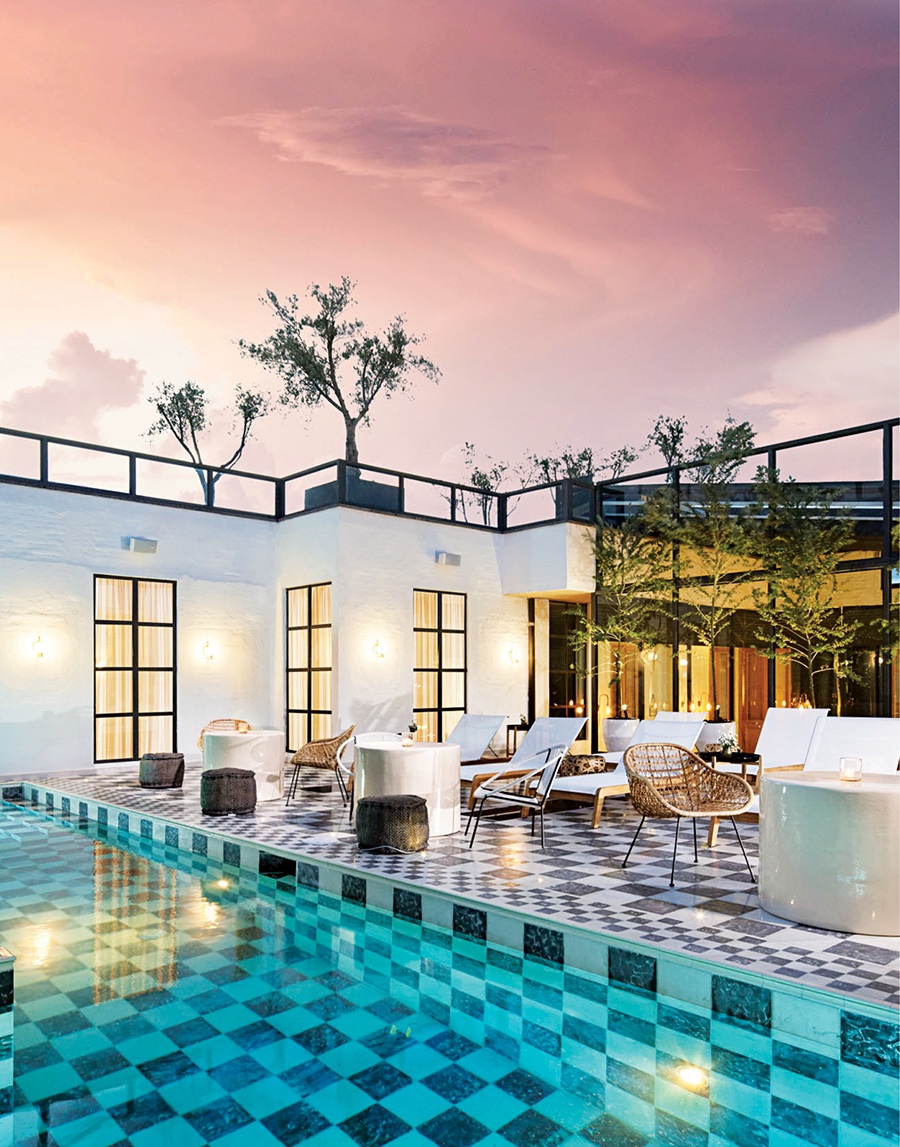 Culture is the name of the game in San Miguel de Allende. Located in Mexico’s central highlands, this UNESCO World Heritage Site tops “best places to visit” lists year after year. Here, among the colorful architecture, bustling mercados, and clusters of urban art and galleries, visitors can walk the cobblestone paths and take in the town’s bohemian vibes. And, of course, nothing says romance like watching the sun set behind the spires of the famous Parroquia church.

EAT: Farm-to-table gets a haute spin at Moxi, in the Hotel Matilda. Superstar chef Enrique Olvera, of Mexico City hot spot Pujol, draws heavily on local produce to populate his buzzy menu, which centers on Mexican cuisine with an international twist (think: pico de gallo with the crudo-like Peruvian staple tiradito). Have a seat in the eclectically decorated dining rooms, order a round of cocktails, and toast to each other over a tamal or two.

STAY: Design enthusiasts, this one’s for you. Located in a former metals factory turned avant-garde art casa, the 10 rooms of the L’Ôtel at Dôce 18 Concept House each give off a distinct, mod-meets-Mexico style. In addition, most rooms come with a gorgeous outdoor bathtub, as well as a fireplace and a balcony (and in some cases, even an indoor courtyard). The pièce de résistance? The Concept House’s decidedly art deco black-and-white-tiled pool.

PLAY: What’s a trip to Mexico without tequila? Claiming artsy San Miguel de Allende as its “spiritual home,” legendary small-batch tequila brand Casa Dragones boasts a gem of a tasting room in tribute. Shaped like a tequila bottle, the six-person, reservation-only space is tiled in obsidian gathered from the company’s agave fields in Jalisco. 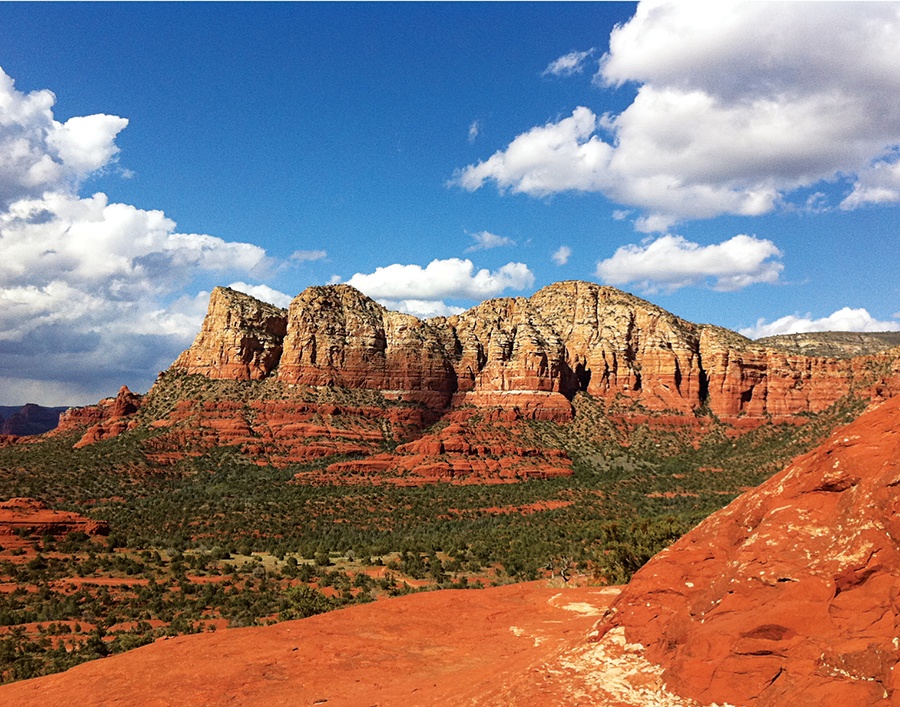 Tucked between two national forests, Sedona transports honeymooners to a verdant oasis ringed by stunning red rock formations. The location’s proximity to nature and spiritual sites means it’s an ideal destination for wellness-focused couples: You can just as easily trek through the trees as snag a vinyasa spot by the creek or shop for crystals downtown. If the metaphysical or the mindful interest you and your honey, Sedona might be your mecca.

EAT: OpenTable recently named Lisa Dahl’s Latin-inspired grill Mariposa one of the nation’s 100 best al fresco dining spots, and for good reason: Besides unparalleled views of the red rocks, it also features an herb garden, from which the noted chef sources many of her flavors. Meanwhile, an impossibly vast wine selection—stored in the restaurant’s massive, backlit wine fridge—guarantees endless pairings for Dahl’s decadent, organic-veggie-leaning dishes (fried avocados with pimentón aioli, anyone?).

STAY: What better way to unwind post-wedding than with a stay at a luxury resort and spa? With its assortment of private cottages and natural spa treatments, L’Auberge —located directly on Sedona’s Oak Creek—specializes in escapism. Book one of the Vista Cottages to enjoy a balcony hot tub and an outdoor shower, or opt for a more-secluded Creekside Cottage for primo access to the outdoors. And then, naturally, head to L’Apothecary Spa for a couple’s massage or a desert sage body scrub treatment.

PLAY: Energize body and soul with a hike to one of Sedona’s vortex sites. Vortexes, or supercharged centers of energy, are scattered all over the city and are thought to be restorative, both physically and spiritually. Luckily, it’s easy to get to the most popular destinations: Beginners might want to try Bell Rock, while seasoned hikers can tackle the steeper ascents of Airport Mesa or Cathedral Rock. Whichever spot you choose, expect to feel recharged and soothed after visiting. 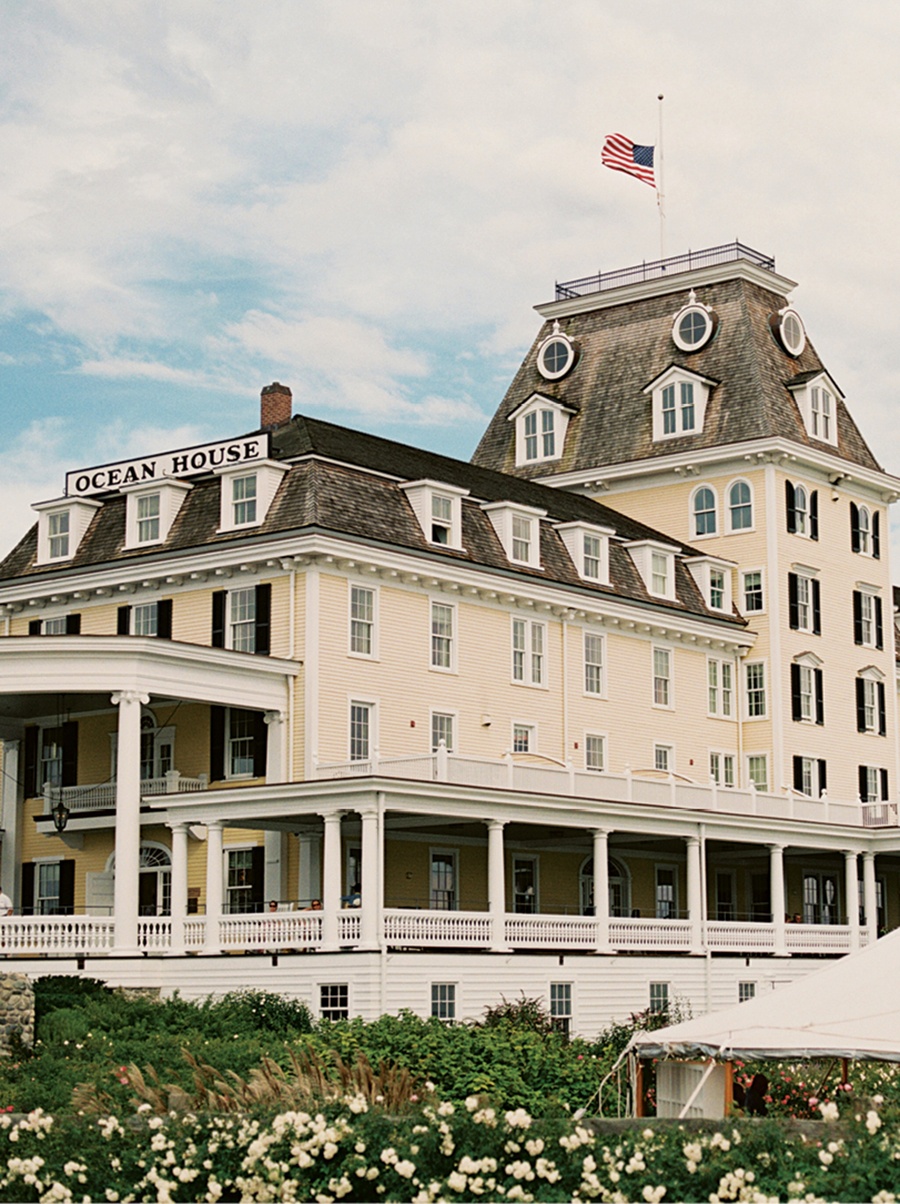 With its romantic harbor setting, dramatic Cliff Walk, and charming downtown avenues, Newport evokes a timelessness that sets it apart from other New England locales. Once the summer crowds depart, the town turns into the perfect newlyweds’ escape: Spend your honeymoon cavorting like a Kennedy, tea-partying like a Vanderbilt, or yachting like a Brown—on Aquidneck Island, the world is your oyster.

EAT: Stoneacre Brasserie’s move last year to Washington Square yielded some eye-catching results. But the restaurant’s revamped Parisian look is just the opener for its real star: the menu. The brasserie fare is seasonal to the point that it changes daily, moving through a rotation of localized, French-inspired dishes (truffled egg toast with regional mushrooms; tuna niçoise salad with local greens; grilled pork belly with ramps and pickled plum; all manner of frites) from breakfast to late-night bites.

STAY: You can’t go amiss with triple five-star luxury. Watch Hill’s Ocean House holds a prestigious 15-star rating from Forbes (five for lodging, five for food, and five for the spa), grouping the hotel with only 10 other properties around the world . The hype is well deserved: Each of Ocean House’s elegantly appointed suites boast courtesy iPads, 400-thread-count linens, and marble bathrooms with soaking tubs, and many feature in-suite fireplaces and private terraces with views of the Atlantic.

PLAY: No trip to Newport is complete without a stop at Brenton Point State Park. Perched on the southwestern tip of Aquidneck Island, the park teems with Rhode Island motifs: crashing waves, sprawls of rocky shores, and truly spectacular sunsets. Pack a picnic, explore the ruins of a historical estate, and end with a dip in the bay—and then top it all off with a 10-mile cruise along Ocean Drive.